by copperdragon
fact checked by dickensgirl

Since we are currently in the middle of the school year, it seemed a good time for a list of top movies about High School. For criteria, I tried to focus on movies set in or on the school grounds and classrooms, about High School life, including cliques and bullies, and involving the teachers (when possible). 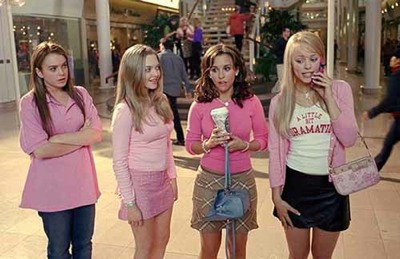 An excellent girl-clique companion to Heathers, and actually better in many people’s opinions. Also Lindsay Lohan’s best work to date. Cady is the new redhead that falls in with The Plastics, an A-list clique of supermodel-esque blondes. She then proceeds to fall for the ex-boyfriend of head-Plastic Regina (the wonderful Rachel McAdams). The Plastics plan their revenge, but Cady uses her jungle-environment home-schooling to get the last laugh. Also stars Tina Fey as the hot but socially awkward teacher, Ms. Norbury. 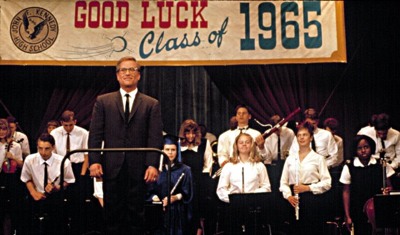 Glenn Holland is a musician and composer who takes a teaching job to pay the rent while, in his ‘spare time’, he can strive to achieve his true goal – compose one memorable piece of music to leave his mark on the world. As Holland discovers ‘Life is what happens to you while you’re busy making other plans’ and as the years unfold the joy of sharing his contagious passion for music with his students becomes his new definition of success. 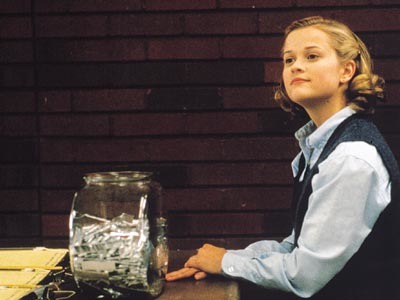 Tracy Flick is the most driven student at Carver High, who just happens to be having an affair with one of her teachers. Another teacher–Mr. McAllister–is having an affair with his wife’s best friend. Student Elections are under way, when Mr. McAllister persuades football jock Paul to run against Flick for his own pleasure. Flick, of course, is mortified that Paul is even trying to compete. Tammy, Paul’s lesbian sister who got dumped by her girlfriend to go with Paul, decides that running against her brother is the best revenge. Who will win the election this year? 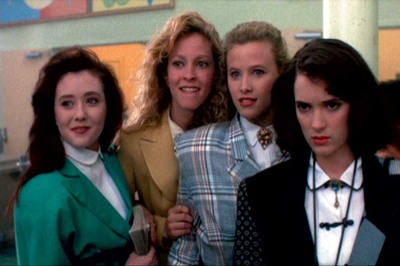 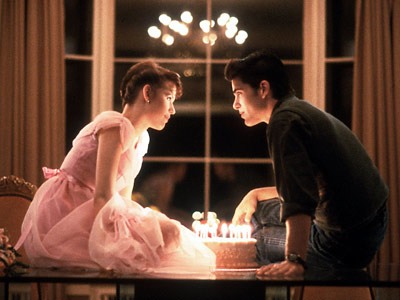 Samantha’s life is going downhill fast. The fifteen-year-old has a crush on the most popular boy in school, and the geekiest boy in school has a crush on her. Her sister’s getting married, and with all the excitement the rest of her family forgets her birthday! Add all this to a pair of horrendously embarrassing grandparents, a foreign exchange student named Long Duc Dong, and we have the makings of a hilarious journey into young womanhood.

10
Back to the Future 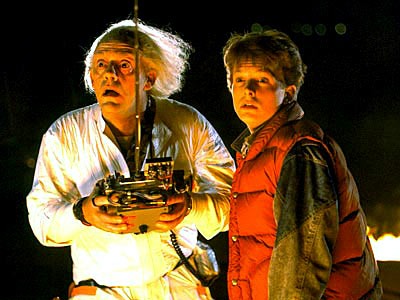 A great high school fish-out-of-water story, as Marty (Michael J Fox) is accidentally sent back to 1955 and deals with his parents at school while he tries to get back to his own time without disrupting their budding romance. “Peggy Sue got Married” follows a similar vein. 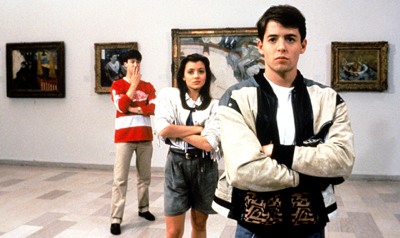 A much younger Matthew Broderick decides to take the day off school, roping in his girlfriend and his reluctant hypochondriac buddy, which angers his sister (Dirty Dancing’s Jennifer Grey) and principal (Jeffrey Jones in a role made even creepier by his latest news), who spends all day trying to catch him. Introduced Ben Stein as the epitome of the boring teacher. Bueller? Bueller?

The best High School horror movie. Sissy Spacek is a social outcast with a domineering and over-protective mother (a psychotic Piper Laurie). The school kids decide to humiliate her during the big dance. Carrie gets her telekinetic revenge by burning the place to the ground and killing her mom and the popular girl.

7
To Sir with Love 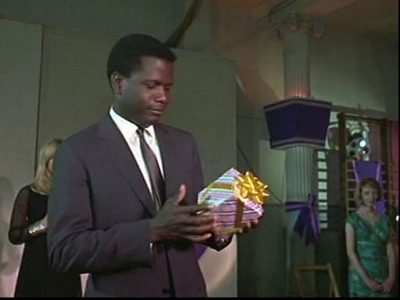 Engineer Mark Thackeray arrives to teach a totally undisciplined class at an East End school. Still hoping for a good engineering job, he’s hopeful that he won’t be there long. He starts implementing his own brand of classroom discipline: forcing the pupils to treat each other with respect. Inevitably he begins getting involved in the students’ personal lives, and must avoid the advances of an amorous student while winning over the class tough. What will he decide when the engineering job comes through? An inspiring film showing life in the 1960s. 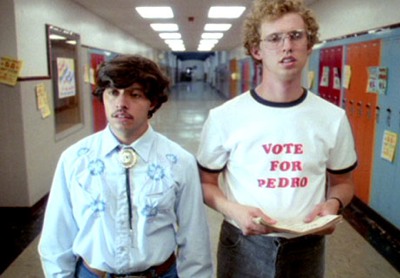 A picture perfect replica of 1980’s high school life in a small rural town. Napoleon is a geek who dreams of the popular girl while drawing unusual animals and fighting with his equally geeky older brother. He also decides to help new student Pedro become class president. Tater tots anyone? 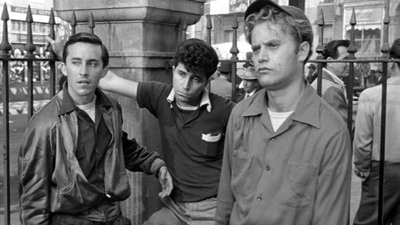 Richard Dadier earns a teaching assignment at a tough high school, where the teenagers make the rules and the staff meekly accept the fact that they’ve lost control. When Dadier tries exerting his authority, he receives much hostility from both students and faculty, culminating with his pregnant wife receiving anonymous letters with false accusations that he is romantically involved with another woman at school. In anger, Dadier hurls an accusation at Gregory Miller, a black youth whom he fears is against him. Miller doesn’t deny the accusation. Instead he escalates the confrontation, but does that mean that he was the culprit? 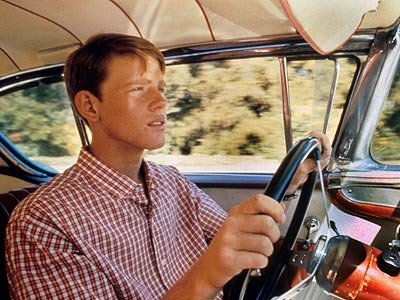 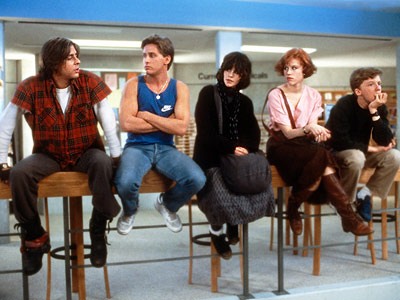 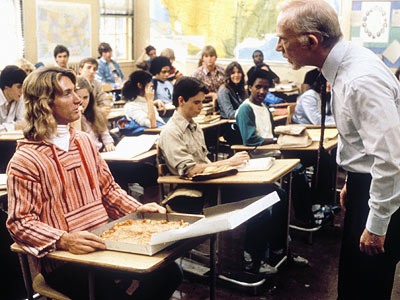 Dude! The ultimate high school vision of sex, school and rock and roll set in the 80’s in Southern California. (You get the feeling Cher from Clueless went to the same school). Sean Penn defined the laid-back surfer and battles stuck-in-the-mud Mr. Hand (a great Ray Walston), while Brad (Judge Reinhold) fantasizes (literally) about super-hot Phoebe Cates, who is getting sex-ed lessons from Brad’s sister, Stacy (Jennifer Leigh).
The soundtrack helped define the 80’s valley culture as well. 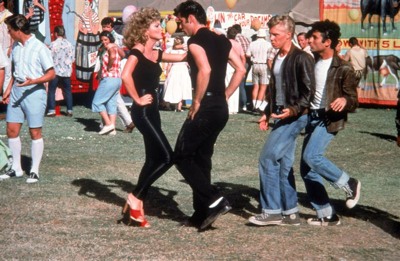 Greased Lightning! Set in the 50’s in Southern California, John Travolta’s greaser/hoodlum Danny falls in love with Olivia Newton-John’s transplanted virginal Aussie, Sandy, during the summer before Senior Year. Sandy ends up at Danny’s high school, where he rules the school with the Thunderbirds and their female counterparts, the Pink Ladies. Danny’s embarrassed to admit that he loves Sandy, while the Pink Ladies are determined to embarrass both. Hi-jinks include an American Bandstand-like dance contest, a street race against the rival gang, and an end-of-school carnival.

+
Rebel Without A Cause 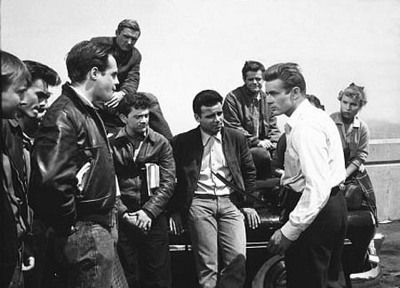 I [JFrater] have added this film to the list as a bonus because it is my favorite High School film. It is a bonus rather than an item on the list because it is really more about a focus on family life than school life. So, the synopsis: Jim Stark is the new kid in town. He has been in trouble elsewhere; which is why his family has had to move. Here he hopes to find the love he doesn’t get from his middle-class family. Though he finds some of this in his relationship with Judy, and a form of it in both Plato’s adulation and Ray’s real concern for him, Jim must still prove himself to his peers in switchblade knife fights and “chickie” games in which cars race toward a seaside cliff.

Sources: Some text is courtesy of IMDB, the Internet Movie Database