[WARNING: Some images may disturb.] Slavery has been a part of human society since its beginning – and it continues to thrive today. This list looks at some facts about slavery that should (for the most part) be unknown to most of our readers. This is a look through history at how slavery has existed and survived through time. 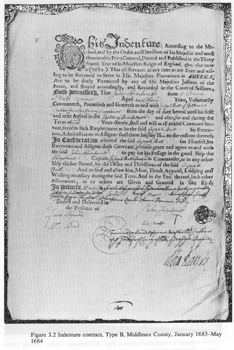 Slavery was officially established in Virginia in 1654, when Anthony Johnson, a black man, convinced a court that his servant (also black) John Casor was his for life. Johnson himself had been brought to Virginia some years earlier as an indentured servant (a person who must work to repay a debt, or on contract for so many years in exchange for food and shelter – image of a contract above) but he saved enough money to buy out the remainder of his contract and that of his wife. The court ruled in Johnson’s favor, and the very first officially state-recognized slave existed in Virginia. Johnson eventually became very wealthy and began importing his own black slaves from Africa, for which he was granted 250 acres (at the time, any person importing a slave would be paid 50 acres per person). Eventually the unfortunate repercussions of this decision would come back to haunt Johnson when his land was confiscated and given to a white man because Johnson “was a Negroe and by consequence an alien.” 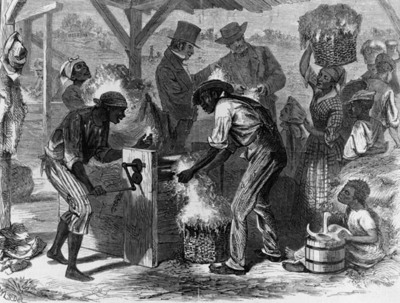 In the second part of the eighteenth century, slavery was beginning to disappear naturally in the United States as farmers were planting crops that required far less manual work. Many slave owners freed their slaves and it began to look like slavery would die out completely. But things were to change. In 1793, Eli Whitney invented the cotton gin (a device for processing raw cotton). This meant that a single man could process fifty times more cotton in a day than previously – making cotton a huge money making crop. This caused the almost immediate replacement of many crops with cotton, and slavery became once again firmly entrenched until its modern abolition. 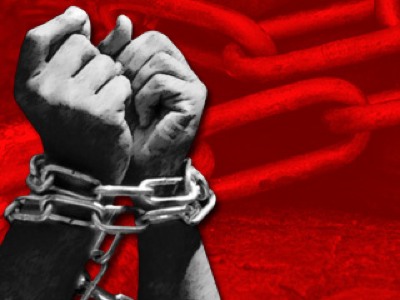 The word “slave” comes to us from Byzantine Greek “sklabos” which was the name for the Slavic people. The reason for this is that the Vikings used to capture the Slavs and sell them to the Romans as slaves. The term only dates back as far as 580 AD as the Latin word “servus” was more commonly used before that for all kinds of servants – enslaved or not.

7
The Bible and Slavery 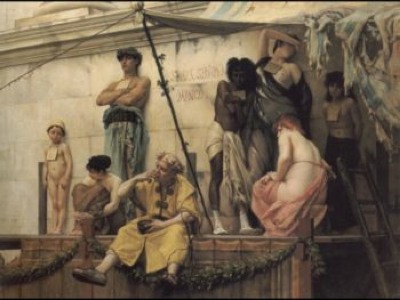 The Bible does not expressly condone or forbid slavery. In the New Testament, Jesus heals a slave and commends his owner for his faith. He does not take the time to condemn the slave owner for having a slave, nor at any point does he try to suggest that slavery is wrong. Saint Paul said this to slave owners: “Do not threaten [your slaves], since you know that He who is both their Master and yours is in heaven, and there is no favoritism with Him” (Ephesians 6:9). The Old Testament goes a little further and reminds people to treat their slaves well. The most likely reason for this apparent moral discrepancy is that the Bible was penned at a time when slavery was not only widespread, but considered perfectly normal and moral – there was no reason to mention it as most people wouldn’t have considered it an issue worth thinking about. Slaves at the time were also generally treated much better than the slaves of modern times, and would usually end up being made free after a number of years servitude.

6
Land of the Free 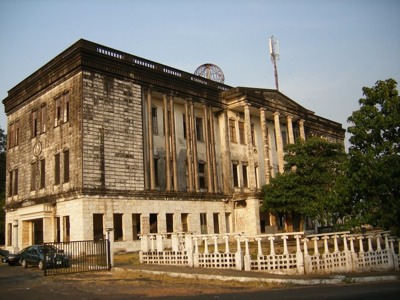 Liberia is a small nation on the west coast of Africa, surrounded by Sierra Leone, The Ivory Coast, Guinea, and the Atlantic Ocean. In 1822, Liberia was founded as a colony by American slaves who had been freed. So thankful were the slaves for the efforts of President James Monroe that they named their new capital city after him (Monrovia). The area was populated by various native ethnic groups and the American slaves had a tendency to look down on them as uncivilized. In 1847, the freed slaves declared independence and the nation was officially born. For its first 133 years, the country was a one-party state dominated by the Americo-Liberians. Ironically, the Americo-Liberians and their children were the only people considered citizens and allowed to vote. Liberia is currently the only (and first) African nation to have an elected woman (Ellen Johnson-Sirleaf) as its head. Liberian English (the official language in Liberia) is a transplanted variant of the English spoken by African American slaves in the 19th Century. The freed slaves turned Liberia into a replica of the cities they left in the United States – as can be seen by the now dilapidated Masonic Temple above which is in Monrovia.

5
A Mark Of Honor 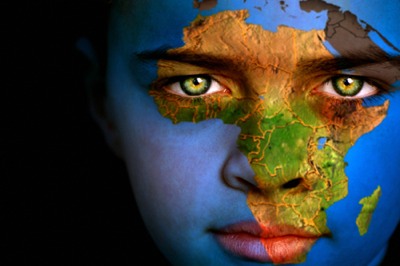 In Africa, prior to the arrival of European slave traders, slavery was a normal part of life. The thing that makes it stand out from European style slavery was the fact that it was a sign of good reputation and honor if a slave owner treated his slaves with respect and kindness. The better treated your slaves, the more honorable and highly regarded you were. Manhandling a slave (as the Europeans were wont to do) was considered unethical and you risked your reputation if you did not feed, clothe, and provide quality surroundings for your slaves. 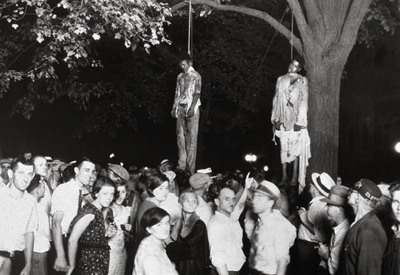 Charles Lynch was a farmer and American revolutionary from Virginia. During the American Revolution, he headed an irregular court which tried and punished loyalist supporters of the British. The sentences handed down were usually property seizure, flogging, or conscription into the army. After the revolution, Lynch became a member of the Virginia Senate. He is, of course, now famous for the term “lynching” or a “lynch mob”. Lynching of slaves initially started out as flogging, but within a short period of time this progressed to summary execution (usually by hanging). Lynchburg in Virginia is named for his brother John. 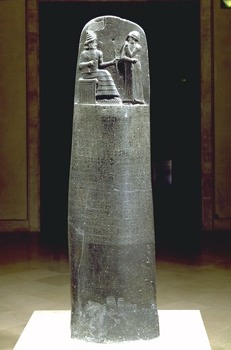 Slavery is an ancient practice; it is referred to in man’s earliest records such as the Code of Hammurabi (1760 BC, pictured above), the earliest known law code – from Babylon. It is mentioned in the Bible and some of the ancient philosophers (including Aristotle) believed that some men were born in a natural state of slavery – thereby making it moral to enslave that man (a nice way to justify it if ever there was one). Slavery in those days was often the punishment for debt – once the debt was repaid, the slave might be released. 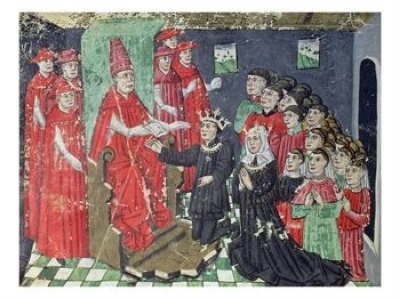 While the Catholic Church has repeatedly condemned the idea of slavery, there was a short period in the 15th and 16th centuries when it was allowed by special papal permission. The Pope who gave permission was Pope Nicholas V (pictured above) in 1452 when he issued a special bull (a formal letter issued by the Pope) allowing King Afonso V of Portugal to enslave pagans caught during wars. The pertinent text is:

“We grant you [Kings of Spain and Portugal] by these present documents, with our Apostolic Authority, full and free permission to invade, search out, capture, and subjugate the Saracens and pagans and any other unbelievers and enemies of Christ wherever they may be, as well as their kingdoms, duchies, counties, principalities, and other property […] and to reduce their persons into perpetual slavery.”

In 1537, Pope Paul III returned to the traditional anti-slavery view of the Church. 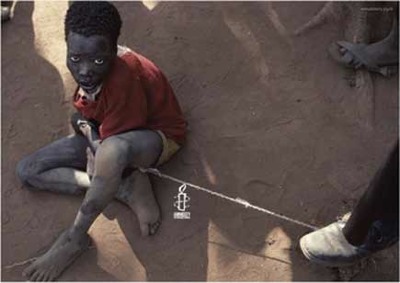 According to studies done by anti-slavery groups, there are currently more slaves today than at any time in history! Three quarters are female and over half are children. It is believed that there are around 27 million people in slavery right now. Furthermore, this number does not include people who are not technically slaves but are in a form of servitude tantamount to slavery. This is sometimes called “unfree labor”. The average slave today costs around $90 – whereas in the past they cost upwards of $40,000 (in today’s money). A study done at Berkeley University estimates that there are around 10,000 slaves in the United States at the moment. [Source]