Civil lawsuits cost the US economy over 200 billion dollars per year! According to the US Federal News, every taxpayer in the US is now paying a “lawsuit tax” of around $700 – $800 per year. It is no surprise that personal injury lawyers are thriving in the States and that the law schools are packed to overflowing with potential new lawyers. This list takes a look at some of the bizarre lawsuits that these lawyers have had to handle – some dealing with personal injury lawsuits, and others with cases so weird that they lack a category entirely. This list deals with recent lawsuits only. 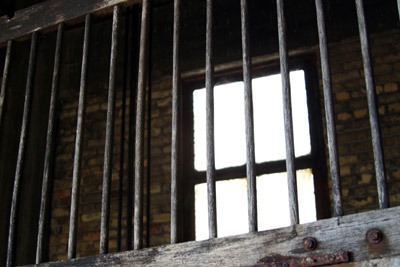 Robert Lee Brock, a prisoner in Virginia in 1995 wished to be removed from prison and placed in a mental institution. In order to achieve his goal, he decided to sue himself. He claimed that his crime was committed whilst he was drunk, which was a violation of his religious beliefs. He claimed that he had violated his own civil liberties. He sued himself for $5 million but to make matters worse, he claimed that the state should pay as he was behind bars and without an income. Thankfully the case was dismissed and Brock didn’t get his transfer. 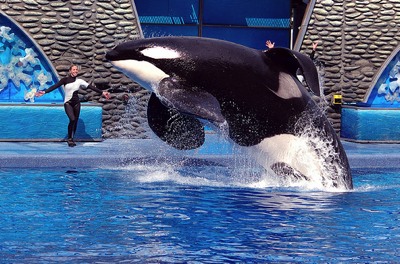 In 1999, Daniel Dukes, a 27 year old moran from Florida hatched a clever plot so that he could have his life long dream of swimming with a whale fulfilled. He hid from the security guards at Sea World and managed to stay in the park after closing. Shortly after, he dived into the tank containing a killer whale – fulfilling his dream. Daniel was killed by the whale. His parents proceeded to sue Sea World because they did not display public warnings that the whale (Tillikum) could kill people. They also claim that the whale is wrongly portrayed as friendly because of the stuffed toys sold there. Tillikum is pictured above at Sea World, where the trainers will not enter the pool with him due to the fact that he has now been involved in two deaths. [Image source] 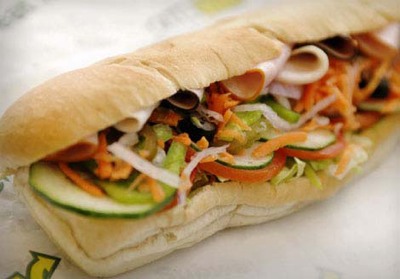 A 27 year old New Yorker is suing Subway because he took a bite of a sandwhich and found a 7 inch knife baked into the bread. The knife did not cut him and he did not swallow it. The reason he is suing is because he was violently ill with “severe stomach issues” for three hours and he claims that he caught food poisoning from the handle of the knife which was plastic and, according to the man, filthy. He is suing for $1,000,000. 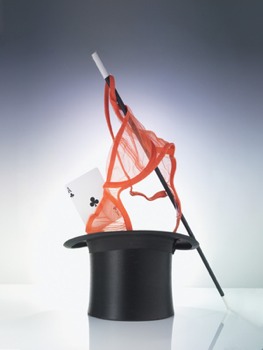 This is a true case of believe it or not. Christopher Roller, a resident of Minnesota sued David Blaine and David Copperfield – demanding that they reveal their secret magic tricks to him. He demanded 10% of their total income for life. The reason for the suit is that Roller believes that the magicians are defying the laws of physics, and thereby using godly powers. But it gets worse. Roller is suing not just because the magicians are using God’s powers – he is suing because he thinks he is God and therefore it is his powers they are stealing. 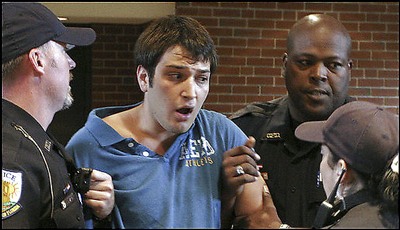 Marcy Noriega, a California police officer decided to tase a suspect in the back of her car when he became uncontrollable and started kicking at the windows. Noriega drew her taser from her belt and fired it at the man. Unfortunately for the crook, the officer had accidentally drawn her gun instead, and she shot him in the chest – killing him. The city is now suing the taser company, arguing that any reasonable officer could mistakenly draw and shoot their gun instead of their taser. They are suing for the full costs of the wrongful death lawsuit which the man’s family has filed against the city. 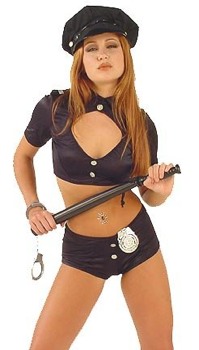 This is a recent case in which a 52 year old traffic officer from Los Angeles sued Victoria’s Secret for damage to her eye. The damage was caused, claims the cop (Macrida Patterson), when she was trying on a new thong. The tight fit caused a metal clip to fly off hitting her in the eye. The case was filed on June 9, 2008 and Officer Patterson is seeking unspecified damages. The courts have not yet informed the officer that as a traffic cop, she doesn’t need fancy underwear as she is unlikely to ever have a date anyway.

4
PETA Vs Division of Fish and Wildlife 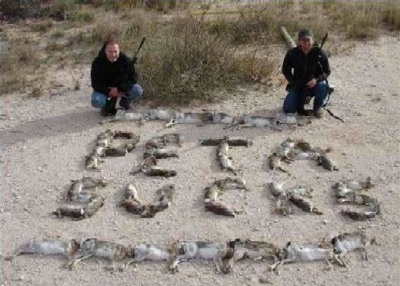 PETA, the often-insane animal loving organization held an anti-hunt protest in 2001 – defending the rights of deer to live. On they way home from the protest, two members hit a deer which had run on to the highway. The members informed the New Jersey Division of Fish and and Wildlife that they intended to sue for damages and injuries. In their letter they stated that the Division were responsible for the damages “as a result of their deer management program, which includes, in certain circumstances, an affirmative effort to increase deer population.” 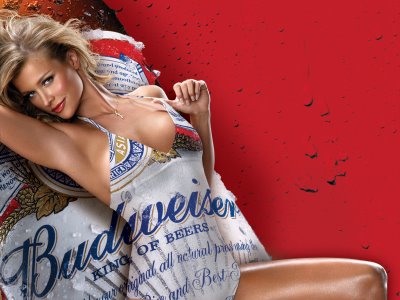 For a while in the 1990s, Anheuser-Busch, the producers of Budweiser, ran a series of ads in which two beautiful women come to life in front of two truck drivers. A Michigan man bought a case of the beer, drank it, and failed to see two women materialize. Cue the lawsuit. He sued the company for false advertising, asking for a sum in excess of $10,000. Thankfully the court dismissed the suit and the man remained penniless and dateless.

2
Woman Vs Act of God 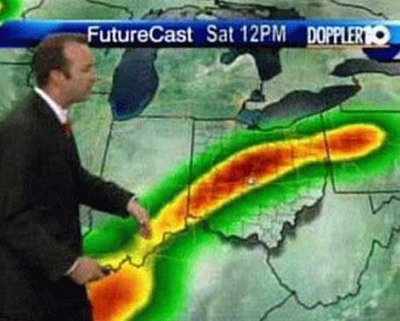 We all know that the weather reports are frequently wrong and we take that into account when planning our days, but this was not the case for an Israeli woman who sued a TV station for making an inaccurate prediction. The station predicted good weather but it rained. The woman claimed that the forecast caused her to dress lightly – resulting in her catching the flu, missing a week of work, and spending money on medication. She further claimed that the whole incident caused her stress. She sued for $1,000 – and won. 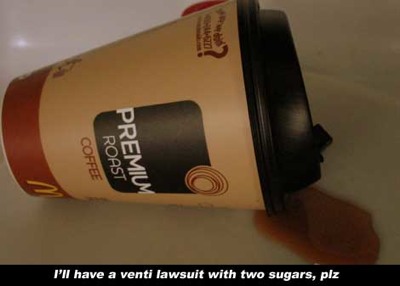 In 1992, a seventy-nine year old Albuquerque woman (Stella Liebeck) bought a coffee from a McDonald’s drive through. Her grandson was driving and he parked the car so she could add cream and sugar to the drink. She put the cup between her knees and pulled the lid toward her – inevitably the coffee spilt in her lap. She sued McDonald’s for negligence because she claimed the coffee was too hot to be safe. Unbelievably the jury found that McDonald’s was eighty percent responsible for the incident and they awarded Liebeck $160,000 in compensatory damages. But it gets worse: they awarded her $2.7 million punitive damages! The decision was appealed and the two parties ultimately ended up settling out of court for a sum less than $600,000.