From prohibition to books, no matter how much we like to think we live in a free society, there is always something being banned. While many of these things don’t affect us all, many of them do. Furthermore, the whole concept of a minority (politicians) banning things for the majority is repugnant. This is a list of ten things recently banned, which led to controversy. 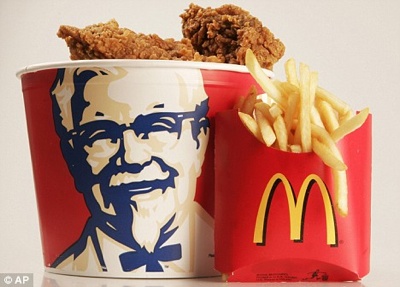 Food companies favor trans fats because it allows their products to stay fresh on the shelves longer and it is also made from less expensive oils keeping production costs down. The main concern with trans fats is the body is unable to break down trans fatty acids causing them to build up triggering high cholesterol and in some cases heart disease. In 2003 Denmark became the first country to ban foods containing large amounts of trans fats. Under this ban no more than two per cent of the fats and oils in any food product can contain trans fats. This effectively limits people’s trans fat intake to less than one gram per day. Switzerland followed with a similar ban in 2008.

Interesting Fact: The Center for Science in the Public Interest sued KFC over its use of trans fats in their fried foods. KFC then reviewed alternative oil options saying “there are a number of factors to consider including maintaining KFC’s unique taste and flavor of Colonel Sanders’ Original Recipe”. In 2006, KFC announced that it will replace the partially hydrogenated soybean oil it currently uses with a zero-trans-fat low linoleic soybean oil in all restaurants although its biscuits will still contain trans-fats. 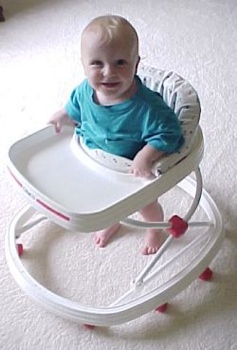 In 2004 the Canadian Health Minister announced the Government’s immediate ban on baby walkers. Between 1990 and 2002, the ministry said, there were 1,935 reports of infants being injured using the walkers. It was determined that young children “do not have the necessary skills, reflexes or cognitive abilities to safely make use of the product”. The most common accident occurs when babies fall down stairs. The ban prohibits retailers from selling, advertising or importing baby walkers. Canada is the only country so far to ban Baby Walkers.

Interesting Fact: Many parents believe that baby walkers teach a child to walk faster; however, studies suggest that it is not true, and they may actually delay walking by two to three weeks. 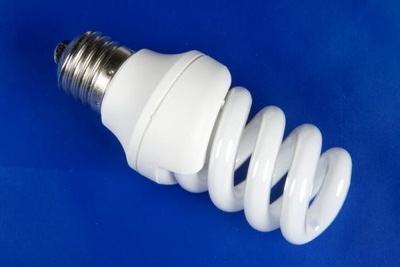 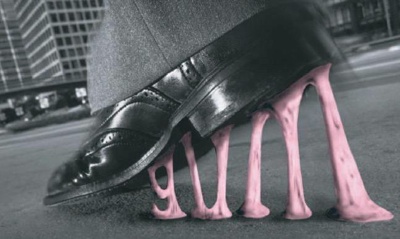 Chewing gum was banned in Singapore in 1992 and was revised in 2004. Incorrect disposal of chewing gum on chairs, tables, floors and on the door sensors of the new metro system led to the ban. Regulations also did not make any provisions for personal use of quantities to be brought into Singapore. Therefore, bringing chewing gum into Singapore, even in small quantities was prohibited. In 2004 the Singapore Government recognized the proven health benefits of certain gums such as sugar-free gum that contains calcium lactate to strengthen tooth enamel. Medical gum was then allowed provided it was sold by a dentist or pharmacist who must take down the names of the buyers. Singapore is the only country with a chewing gum ban.

Interesting Fact: The Chicago-based Wm. Wrigley Jr. Company enlisted the help of a Washington, D.C lobbyist and the chairman of the U.S. House Ways and Means Subcommittee on Trade, to get chewing gum on the agenda of the United States-Singapore Free Trade Agreement. This caused the 2004 revised ban allowing the medical improvement type gum. 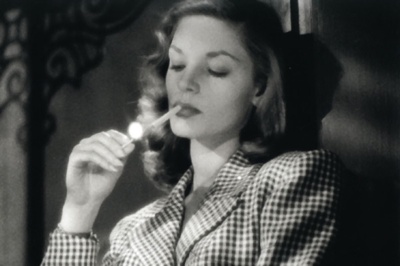 In 2005 India became the first country to ban smoking and tobacco on-screen prohibiting all scenes showing the consumption of all tobacco products in movies and television programs. Whenever an actor smokes or consumes a tobacco product on screen, television channels must blur the scene. Films that already contain such scenes must run a scroll at the bottom of the screen, warning of the dangers of tobacco use.

Interesting Fact: Earlier this year the Delhi High Court overturned the Indian federal ban on performers smoking in films saying it is a reality of life and any censorship on its depiction would violate creative artists’ fundamental right to freedom of speech and expression. 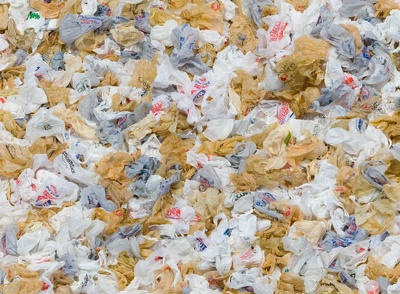 Somewhere between 500 billion and a trillion plastic bags are consumed worldwide each year. In 2002 Bangladesh became the first country to ban plastic bags outright after discovering the bags blocked drains and was one of the main causes of the devastating floods of 1988 and 1998. Another problem with plastic bags is they do not biodegrade in landfills and pose a danger to many marine mammals. Thin plastic bags are now banned in South Africa and thicker ones are taxed. Similar laws exist in many other countries. Australia and the United Kingdom are also considering bans. In the United States the cities of San Francisco and Oakland have banned plastic shopping bags completely and promote reusable and compostable sacks.

Interesting Fact: According to one statistics choosing paper or plastic may just involve choosing which resource to consume. According to the Natural Resources Defense Council, the plastic bags used annually in the United States require about 12 million barrels of oil to produce. Paper bags require about 14 million trees. In a landfill, plastic bags take up less space than paper. 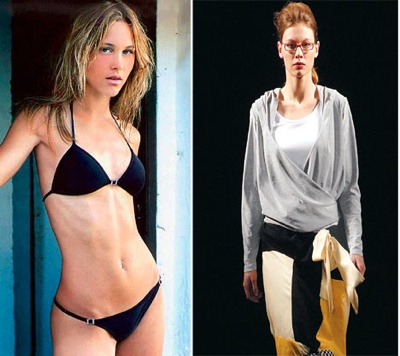 The move to ban super skinny or size-zero models came in 2006 after the death of 22-year-old model Luisel Ramos (shown on the right) who died of a heart attack moments after stepping off the catwalk. Ramos apparently was eating nothing but green leaves and diet coke for three months. Reports said she’d been told by her modeling agency that she would have a big future if she would loose a lot of weight. Stylists signed a joint declaration with the Italian government stating that, all models in shows must have a body mass index of 18 and above and must be “full bodied and healthy.” Madrid’s annual fashion show also banned models with a body mass index of less than 18 and there are calls for similar restrictions at London fashion shows.

Interesting Fact: In early 2007, Luisel’s 18-year-old sister Eliana Ramos, also a model (shown on the left) also died of an apparent heart attack believed to be related to malnutrition. 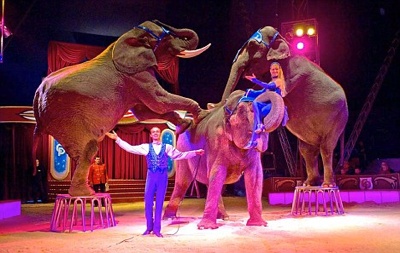 This is the most recent ban on the list and gained momentum after members of the Bolivian wing of an animal rights group went undercover. They revealed that animals in circuses are confined to cages without room for them to move around and forced to stay crammed in cages for the majority of their lives. The Bolivian Senate agreed to the ban and President Morales signed it into law in July 2009. There are similar bans on animal use in circuses in Austria, Costa Rica, Finland and Denmark where it is prohibited to use certain species of wild animals. Bolivia is the first and only country to ban both wild and domestic animals from traveling circus.

Interesting Fact: The recent attention given to animal cruelty in circuses has prompted Ringling Bros. and Barnum & Bailey Circus to release a fact sheet on how their animals are treated. You can read the fact sheet here. 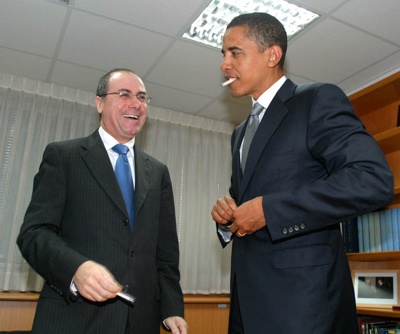 Everyone is familiar with the recent smoking regulations that have affected smokers all over the world. In 2004 Ireland became the first country to prohibit smoking in all indoor workplaces including restaurants and bars. In 2008 a small mountainous kingdom between India and China called Bhutan was the first to ban smoking and tobacco sales outright. Authorities celebrated the ban by igniting a bonfire of cigarettes in the capital city and hanging banners across the main thoroughfare urging people to kick the habit. Violators in Bhutan are fined $232 (more than two months’ salary) The Ban on tobacco has caused an increase in the illegal trade of tobacco products to Bhutan. No other country so far has banned smoking and tobacco outright.

Interesting Fact: The first modern, nationwide tobacco ban was imposed by the Nazi Party. Smoking was prohibited in every German university, post office, military hospital, and Nazi Party office. The Institute for Tobacco Hazards Research was created in 1941 under orders from Adolf Hitler. Major anti-tobacco campaigns were widely broadcast by the Nazis until the end of the regime in 1945. 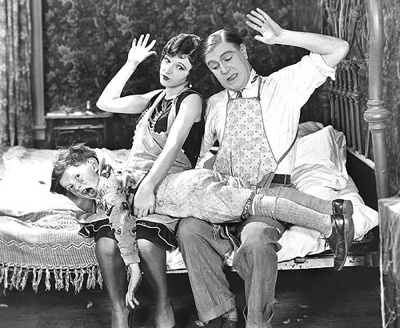 Sweden was the first country to ban parental spanking back in 1979. It took many years before another country would follow but now a total of 24 countries have passed similar laws. The most recent countries are Venezuela, Uruguay, Portugal, Spain and New Zealand in 2007 (though a referendum is being held to determine whether the anti-smacking bill should be repealed this year since the change of government) and Costa Rica and Republic of Moldova in 2008. There have been many studies done on the results of the Sweden spanking ban. Some studies suggest it has reduced child abuse in the country to almost zero. Other studies show Sweden with a lower rate of child deaths due to abuse than 20 out of 27 developed countries. Another recent report by Sweden suggested that the spanking ban has made little change in problematic forms of physical punishment.

Interesting Fact: In the United States (In all 50 states) it is legal for parents to spank or paddle their children. In 23 states corporal punishment is still legal in public schools. Canada bans corporal punishment for children under two and over twelve years of age, as well as the use of any objects such as a paddle.