Animals: they have had their fair share of lists, including Top 15 Unusual Deep Sea Creatures, Top 10 Badass Living Creatures, and Top 10 Ugliest Creatures. However, not a single list has been dedicated to those creatures that just make you go awww. From cute to cutest, here are the animals in the wild kingdom that have been naturally selected to distract their prey just by simply being adorable (or were bred to be)! Happy weekend! 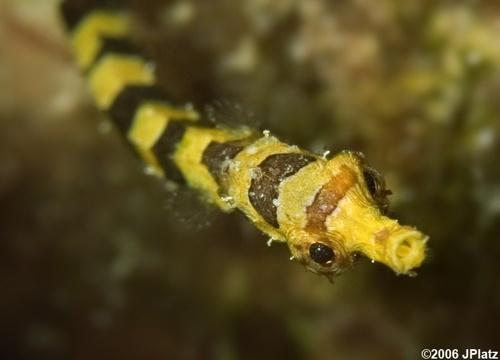 These thin fish belong in the same family as sea horses and sea dragons. They are much cuter, though, probably due to their nose-like snouts. Most live in salt water, but a few live in fresh water. Like sea horses, the male carries his partner’s eggs for quite some time.

Fun Fact: The love life of these fish is pretty varied. Some species mate for life, some mate with several different partners, and some female members of various species mate with multiple partners at the same time. 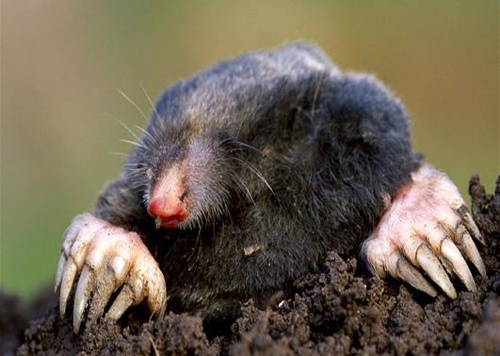 These small Insectivores are covered in fur which hides most of their features… which is what makes them so adorable. The European Mole spends most of its life underground, digging tunnels and eating insects. They are well known for their poor eyesight, which isn’t really needed underground. They may be cute, but they can cause problems for an unlucky gardener or farmer, as the Mole’s burrowing can damage crops and plants. Not to be confused with the rather ugly Star-nosed Mole.

Fun Fact: You can’t kill moles in Germany without a permit 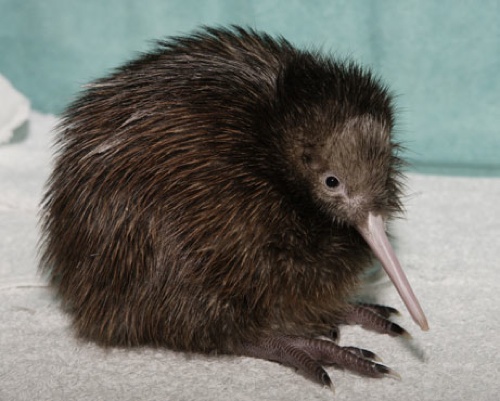 Not the fruit – the bird! These puffy birds native to New Zealand are one of the thickest feathered birds around! The bird’s wings have been reduced to stubs over time, rendering them flightless, but they make up for that with their extraordinary sense of smell. They have a varied diet, consisting of insects, worms, leaves, and berries. There are five recognized species, all of which are endangered.

Fun Fact: Kiwi’s lay huge eggs for their size: up to 20% of their body weight. That would be like a 150 pound woman giving birth to a 30 pound baby. 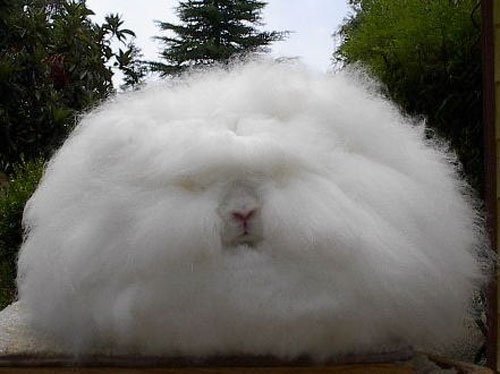 At first, you might think this animal is a giant ball of fluff, but there really is a rabbit in there. These large rabbits were bred specifically for the fluffiness. There are four recognized breeds, as well as several unrecognized breeds. They range from WTF fluffy (English), pretty fluffy (French, Satin) to large, but not super fluffy (Giant).

Fun Fact: Just in case you didn’t realize how fuzzy these guys are, you can actually buy clothes and yarn made entirely of Angora rabbit fur (with no harm done to the animal). 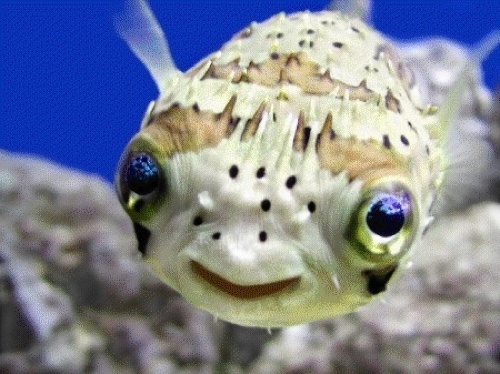 These guys are quite cute at first, but once you startle them, you just want to poke them. This Family of fish (I couldn’t choose just one) is able to swallow water (or even air) quickly, so much so that they become spherical, scaring off predators. This often saves both of their lives, since most puffer fish species are poisonous. You should be safe as long as you don’t eat it, with proper preparation, it can be served as a dish (see Top 10 Poisonous Foods We Love To Eat – item 9). Not to be mistaken for their cousins, the porcupine fish (they are two separate families).

Fun Fact: Puffer fish have the smallest genomes in the vertebrate world. 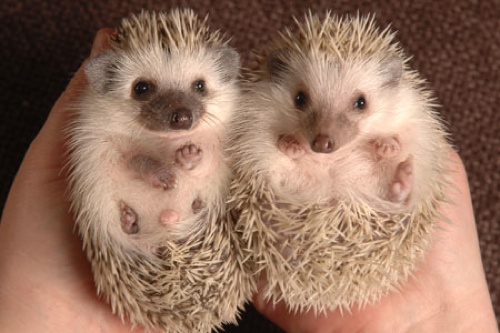 These mammals are the most adorable members the family Erinaceidae (mostly hedgehogs), even though it is filled with cute critters. You probably have seen one of these before or at least know how they look like. They are vaguely rodent-like mammals that have many small spines on their back. They can roll into a ball to protect themselves. This particular hedgehog has been domesticated, so you can have one for a pet without too much trouble.

Fun Fact: Be sure to check your local laws before buying a hedgehog. Some places require you to have a permit, while others (such as the states of California and Hawaii) completely ban them as pets. 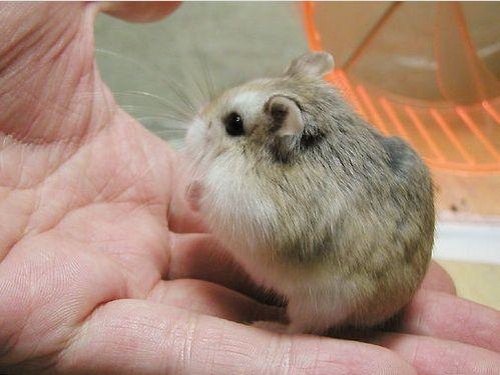 These little rodents are even more adorable than their bigger cousins. There are three species, but my favorite is Campbell’s dwarf hamster. These creatures come from the steppes of China and Russia. They are sold as pets in just about every pet store. Chinese hamsters are also adorable and sometimes called dwarf hamsters, although they are not in the same Genus.

Fun Fact: Personally, I had a bad experience with these guys. When my family bought two dwarf hamsters, the store owner said we bought two females. We believed them, even when one of them started to get fat. Then she gave birth to a litter of nine little hamsters. We removed the male, just in case, but all the rest died off, some of which were caused by the mother. It’s sad. 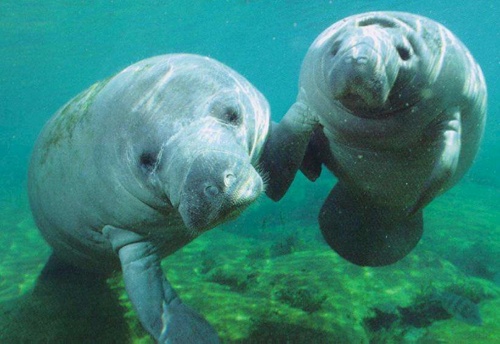 Now we’re getting to the hardcore stuff. These “sea cows” are really beefy, but really cute. So cute you want to hug it. Unlike whales and dolphins, manatees are herbivorous. Not surprisingly, they are related to elephants. They are endangered, partly due to a vicious, unnatural predator: the boat propeller. 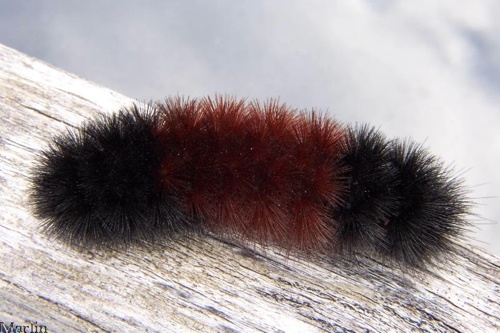 Most caterpillars are icky… except for these guys. This cute caterpillar is the larva form of the Isabella tiger moth. They eat a variety of plants, including certain ones that they eat to fight back against certain parasites. They may be furry, but don’t pet them without gloves, or else you might get a rash.

Fun Fact: Do you LOVE woolly bears? Then go to the annual Woollybear Festival in Vermilion, Ohio. The main event is a huge woolly bear dress up competition. It takes place in mid-September. 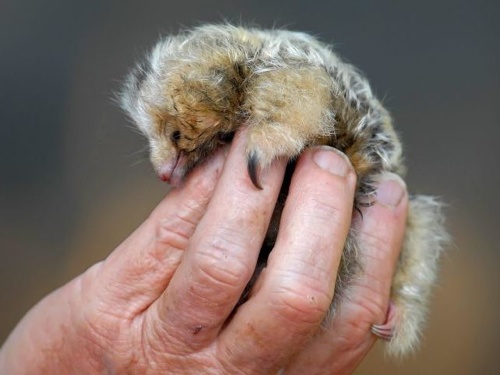 These things are amazingly adorable! The only member of the Cyclopedidae family (their scientific name is Cyclopes didactylus); these guys are a lot like the other anteaters, only they’re smaller and live in the trees. They also have a prehensile tail (like an opossum). Obviously, it is extremely cute, but watch out for their sharp claws.

Fun Fact: Why are silky anteaters goldish? It might be because they blend well with the seed pods of the silk cotton trees, where they usually hang around by.