Often, one person doesn’t want to say goodbye, and things can quickly turn chaotic and cruel. Sometimes, you get off easy and never hear from the person again. Other times, you’ll be awakened at 4:00 AM by tearful phone calls about how horrible you are and how you guys should totally get back together.

While everyone has their own horror stories, all your bad breakups will pale in comparison to the examples below. 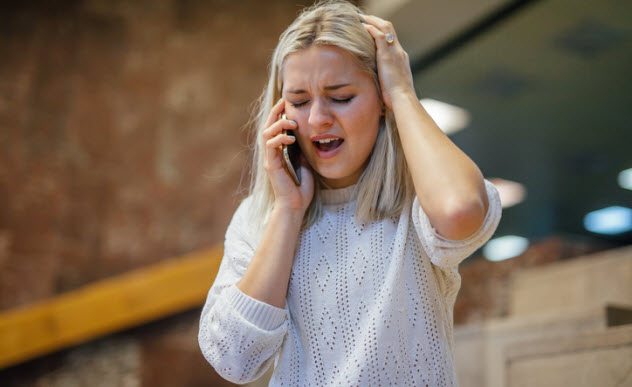 Anyone with Facebook should be familiar with the term “Facebook stalking,” but we shouldn’t forget how the word “stalker” is meant to be used. In Rotterdam in late 2011, a 42-year-old woman was charged with stalking her ex-boyfriend.

As well as sending him excessive texts and emails, she called him an average of 178 times a day. For a year. That’s almost 65,000 calls in 12 months. Assuming she sleeps eight hours a night, that’s almost two calls every 10 minutes.

The woman was released from police custody on bail on the condition that she leave her poor ex alone. And she complied—for several glorious hours—before she gave into temptation and started again.[1]

The man in question claims they never even dated, while she claims they were dating the whole time and that the number of calls was typical for two people in a relationship. Whatever the truth is, there’s no doubt that she was coming on a little strong and you have to wonder why the guy waited a year before he did anything about it. 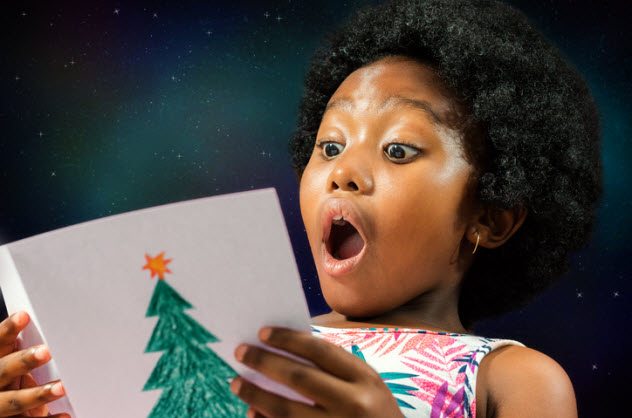 After going through a rough breakup with his girlfriend, 57-year-old David Simmons from Murfreesboro, Tennessee, decided to get creative with some sexual photos of her that he had taken without consent. Being the holiday season, Simmons decided to take the lowest of all moral low grounds and send the photos as Christmas cards to all her relatives.

Some of them were opened, but most were intercepted. At first, he claimed that he “didn’t know nothing” and said that he had received one as well. But eventually, he pleaded guilty and was given a suspended sentence in 2009.[2] 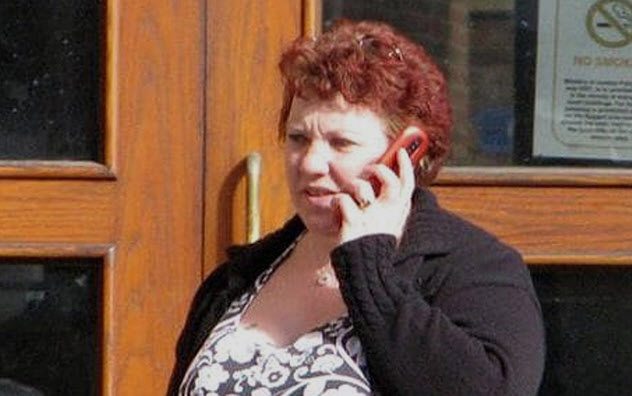 In Newcastle, Tracy Davies and Mark Coghill met through a lonely hearts column and began a fairly serious relationship. All seemed to be going well until the night of Mark’s 45th birthday in October 2008. They had bought two bottles of vodka before going out to celebrate in their local pub.

Tracy, a recovering alcoholic, was upset because she had just gotten some bad news: She was not pregnant. It’s understandable that this news could be quite upsetting for her because she was getting on in years and had no children. So she asked Mark for a kiss to lift her spirits. When he obliged, she proceeded to bite his tongue.

Mark says that he thought it was a joke at first—until she refused to let go after several seconds of severe pain. He says that Tracy even made noises of satisfaction, which he described in possibly the most British way ever as “like if you have a cup of tea when you haven’t had one for a few days.”[3]

Tracy continued to bite down until the top third of Mark’s tongue came off, at which point she spat it on the floor. Tracy called the ambulance herself and confessed to her crime. But she was surprised when she was arrested.

The tongue could not be reattached for fear of infection, meaning that Mark now has trouble tasting and speaking. Tracy was sentenced to three years in prison. 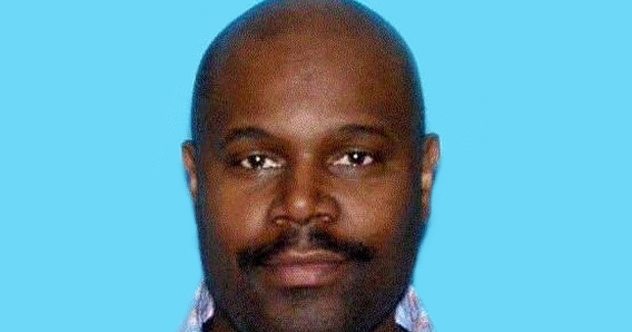 Terri Thompson and Byron Stokely are divorced. But in March 2013, he asked if he could move in with her temporarily as he was between jobs. She obliged, and he moved into her apartment.

Many of you might immediately think that moving in with your ex is a terrible idea, but some people need to learn these lessons the hard way. It should come as no great surprise that Byron tried to put the moves on Terri during his stay. She refused. Unfortunately, Byron didn’t deal well with rejection.

One night, Terri was asleep in bed when she was awakened by Byron pouring boiling oil on her face and subsequently beating her with the pot. She suffered third-degree burns to her arm and face as well as second-degree burns on her body.

That night, Byron fled the scene and went on the run for a few months. The next time he was seen was when he was found dead in the Passaic River in New Jersey in June 2013. Terri, a mother of two, did not have insurance and has set up a fund for people who want to help with her recovery. As of late 2017, she has received less than 10 percent of her goal.[4] 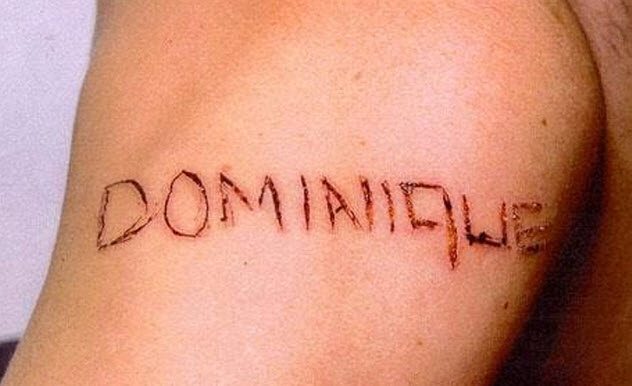 While not exactly a couple, Wayne Robinson, 24, and Dominique Fisher, 22, met one drunken Friday night in June 2008 and decided to spend the entire weekend together in Blackburn, England. While most people would advise a woman against running off with a man she barely knows and just met at a nightclub, that wasn’t a concern for Dominique. Probably because she knew it was Wayne who should be afraid of her.

On the third and final day of their star-crossed relationship, Wayne woke up to find Dominique snoring beside him in bed, which was covered in his own blood. Wayne quickly realized that he had huge gashes all over his arms and back, forming intricate designs and even Dominique’s name.[5]

Having mixed Valium with alcohol the night before, Wayne had passed out before Dominique used a Stanley knife to “tattoo” him as he slept. As soon as he saw what she had done, he fled the scene and contacted police. Dominique claimed that Wayne had requested the unusual body art.

She was found guilty by a jury that took less than half an hour to reach a verdict. However, she did not receive jail time, just a two-year community order. 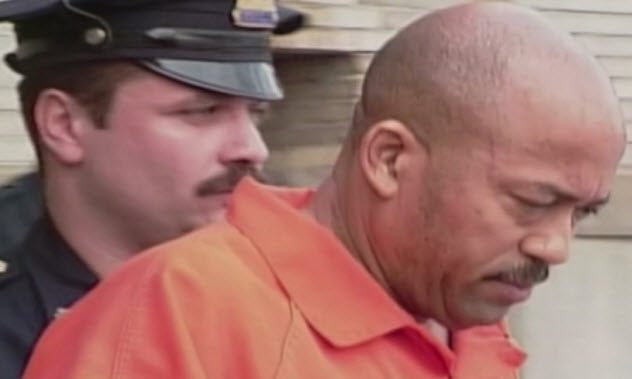 Wedding invitations always pose an awkward question for the lucky couple: Should we invite our exes? There are any number of valid reasons not to. You might consider it to be in poor taste, you might not want to dredge up old feelings, or you might be afraid of someone causing a scene.

For whatever reason, Gladys Ricart, 39, decided not to invite her ex, 49-year-old Agustin Garcia, to her wedding. One way or another, Garcia heard the news and didn’t react well to the situation.

On September 26, 1999, the day of Ricart’s wedding, Garcia showed up at her house in Ridgefield, New Jersey, just as they were wrapping up the last pre-wedding photos and shot his ex-girlfriend dead. Initially, he said that he shot her because he was shocked to find out that she was getting married. He claimed that the two had been intimate in the week leading up to the wedding, including that very day.

But this story soon fell apart, not only because of the great number of witnesses to his crime but also because the entire ordeal had been caught on tape by the videographer. The defense given was that Garcia was a reasonably prudent man who had a momentary lapse of judgment and was now very apologetic about his actions.

Garcia got a life sentence with the possibility of parole after 30 years, at which point he will be 79.[6] 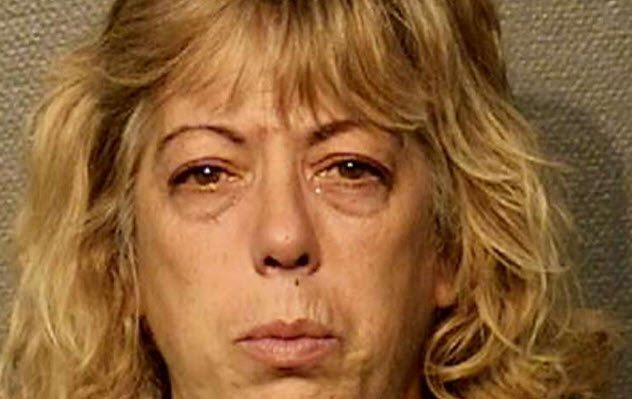 If you thought the Dutch woman mentioned earlier was bad, you’d probably love to take her out for coffee after this. In Houston, Peter Main, 62, broke up with his girlfriend, Toni Jo Silvey, 49, who did not take kindly to being dumped.

For some reason, she decided to take revenge two years later and spent three months harassing him. As well as sending him 712 emails, she called him over 1,000 times. (Okay, the exact figure was 1,001 calls, but that’s still a lot.)[7]

That all may sound like it’s a good bit behind the other woman, but Silvey also egged Main’s house several times and uploaded the pictures to Facebook—because there’s really no better way to show that you’ve achieved closure. Except for starting a blog about him or attacking his windows with a tire iron and then a 1.5-meter (5 ft) sword.

To top it all off, she rammed his car and garage door with her truck. After being warned by police to stay away, she returned to his house with more eggs. 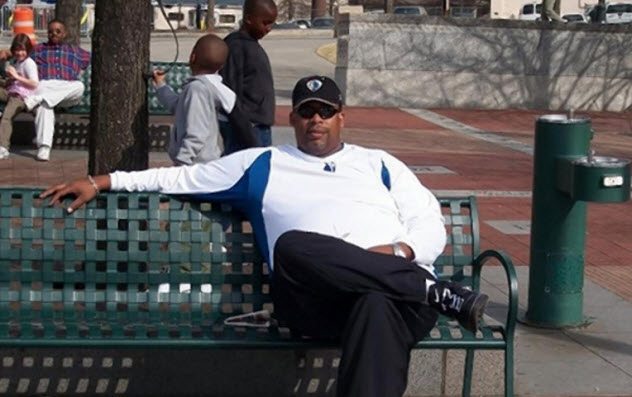 When Erbie Bowser snapped, he caused damage that reached far beyond his exes. A military vet, special education teacher, and professional dancer, Bowser went on a rampage in Texas in August 2013. He hunted down not one but two of his exes.

Bowser first went to the home of his ex-girlfriend, 43-year-old Toya Smith, where he killed both her and her 17-year-old daughter. Smith’s 14-year-old son and a 17-year-old friend of the daughter were also injured.

Then Bowser drove about 15 minutes to the home of his estranged wife, Zina. After throwing an explosive into the house, he shot and killed both Zina and her 28-year-old daughter. He also injured her two sons.

Bowser finally went to trial in 2017. After his lawyers failed to convince the jury that his low sodium levels might be to blame, Bowser was handed a life sentence without the possibility of parole.[8] 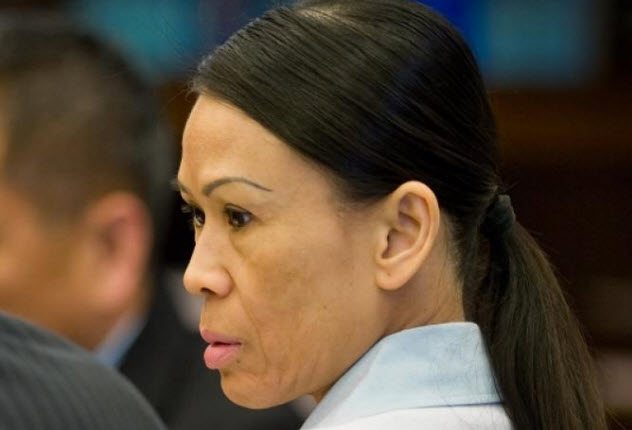 In Garden Grove, California, in July 2011, Lieutenant Jeff Nightengale responded to the call of someone seeking medical assistance. When he arrived on the scene, Catherine Kieu, 48, told Nightengale that she had cut off her 51-year-old husband’s penis and thrown it in the garbage disposal because he “deserved” it.

Police found the man, who had been fed Ambien-laced food by Kieu, tied to the bed. He was rushed to the hospital along with whatever police were able to recover from the garbage disposal. Doctors hoped to be able to reattach what had been recovered, but their attempts were not successful.

At the time of the attack, the couple was going through a divorce and Kieu was not coping very well. She had been resisting his efforts to separate, and two months after he filed for divorce, she carried out the attack.

Sentenced in 2013, Kieu received seven years to life, meaning she will be eligible for parole in 2020.[9] 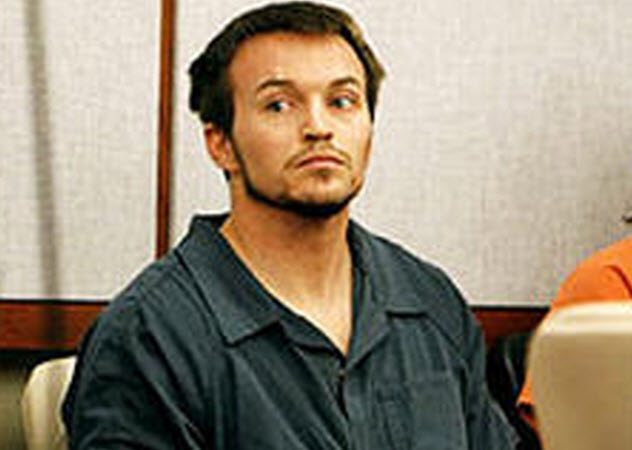 Everything you’ve read up until this point is about to sound like a collection of personal ads compared to what you’re about to read. Jebidiah James Stipe is a former Marine from Casper, Wyoming, who wanted to cause as much pain for his ex-girlfriend, Sarah Kostovny, as possible.

Using pictures of her, the 28-year-old Stipe posted five ads in 2009 on craigslist, posing as a woman with a rape fantasy. The ad requested that respondents be aggressive and have a complete disregard for women. Overall, 161 people responded to the ad. Stipe eventually began communicating with 26-year-old Ty Oliver McDowell, who claims that he genuinely believed he was talking to the woman in question.

McDowell waited at Kostovny’s house for her to come home and then raped her at gunpoint. Later, he recounted the whole scenario over email to Stipe, who was still posing as his ex-girlfriend. Both men received 60 years to life.

McDowell had a wife and young kids at the time of the attack and hopes to get out in time to be involved in their lives. Oddly, he says he forgives Stipe for setting it all up.

The case sparked much debate over whether McDowell should be blamed for what he did or receive the same sentence. Kostovny now gives speeches to other survivors of sexual assault.[10]

If that hasn’t put you off dating forever, try these lists on 10 Dating App Murders and Top 10 Bizarre Dating Websites.