It is not often that we follow a list so closely with a similar one, but when I recently came across a variety of new facts that were completely new to me, I decided that I must share them as soon as possible. It is my hope that the majority of these facts will be unknown to the majority of our readers. You may know one or two but hopefully you will finish this list at least 10 facts smarter than when you started.

1. Mozart, ever the comedian, wrote a piece of music in 1782 for six voices called “lick me in the ass” (“Leck mich im Arsch”) or more colloquially “kiss my ass”. You can listen to a recording of it in the youtube clip above. For the more technically minded musicians amongst you, it is K. 231 (K. 382c). He also wrote a piece called “Lick my ass until it is nice and clean” (K.233/382d). Despite the risk of shocking you all, here are the lyrics to the second song.

Lick my ass nicely,
lick it nice and clean,
nice and clean, lick my ass.
That’s a greasy desire,
nicely buttered,
like the licking of roast meat, my daily activity.
Three will lick more than two,
come on, just try it,
and lick, lick, lick.
Everybody lick his own ass himself.

2. 2×4 (4×2 to the British) is not. 2×4 is the name used to refer to a common size of timber, but what most people don’t realize is that it is actually 1.5×3.5. The reason for this is that the named measurement refers to the size of the rough lumber before drying and planing.

3. Hippopotamuses – incredibly dangerous creatures – have a very unique ability: instead of sweating, they exude a pink liquid which is a natural sun block. This, and their ability to spend an indefinite amount of time in the water helps to keep them safe from the blistering sun.

4. Kangaroos can’t fart. They convert the small quantity of methane they produce into an energy source which their body reuses. Scientists hope that they will be able to transfer the bacteria that causes this in kangaroos to cows, to reduce methane emissions to save the world from the latest fashionable catastrophe: global warming.

5. During the Cold War, the US military developed a rifle that fired nuclear war heads. It was called the Davy Crocket and production of this smallest nuclear weapon began in 1956, with a total of 2,100 being made. The weapon was deployed with U.S. Army forces from 1961 to 1971. 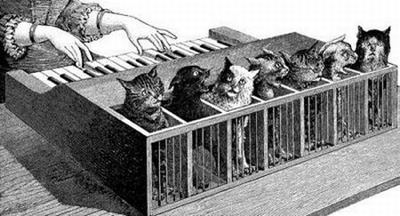 6. Have you ever noticed that when you have a bowl of nuts, the bigger ones make their way to the top? This event actually has a scientific name: the Brazil Nut Effect. The term refers to the phenomenon in which the largest particles end up on the surface when a granular material containing a mixture of objects of different sizes is shaken.

7. Have you ever had a dream in which you wake up and go about your daily routine – only to discover that you are actually still asleep? This can be incredibly frustrating as you realize you need to re-do everything you have already done (in the dream). It is extremely realistic and most people experience it. This event is called a “false awakening” or a “dream within a dream”. It is even possible to have multiple cases of false awakenings in one dream. This is used to good effect (though perhaps it is a bit cliched now) in movies.

8. Rhode Island is the smallest state with the longest name. The official name, used on all state documents, is “Rhode Island and Providence Plantations.”

9. In the course of seeking cures for mental illness, some very bizarre methods have been tried. In 1650 Athanasius Kircher (a Jesuit scholar) invented a musical instrument to cure melancholy. The instrument was called a “katzenklavier” and it consisted of a line of cats fixed in place with their tails sticking out underneath a keyboard. When they keys were struck the cats would meow in pain. The concept never caught on. [Picture above]

10. In 1859 a solar storm hit the earth (the largest in recorded history). It was caused by massive sunspots and solar flares. It was so intense that auroras were seen around the earth (even in the caribbean) and the ones over the Rocky Mountains were so bright that gold miners thought it was morning. It knocked out the telegraph systems of Europe and North America. If you wish to look it up for more information, it is called the “Solar storm of 1859” or “Carrington Event”.

11. You may have noticed that actors and TV frontsmen used to have a slightly more refined accent than the standard American accent heard these days. In fact, there is a name for it: Mid-Atlantic English or the Transatlantic accent. The accent does not exist in nature and is entirely learned through boarding schools pre-1960, or developed by spending extended time in various Anglophone communities outside one’s native environment, most typically in North America and the United Kingdom. While the accent is passing from use now, Kelsey Grammer (from the program Frasier) uses it (clip above).

12. When correcting a person’s grammar on the Internet, invariably you make a grammatical error of your own. This is called Muphry’s Law (intentionally misspelt). Just remember that next time the grammar nazi in you decides to show its ugly head.

13. It is possible to get drunk in prison thanks to a special thing called “prison wine” or “pruno”. It is an alcoholic liquid variously made from apples, oranges, fruit cocktail, ketchup, sugar, and possibly other ingredients, including bread. Pruno originated in (and remains largely confined to) prisons, where it can be produced cheaply, easily, and discreetly. The taste is described as vomit flavored wine cooler.

14. The PhD is not the highest degree a person can receive. There is also a Doctor of Sciences (DSc/ScD) and Doctor of Letters (DLitt/LittD) which is normally awarded in Britain, Ireland, and the commonwealth nations though it is occasionally awarded in the United States. It is normally awarded for a substantial and sustained contribution to the art to which it applies – for example science and literature. Mark Twain was awarded a Doctor of Letters by Oxford University. Just to add to the confusion, there is also a PhB which is a bachelor of philosophy which is equal to a Masters degree despite its name.

15. Have you noticed that some people seem to have very appropriate (and entirely coincidental) names? Names such Usain Bolt (Jamaican sprinter), Lord Brain (brain surgeon), or Alto Reed (saxophonist). This is called an “aptronym” as in “aptly named”. Some people believe that the name can influence life decisions leading a person to work in a field relating to their name. This is called nominative determinism.

Just for fun I thought I would add a bonus item: the Wilhelm Scream. The Wilhelm scream is a frequently-used film and television stock sound effect first used in 1951 for the film Distant Drums. The effect gained new popularity (its use often becoming an in-joke) after it was used in Star Wars and many other blockbuster films as well as television programs and video games. The scream is often used when someone is falling to his death from great height. Enjoy the video above – it is a compilation of the Wilhelm scream from a variety of movies.