There used to be a joke in Guatemala, when the country was ruled by the military dictatorship. Instead of greeting his subjects with “Good afternoon” or any other such common pleasantries, the president would say, “I see you have all survived . . . ”

10 There Are A Lot Of Volcanoes 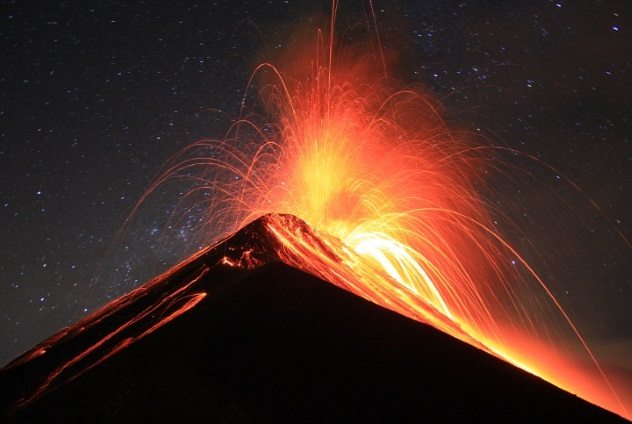 There are three active volcanoes in Guatemala, one of which, the awesomely named Volcan de Fuego, erupted for the sixth time in 2017 this past June. There are 37 volcanoes in total, rising out of the crust of the planet thanks to Guatemala’s location on the Ring of Fire—the area where all the inside planet juice seeps out and gets all melty in our business.[1]

Apparently, the three active volcanoes, Pacaya, Fuego, and Santiaguito, are so active that you are almost guaranteed to witness an explosion or lava flow just by visiting the area. Just 35 kilometers (22 mi) from Guatemala City, Volcan de Fuego is closely monitored by authorities in case it decides to kill everyone, which, alone, it is unlikely to do. However, the volcano Pacaya is a mere 30 kilometers (19 mi) from Guatemala City, so a double-team scenario is possible.

A September 2012 eruption of the Volcano of Fire saw an evacuation of 10,000 people ordered. In February 2015, another eruption forced the closure of the capital’s main airport.

9 The Poorest Central American Nation With The Highest Crime 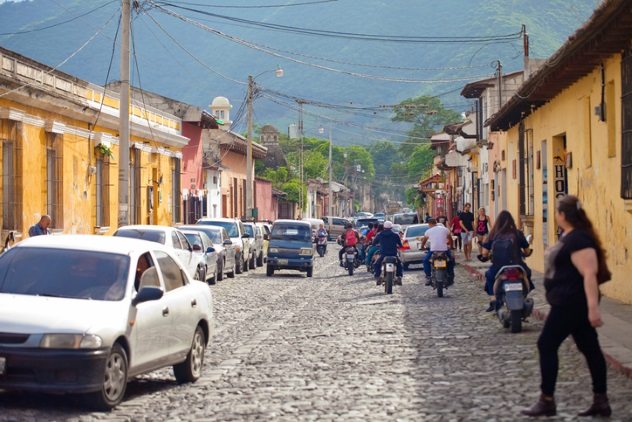 Carjacking, daylight sexual assault, armed holdups with automatic weapons conducted by MS-13 and other hardcore gangs, and fake police officers for good measure—all available in sunny Guatemala. Guatemala sees over 5,000 violent deaths a year, primarily from the aforementioned gang crime, but tourists are a natural source of free money for those desperate enough to risk it.[2]

And the risks pay off, as there is a very low arrest and conviction rate, and resisting criminal attempts on your wallet is likely to cost you more than a handful of quetzals. The problems are deeply rooted and multifaceted. The effects of the civil war are still being dealt with, and the literacy rate is just 75 percent. (Only Haiti has a lower rate in the Western Hemisphere.) These surface issues are compounded by Guatemala being such a diverse nation that there are 24 different recognized languages, including Spanish. 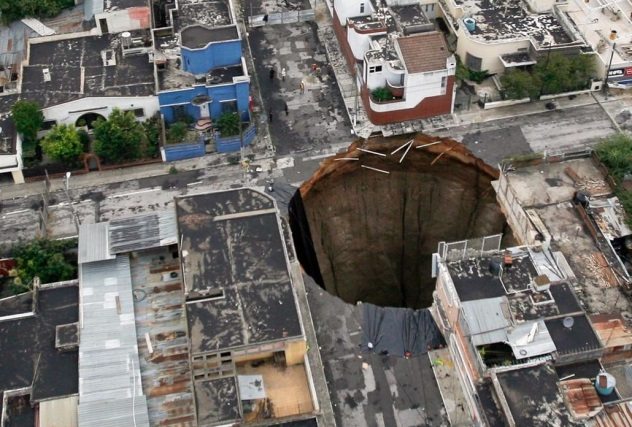 On May 30, 2010, an enormous hole, 18 meters (60 ft) wide and 30 stories deep, opened up in the middle of Guatemala City, swallowing a three-story building and a home. It also caused the death of a man. Because of the location of the capital—between two active volcanoes—the earth beneath is made up primarily of a substance called pumice fill, which was deposited in previous eruptions.[3] This stuff is soft and unconsolidated, so it is theorized that this sinkhole is not actually a sinkhole at all. It is, in fact, man-made.

Due to the local zoning regulations being treated with as much respect as Charlie Sheen treats his own body, leaking water pipes are the likely culprit for digging a massive hole under the city. The repairs cost millions of dollars for each hole ($2.7 million for a similar sinkhole in 2007), so the impoverished government is lackadaisical at best. The 2010 hole became a minor tourist attraction, guarded by police to discourage spelunking.

7 A Drunk God Will Sleep With Your Wife 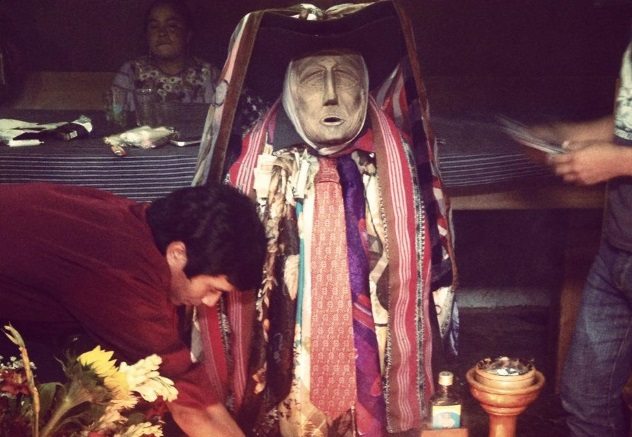 While you go to church and say sorry for thinking lewd thoughts, the Maya in Guatemala have a different take on how to entreat with deities to get what you really, really want. Their take is to bribe Maximon with cigars, cash, and liquor and ask for real-world boons.[4]

The faith likely came about by the mixing of indigenous deities with Catholicism, the “San Simon” of the conquistadors being combined with an older native god. According to the old legends, when men left the village to work in the field, Maximon crept into town and slept with their wives. When the men found out, they returned and cut off all his limbs, leaving him behind as a womanizing torso. Gnarly.

Today, Maximon sits uncomfortably alongside and as part of the Catholic faith—at least as interpreted by the Guatemalans. The Church considers prayers to Maximon to be akin to witchcraft. The Maya? They say Maximon is a “friend to the saints.” 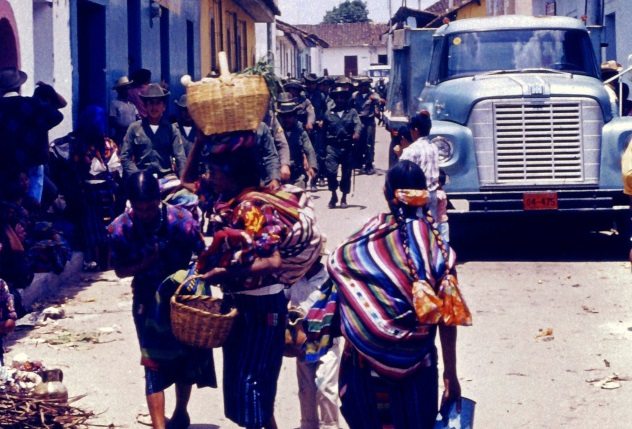 During the Guatemalan Civil War, which lasted from 1960 to 1996, 200,000 people died, and at least 400 villages were simply wiped off the map. The whole affair was one long, drawn-out power struggle between the indigenous rural people and the military junta that was installed in the 1950s. As with many Central and South American nations at the time, the main concern for many was how to keep the communists out. In Guatemala, however, the story deviated a little from the script.[5]

Colonel Carlos Castillo Armas, the leader of the junta that was installed after the (democratically elected) communist regime was ousted, took it upon himself to systematically strip the poor of their rights, wealth, and land. The subsequent uprising in 1960 killed Colonel Armas, and a new general was put in his place to continue the fight. By 1963, he was also dead, and another new general was put in place to continue the fight.

In the late 1960s, following the ousting of the military by the civilian regime of Cesar Mendez, the military—already with a reputation for extreme violence—conducted a campaign that butchered thousands of Guatemalans in their ultimately successful bid to remove Mendez and retake power. In short, the army really, really liked being in charge, and the myriad ethnic groups really, really disagreed.

5 Guatemala Has Been Inhabited For 20,000 Years 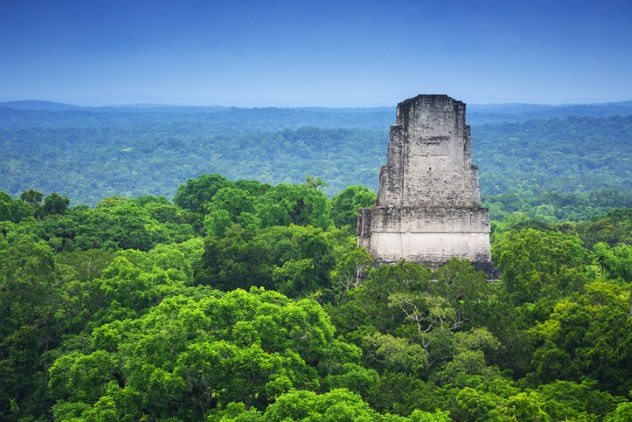 Today, more than half of Guatemalans are descendants of the indigenous Maya peoples.

As found by many imperialist nations, drawing lines on a map and calling it your own rarely works in the long term. Before the arrival of the conquistadors in the 16th century, the region that would become Guatemala was ruled by many different Mayan kingdoms, as evidenced by the upwards of 5,000 archaeological sites spread throughout the country, dating back almost 20,000 years.[6]

By the time of the Spanish conquest, the Maya were in steep decline. Smallpox had swept the continent, and internecine conflicts had weakened the once-mighty civilization. The Spanish, once the Maya were defeated, promptly subjugated the people and treated them little better than slaves. The social stratification—Maya natives at the bottom, Creole Spanish at the top—persisted for centuries. Essentially, the racial divisions imposed on the nation formed the tinder that sparked repeated bloody conflict, repression, exploitation, and misery. 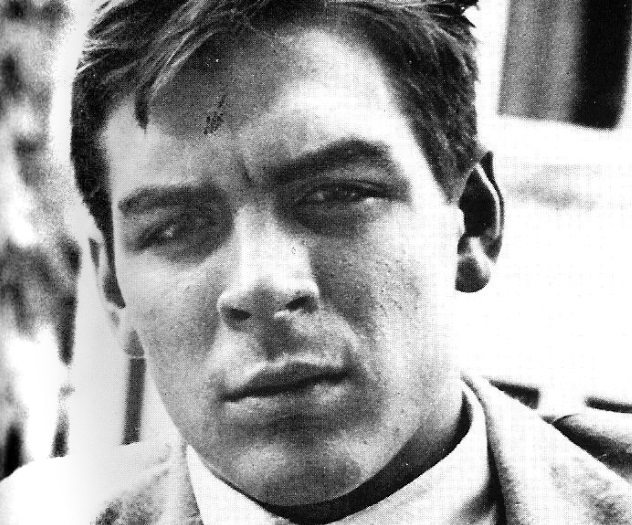 Of course, the CIA and the United States had a hand in the overthrow of the communist regime in Guatemala. Propping up the military junta until the 1980s, the US propagated the Cold War with brutal callousness. This would be just another footnote of the tragedy of US involvement in other countries, were it not for the arrival on Christmas Eve, 1953, of a young Argentinian by the name of Che Guevara.[7]

At the time, 70 percent of Guatemala’s usable land was owned by two percent of the population, and the socialist government was in direct conflict with American conglomerate United Fruit. Although not a Marxist at this time, Guevara witnessed mercenaries backed by the United States Air Force bombing civilians in support of a capitalist enterprise. The sight of the conflict between the people and a foreign government was a key moment in shaping the young man into the beginning of the most romanticized revolutionary of the last century. Less than nine months after his arrival, Che had fled to Mexico City to seek out the Cuban revolutionary, Fidel Castro. 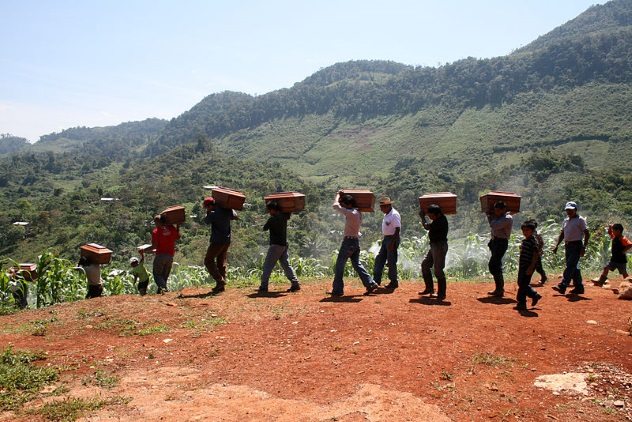 The Ixil Maya; the Q’anjob’al and Chuj Maya; the K’iche’ Maya of Joyabaj, Zacualpa, and Chiche; and the Achi Maya. These names are unfamiliar to the English-speaking world, but we should consider them in the same tragic sphere as the Jews of Europe and the Armenians of Turkey. Between 1981 and 1983, an estimated 200,000 Mayans were exterminated for the crime of existing where the powerful willed that they did not.[8]

Regular troops as well as irregular death squads, armed with weapons from the United States and funded by the Guatemalan government, slaughtered innocent people, desecrated sacred places, scorched the earth, and slaughtered livestock. Over 150,000 people fled north to Mexico seeking refuge. In part an effort by the junta to combat the communists by depriving them of the villages in which they hid, the genocide was also a racist expression of generations of ethnic tensions. The perpetrators are still being prosecuted in courts to this day. 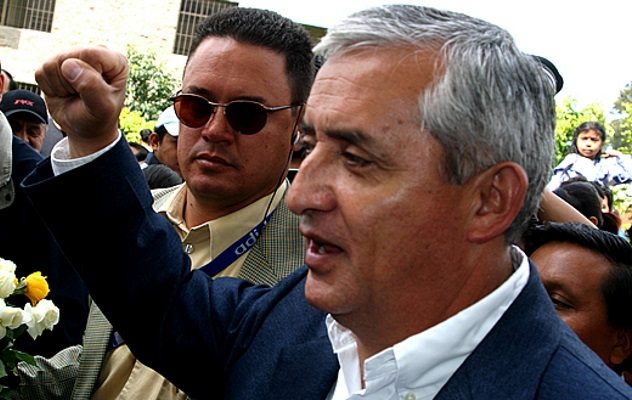 As one might imagine with a country of crumbling infrastructure and huge levels of regular crime, bribery is a major part of big business, too. It’s still totally illegal in Guatemala to bribe someone, same as anywhere else, but it certainly appears as if many of those at the top of the pile are in up to their elbows, including the recently deposed president.[9]

Former army general and now former President Otto Perez Molina is currently accused of being involved in a multimillion-dollar customs fraud case that the UN has described as being run like “an organized crime syndicate.” The similarities to the mob deepen when you discover that Molina has also been accused (but not convicted) of murdering both a rebel leader in the 1980s and a Catholic bishop in the 1990s. In short, the Molina administration used corrupt money to gain office, and then once in power, it cheated the nation out of millions of dollars while taking kickbacks from foreign parties at the same time.

Nice job if you can get it. 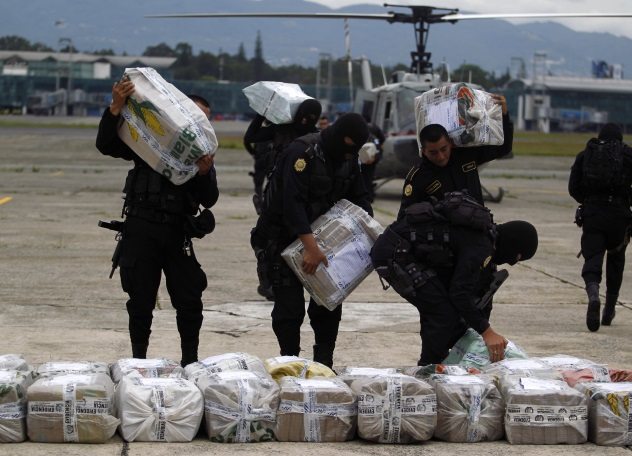 Guatemalan authorities intercepted 12,427.2 kilograms (27,397.3 lb) of cocaine last year, but being conveniently placed for distribution of product from Colombia or Ecuador means that Guatemala has significant drug trafficking and related crime problems. The notorious Los Angeles gang MS-13 has wisely discovered that in a world in which the CIA is pulling back its teeth, countries in Central America are fertile grounds. While Guatemala has had success fighting the largest gangs, outfits like MS-13 and the Mexican Sinaloa cartel still exert influence over the 50 or more smaller gangs that ferry cocaine and marijuana through the region.[10]

Drugs are shipped by fast boats from Colombia, which dock at Guatemala’s Puerto Quetzal. Almost all of the cocaine coming out of Colombia arrives in Guatemala, before moving northward or across the Atlantic. The Mexico/Central America corridor handles 87 percent of the cocaine that reaches the US. Next time you’re racking a line, you can be sure that it has the Guatemalan seal of approval.