Just as the parties from Christmas begin to dwindle, preparations are started for the celebration of New Year. It is a time when even the least-likely party-goer will ready himself for a night of booze, singing, and food. This list looks at 10 of the most common and interesting traditions of New Year from around the world. 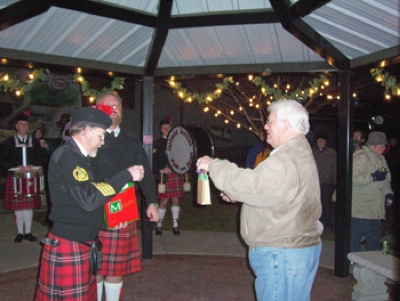 First-footing is an ancient European New Year’s custom that continues into the present in many areas. The first person to enter a home after midnight on the first day of the year should be a male, preferably with dark hair. Blondes may have been associated with Vikings – visitors who never brought good luck. The first-footer should carry a gift, such as a coin for prosperity, bread for food, salt for flavor, or whiskey to represent good cheer. The first-footer can be a resident of the house, but must not be inside during the hour leading up to midnight. No fair stepping outside and coming back in again! 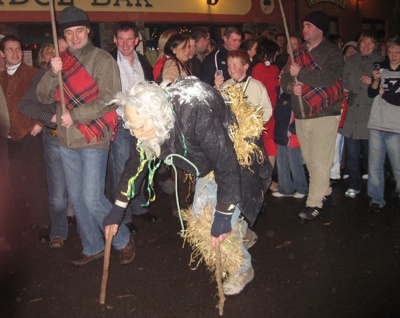 There is an Irish tradition of predicting the political future of the country by checking which way the wind blows at midnight on New Year’s Eve. If the wind is from the west, there is a chance that good fortune will reign that year. If the wind is from the east, however, the British will prevail. Mistletoe was handed out to ward off bad luck, and single women put a sprig of mistletoe under their pillows in hopes of catching a dream about their future husbands. Another tradition peculiar to Ireland is pounding on the doors and windows of the house with bread. This practice was to chase out evil spirits and ensure bread for the upcoming year. 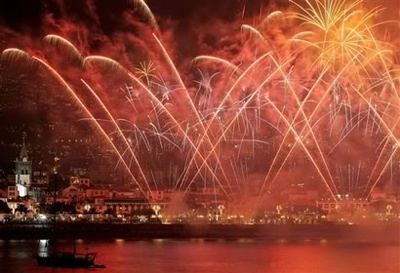 Madeira, a Portugese island, holds a place in the Guinness Book of Records for the most lavish New Year’s party. In 2007, 8,000 fireworks per minute made up the display in Funchal, the capital city, for a total of 600,000 fireworks. Visitors from around the world fill the tiny harbor, where the dazzle is reflected. In 2009, the government is spending 12,000,000 Euros to ensure the most spectacular celebration anywhere in the world. Other famous fireworks displays take place in Rio de Janeiro, Sydney harbor, and, of course, New York City, were visitors watch the descent of the giant six-foot crystal ball marking the last moments of the old year. 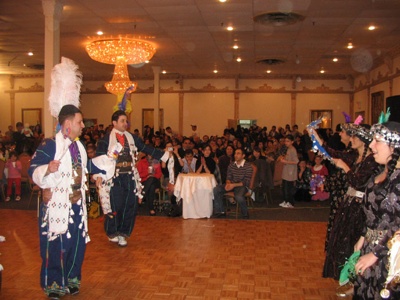 New Year’s is the oldest holiday still being celebrated. The Babylonians celebrated the new year as early as 4000 B.C. At that time, the new year began on the first new moon after the Vernal Equinox. The celebration continued for eleven days, with each day having a different purpose and activity. Then, as now, resolutions were made. A common Babylonian resolution is to return borrowed farm equipment. At this time each year, the king was stripped of all power to undergo a ritual of humiliation, in which he was hit by the priest and separated from everyone for three days to pray. When he reappeared, ceremonies of restoration were performed to ensure that nature would support him during the coming year. 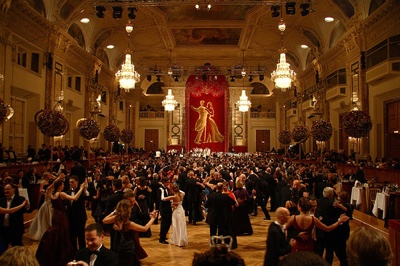 Austria has one of the most glamorous of New Year’s celebrations. At the Imperial Ball, a tradition of the Hapsburg dynasty that has continued for hundreds of years, dancers wear white gowns and black jackets. At midnight, “The Blue Danube,”is played. The Strauss operetta, “Die Fledermaus, is performed each New Year’s Day. Celebrants dine on suckling pig – considered good luck. The tables are often decorated with candy pigs. Children pour molten lead into a tub of water. A soothsayer then reads the shape of the lead. It is considered bad luck to find that your lead resembles an old woman. 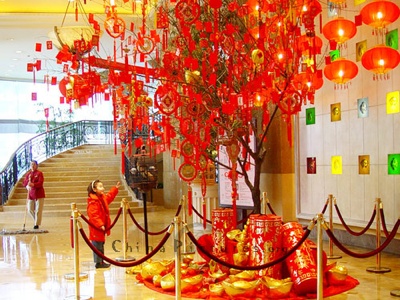 By the Chinese calendar, the year 2009 is actually 4706, a year of the ox. Chinese New Year is celebrated on the second new moon after the winter solstice. In 2010, it will fall on February 14. Firecrackers and noisemakers will chase away evil spirits. The fabulous dragon and lion will dance in the streets. People will wear red, the most auspicious of colors, and red envelopes with lucky money will be given to children. Tangerines are often given for good luck, but odd numbers are unlucky, so the tangerines are given in pairs. The third day of the new year is the day the mice marry off their daughters, so people go to bed early, so they don’t disturb the mice. 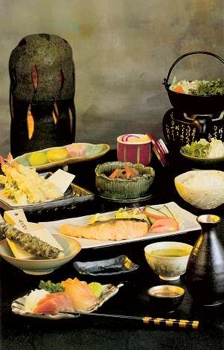 It is traditional in Japan to spend a full week preparing for the new year to arrive. The house must be thoroughly cleaned, so that no evil spirits can linger. All debts must be paid. And most importantly, all disagreements must be resolved and forgiven. Before midnight, 108 bells ring, to symbolize the elimination of 108 troubles. With no troubles, disagreements, debts, or disorder to contend with, all are free to welcome in the new year with every expectation of peace and prosperity. The day after New Year’s is First Writing Day, when people write their hopes and dreams for the new year. 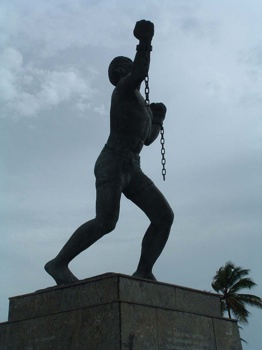 For African Americans, New Year’s Day has a special significance, and is often called Emancipation Day or Jubilee Day. On January 1, 1863, the Emancipation Proclamation, freeing all slaves from bondage, was read in Boston. Today, many African-American families hold “watch services” on January 1. Traditional foods include black-eyed peas, collard greens, ham hocks, and macaroni and cheese. The uniquely African-American celebration, Kwanzaa, continues over seven days starting December 26, so the New Year’s celebration is often part of Kwanzaa’s way of reconnecting people with their African roots. Kwanzaa began in the United States in the 1960s, and is not celebrated in Africa.

“Auld Lang Syne” has been called the most familiar song to which nobody knows the words. But this year, you will! Written by Robert Burns and first published after his death in 1796, the song became an instant standard in 1929 when Guy Lombardo and his Royal Canadians played it on New Year’s Eve, broadcasting from the Waldorf Astoria in New York City. The title literally means, “Old Long Time.” Roughly translated, here are the words:

We two have run around the hills
And pulled the daisies fine.
But we’ve wandered many a weary foot
Since the days of auld lang syne.

We two have paddled in the stream
From morn till the sun was down.
But seas between us two have roared
Since days of auld lang syne.

So here’s a hand my trusty friend.
Give us a hand of thine.
We’ll take a good-will drink again
For auld lang syne. 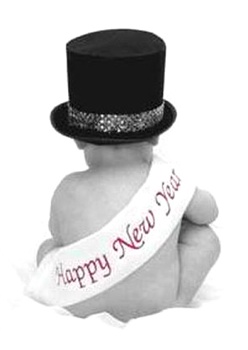 Using a baby to symbolize the new year has been controversial from the beginning. Many cities watch for the first baby of the new year, to shower him or her with gifts from local merchants and lots of media attention. But parading a living baby through the streets brought disapproval from Greek mothers as early as 600 B.C. Egyptians also used a live human baby to symbolize the birth of a new year. Early Christians disapproved of the practice, but its popularity eventually overcame all objections, and the symbol remains one of the most popular. Today’s baby is traditionally a diapered boy with a sash labeled with the number of the upcoming year he represents.