When someone says “Martial Arts,” it conjures images of ancient Chinese warriors locked in combat or Samurai and Ninjas fighting it out in a bamboo forest. While it’s true the most popular martial arts originate from either Japan, China or elsewhere in Asia there are many forms of martial combat from other parts of the world. Here’s a list of ten of the coolest. 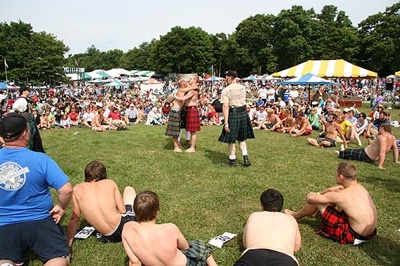 The Scots have been known as fierce fighters, but few would compare Jackie Chan and William Wallace even though most scotsmen had a good amount of martial arts training. Highland wrestling is the first kind of fighting taught to young Scots, often family techniques are handed down from father to son. It’s recorded that often English knights would be caught off guard by the skill of an unarmed Scotsman who could drag fully armored knights off their horses with ease. Highland wrestling is mainly used today by reenactment societies, and “living Historians” since many of the actual techniques are lost to history. 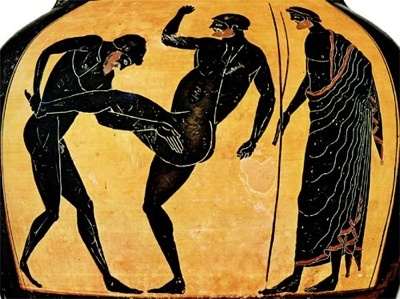 The ancient Greek Olympics were brutal in general, but the most brutal of the events was the Pankration, which roughly translates to “Anything goes”. This fierce combination of boxing and wrestling allowed almost anything, from groin punches, to eye gouges, even finger breaking. The intention of all the Olympic games was to keep every man in the city ready to serve in the military, and the art of the Pankration came in mighty handy when fending off the barbarian hordes. Today, the Greeks still practice Pankration as a sport and the techniques developed thousands of years ago still make it into Mixed martial arts events. 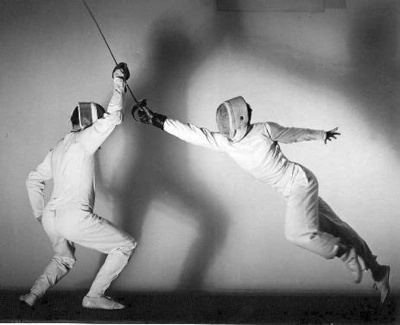 Swordsmanship in western Europe during the 14th and 15th centuries was an important skill for any young man to have, as most gentlemen of noble upbringing carried their rapiers around at all times and were prone to calling for a duel at the drop of a hat. European Fencing is a surprisingly sophisticated and complex fighting art, producing literally thousands of manuals and guides printed all over Europe. Fencers were known for precision strikes, delicate footwork and full body control on par with any Samurai. Each country and region in Europe had a distinctive style, as well as a different style for a number of swords. 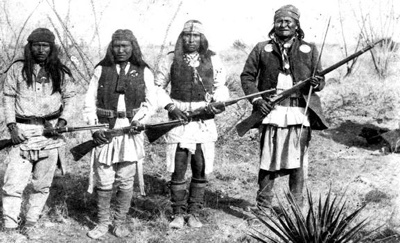 The Apaches mastered the use of many weapons for attacks against settlers or other Native American Rivals, and while many of those weapons were terrible to face, the Apaches were deadliest with little more than a knife. Every Apache had at least one knife at all times as that they were useful for any number of things in a hunter/gatherer society, but in battle Apaches would carry as many as a dozen knives on their person. They could throw them with fearsome accuracy, or cut down men with close, surgical strikes to the chest, throat or Achilles tendons. Currently the US military employs several trainers of Apache ancestry to teach special forces troops survival and knife fighting. It is no wonder navy SEALS are considered the best Knife fighters in the world. 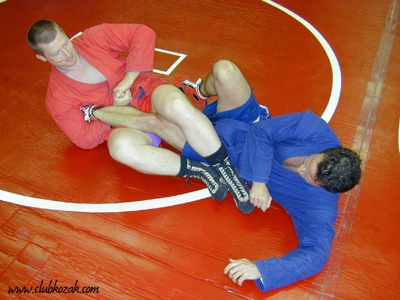 Sambo is a relatively modern martial art, combat sport and self-defense system developed in the Soviet Union and recognized as an official sport by the USSR All-Union Sports Committee in 1938, presented by Anatoly Kharlampiev. There are three generally recognized competitive sport variations of Sambo: Sport Sambo, which is stylistically similar to amateur wrestling or judo; Combat Sambo which was utilized and developed for the military and resembles modern mixed martial arts, including extensive forms of striking and grappling; and Freestyle Sambo which uses a uniquely American set of competitive Sambo rules created by the American Sambo Association. 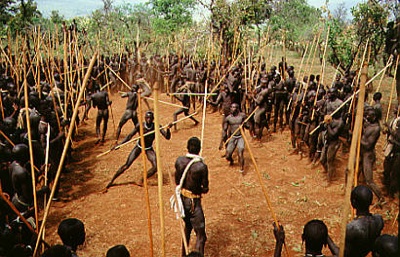 The bedrock of the Zulu’s legendary fighting skill is the art of stick fighting in which two Zulus armed with fresh cut saplings attack each other with only a small hide shield to defend themselves. While the sticks don’t cause a lot of damage to the body aside from shallow cuts, being whacked with one is extremely painful and in a fight you are guaranteed to get whacked a number of times. Combat with the sticks help the Zulus shrug off pain and fear, which is the reason they could charge straight into British gunfire without flinching. Famous South African leader Nelson Mandela stated he participated in stick fighting as a child. 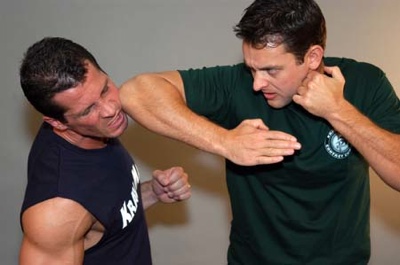 This deadly fighting art from Israel had it’s origins on the streets, developed by Jewish vigilantes who defended their neighborhoods from anti-Jewish gangs. Krav Maga differs from most martial arts in being focused on ending a fight as quickly as possible by using “Overwhelming Force”, making Krav Maga techniques some of the most downright lethal of any martial art. Today it is considered a martial art reserved for Military and police use, and is utilized by US Special Forces and the FBI. 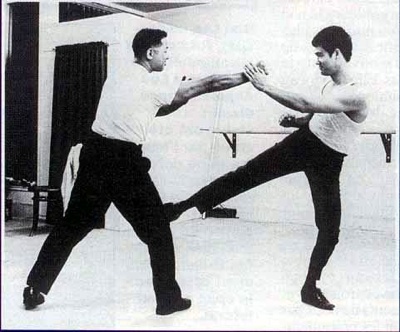 Many falsely identify Jeet Kune Do as an Eastern Martial art, but in truth it was developed in America, by Bruce Lee (An American Citizen) because he admired the simplicity of Western fighting styles Like Boxing and wrestling. Tired of the overly complex methods of Kung fu, Bruce Lee stripped combat down to it’s most basic elements when he developed Jeet Kune Do, teaching that the most important move is the one that wins the fight. Many celebrity friends of Lee practiced the Art, like Kareem Abdul-Jabbar, John Saxon, Jim Kelly and Steve McQueen. 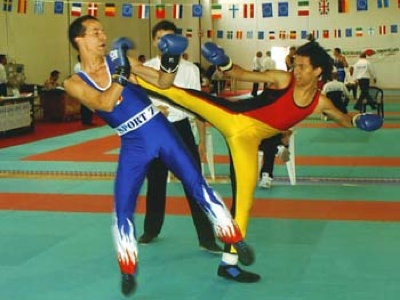 Developed in France during the 19th century, Savate was developed by street fighters who used to put on their old heavy boots and try to kick each other in the head, in fact the word “Savate” is an old slang term for an old shoe. Savate moved from the street into boxing schools and is still a popular form of unarmed competitive fighting in France, known for brutal kicks to the head and face meant to down a man in one blow. Savate schools have also started teaching weapon styles. Typical of a martial art that originated in street fighting these weapons include walking canes, short knives and strangely enough: the wooden chair. 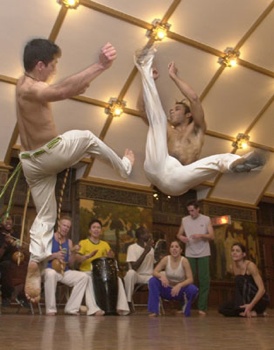 A combination of Combat and dance, Capoeira is possibly one of the most beautiful fighting styles to watch. Capoeira started in Brazil with African and Native American slaves who taught themselves to fight with only their feet while their hands were shackled. After slavery was abolished, the Emperor of Brazil deemed Capoeira techniques too dangerous for freed slaves and forbade its practice. The Capoeria community then began to disguise training matches as “Games” and set them to music to look like a dance. To this day Capoeira matches are always set to music and look like a highly acrobatic dance but Capoeira involves many impressive kicks, throws and take downs that can be quite useful in a real fight.