Listverse commonly plays host to things bizarre, musical, cinematic, and on one particular list, all of the above. Top 10 Bizarre Music Videos saw it’s fair share of attention, but never a sequel. I have compiled a list of 10 more odd and sometimes disturbing videos. Some are humorous, others saddening, and still others scary. All are strange in their very own way, and I know very well we wouldn’t have it any other way. In no particular order. 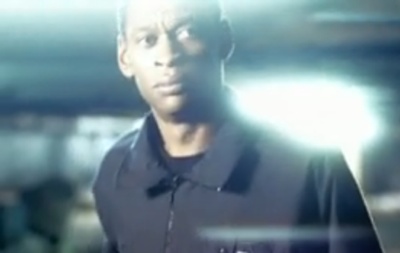 The duo from Bristol, England, belongs to a musical genre deemed “trip-hop”. Their popular song Angel can be heard on the remake of Flight of the Phoenix, a few trailers for Watchmen, and many other venues. The video focuses on a man walking through a parking garage, when he gradually picks up more and more pursuers until a huge mob is sprinting after him. Look for a fairly interesting twist at the end.

WARNING Highly sensitive/graphic content. As their name suggests, Disturbed is known to have had trysts with darker material, but this video (which garnered the band their first Grammy nod) takes the cake. The first minute of the video contains a disclaimer, followed by the lead singer walking in on his girlfriend who just hung herself. The lyrics to the song are sung from the point of view of Satan tempting the main character to kill himself and join his lover in Hell. The disclaimer at the beginning has a suicide prevention hotline.

The video seems like a throwback to the LSD-heavy ’70’s. Trippy colors and effects abound, and I imagine the video will be incredibly entertaining after you get high.

Made in a very unique animation style, this video loosely depicts the songs’ subject matter. The subject matter being the vocalist smiling as he throws his lover to her death. Yeah. But the upbeat piano and opera singer Ani Maldjian’s voice bring quite a different tone to the song, sugar-coating the dark material into a soap-opera romantic tragedy. 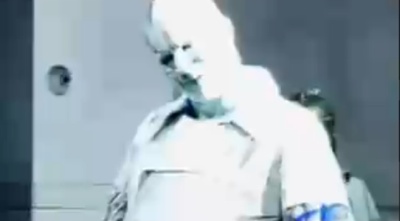 A horror movie may open with a man and a woman being chased through a dilapidated building by some masked freaks, and it may be edited with some trippy color filters. It is to be expected. But a music video? That qualifies as bizarre.

As if one parade of masked weirdos wasn’t enough, Slipknot is here to contribute. The band’s breakout hit features a video of all the band members, in stop-motion puppet form, terrorizing the maggot-infested lab of some mad scientist. It all culminates when the little freaks take the doctor down and light him on fire. Fun stuff.

We’ve all seen the fat guy with glasses dancing in his chair, but few people have seen the ACTUAL video for the song that most know as “Numa Numa”. No, I’m sorry, the real title isn’t Numa Numa, and yes, I’m disappointed as well. But, the Moldavian pop group provides its own bizarre experiences, with comepletely irrelevant and ridiculous animations drawn over stills of the actual band. And they fly an airplane.

I have come to the conclusion that some things do not have a deeper meaning, and that they simply exists to be ridiculous and weird. Hence, the above video was birthed. I kind of want to say it is racist, due to the outfits strikingly similar to Ku Klux Klan outfits, but at the same time, it could just be strikingly similar to the hoods worn by Catholics in Seville, so I’ll reserve judgement. I haven’t any idea what the point of the video is. 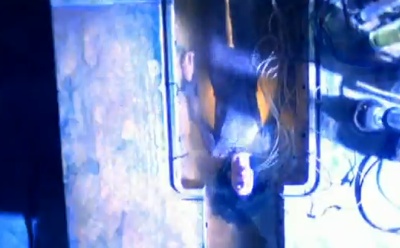 Artist: System of a Down
Video: Watch it here

A unique band and personal favorite, System of a Down has quite a few odd videos and songs. But Spiders takes the cake. As the song builds in intensity, we see flashes between a woman in some kind of dreary facility, and her implied nightmare featuring an odd landscape and disturbing inhabitants. Some of the lyrics, and shots of the facility and people observing the woman, have led many to interpret the song to be about mind control, whether it be literal mind control or social influencing.

Of course, the list couldn’t be completed without a video from Tool. This creepy and surreal video features… uh… Aliens? No. Um… Well, whatever they are, they…. Actually, I simply cannot describe the video. Tool is known for their unique music, odd videos, and surrealist lyrics. Really, a description would do the video injustice, and an explanation is beyond me.