Animal rights are widely known and accepted in western culture but despite this there are topics and events which happen every year that often cause much debate and controversy on the public and media forums. From high profile support from celebrities, outspoken models from the fashion world and animal campaigners, animal rights is an issue that has sparked outrage and even government debate. This is a list of 10 widely discussed topics of animal use that some support openly, while others refuse to accept them under any circumstances.?? 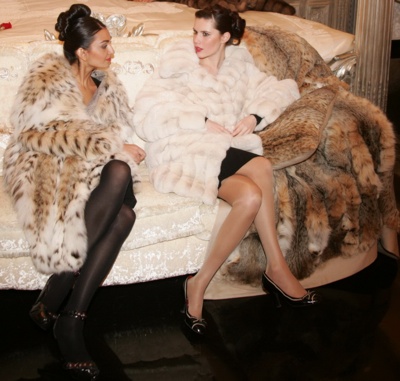 ?Worldwide it’s estimated that 40-50 million animals are killed every year for their fur, including raccoon dogs, rabbits, foxes, mink, and chinchillas. The fur trade has gathered much protest from campaigners for the inhumane way the animals are reared and killed, often in cages where they suffer from numerous physical and behavioral abnormalities induced by the stress of caging conditions and then killed methods that preserve the pelt, such as gassing, neck-breaking and anal electrocution.??Recently China has come under attack from extremist campaigners such as PETA and media over the cruel photos and videos of dogs and cats being kept in awful conditions and then bludgeoned, hanged, bled to death, strangled with wire nooses, and even skinned alive so that their fur can be turned into trim and trinkets. Fur from China is often mislabeled as that from another species and sold throughout the world so it is difficult to know for certain where the fur you are buying came from.?? 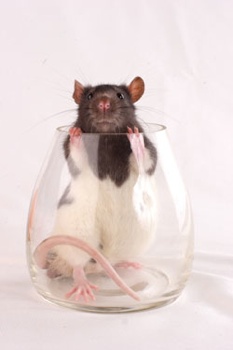 ?Some people will say animal testing is necessary in the furthering of medical treatment for humans but the other side of this argument is that animal testing is completely unacceptable and treatment for humans should be only be tested on humans.? ?It is estimated that 50 to 100 million vertebrate animals worldwide are used annually in animal testing. Although much larger numbers of invertebrates are used and the use of flies and worms as model organisms is very important, experiments on invertebrates are largely unregulated and not included in statistics. Most animals are euthanized after being used in an experiment.??Most research is carried out within universities, medical schools, pharmaceutical companies, farms, defense establishments, and commercial facilities that provide animal-testing services to industry.??Supporters of the practice, such as the British Royal Society, argue that virtually every medical achievement in the 20th century relied on the use of animals in some way, with the Institute for Laboratory Animal Research of the U.S. National Academy of Sciences arguing that even sophisticated computers are unable to model interactions between molecules, cells, tissues, organs, organisms, and the environment, making animal research necessary in many areas. Despite this some scientists and animal rights organizations, such as PETA and BUAV, question the legitimacy of it, arguing that it is cruel, poorly regulated and that medical progress is being held back by misleading animal models among other reasons. Regulation on animal testing varies within various countries.?? 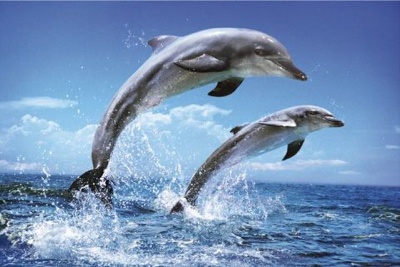 ?Every year, hundreds or even thousands of dolphin and small whale are rounded up and forced into a small hidden cove in Taiji where they are slaughtered in the worlds largest scale kill of its kind, lasting up to six months. Once trapped inside the cove the animals are killed by having their throats slashed or by being speared.  Media images of the event often show the usual blue waters of the cove blood red and some even go further to show the animals sounding in distress. Animal campaigners have challenged the Japanese government to change its laws but whale meat and counterfeit dolphin meat sold as whale meat help to keep this horrific event continuing while the Japanese governments response has been using pest control as an explanation.  ?? 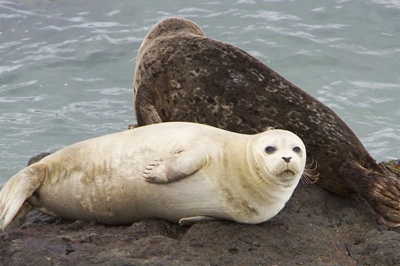 ?Seal hunting has drawn growing media attention due to the disturbing images of seals and their pups being clubbed to death. The main sealing states are Canada, Greenland, Namibia, Norway and Russia although it is Canada that has gathered the most controversy with celebrities such as Paul McCartney and former wife, Heather Mills speaking out against it. In Canada 2006, 325,000 harp seals, as well as 10,000 hooded seals and 10,400 grey seals were killed. An additional 10,000 animals were allocated for hunting by Aboriginal peoples. Canadian law forbids the killing of pup seals until they have began molting at 12-15 days. ??While the steal trade is an extremely controversial issue, many livelihoods depend on the seal trade. The total Canadian seal product exports were valued at $18 million (CAD) in 2006. Of this, $5.4 million went to the EU, although in 2007, Belgium became the first EU state to ban seal products. In 2009 the EU parliament successfully voted to ban the import of seal products. Denmark, Romania and Austria abstained form the law passed by the EU council on July 27, 2009. ?? 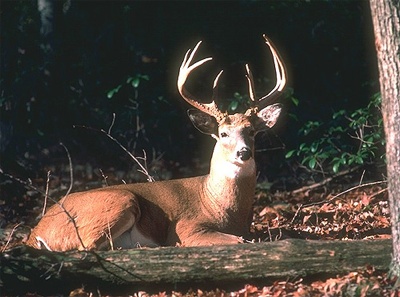 ?High numbers of animals are used each year worldwide for their use in medicine. China is probably the most notable for its use of endangered tiger.??Animals used in traditional medicine are tigers, leopards, sharks, saiga antelope, elephants, rhinoceros, pangolins, tortoises, seahorses, musk deer, as well as 7 of the 8 species of bear. The Asiatic Black Bear (more commonly known as the Moon Bear) are kept in captivity on Bear Bile Farms to enable the regular extraction of their bile acid. ??Tiger bones, skin, fat, whiskers, tail, penises and gall bladders among other parts are believed to cure ailments, keep black magic at bay and possess aphrodisiac properties. It is estimated that there are approximately 5,000 wild tigers left, only 5% of the population number that were alive in the 1900s. About 75 percent are in India while less than 50 are believed to be found in China’s forests. The United States is home to some 10,000 captive tigers, owned by zoos, sanctuaries and private individuals.? 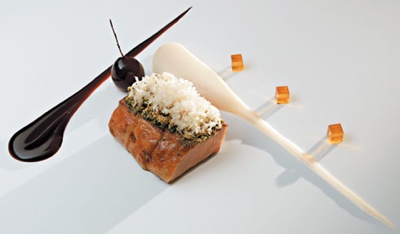 ?It is estimated that worldwide, 140 billion animals are killed for human consumption ever year. The UK, which has a projected 2009 population of 61,126,832, consumed an amazing 2.5 billion animals every year alone. ??Official figures show that UK abattoirs slaughter 900 million poultry, and 30 million cattle, sheep and pigs every year. These figures do not include imported meat; the UK is probably a net importer so it is likely that they consume close to 1 billion farm animals a year. Tonnage figures from the Marine Fisheries Agency together with estimates for average weight of fish suggest that, in addition, about 1,500 million sea fish and 80 million farmed salmon are consumed.??It’s easy to see why vegetarians and vegans are prominent campaigners for animal rights. Animals on factory farms have no legal protection from cruelty that could be illegal if it were inflicted on dogs or cats, including neglect, mutilations, genetic manipulation, drug regimens that cause chronic pain and crippling, transport through all weather extremes and gruesome and violent slaughter for human consumption.? 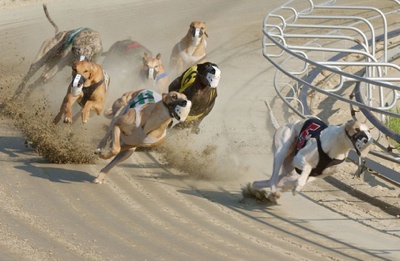 There are many types of sport in which animals are used for; hunting being the most recognized and debated. One of the most recently debated has been fox hunting in the United Kingdom which was outlawed in 2004 against large protests and backlash from hunters who wished for the sport to continue using live foxes. Over 250 million animals are killed each year by hunting in the US alone and this does not include the millions of animal figures that are not maintained by state wildlife agencies.

Animals in sport also include Bullfighting which is still practiced under Spanish and Portuguese traditions. Cockfighting is now illegal but legal fights still take place around the world including cow fighting and camel wrestling.

Horse and dog racing are also very popular around the world, attracting many people for legal gambling but even this has attracted debate. Thousands of greyhounds die each year from racing injuries or exhaustion and over 800 racehorses die each year from fatal injuries on US racetracks alone. 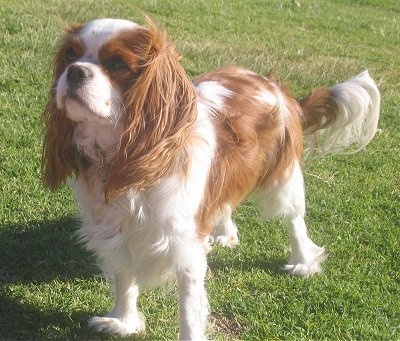 Pedigree breeding of dogs has attracted a lot of attention in the past few years and many think it is cruel and unfair to the welfare of the animal because of the effects on the lifespan of the animal. In 2008 the BBC dropped the dog show Crufts over concerns about breeding practices leaving dogs with debilitating conditions and inherited genetic disease such as a prize-winning Cavalier King Charles suffering from syringomyelia which meant that its skull was too small for its brain and also pugs suffering epilepsy.

It is not known how many dogs worldwide suffer the genetic effects of extreme pedigree breeding but the debilitating effect is well known. Because of the lack of genetic variation, birth defects and inherited diseases in breeds such as deafness in Dalmatians, heart disease in Boxer dogs and hip dysplasia (abnormal hip joint development) in German Shepherd dogs has become extremely common.
? 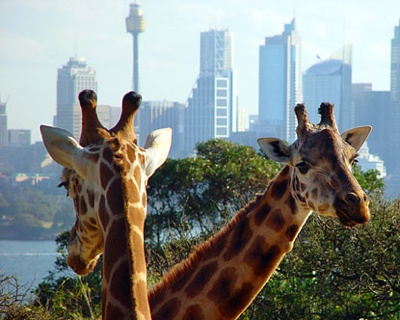 ?Although most zoos are of a high standard nowadays and many are even encouraging breeding programs for endangered species, it is still argued that animals should not be kept in captivity but encouraged back into their native environment.??There are an estimated 5 million animals in zoos worldwide and a report by the World Society for the Protection of Animals showed that only 1,200 out of the 10,000 zoos worldwide are registered for captive breeding and wildlife conservation and that only 2 percent of the world’s threatened or endangered species are registered in breeding programs.??In some Chinese zoos, live killing is encouraged where people can feed wild animals. In the Badaltearing Safari Park, visitors can throw live goats into the lions’ enclosure and watch them being eaten, or can purchase live chickens tied to bamboo rods to dangle into lion pens. Visitors can drive through the lion’s compound on buses with specially designed chutes leading into the enclosure into which they can push live chickens. In the Xiongsen Bear and Tiger Mountain Village near Guilin in southeast China, live cows and pigs are thrown to tigers to amuse visitors.?

?The use of animals by filmmakers has often received criticism for allegedly harmful, and sometimes lethal, treatment of animals during production although laws on animal rights are now stricter. ??One of the most infamous examples of animal cruelty in film was Michael Cimino’s legendary flop Heaven’s Gate, in which numerous animals were killed and brutalized during production. Cimino allegedly killed chickens and bled horses from the neck to gather samples of their blood to smear on actors for Heaven’s Gate, and also allegedly had a horse blown up with dynamite while shooting a battle sequence, the shot of which made it into the film. After the release of the film Reds, the star and director of the picture, Warren Beatty apologized for his Spanish film crew’s use of tripwires on horses while filming a battle scene, when Beatty wasn’t present. Tripwires were used against horses when Rambo III and The Thirteenth Warrior were being filmed. An ox was sliced nearly in half during production of Apocalypse Now, while a donkey was bled to death for dramatic effect for the film Manderlay, in a scene later cut from the film.??Although there are now laws covering animal use in filmmaking in America and Europe, other eastern countries such as South Korea have been criticized for the use of animals such as in the film, The Isle, in which a real frog is skinned alive while fish are mutilated.