Mail-order bride is a label applied to a woman who publishes her intent to marry someone from another—usually more financially developed—country. Historically, mail-order brides were women who listed themselves in catalogs and were selected by men for marriage. Sometimes the men and women involved were citizens of different countries, e.g., women from European countries moving to the United States during the 18th and 19th centuries. Sometimes, they involved citizens of the same country. This list looks at ten facts about mail-order brides that you may not know. 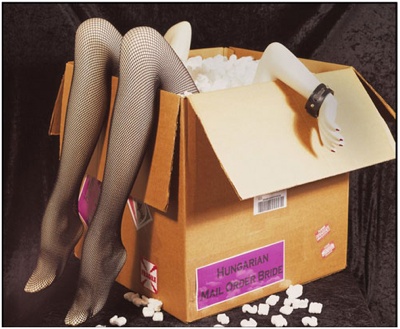 Most people think that Russian brides are desperate women who want nothing more than to marry a foreigner (preferably American) to get the hell out of Russia and start a new life. But in fact, this is almost always incorrect. Russia has a man shortage; there are roughly 8 men for every 10 women in a very marriage-oriented culture. Consequently, many Russian women are compelled to look outside of Russia for a husband. As one mail order bride company says: “[Russian Brides] feel as if you were one of the guys who would approach her at a bar: where she can say, “yes” if she likes you, and “thanks, but no, thanks” if she doesn’t.” 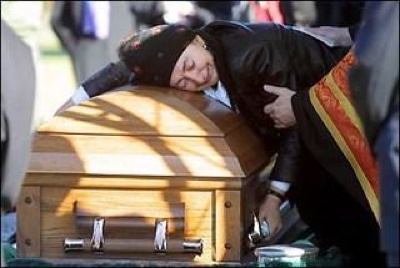 Being a mail-order bride can be very dangerous. There are at least four recent cases of American men murdering (sometimes quite brutally) their mail-order bride. But it does go both ways: there is also a case of a mail-order bride murdering her American husband. Before involving yourself in the mail-order marriage industry, it pays to really consider the reasons behind your future wife or husband using this method to find their partner for life. You might get lucky and meet someone leaving their home country for the reasons cited in item 10, but you might be one of the unlucky ones who end up dead. Here is the description of just one such case:

Anastasia King, a young woman from Kyrgyzstan, was found strangled and buried in a shallow grave in Washington state in December 2000. At the age of 18, Anastasia had received an email from a 38-year-old Seattle man, Indle King, from a mail-order bride website. He flew to her country, and they were married soon after. Two years later, after considerable strife, Indle wanted another bride. He was allegedly unwilling to pay for a divorce, so he ordered a tenant in their Washington home to kill Anastasia. Weighing nearly 300 pounds, her husband pinned Anastasia down while the tenant strangled her with a necktie. Both were convicted of murder. 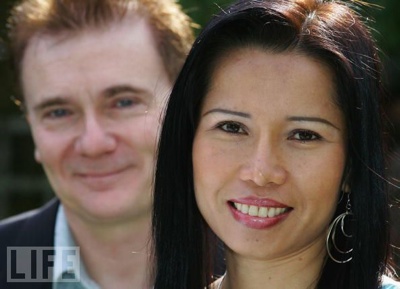 The United States Citizenship and Immigration Services (USCIS) reports that “…marriages arranged through [mail order bride] services would appear to have a lower divorce rate than the nation as a whole, fully 80 percent of these marriages having lasted over the years for which reports are available.” The USCIS also reports that “… mail-order bride and e-mail correspondence services result in 4,000 to 6,000 marriages between U.S. men and foreign brides each year.” 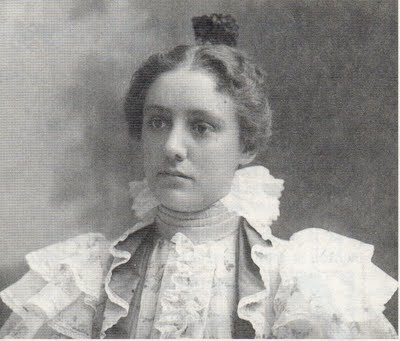 The concept of mail-order brides was first seen on the American frontier during the mid-1800s. Men from the East were migrating West in hopes of claiming land, farming, establishing businesses, and finding gold. Most of these men found financial success in the migration West, but the one thing that was missing was the company of a wife. Very few women lived in the West at this time, so it was hard for these men to settle down and start a family. Their only choice was to attract women living back East; the men wrote letters to churches and published personal advertisements in magazines and newspapers. In return, the women would write to the men and send them photographs of themselves. 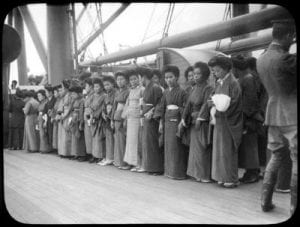 Today’s online dating trend of meeting your future spouse through a picture and a few words is not a new phenomenon. During the “Picture Bride Period,” which occurred from 1908 to 1924, a mass influx of immigrant brides transformed Hawaii’s plantation society. Once predominated by single male transients, the plantations began to include permanent residents with families. More than 20,000 picture brides came to Hawaii to marry immigrant plantation laborers within this time. Most of the women came from Japan, with a smaller number traveling from Korea. Women in Japan were paired with men in the U.S. using only photographs and family recommendations. They were taken by ship to Hawaii, where they met their husbands at the immigration station at Honolulu Harbor. Some of the grooms were 15 or 20 years older than the brides, and in many situations, they did not resemble the pictures sent by the nakodo (a middle-man between the groom and the bride or her family). Some men sent photos of their friends who were younger and better-looking. Their expectations of a better life were also shattered when the women were taken by their husbands to run-down homes and put to work on the plantations. Japan ceased issuing passports to picture brides in 1924, essentially ending the practice. 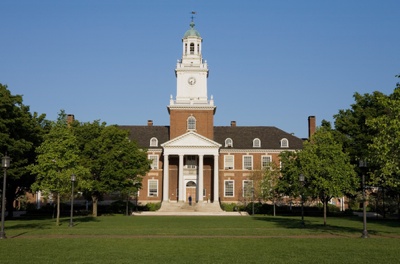 Johns Hopkins University offers a course called “Mail Order Brides: Understanding the Philippines in Southeast Asian Context,” which is supposedly a deep look into Filipino kinship and gender. Why a person would want to study this subject is beyond me, but there must be at least a small amount of demand out there. 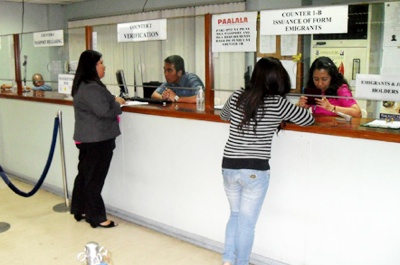 Since 2003 Australian Federal Government’s resolve to decrease what was deemed ‘inappropriate immigration’ by then-Prime Minister John Howard has gained momentum. Initial reactions to the program were mixed. The Australian public further embraced their government’s new policies following the media frenzy of the Jana Klintoukh case; this case first exploded into the public’s view when the current events program, Today Tonight, aired footage of a young Russian-born Australian, claiming she was imported via an Internet site and was used as a sexual slave by her ‘husband’ while being confined to his Sydney home. 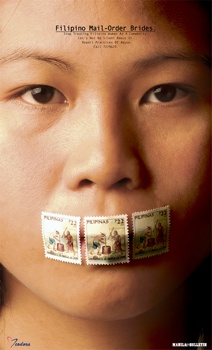 The Philippines prohibits the business of organizing or facilitating marriages between Filipinas and foreign men. The Philippine congress enacted Republic Act 6955 or the Anti-Mail-Order Bride Law in 1990 due to stories that appeared in the local press and media about Filipinas being abused by their foreign husbands. Because of this, Filipinas often use “reverse publications”—publications in which men advertise themselves—to contact foreign men for marriage on behalf of the Filipina women. 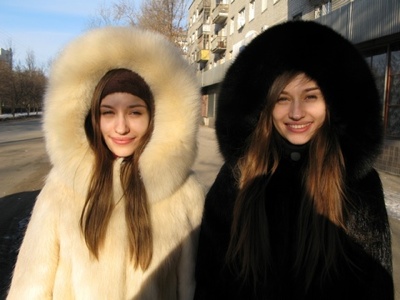 There is a lot of money to be made in the mail-order bride industry. In Taiwan, mail-order brides are sourced primarily from Mainland China and Southeast Asia, especially Vietnam. The common age range for Vietnam women ranges from 20 to 28 years of age. On average, Taiwanese men spend US$10,000 on this type of marriage; however, only US$500 to US$1,000 dollars will be received by the bride’s family and the remainder taken by marriage brokers of the groom and the bride. That is a damn high-profit margin. 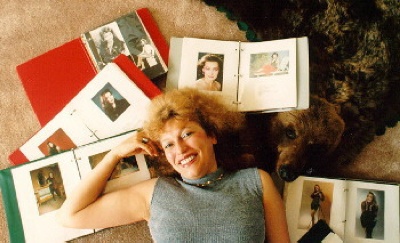 On November 18, 2004, a federal jury in Baltimore, Maryland awarded Ukrainian mail-order bride Nataliya Fox $433,500 ($341,000 of which were punitive damages) against international marriage broker Encounters International and its Russian immigrant owner, Natasha Spivack (pictured above). Spivack arranged Nataliya’s marriage to an American man with a history of violently abusing women and who, after being matched with Nataliya, abused her over the course of their marriage. The jury found the marriage broker guilty of fraud, unfair and deceptive trade practices, willful and wanton negligence, unauthorized appropriation of Ms. Fox’s name and likeness, and defamation. The jury found the mail order bride company (Natasha Spivak) liable for failing to tell Nataliya about a federal law that allows foreign nationals to escape abusive marriages without fear of automatic deportation and for actively misleading her about her legal options. The jury also found EI (Natasha Spivak) liable for misrepresenting that it screened male clients when it did not; and publicizing Nataliya’s marriage to Mr. Fox as an EI “success” story without her permission even after she fled to a domestic violence shelter.