There can be little doubt that technology has changed they way we see our world, and Google Earth is a perfect example. This wonderful tool can be downloaded free of charge from earth.google.com and lets you see the world as never before, zooming about the globe at will. But there’s a lot more that Google Earth can do besides just show you your house (and who hasn’t looked up their house on Google Earth)? So here are 10 interesting places to visit using Google Earth. I provide the coordinates for each location, and you need only plug them into the search box and hit Enter to be taken directly to the spot. These are in no particular order.

One other note, you may wish to turn off the Geographic Web layer in the sidebar (if you have it turned on). Otherwise, for a couple of these sites, all you will see are little blue boxes representing pictures that have been submitted. While these can be very enjoyable, if you’re trying to view the sights, they can be obstructive.

There are, of course, many more interesting sights to be seen through Google Earth, and is reception for this list is good, I’ll do another for you, showcasing some more famous locations. 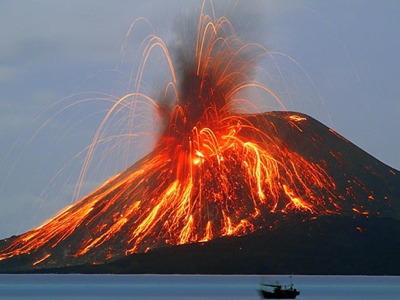 On August 27, 1883, after several weeks of rumbling and threatening (accompanied by lesser eruptions), the island of Krakatoa literally exploded in a series of four volcanic eruptions. The explosions were so powerful that they were heard clearly some 3,000 miles away, global weather patterns were disrupted for years to come, and the shockwave circled the globe seven times! Since then, the island has grown up again and is now known as Anak Krakatau (Son of Krakatau). It remains volcanically active and has been steadily growing larger since the 1950’s. Can it be much longer, then, before another Krakatoa? Only time will tell. 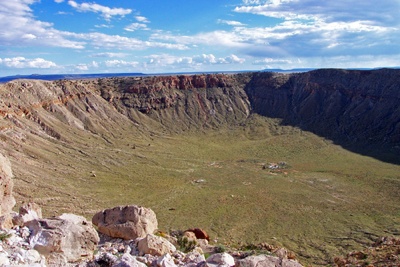 About 43 miles east of Flagstaff, AZ lies a crater some 4,000 feet in diameter and 570 feet deep. It was created about 40,000 years ago, probably by a meteor roughly 54 yards wide. Discovered in the late 1800s, the crater was originally thought to have been the site of a volcanic eruption, but in 1903, Daniel Barringer, a mining engineer and businessman, voiced the opinion that it had been the result of a meteorite impact. On August 8, 1964, Capt. John L. Kidd of American Airlines and another pilot, Gary Chapin, crash-landed in the crater in a Cessna 150. They had intended to fly over the crater but experienced a loss of lift and found themselves trapped within. They circled the crater until they ran out of fuel and crash-landed. Both pilots survived, and the remnants of their plane can be viewed even today. For the full story (and photos), go here. 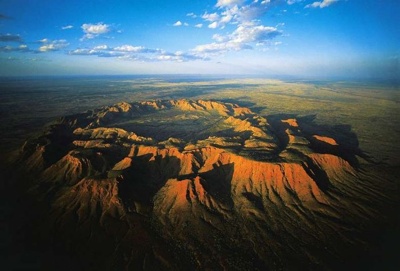 As long as we’re discussing meteor craters, you might want to go and check out the largest verified impact crater on Earth, located in South Africa. You’ll need to zoom out a little to really appreciate it, though. Created by an asteroid suspected to be some 6 miles wide, this crater has a diameter of as much as 186 miles! The age of the crater is estimated at more than 2 billion years. 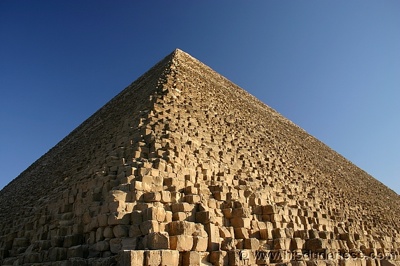 The only remaining Wonder of the Ancient World, the Great Pyramid at Giza was constructed sometime in the 23rd century BC. The Pyramids were constructed to house the earthly remains of the great Pharaohs of Egypt and their arrangement could well be a representation of the “Belt of Orion.” From the central pyramid, if you truck just a little to the southeast, you can also plainly see the Great Sphinx. 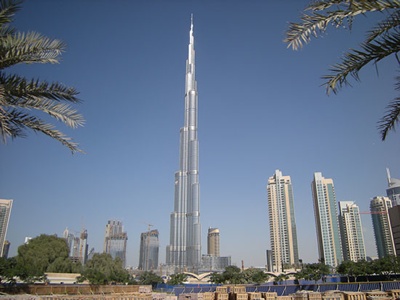 Burj Khalifa, formerly known as Burj Dubai, is the tallest man-made structure in the world, towering over the landscape at an impressive 2,717 feet. Though it is difficult to see the actual building itself on Google Earth, the monstrous shadow that it casts is plainly visible. The building currently holds no less than 14 world records, including the tallest man-made structure, the world’s fastest elevator (40 mph), and the worlds highest swimming pool (on the 76th floor). The cost was a trifling $1.5 billion (U.S.). 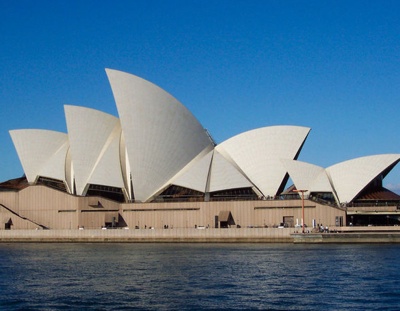 Conceived and largely built by Jørn Utzon, the Sydney Opera House was completed in 1973 (construction began in 1959) at a cost of $102 million. The Concert Hall seats 2,678 individuals and houses the Sydney Opera House Great Organ, the largest mechanical tracker action organ in the world, with over 10,000 pipes. The Opera Theater seats 1,507, the Drama Theater 544, and the Playhouse (an end-stage theater) seats 398. In addition, the Studio and the Utzon Room offer flexible seating of up to 400 and 210, respectively. 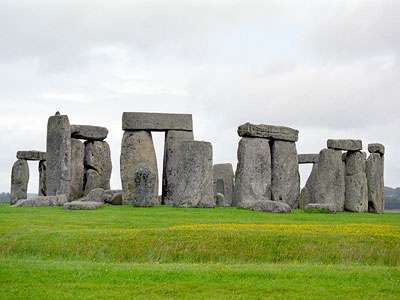 Believed to have been erected around 2500 BC, Stonehenge is known to have been used as a burial ground by Bronze Age cultures living in the region. Beyond that, not much is known for certain. As the people who constructed it left no written records, there is much speculation on it’s function, some of it quite colorful. The most commonly accepted theories are that it served as a primitive observatory, or perhaps a worship site. On Google Earth, the Heelstone is visible to the northeast of the structure, just beside the road, while the remnants of two other henges are visible to the southwest. 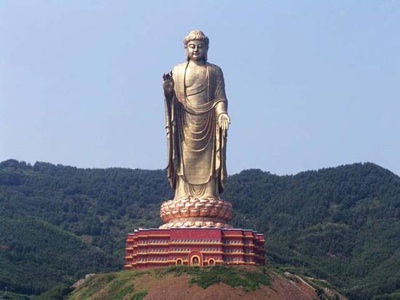 The Spring Temple Buddha is the tallest statue in the world, at 502 feet (when considering the building upon which it sits). It was completed in 2002, at a cost of $55 million and depicts Vairocana Buddha, seen as the embodiment of Emptiness (shunyata). Until their destruction by the Taliban in 2001, the Buddhas of Bamyan were considered to be the largest standing Buddhas in the world. Plans for construction of the Spring Temple Buddha were announced shortly after their destruction. 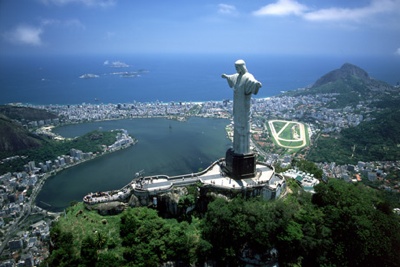 The 130-foot tall statue of Jesus Christ in Rio de Janeiro, Brazil, stands atop the peak of the Corcovado Mountains, overlooking the city. Construction began in 1922 and was completed in 1931. As of July 2007, it is considered one of the New Seven Wonders of the World. In October 2006, on the statue’s 75th anniversary, Archbishop of Rio Cardinal Eusebio Oscar Scheid consecrated a chapel (named for the patron saint of Brazil—Nossa Senhora Aparecida, or “Our Lady of the Apparition,”) under the statue. This allows Catholics to hold baptisms and weddings there. 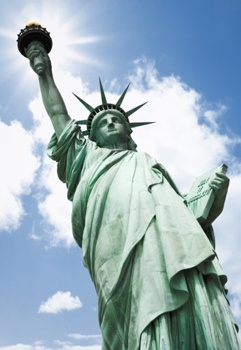 Last, but certainly by no means least, our journey brings us to the Statue of Liberty, which proudly stands in New York Harbor. A gift from France in the year 1886, Liberty stands 151 ft tall, or 305 ft. if the height of the pedestal is included. The statue’s official title is Liberty Enlightening the World, and of the several million visitors each year, one can only wonder how many notice the broken shackles at her feet, or the inscription on the book she carries; July IV MDCCLXXVI. The statue is sheathed in pure copper, over a steel framework, and is one of the most recognizable icons of the United States. From 1886 to 1902, the statue’s torch functioned as a lighthouse, but this was abandoned after discovering that it had a tendency to fatally disorient birds. Though age has tarnished the copper to a bright blue-green hue, one can imagine the incredible glow the statue might have originally had, the sun reflecting off the copper.