While most of these wonders will be known to a few people, they are, on the whole, not as well known as the famous “seven wonders”. Despite that, each has a reason for being considered wonderful and deserves its spot on this list. Enjoy the list and be sure to share other lesser-known wonders in the comments. 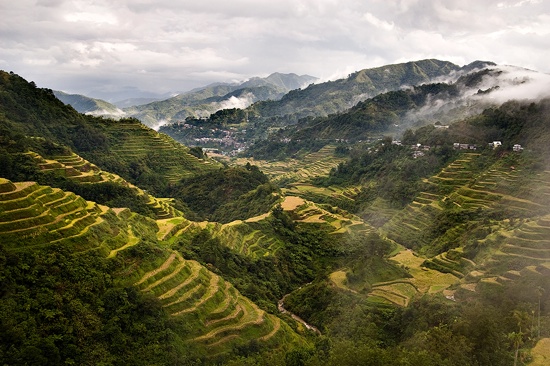 The Banaue Rice Terraces are 2000-year old terraces that were carved into the mountains of Ifugao in the Philippines by ancestors of the indigenous people. The Rice Terraces are commonly referred to by Filipinos as the “Eighth Wonder of the World”. It is commonly thought that the terraces were built with minimal equipment, largely by hand. The terraces are located approximately 1500 meters (5000 ft) above sea level and cover 10,360 square kilometers (about 4000 square miles) of mountainside. They are fed by an ancient irrigation system from the rainforests above the terraces. It is said that if the steps are put end to end it would encircle half the globe. Locals to this day still plant rice and vegetables on the terraces. The result is the gradual erosion of the characteristic “steps”, which need constant reconstruction and care. 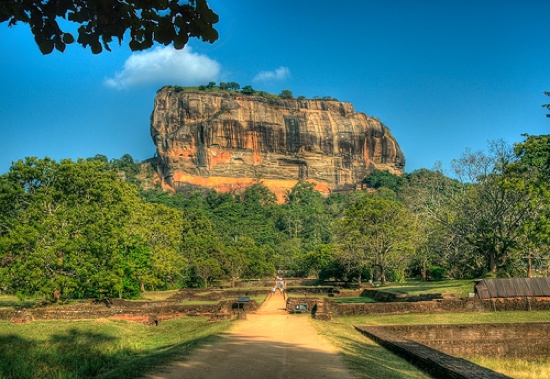 Sigiriya (Lion’s rock) is an ancient rock fortress and palace ruin situated in the central Matale District of Sri Lanka, surrounded by the remains of an extensive network of gardens, reservoirs, and other structures. A popular tourist destination, Sigiriya is also renowned for its ancient paintings (frescos), which are reminiscent of the Ajanta Caves of India. The Sigiriya was built during the reign of King Kassapa I (AD 477 – 495), and it is one of the seven World Heritage Sites of Sri Lanka. Sigiriya may have been inhabited through prehistoric times. It was used as a rock-shelter mountain monastery from about the 5th century BC, with caves prepared and donated by devotees to the Buddhist Sangha. 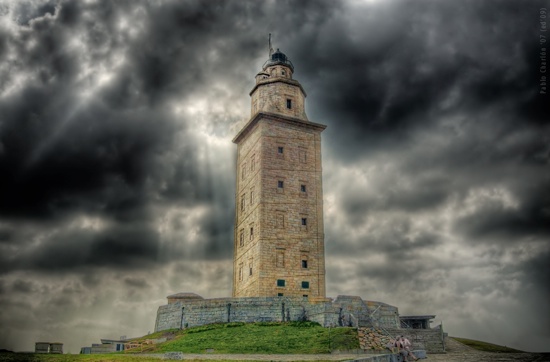 The Tower of Hercules is an ancient Roman lighthouse on a peninsula about 2.4 kilometers (1.5 miles) from the centre of A Coruña, Galicia, in north-western Spain. The name Corunna is said to be derived from the ancient column. The structure is 55 meters (180 ft) tall and overlooks the North Atlantic coast of Spain. It is almost 1900 years old, was rehabilitated in 1791, and is the oldest Roman lighthouse still used as a lighthouse. 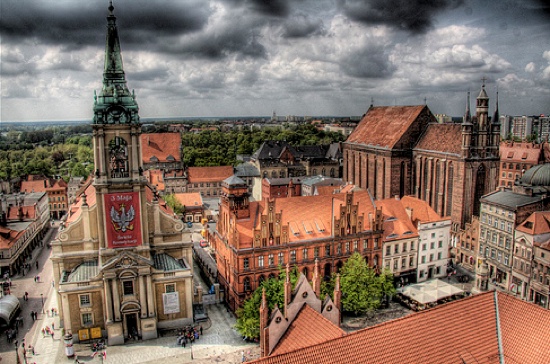 Toru? is a city in northern Poland, on the Vistula River. The medieval old town of Toru? is the birthplace of Nicolaus Copernicus. The first settlement in the vicinity is dated by archaeologists to 1100 BC. During medieval times, in the 7th-13th centuries, it was the location of an old Polish settlement, at a ford in the river. The Teutonic Knights built a castle in the vicinity of the Polish settlement in the years 1230-31. In 1263 Franciscan monks settled in the city, followed in 1239 by Dominicans. In 1264 the nearby New Town was founded. In 1280, the city (or as it was then, both cities) joined the mercantile Hanseatic League and was soon turned into an important medieval trade centre. As you can see from the photograph above, it is a beautiful medieval city and well worth visiting. 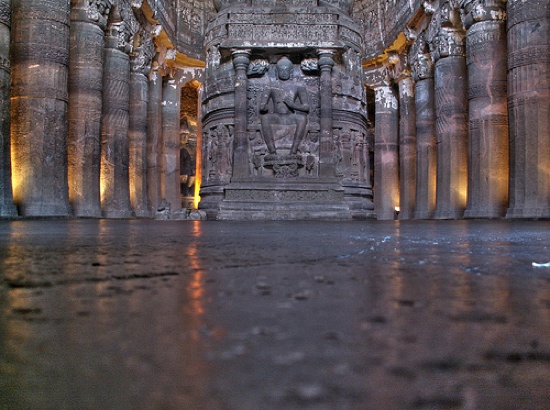 The Ajanta Caves in Maharashtra, India are rock-cut cave monuments dating from the second century BC, containing paintings and sculpture considered to be masterpieces of both Buddhist religious art and universal pictorial art. By AD 480 the caves at Ajanta were abandoned. During the next 1300 years the jungle grew back and the caves were hidden, unvisited and undisturbed until the Spring of 1819 when a British officer in the Madras army entered the steep gorge on the trail of a tiger. Somehow, deep within the tangled undergrowth, he came across the almost hidden entrance to one of the caves. Exploring that first cave, long since a home to nothing more than birds and bats and a lair for other, larger, animals, Captain Smith wrote his name in pencil on one of the walls. Still faintly visible, it records his name and the date, April 1819. 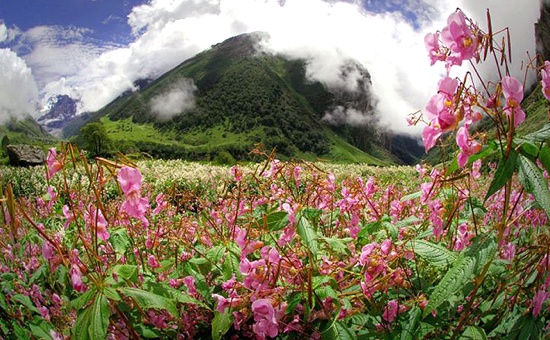 The Valley of Flowers is an outstandingly beautiful high-altitude Himalayan valley that has been acknowledged as such by renowned mountaineers and botanists in literature for over a century and in Hindu mythology for much longer. Its ‘gentle’ landscape, breathtakingly beautiful meadows of alpine flowers and ease of access complement the rugged, mountain wilderness for which the inner basin of Nanda Devi National Park is renowned. Valley of flower is splashed with colour as it bloomed with hundreds different beautiful flowers, taking on various shades of colours as time progressed. Valley was declared a national park in 1982, and now it is a World Heritage Site. The locals, of course, always knew of the existence of the valley, and believed that it was inhabited by fairies. 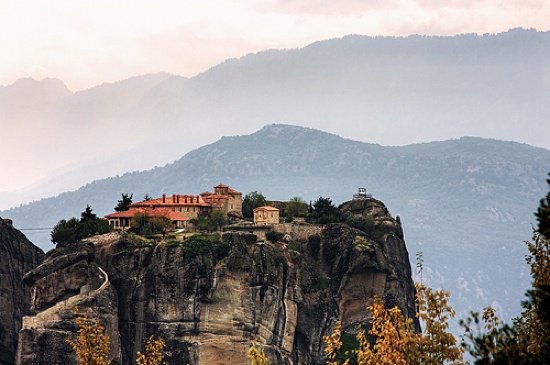 The Metéora (“suspended rocks”) is one of the largest and most important complexes of Eastern Orthodox monasteries in Greece, second only to Mount Athos. The six monasteries are built on natural sandstone rock pillars, at the northwestern edge of the Plain of Thessaly near the Pineios river and Pindus Mountains, in central Greece. Access to the monasteries was originally (and deliberately) difficult, requiring either long ladders lashed together or large nets used to haul up both goods and people. This required quite a leap of faith – the ropes were replaced, so the story goes, only “when the Lord let them break”. 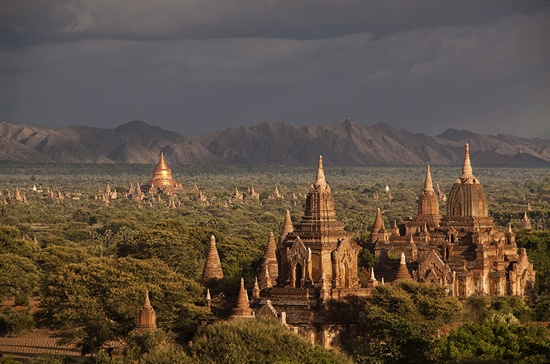 Bagan is an ancient city in the Mandalay Division of Burma. Formally titled Arimaddanapura or Arimaddana (the City of the Enemy Crusher) and also known as Tambadipa (the Land of Copper) or Tassadessa (the Parched Land), it was the ancient capital of several ancient kingdoms in Burma. Bagan was submitted to become a UNESCO heritage site[1] but many speculate of politics as partly the reason for the exclusion. UNESCO does not designate Bagan as a World Heritage Site. The main reason given is that the military junta (SPDC) has haphazardly restored ancient stupas, temples and buildings, ignoring original architectural styles and using modern materials which bear little or no resemblance to the original designs. Nevertheless, this is still a must-see wonder of the world. 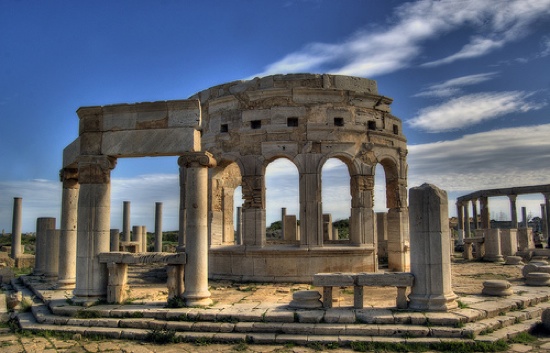 Leptis Magna was a prominent city of the Roman Empire. Its ruins are located in Al Khums, Libya, 130 km east of Tripoli, on the coast where the Wadi Lebda meets the sea. The site is one of the most spectacular and unspoiled Roman ruins in the Mediterranean. The city appears to have been founded by Phoenician colonists sometime around 1100 BC, although it did not achieve prominence until Carthage became a major power in the Mediterranean Sea in the 4th century BC. It nominally remained part of Carthage’s dominions until the end of the Third Punic War in 146 BC and then became part of the Roman Republic, although from about 200 BC onward, it was for all intents and purposes an independent city. 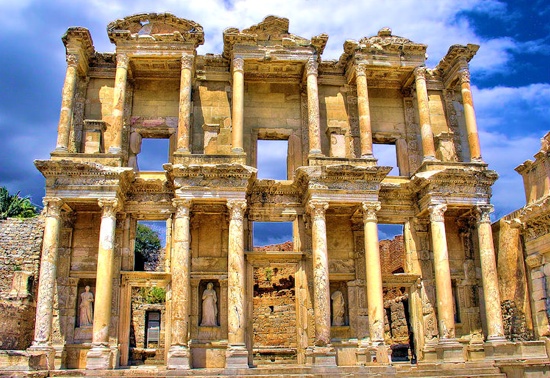 This is number one for strictly personal reasons. I love books, I love libraries, and this site is dedicated to knowledge (as are libraries). The library of Celsus (in Turkey) was built to store 12,000 scrolls and to serve as a monumental tomb for Celsus (who had been consul in 92 AD, governor of Asia in 115 AD, and a wealthy and popular local citizen). The building is important as one of few remaining examples of an ancient Roman-influenced library. It also shows that public libraries were built not only in Rome itself but throughout the Roman Empire. In a massive restoration which is considered to be very true to the historic building, the front façade was rebuilt and now serves as a prime example of Roman public architecture.