In a way, all museums are for geeks – because geeks love history, science, and the pursuit of knowledge. But putting aside the mainstream museums we are all familiar with, there are some more specialized ones that are particularly tantalizing to those of the geek persuasion. This list looks at ten museums that every geek must try to visit at least once. I should warn you in advance, “museum” may be a little bit of a stretch for one or two of these places, but you will agree that they all deserve a place on this list. 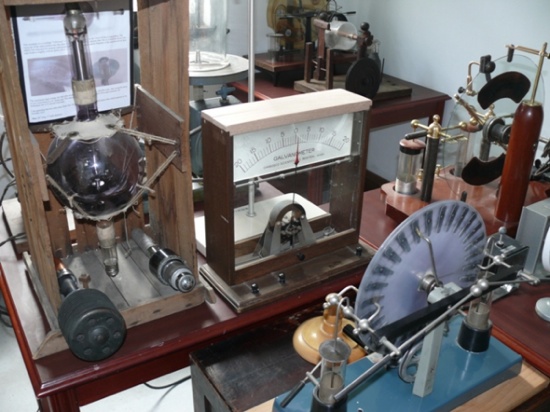 The name may sound boring, but this isn’t just any museum of scientific interest. At the Niagara Science Museum, you can see a vast array of historic and antique scientific instruments but they are all to be found in perfectly reconstructed historically accurate laboratories. The museum covers science from the period of 1870 – 1930 so it is, in a way, showing science at the heyday of the industrial revolution. Among the many fascinating labs set up, the most interesting is the high-voltage lab. And just when you thought it couldn’t get any better, all of the instruments are fully functioning so you can see live demonstrations. [Image Source] 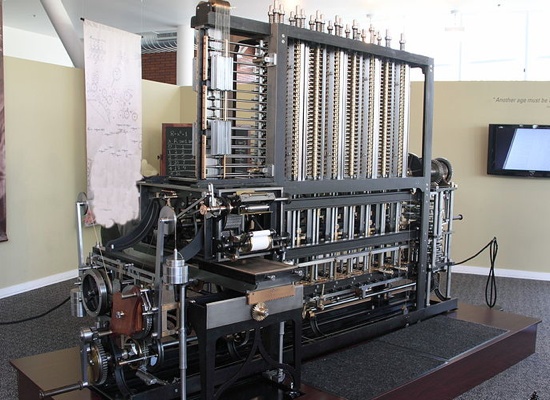 This Silicon Valley museum is a must see for computer geeks even if for one reason alone: it contains a fully functional replica of the original Difference Engine by Charles Babbage. The difference engine is considered the first example of a mechanical computing device and demonstrations are given daily. While you are there you can also see a Cray-1 Supercomputer and a wide variety of other devices which come from the history and pre-history of computing. The museum also hosts talks and demonstrations regularly so it is well worth the visit. [Image Source] 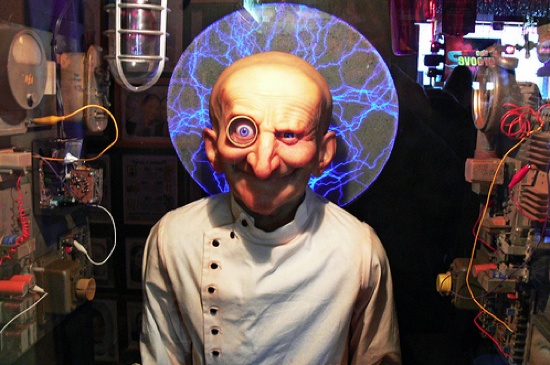 Nestled behind and between two shopping malls, Marvin’s Marvelous Mechanical Museum party-storish pink-awned exterior belies the utter visual cacophony that will assault your senses upon entering the premises. Once your eyes become accustomed to the light they will feast upon 5500 square feet of horror vacui style decoration consisting of old arcade games, automata, model airplanes, vintage fans, and other objects entirely suited to the venue. Collected over the last 50 years by pharmacist Marvin Yagoda, fully appreciating this collection will require more than one visit. [Image Source]

So it’s a bank not a museum, but who cares? The concept is straight out of a science fiction novel and it is a storage device of historic “things” so it needs to be on this list. In order to preserve gene diversity of major food crops, international institutions have established a series of green gene banks, which store samples of genetic material of various strains of each plant species. With the dangers of popular crops being destroyed by disease (as in the case of some bananas today), keeping these seeds means that the plants may be restored one day. The Svalbard Seed Bank is a king of “super-bank” of these seeds – it keeps copies of all the seeds stored around the world in various national seed databases. This is a definite must-see not just for those interested in biology, but anyone interested in man’s attempts to protect against future catastrophes. The facility currently has a capacity to conserve 4.5 million seed samples. With approximately 1.5 million distinct seed samples of agricultural crops thought to exist, the Svalbard Seed Bank can store roughly three of each sample. [Image Source] 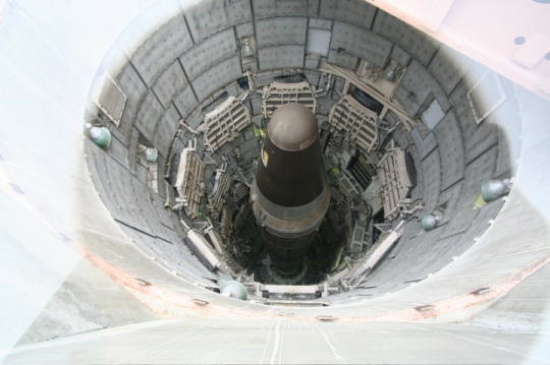 The Titan Missile Museum is the only megaton missile silo from the Cold War that admits tourists. It is found in the middle of the Arizona Desert and until its decommission in 1982, it was the largest nuclear missile silo in the continental US. When you visit the Titan Missile Museum you get to see up close the missile used for training exercises (the original functioning missile is not there for obvious reasons), the control room, and the living quarters (designed to survive a direct attack). The coolest part of the tour is the simulated launch which involved the two-key ignition system with secret codes. From time to time you are able to arrange to sleep in the crew’s quarters overnight. [Image Source] 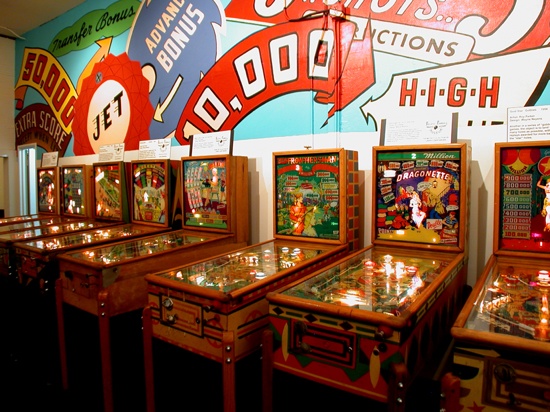 Once called Bagatelle, pinball descended from billiards and other table games of the mid-1700s. But pinball was first patented in 1871 by Montague Redgrave who added the spring-loaded plunger to start the game. Because of its association with gambling, pinball machines were banned in many large American cities, like New York and Los Angeles, in the 1940s. By the mid-70s the laws were overturned when a pinball-defender proved that pinball was a game of skill, not a game of luck. The Pacific Pinball Museum outside of Oakland offers over 90 “playable, historic pinball machines” with the signature lights, bells and whistles of the greatest models. Like most museums, the PPM owns a much larger collection – over 400 machines! – but only some are available for the public to see. This is a museum worth visiting for those who love the old-style mechanical games and those who want to see a rudimentary precursor to the modern electronic games – which leads us to our next museum: the National Center for Electronic Games. [Image Source] 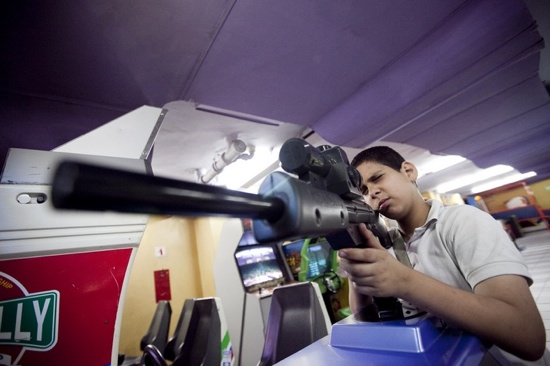 The full name of this museum is “The National Center for the History of Electronic Games”. The National Center for the History of Electronic Games (NCHEG) is located at the Strong National Museum of Play, the only museum in the world solely dedicated to exploring the history of play and its broader impact on society. The permanent collection includes an extensive range of over 20,000 games and consoles, from the early years of the Atari models to today’s Nintendo Wii. Included in the collection are over 10,000 individual video game titles, 5,000 children’s educational games, 100 different hand held models, and a large collection of electronic toys, such as Tamagotchi and Webkinz. But the best part: most of the models are in working condition and available to play! Why wouldn’t you visit this museum? [Image Source] 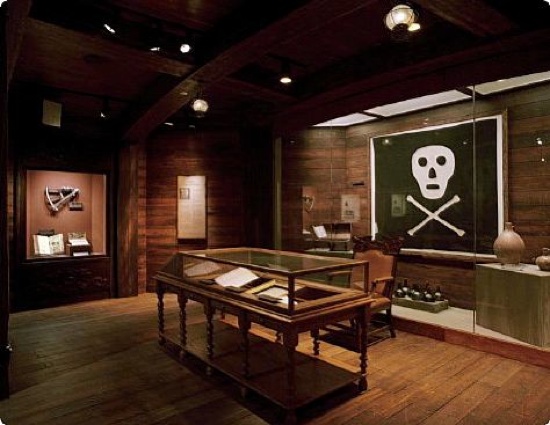 Most geeks are also likely to have occasionally downloaded some music or movies from pirate bay. And it is certainly no secret that the pirate language is popular amongst the Internet hoards – even facebook can be displayed in pirate – so this item simply had to be here. Founded by entrepreneur Pat Croce, the Pirate Soul Museum is the largest and most authentic collection of pirate artifacts in the world. With 48 individual exhibit areas, the museum includes such ill-gotten booty as pieces of gold retrieved from Blackbeard’s warship the Queen Anne’s Revenge, his blunderbuss, one of only two remaining authentic Jolly Roger flags, and Thomas Tew’s original treasure chest, the only known authentic pirate treasure chest in the world. Exhibits include pirate weapons, treasure, buccaneers life, writing and art depicting these feared fortune-hunters. [Image Source] 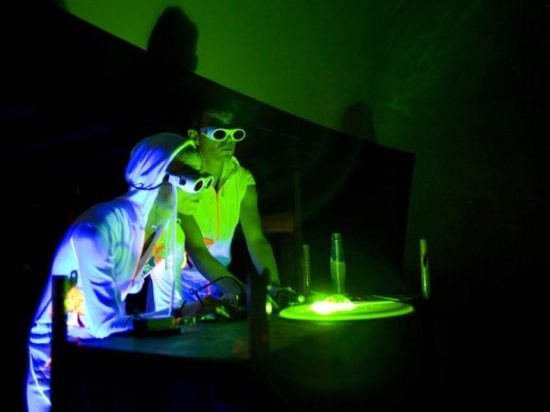 The Maison d’Ailleurs (House of Elsewhere) is a museum of science fiction, utopias, and futurism. Its archives contain around 70,000 documents related to science fiction as well as all things futuristic – books, art pieces, toys – including some very old, unique pieces, a few dating back to the sixteenth century. The collections of the museum are also used for iconographic purposes and research (literature, the history of ideas, design, and so on. In 2008, the museum premiered a new wing dedicated entirely to Jules Verne and early science fiction (it now houses the most important collection of documents relating to Verne). It also presents two to three temporary exhibitions per year, centered on the main themes of science fiction – cities of the future (both utopian and dystopian), space travel and aliens, lost worlds, etc. – and the artists who rendered them beautifully. [Image Source] 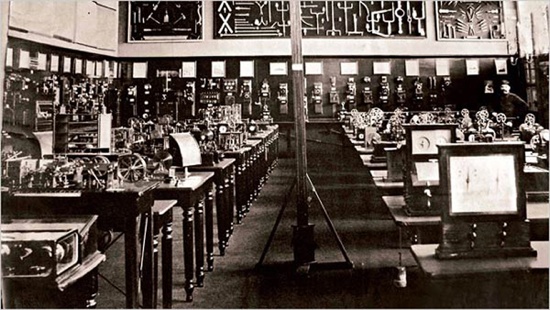 This really is the museum of museums for Geeks – it is, in a strange way, man’s first Internet. When the Mundaneum opened in 1910, its purpose was to collect all of the world’s knowledge on neatly organized 3 x 5 index cards. The brainchild of Belgian lawyer Paul Otlet and Nobel Peace Prize winner Henri LaFontaine, the vast project eventually totaled 12 million cards, each classified according to the Universal Decimal Classification system developed by Otlet. Le Corbusier was one of many prominent figures enthralled by Otlet’s scheme of a “Universal Book.” He described it as a panorama of “the whole of human history from its origins,” and signed on to design an international “city of the intellect,” centered around the Mundaneum. Though Otlet’s name is little remembered today outside the field of information science, he deserves credit for developing many of the ideas behind the modern Internet. What’s left of the Mundaneum persists in a museum in the Centre d’archives de la Communauté Française in Mons, Belgium. [Image Source]