Money is tight anymore. Between a recession that we are all tired of hearing about, low amounts of jobs and high unemployment, we should all be saving our money. But we are going to be equally, if not more, bored when we are poor as we are when we have enough money to spare for luxuries and hobbies. You may not have enough money for the Nintendo Wii, you may be a few dollars short to go to the theatre and see a movie, maybe you are using most of your paycheck to fill up your car, so you can go to work, so you can get a paycheck that is just enough to fill up your car for the commute to work. So what is there to do that is fun, but very cheap? Well, at least ten things. 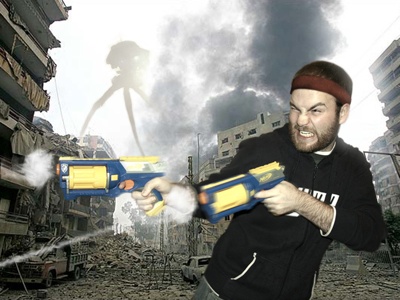 Most of us have at one time seen the flamboyantly colored guns that fire the harmless foam darts with suction cups for tips. But the best part is that they are cheap. A high quality NERF gun will not put you up any more than $40 USD (and most will be between $10 and $20). NERF is definitely the most expensive thing on this list, don’t be disheartened. If you manage to cough up a meager $35, you can be the proud owner of a brand new Vulcan NERF Blaster (for those who are wondering, that is short for belt-fed, tripod-mounted, full-automatic machine gun).

After you obtain your new blaster, try Capture the Flag, Elimination, King of the Hill, and many more game variants. College students need to see if their campus hosts a Humans Vs. Zombies game, where hundreds of students arm themselves with NERF blasters and battle hundreds of other students, the “zombies”, who try to tag human players and infect them. 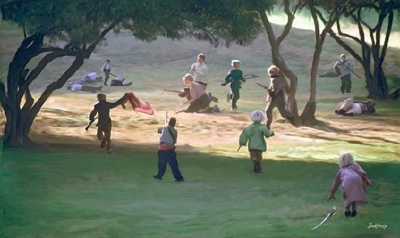 A well-known game, it can be incorporated into wargames (paintball, airsoft, NERF as mentioned above), but for this entry, I’ll talk about the regular tag version. While many people play infinite variations of the game, the most standard version I am am aware of is this.

Two teams occupy one half of the playing area each. They guard a flag (which could be anything from an actual flag to a paper towel to some kind of toy or baton) and the other attempts to capture it and return it to their own side. If you are in the other teams territory, you can be tagged and sent to the team’s jail, where you stay until they release you or a teammate tags you free. Some people play one-sided CTF (one team defends while the other attacks, and roles switch at the end of a timed round), and some play one flag (both teams vie for a single flag set in the middle of the playing area, and try to return it to they’re side). Many websites are dedicated to the game, and many college campuses organize huge games of CTF for their students. 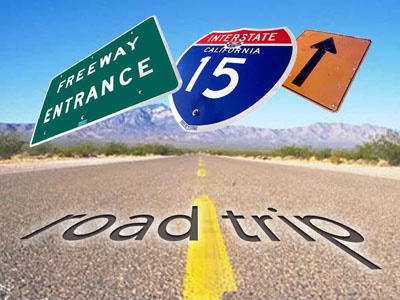 This is a great game for you can your friends to play on long road trips. Bring a silly hat, that is all you need. Before you depart for your trip, the driver designates things that are catalysts for the game. When the catalyst is seen by anybody in the car, they immediately punch the roof and yell the catalyst. Regardless of whether they themselves have seen it, the other occupants of the car must punch and yell too. Last person the react is the Trip Bitch, or Car Bitch.

A catalyst can be anything. For example, when I played, catalysts were Padiddles (any car with one headlight out), and large white vans. When we saw a Padiddle, we punched and yelled “Padiddle!” When we saw a white van, we punched and yelled “Pedophile!” They can be cars, animals, certain road signs, anything. The Bitch must wear the hat at all times (even if you stop to eat at a restaurant, use the bathroom, etc.) and if they lose twice in a row, they must unzip their fly and leave it down. They are to be ridiculed and insulted the whole time they are Bitched. You are no longer the Bitch when you react faster than someone when a catalyst is spotted. 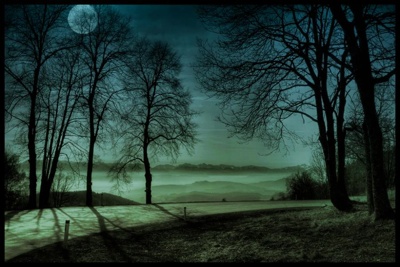 For this, you need a few flashlights, a large playing area with plenty of hiding spots, a dark night, and at least one cheap light, like a book light or light-up keychain. There are two teams in this game: Hunters, and Seekers. Hunters take the Light, which is the keychain, and hide it. It must be visible, but not so blatant that it can be seen from a long distance. Seekers start on the opposite side of the playing area, and use stealth to sneak around past the Hunters to try and find and capture the Light. Hunters use their flashlights to shine on the Seekers. If a Seeker is spotted with a flashlight and called out, they are tagged. The first time, they get a warning and must retreat out of sight of the hunters back the way they came, then continue. The second time, they are eliminated. When we play, we play in the local large cemetery or inside a large church. You can play with as little as 3 people, but more is better. Seekers usually outnumber Hunters. 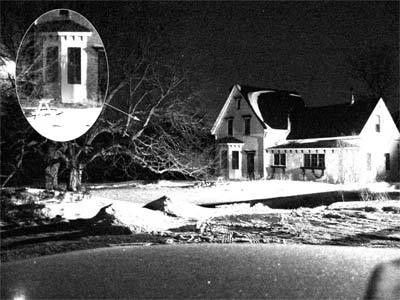 I’m sure many of you will not even consider this an option, but trust me, it is fun. Going to creepy and out-of-the-way places carries it’s own thrill. Bring cameras and voice recorders, and see what you can find. However, if you go expecting to find anything, you will almost always be disappointed. Whether it is because of lack of spirits or lack of luck, I’ll leave to the individual to decide. But regardless of any evidence or occurrences, or lack of, all of my friends enjoy the activity, both believers and skeptics. Most of the times, the unknown things you will find aren’t eerie voices or pictures, but obscure histories and dark pasts of the locations, and how their legends developed. 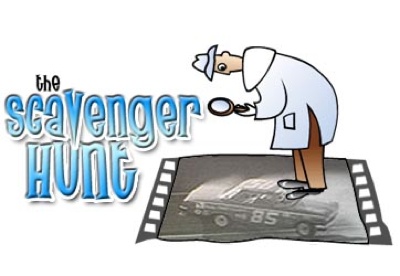 For this, you need two teams, a list of items to find, and some cameras (cell phone cameras are preferred). Both teams gather and receive their lists of what to find, then drive or walk around to get them. Document your finds with the cell phone cameras, and if you can, send them to the other team to taunt them! Items on the list can be actual objects, or just a task. When we went, we had to: Get kicked out of a store, find a Bush-Cheney bumper sticker (in 2007, mind you), kiss a farm animal (my friend and the cow he kissed are now expecting), and other things like that. Lists can include anything! 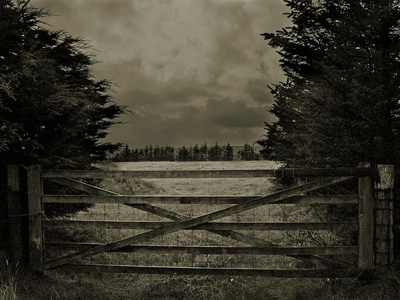 Find the large area you used to play Stealth, and head back there to play this, also a night-time game. You have to Victims, and the Killer. Victims must wear sunglasses and ear plugs. This forces them to use flashlights to see, and speak loud to communicate. Our Killer, who preferably dresses in dark clothing, must stalk the Victims and tag them. If you want to make things really interesting, give the Victims NERF guns and the Killer and Sharpie marker (to simulate a knife). Last one standing is the new Killer next round. Happy hunting! 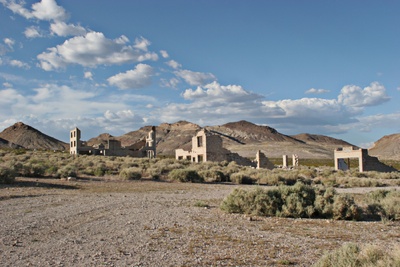 Urban Exploration is a pass time that involves going to any place, usually considered undesirable or uninteresting, and discovering things that nobody else knows about. These locations are usually reported to be haunted, and so UE has close ties to ghost hunting, but they are not exclusive. Most Urban Explorers are interested in unusual or dark history, or things that are just strange and weird. I recently discovered a little-known nature preserve, very close to my home, that has an abandoned cemetery and Depression-era homestead, tucked away in the woods. Further poking and research led me the history of the former residents, and the area in general. 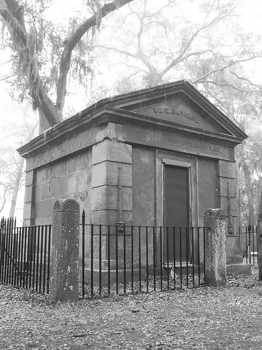 Some may consider this disrespectful, but rest assured, none is intended. Go to a cemetery, preferably one in an area you aren’t too familiar with. Find a tombstone that stands out to you, and write down the person’s name. When you get home, research that person, and check out their history. Generally, the more ornate tombstones lead to more eccentric people! I have found some truly amazing stories on my Safaris, which have in turn led me to other relatives in other cemeteries, which augmented my Urban Exploring. 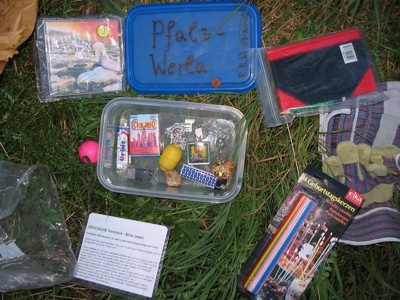 Geocaching is a widespread activity, taking the world by storm. People have hidden things called geocaches around the world. All you need is a GPS device (most phones will be capable) or you can simply load a map onto your computer and bring it along. Geocahces can be anything, from key boxes to Tupperware containers, from baby-food jars to coffee cans. Some even get 5 gallon containers! In the container, you leave several trinkets, usually toys and other things with a low value, and hide it. You then go online, log the GPS coordinates, and leave clues to it’s location for other geocachers. When you find one, sign the logbook to show you were there, and take an item, but also put one back. Caches and be as easy to find as lifting a rock, and some get as difficult as to need rock climbing gear! Some are even hidden underwater, accessible only with SCUBA gear! Some of these geocaches were hidden literally almost in my backyard. Go to www.geocaching.com and register for a free account (they do NOT send spam or newsletters) and you can see a map with geocaches marked in your local area! It is a world-wide game, with competitions and events. Many people own trackig dots, which are coins that have a code that you enter online to log it and see where it has been. The one we found started it’s journey in South Carolina, but had hits all over North America, aven a few in Australia, New Zealand, Asia, and Europe!

Also, geocachers practice what is called “Cache In Trash Out”, which involves picking up litter and keeping the areas that caches are located in clean.