The definition of an empire is: when a single entity has supreme rule and power over a vast area of territory, which consists of peoples of different ethnicity and nationality. This list is based on the influence, longevity and power of the various empires, and, as you will see, it contains at least one or two entries that may strike some as controversial. My one requirement for this list is that the empire must have been ruled – for at least a majority of the time – by an emperor or king. This excludes modern so-called empires such as the United States and Soviet Union. The entries here are listed roughly by influence and size. 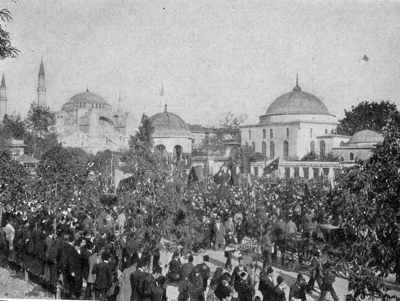 At the height of its power (16th–17th century), the Ottoman Empire spanned three continents, controlling much of Southeastern Europe, Western Asia and North Africa. It contained 29 provinces and numerous vassal states, some of which were later absorbed into the empire, while others were granted various types of autonomy during the course of centuries. The empire was at the center of interactions between the Eastern and Western worlds for six centuries. With Constantinople as its capital city, and vast control of lands around the eastern Mediterranean during the reign of Suleiman the Magnificent (ruled 1520 to 1566), the Ottoman Empire was, in many respects, an Islamic successor to the Eastern Roman (Byzantine) Empire.

Become part of the empire of the future! Buy Orson Scott Card’s Empire at Amazon.com! 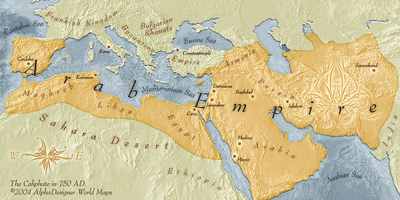 The Umayyad Caliphate was the second of the four Islamic caliphates (systems of governance), established after the death of Mohammed. It was ruled by the Umayyad dynasty, whose name derives from Umayya ibn Abd Shams, the great-grandfather of the first Umayyad caliph. Although the Umayyad family originally came from the city of Mecca, Damascus was the capital of their Caliphate. Eventually, it would cover more than five million square miles, making it the largest empire the world had yet seen, and the fifth largest contiguous empire ever to exist. The Umayyads established the largest Arab-Muslim state in history. From the time of Mohammed until 1924, successive and contemporary caliphates were held by various dynasties – the last being the Ottoman Empire (above).

Babylonian, Akkadians, Assyrians, Sumerians, Hitites, Bactrians, Scythians, Parthians, Medes, Elamites, Egyptians, Ethiopians… Before the Romans, there were the Persians. They basically unified the whole of Central Asia which consisted of a lot of different cultures, kingdoms, empires and tribes. It was the largest empire in ancient history. At the height of its power, the empire encompassed approximately 8 million km2. The empire was forged by Cyrus the Great, and spanned three continents: Asia, Africa and Europe. 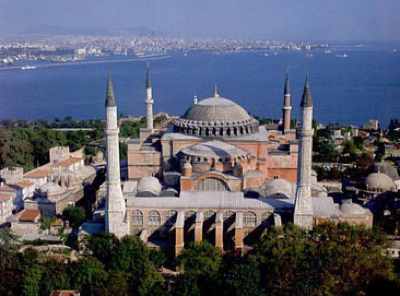 The Byzantine Empire, or Eastern Roman Empire, was the Roman Empire during the Middle Ages, centered on the capital of Constantinople, and ruled by emperors in direct succession to the ancient Roman emperors. It was called the Roman Empire, and also Romania. During its existence, of over a thousand years, the Empire remained one of the most powerful economic, cultural and military forces in Europe, despite setbacks and territorial losses, especially during the Roman–Persian and Byzantine–Arab Wars. The Empire received a mortal blow in 1204 by the Fourth Crusade, when it was dissolved and divided into competing Byzantine Greek and Latin realms. Despite the eventual recovery of Constantinople and re-establishment of the Empire in 1261, under the Palaiologan emperors, successive civil wars in the fourteenth century further sapped the Empire’s strength. 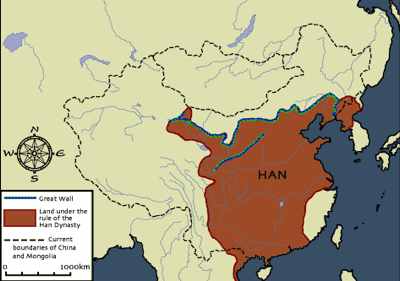 During the Chinese period of warring states, the whole of China was embroiled in a civil war as the different kingdoms within it battled it out with each other in the quest for supremacy. In the end, the Qin State won, and gobbled up the whole of China, with 40 million people under it’s control. The Qin Dynasty didn’t last long, and soon it went to the Han, which eventually controlled China for close to 400 years. The period of the Han Dynasty is considered a golden age in Chinese history in terms of scientific achievement, technological advance, economic, cultural and political stability. Even to this day, most Chinese people refer to themselves as the Han people. Today, the “Han people” is considered the largest single ethnic group in the world. 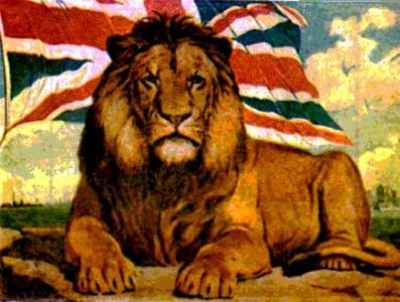 At it’s greatest extent, the British empire was known as the largest empire in history, as it covered more than 13,000,000 square miles, which is approximately a quarter of the Earth’s total land area, and controlled more than 500 million people – again a quarter of the world’s population. As a result, the legacy it imprinted on these conquered lands is tremendous in terms of political reform, cultural exchanges and way of life. The English language, which it spread, is the second most-widely spoken language in the world today, and many linguistics agree that English is the defacto standard language of the world. The British empire is definitely one of the most influential empires ever to have existed in human history. 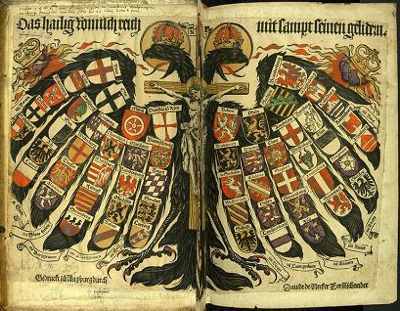 During the middle ages, they were considered the “superpower” of their time. At it’s height, the Holy Roman Empire consisted of eastern France, all of Germany, northern Italy and parts of western Poland. Despite being relatively small in terms of Empires, its influence on the history of central Europe is still felt today. Incredibly the Empire lasted from the early middle ages ages to the 19th century. The Empire was formally dissolved on 6 August 1806 when the last Holy Roman Emperor, Francis II (later Francis I of Austria), abdicated following a military defeat by the French under Napoleon. Upon its collapse, the following nations emerged: Switzerland, Holland, the Austrian Empire, Belgium, the Prussian Empire, Principality of Liechtenstein, Confederation of the Rhine and the first French Empire. 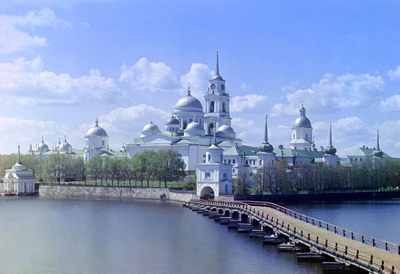 The Russian Empire was a state that existed from 1721 until the Russian Revolution of 1917. It was the successor to the Tsardom of Russia, and the predecessor of the Soviet Union. It was the second largest contiguous empire in world history, surpassed only by the Mongol Empire, and the third largest empire behind the British Empire and the Mongol Empire. At one point in 1866, it stretched from eastern Europe, across Asia, and into North America. 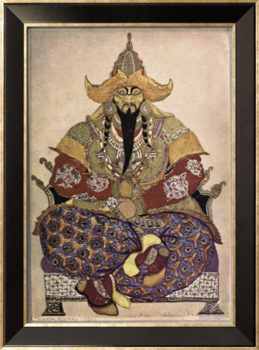 It all started when Temujin (who was later known as Genghis Khan), vowed in his youth to bring the world to his feet. He almost did. His first act was unifying the scattered Mongolian tribes. Then he set his sight on China, and the rest is history. From Vietnam to Hungary, the Mongol Empire is the largest contiguous empire in the history of mankind. Unfortunately for them, their empire was too big to be controlled, and there was no unity among the different cultures. The Mongols were fearless and ruthless fighters, but had little experience in administration. The image of the mongols as a brutal and savage people is renowned through history.

Discover how the Mongol empire influenced the world we know today. Buy Genghis Khan and the Making of the Modern World at Amazon.com! 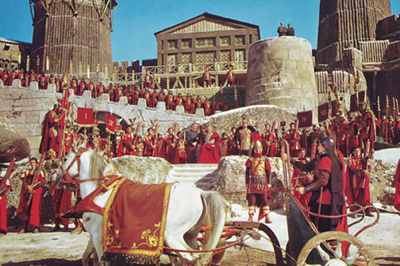 At first they were ruled by divine kings, then they became a republic (perhaps their greatest period) before finally becoming an empire. How a group of farmers, who started off fending wolves to protect their livestock, eventually became the greatest empire in all history is the stuff of legends. Coupled with an excellent military and administrative system, the Roman Empire, or rather ancient Rome, is also one of the longest-lasting. Counting from its founding to the fall of the Byzantine empire, ancient Rome lasted for a whopping 2,214 years!

Ancient Rome contributed greatly to the development of law, war, art, literature, architecture, technology, religion and language in the Western world. In fact many historians consider the Roman Empire to be a perfect empire – influential, fair, long-lasting, big, well defended and economically advanced. The influence of the Roman Empire is felt to this day, if for no other reason than the influence on the Catholic Church, which took much of its administrative nous and pageantry from it.