With a landmass of 9.6 million square kilometers, and the most eclectic geographic terrain in any continent on Earth, China is decidedly history’s least explored nation. This inaccessibility is further compounded by a staunchly self-isolated people, making the Chinese amongst the world’s most mysterious, and least understood, cultures. Who, then, amongst either the Chinese themselves or visiting foreigners (waiguoren), have ever, in China’s 5,000 year-old civilization, had the wherewithal and the sheer determination to explore this incomprehensible vastness? 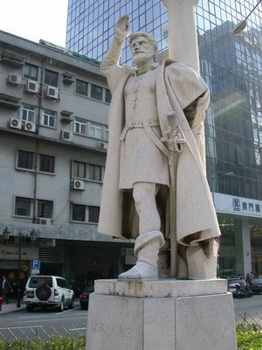 The Spanish and the British have blazed an indelible trail across the oceans of time, but the Portuguese are also to be commended for their groundbreaking world explorations, including being the first Europeans to land in China. The island of Macau was, and is still, a Portuguese enclave off the coast of South China, a result of Jorge Alvares’ 16th century trade expeditions in China. 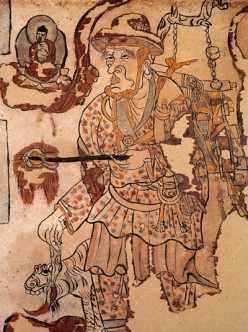 In the year 399, Chinese Buddhist monk Fa Xian departed on what would be a decade-long pilgrimage from China to Nepal to India and Sri Lanka, in search of holy scriptures. He documented his epic experiences in the rather long-titled book, “A Record of Buddhistic Kingdoms Being an Account by the Chinese Monk Fa-Hien of his Travels in India and Ceylon in Search of the Buddhist Books of Discipline.” 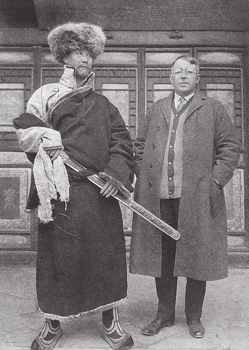 A botanist with a taste for wanderlust, Joseph Rock spent over 20 years traveling and living amongst the indigenous tribes of West China. Beginning in 1920, Rock toured Tibet, Yunnan and Sichuan provinces, studying and discovering. To fund his travels he wrote articles about China for National Geographic. As a result of his efforts, Rock had flowers and mountains named after him, and was the inspiration for author James Hilton’s now universal term “Shangri-la.” 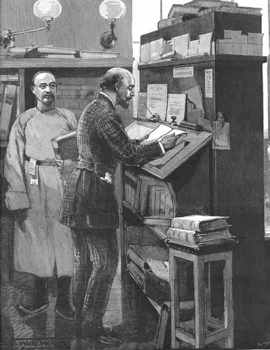 Robert Hart, a British military officer, arrived in mid-19th century China just as rebellion was seizing the crumbling empire, both from within and from the outside. Hart was eventually promoted to Inspector General of Chinese Customs and, in time, an advisor to the Manchurian court. Hart did not leave China again for the next fifty years! For his support of the Qing Dynasty, he was knighted by England and has come to be recognized as the most famous foreigner in Chinese history. 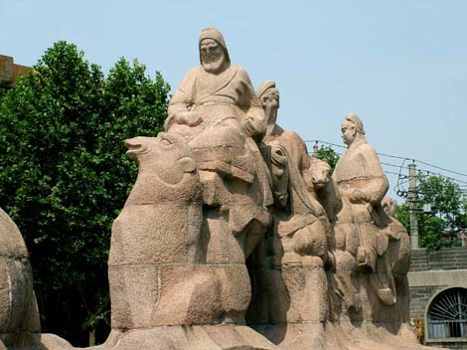 Chinese military ambassador Gan Ying was dispatched in 97 AD to Rome, to report on that empire’s customs and military practices. Gan never actually reached Rome, due to obstacles set up by Middle Eastern rivals, but his journey as far as the Persian Gulf, a new record for the Chinese, helped later dynasties prepare for future expeditions. Records are meant to be broken, and that’s what American travel photographer Tom Carter inadvertently did in 2006, when he went exploring all 33 provinces in China. 2 years and 56,000 kilometers of road later, Carter became the only foreigner in China’s history to cover this much ground. He documented everything he saw in his book “CHINA: Portrait of a People,” considered the most comprehensive book of photography on modern China ever published by a single author. Grandson of the notorious Genghis Khan, Kublai ruled the Mongols for over 30 years, and, in doing so, helped make it the largest and longest-running empire in the history of the world. The Fifth Great Khan, as he was known, was also the first non-Chinese to rule all of China, which he succeeded in doing on horseback, through a series of bloody 13th century battles. Marco Polo, who shares this list, befriended Kublai at this same time, and was said to have played a part in the Mongolian’s conquest of the Chinese. The reason that the “Great Helmsman” does not top this list is because, quite frankly, for all his fame and notoriety, Mao was more of a destroyer rather than explorer. Certainly his infamous 20th century ‘Long March’ across western China was brave (if you can call a cowardly military retreat brave). However, historians show that the future Communist Party chairman never actually “marched,” but rather, had slaves carry him in a sedan chair until they dropped dead from exhaustion. Still, Mao did manage to break new ground, and for that he gets the Number 3 slot. What list about Chinese exploration would be complete without this household name? Never mind that scholars are debating whether, in fact, Polo ever actually landed in China, as he boasts in his memoirs “The Travels of Marco Polo.” The indisputable fact is that, in the 14th century, this Venetian (now part of Italy) and his mercantile family helped to establish the overland Silk Road trading route between Europe and Asia, that would forever change the face of history. 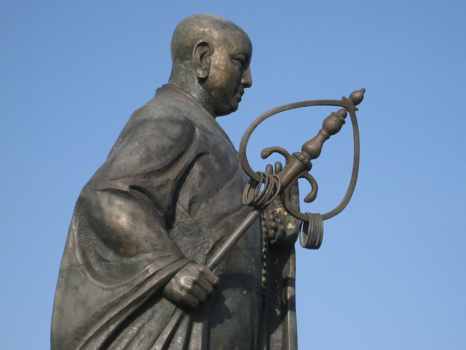 This highly venerated Chinese Buddhist monk is credited for introducing Chinese culture to India, and vice versa. In the year 629, Xuanzang set out on a massive overland journey by foot across China, Central Asia and India, with the objective of compiling religious scriptures from those regions. He returned to China in 645 with a wealth of information about those, heretofore unknown, lands. Xuanzang has been immortalized in “Journey to the West,” China’s most famous book (and on-going television series).