Traitors, hypocrites, cowards, liars… there are about a trillion different words for people who sell out their own kind, but there’s one we can all agree on: assholes. Here are 10 guys who betrayed their own communities, big time: 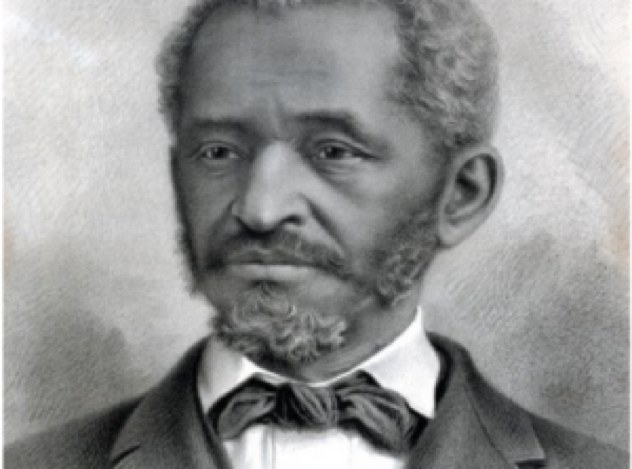 Johnson was a plantation-owner who almost single-handedly introduced slavery to the Colony of Virginia; all while running his very own Candyland. Oh, and did I mention he was black?

Not only was Johnson African through-and-through, he was an ex-slave himself. In 1621 he’d been snatched by slave traders and wound up working as an ‘indentured servant’ in Virginia. Now, while ‘indentured servants’ were basically slaves there was one important difference: when their contract expired or was bought out, they were free. That means all the beatings, forced labour and general awfulness had an end in sight—and owners were legally bound to honor it. Thanks to this system, Johnson was able to buy his freedom and eventually set up his own plantation. So when one of his ‘servants’ came to the end of his contract, Johnson let him go, right?

Nope. He took the guy to court and sued for his right to own him for life. The court agreed and, hey presto, suddenly slavery was de-facto legal in Virginia. Six years later, it was on the books and a whole depressing chapter of American history was ushered in—all thanks to one guy who’d apparently never heard of ‘solidarity’. 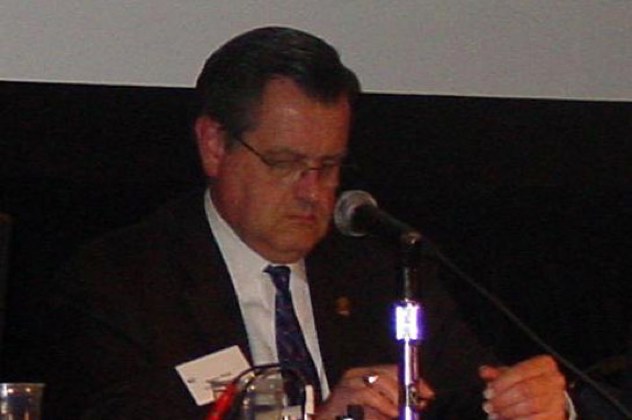 As a member of the House of Representatives, Jim West developed a track record for anti-homosexuality. What sort of track record? Well, he was a vocal supporter of a bill that would’ve banned gay people from working in schools, day care centers and State agencies; along with another one that would’ve made giving out pamphlets on HIV-protection illegal. Just to prove he could be a dick to everyone else too, West also signed a bill intended to criminalize teenagers who had sex or even touched each other. And he did all this while acting like the biggest man-whore in gay-history.

In 2004, West was discovered to have a profile on the dating website Gay.com. When a newspaper splashed with the story, young boys began coming forward saying he’d seduced them—often in his office, on government time. West’s career quickly exploded in his homophobic face, but only after he’d spent 20 years making life a living hell for other LGBT people. 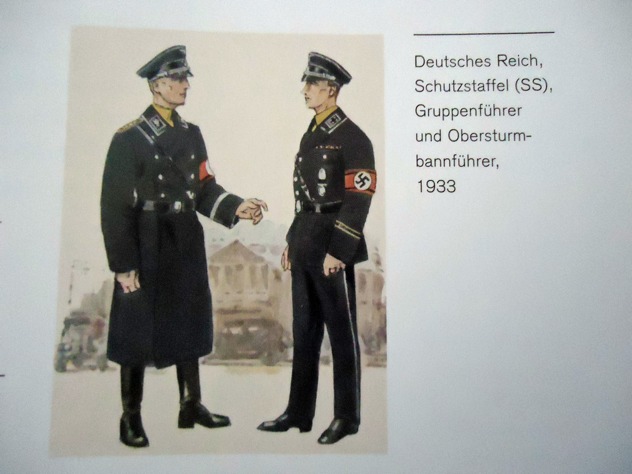 Scherwitz has the dubious distinction of being the only Jewish officer in the SS. Yes, that SS: the Nazi death machine that rounded up and murdered millions of Jews in one of the worst genocides in history.

Now, Scherwtiz’s story is nowhere as clear-cut as most on here. For one thing, when the Allies arrived, he claimed to be a concentration camp victim and spent the next three years helping the Allies round up escaped Nazis. It was only when he was spotted by a former inmate of the work camp he ran that he was put on trial for war crimes. But there’s now some doubt over his role as a Nazi stooge. While it’s undeniable he helped the SS commit atrocities, some argue he also saved thousands of Jews—a sort of undercover Oscar Schindler. So where does the truth lie? Was he a moral man forced to make immoral choices; or a traitor who lied and killed to save his own skin? We’ll probably never know. 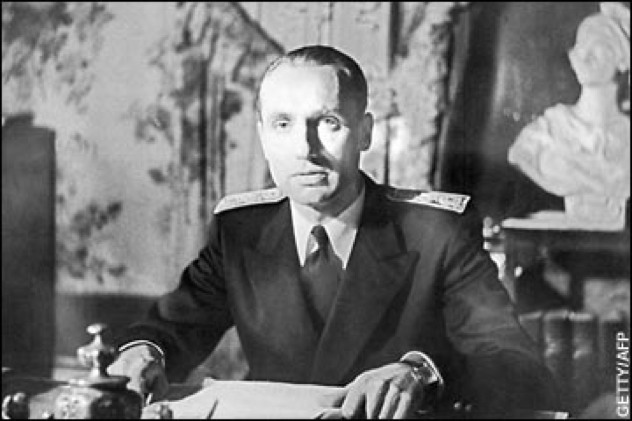 Many French politicians turned traitor under Nazi occupation, but none got away with it for as long as Maurice Papon. Where others went into hiding or were put on trial, he clawed his way up the ladder of the post-war government—eventually being awarded the Legion d’honneur. It wasn’t until 1981 that evidence of his collaboration emerged: his signature was uncovered on a set of papers ordering the deportation of over 1,600 French Jews to Drancy internment camp; a pit stop for those destined to be exterminated. For nearly twenty years the legal system dragged its heels, until Papon was finally put on trial in 1997 and convicted the following year. Because life is terminally unfair, he only served 4 years of his sentence before being released on humanitarian grounds—whereupon he promptly refused to die for another five years, and spent the remainder of his life loudly protesting his innocence and generally being an unrepentant idiot.

Speaking of unrepentant dicks, they don’t come much more unrepentant than William Joyce. Born in America to an Irish father, Joyce began his career of total-douchebaggery by aiding the Black and Tans during their brutal suppression of the Irish in 1921. However, this turned out to be nothing more than a warm-up exercise for his ultimate act of betrayal: broadcasting propaganda for the Nazis during humanity’s second great suicide attempt.

Despite being a naturalized British citizen, Joyce was responsible for Germany’s most-successful attempt to destroy the country’s morale during the blitz. As Lord Haw Haw he’d come onto the radio and mouth-off about anything that came into his head—so long as it made the Allies look doomed. At the height of his fame, up to 18 million people would tune in to hear how the Brits were getting steamrollered by the Nazis, creating a climate of uncertainty that could have led to surrender. When he was finally captured in Berlin, Joyce showed no hint of remorse. He eventually died as he had lived: a committed Nazi.

Hammami’s betrayal of his people may not be the worst on this list, but it’s certainly the funniest. An American citizen, Hammami radicalized himself and vanished off to Somalia to help the cause of global jihad. And by ‘help’ I mean ‘release hilariously bad rap songs’.

That’s right: rap songs. In an attempt to corrupt other Americans into joining his one-man mission to destroy popular music, Hammami began recording songs about how terrorist-life totes beats thug-life y’all. If it weren’t for his involvement with several fatal attacks on UN troops over the years, it would be tempting to feel kinda sorry for his poor, deluded ass. As it is, Hammami’s devotion to jihad has led to the deaths of innocent people and contributed to the on-going conflict in Somalia. But, on a humorous note, that hasn’t stopped other jihadists from claiming he doesn’t even write his own lyrics. In other words, not only is he a terrorist, but he’s a talentless one to boot. 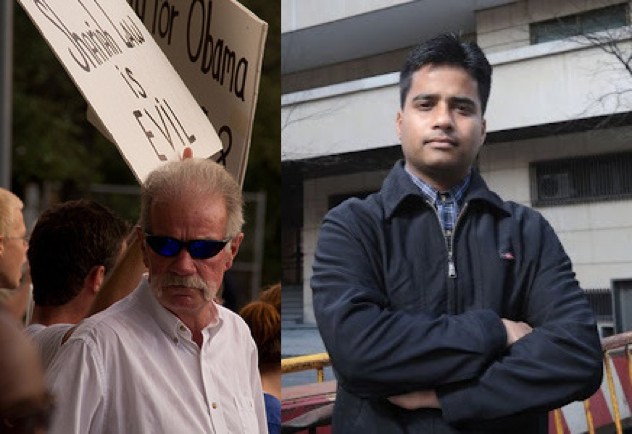 While Hammami was making his transition from Christian to Muslim, Imran Firasat was going in the opposite direction. Originally from Pakistan, Firasat fled to Spain after converting to Christianity and receiving death threats from neighbors. Understandably, this left him with a deep antipathy towards his former countrymen. Less-understandably, it also left him unable to grasp the concept of hypocrisy, or act like anything other than a total jackass.

One of Firasat’s first acts as a Spanish citizen was to organize a petition to ban the Koran. Since that would effectively outlaw an entire religion, the government naturally declined. Not one to be put off by things like ‘common sense’, Firasat instead turned his energies to producing a bargain bucket knock-off of ‘Innocence of Muslims’. When someone pointed out that producing a racist film might possibly constitute a hate crime, Firasat declared his right to free speech was being violated. Chew on that for a second. A guy who tried to ban a whole religion threw a hissy fit when the authorities tried to criticize his home movies. There’s a name for that sort of behavior, and that name is ‘moronic’. 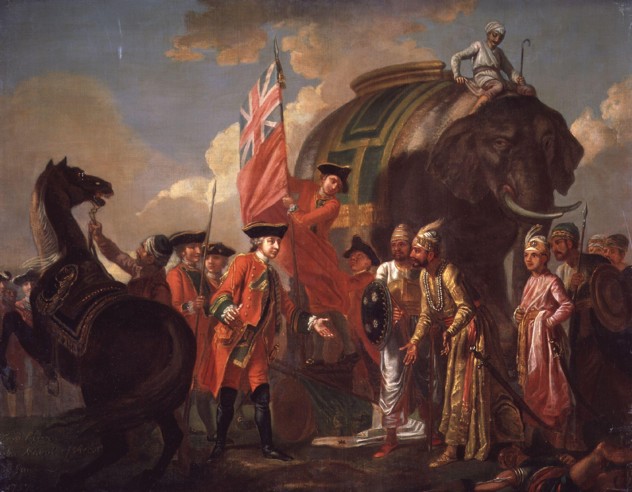 Any idiot can sell-out his countrymen, but it takes a special kind of idiot to condemn them to nearly two centuries of violent oppression. Meet that special idiot: Mir Jafar. A member of Bengal’s ruling class, Jafar was determined to claw his way up to top spot—even if he had to side with the colonial British to do so.

Let’s be clear about one thing: back in their conquering days, the British weren’t the nicest guys. During the period when they ruled about half the world, dozens of native populations were slaughtered, many massacres perpetrated and a whole lot of people exploited. So they were pretty much the last guys a benign ruler would want to let near his people. Unfortunately, Jafar was less benign than he was a total jerk. After cutting a secret deal, he allowed the British to massacre nearly the entire Bengal Army and install him as puppet-dictator. Proving once and for all that he only had his own interests at heart, Jafar eventually turned on the British—in favor not of his own people, but the Dutch. At this point, the British handed his ass to him and got on with the business of ruling India with an iron fist—a state of affairs that lasted until 1947. 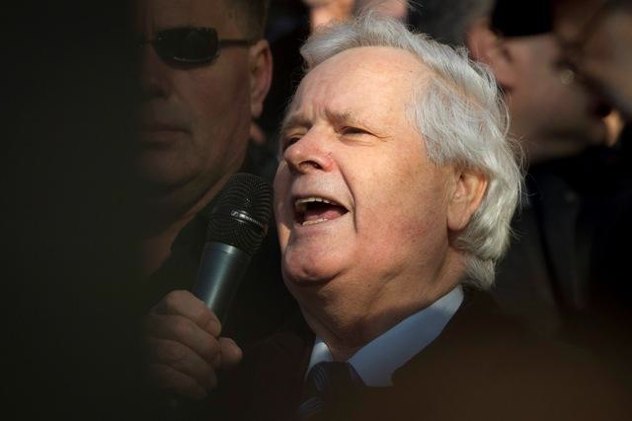 You’ve probably heard of the Bosnian Genocide. Briefly: during the catastrophic meltdown of the former-Yugoslavia in the 1990s, the Serbian Army decided to wipe out as many Bosnian Muslims as possible. Into this madness stepped power-hungry tycoon and ethnic Bosnian-Muslim Fikret Abdic, who decided it was the perfect time to realize his childhood dream of being king of the playground.

While death, destruction and misery swirled around him, Abdic grabbed a handful of followers and annexed a small chunk of land to start his own republic. Known as the Autonomous Province of Western Bosnia, Abdic’s imaginary state instantly allied itself with the same Serb Army currently engaged in a massacre of his people. Because there’s no point selling out if you don’t go all the way, he responded by setting up local concentration camps, where Bosnian-Muslims were tortured, sexually assaulted and murdered. Eventually, the Bosnian army wiped out his non-state, but not before Abdic escaped to Croatia. He wasn’t arrested until 2002, whereupon he was convicted of the deaths of 121 civilians. Because war criminals can apparently get time off for good behavior, he was released in 2012 and is now inexplicably free. 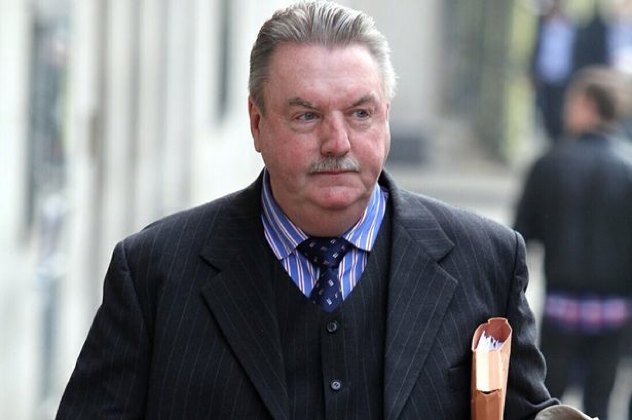 No-one likes a war profiteer; and even regular war profiteers don’t like James McCormick. According to this BBC story, millionaire McCormick hawked fake bomb-detectors to people working in Iraq with roughly zero regard for the consequences. Since they were used by actual soldiers going into actual warzones where there were actual bombs that could actually kill them, those consequences were pretty bad. One Iraqi woman harmed when McCormick’s non-detector failed to alert authorities to a suicide bomber required 59 surgeries to recover and lost her unborn baby. Others lost limbs, eyes or even their lives. British troops, Iraqi civilians and government contractors were all endangered by this prize-winning idiot, who apparently never thought people might really use his ‘bomb detectors’ to, you know, detect bombs. Thankfully he’s now been convicted of fraud—though going by some of the other entries on here, you can probably expect him to be out sometime before Christmas.