Following on from our original list of sayings and their origins (a topic which especially fascinates me) we are presenting version 2. Here, we look at ten very common English language sayings (either UK or US) and discover how those phrases have come into such common use – as well, of course, as explaining what they mean! Add your own to the comments. 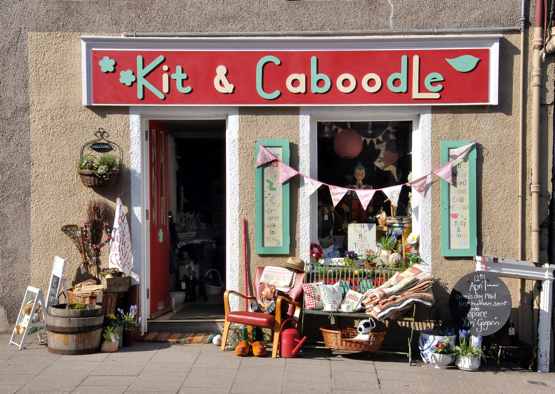 Although to speak of the whole ‘caboodle’ refers already to the entire lot, the phrase kit and caboodle makes it even more embracing. Kit is a shortened form of the kitbag, a knapsack in which soldiers packed and carried their essentials. It is said to have evolved from the Dutch kitte, a box made of wooden staves in which workmen kept their tools. Caboodle also seems to have come from the Dutch, bodel, used for ‘property’ and ‘movable goods’. Kit and caboodle therefore meant an all encompassing collection, the kit being what you put your caboodle in! 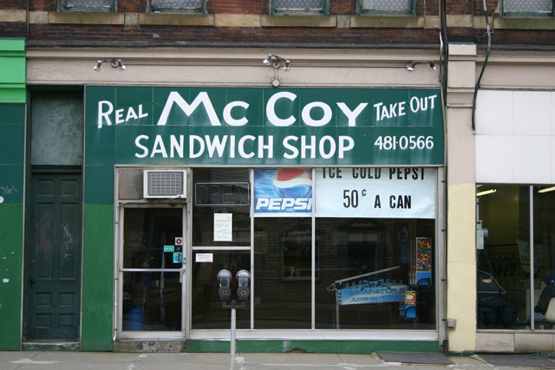 There are a number of possibilities for this one, one version being that it is referring to a famous boxer, Charles ‘Kid’ McCoy. The story that McCoy himself shopped around was that, while having a drink with a lady friend in a saloon, a man accosted the woman. Trying to brush off the intruder without much fuss, McCoy asked him to go, adding as a warning, ‘I’m Kid McCoy’. But the man persisted in pestering the lady, not believing that McCoy was the American champion fighter. McCoy said that he struck the man once, and quite lightly. The man collapsed and when, ten minutes later, he regained his senses, he rubbed his eyes and called out, ‘Jeez, it was the real McCoy!’

Another claim however is that the phrase came out of the days of prohibition in the USA, when bootleggers prospered. Some bootleggers took advantage of the fact that customers were not in a position to complain about inferior product, and sold a heavily diluted version of the real thing. One bootlegger named McCoy, however, refused to cheat his clients and supplied only the best quality, undiluted imported whiskey. His name became a trademark, and a recommendation, and his product was referred to as ‘the real McCoy’. 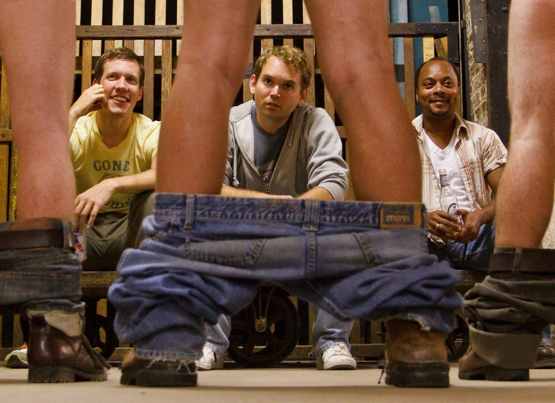 Gee, there are a lot of possibilities with this one. A phrase that wasn’t terribly well known until the movie The Full Monty came out in 1997, it refers to ‘the whole lot’ or ‘all of it’. One version of its beginning is credited to Field Marshal Viscount Montgomery of El Alamein, the renowned military figure of World War II, and regarded as the greatest general since Wellington. He was popularly referred to as ‘Monty’, and famous for his extraordinary principles and eccentricities. Whilst serving in the North African campaign, far away from home and all its comforts, he made sure to be served a full English breakfast every morning. That is how, it is claimed, this breakfast came to be referred to as ‘the full Monty’.

Others claim it has more to do with the township of Monte Carlo and, more specifically, the Monte Carlo Rally. The day prior to the actual race, the individual owners of the cars were permitted to drive around the circuit, a practice called ‘the half Monte’. The phrase was chosen to differentiate it from the ‘full Monte’, the actual race, in which the professional drivers competed.

7
Mud in Your Eye 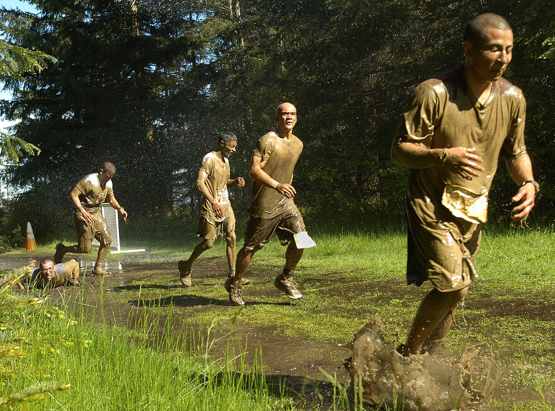 Of the many toasts given prior to taking a drink, ‘mud in your eye’ seems the least clear. But it makes sense if all the circumstances are considered. The drinker is not meant to merely take a sip from the glass, but to empty it in one go. The sediment resting at the bottom could easily be compared to mud. Hence, if drinkers truly downed their drink, they would eventually be holding the glass upside-down, with the (muddy) dregs falling into their eye(s). 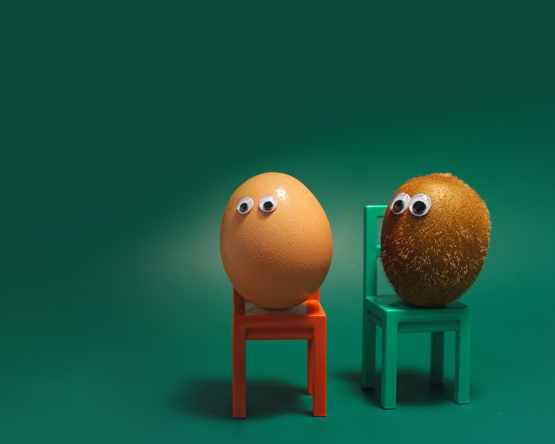 To ‘egg on’ seems an odd way of prodding. It has nothing to do with the throwing of eggs or anything ovular (or should that be eggular?). This egg is a, now obsolete, Old English word, which once spoke of a cutting ‘edge’. A typical case of people thus being ‘egged on’, related to men who, having been taken prisoner, lagged behind; or at least in the eyes of their captor did not move fast enough. They therefore urged them on by sticking into them the point – the ecg- of their spear. 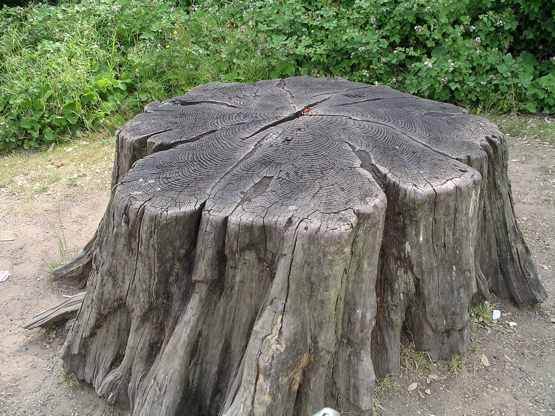 Lost for an answer? Let me help. The term, like a few other figures of speech now part of the English language, owes its existence to cricket. In the game the wicket is also called a ‘stump’. This alternative name goes back to the original wicket, which was a convenient stump in the field, the part of a tree trunk left standing after the tree had been felled or decayed naturally. A bowler who has hit the wicket, or stump, has outwitted the batsman – he has stumped him. Back to the pavilion with you!

4
Gone for a Burton 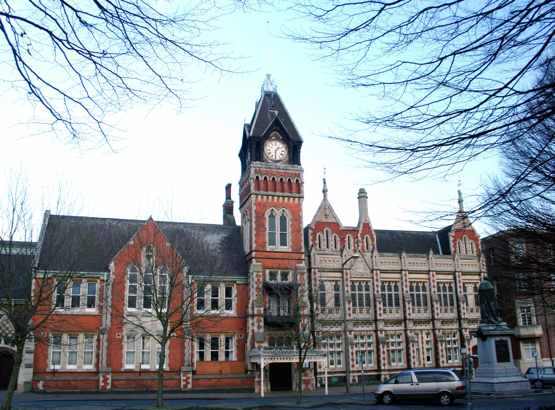 In English slang ‘gone for a Burton’ means that someone is lost/missing, or has died. The township of Burton-upon-Trent in Staffordshire, in medieval times was already renowned as the centre of brewing. In the 19th century Lord Burton carried on the tradition. Soon his beer, called by his name, was promoted all over Britain. A special advertising campaign employed a series of large posters showing a workman asking ‘Where is George?’. This went on for a number of months and people started wondering what it was all about, who was this George and why was he missing. At long last the public was given the answer on another poster. This explained that George was absent and not doing his job because he had ‘gone for a Burton’ at his local pub.

3
Born with a Silver Spoon 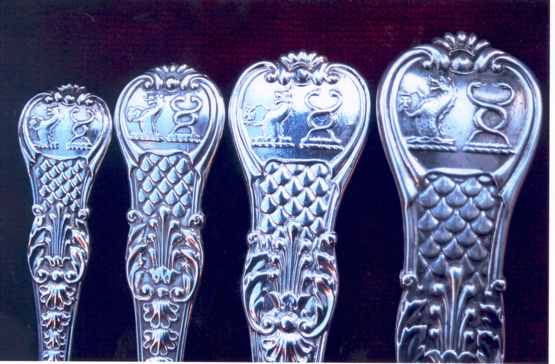 A spoon was once commonly a godparent’s gift to a child on the occasion of its christening. Customarily, the spoon was dedicated to a patron saint whose image was embossed on it. The spoon, therefore, not only served a practical purpose, but was also believed to invoke the saint’s protection for the child. At a time when everything was still hand-carved, and ordinary people’s spoons were made of wood or horn, to be given a silver spoon was especially appreciated. It was not only a useful gift, but a precious one as well. Wealthy people really had no need for such a present. Metaphorically speaking, their offspring was born ‘with a silver spoon in its mouth’ already. 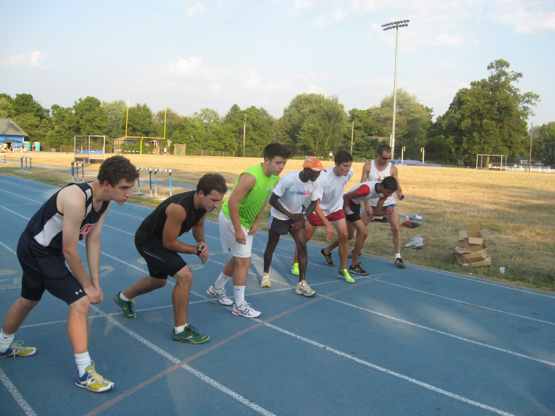 Anyone expected to conform to rules has to toe the line. Used figuratively now, originally the expression was meant literally. It comes from sport, where it was first applied in foot-races. To make sure that none of the runners started ahead of the others, each of the contestants had to place his toes against a line marked on the ground. 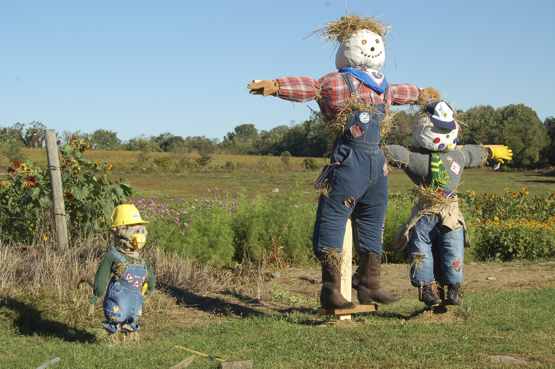 Someone who is pompous and conceited is called a ‘stuffed shirt’. Their description goes back to American women’s fashion in the early 1900’s. At that time, women wore ‘shirtwaists’. These were dresses or blouses tailored like shirts. As dummies were not yet in existence, stores, to display the garments in their show windows, stuffed them with tissue paper. They may have looked good from afar but on closer inspection they proved to be flimsy, without substance.