This is a list of phrases we are all familiar with and most likely use from time to time. The origins of these phrases are often unexpected and strange. As you will see on this list, some of them originate in places you simply wouldn’t believe. If you know of any others be sure to share them in the comments. The source for this list was The Book of Beginnings (out of print).

10
Always a Bridesmaid, Never a Bride 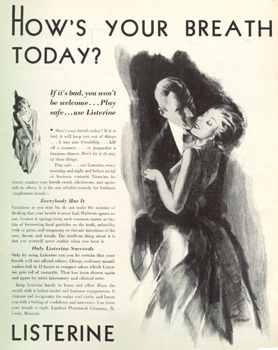 This phrase, surprisingly, was used to sell Listerine mouthwash! To promote their product, the manufacturers of Listerine employed the personal experience of girls at the time, who desperately wanted to settle down but seemed always to be left on the shelf. First used in the 1920’s, it portrays a situation and a possible explanation for the lack of success these girls had. Here is the transcript of the ad:

Poor Edna was getting on for thirty and most of her girlfriends were either already married, or about to tie the knot. How she wished that, instead of being their bridesmaid, she could be the bride! However, any romance of hers invariably ended quickly. There was a reason. Unbeknownst to her, she suffered from bad breath and no one would tell her, not ever her closest friends. The advertisement sold millions of bottles of mouthwash and also gave the English language a new saying!

9
Bark up the wrong tree 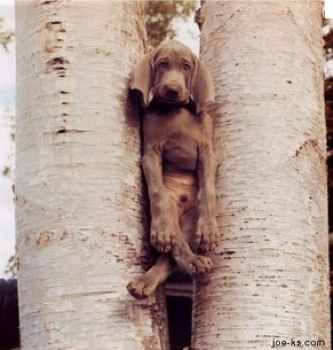 Originating back when hunting was still a major sport, this phrase came from when animals were used to track, catch or retrieve prey. This applies, not least, to dogs. Dogs were used in the chasing of raccoons, which was chiefly undertaken at night and were trained to indicate the tree in which the animal had taken refuge by barking at it. Of course, even dogs can err and, at times, barked up the wrong tree.

8
Be on a good footing 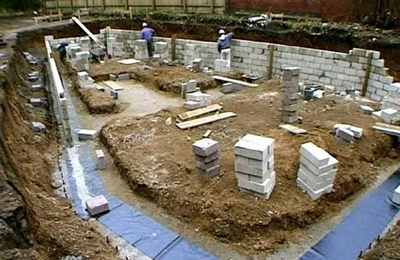 A pleasant relationship with other people, not least those in a superior position, is portrayed as being ‘on a good footing’ with them. There are two thoughts as to where this saying came from. Some say the phrase goes back to a practice of early apprenticeships. It was the custom, on the first day at work, for apprentices to invite all their workmates for drinks. The new apprentice ‘footed the bill’. If proved a generous host, he made friends for keeps. The hospitality would never be forgotten. Recalling how much it had cost, it was said the novice gained ‘a good footing’. A second derivation links the phrase with an early and bizarre interpretation of human anatomy, the importance given to the length of one of a person’s digits. At one time, the dimension of the middle toes determined a person’s ‘standing’ in the community. Thus, the measurement of their foot decided their status in the eyes of others. Those whom nature and genes had endowed with large feet were lucky to be ‘on a good footing’. Draw your own conclusions on this one!

7
Beat around the bush 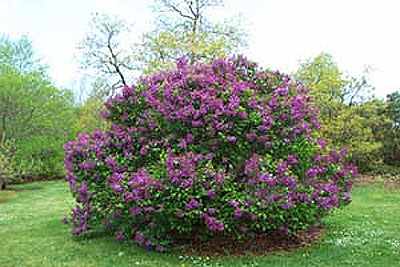 Someone who doesn’t get to the point is said to ‘beat around the bush’. The origin of this phrase is, undoubtedly, from hunting, and more specifically from the hunting of boars. A ferocious animal, it often hid in the undergrowth and beaters were employed and ordered to go straight in to chase it out. But very much aware, and afraid, of the animals’ sharp tusks, they much preferred to merely ‘beat around the bush’ a practice strongly disapproved of by their masters. 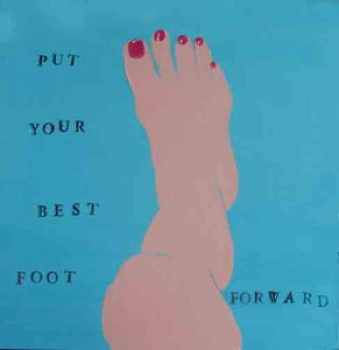 When you are trying to make a good impression it is said that you should put your ‘best foot forward’. There are many options as to where this phrase came from, one being that it was believed that ‘the left’ was the realm of the devil, of evil and misfortune. After all the Latin word sinister means left, and in English sinister has kept its ominous meaning. Hence, it was advisable to keep the left foot behind and step forward with the best, the right, foot first.

But this phrase seems to have come from the fashion world, rather than the occult. The saying can be traced to male vanity, particularly apparent in the late eighteenth century, the period of the dandy. His desire to attract people’s attention and admiration took strange and elaborate forms. At the time, people imagined that their two legs differed in shape and that ‘normally’ one was more becoming than the other. To draw attention to it they kept the worse one in the background, literally putting ‘their best foot forward’, and with it, of course, their leg. 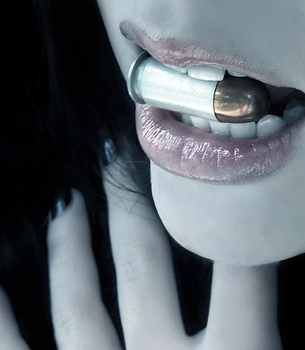 A person who ‘bites the bullet’, without any sign of fear, acts with great courage in the face of adversity. The phrase recollects a dangerous army practice in the 1850s. Soldiers were then equipped with the British Enfield rifle. Prior to using it, they had to bite off the head of the cartridge to expose the explosive to the spark which would ignite it. The procedure was fraught with danger, particularly so in the heat of battle. It needed firmness and courage, as even the slightest deviation or hesitation would endanger the soldier. 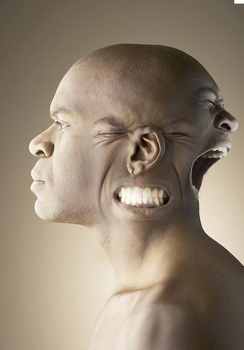 People who waver in their opinions and quickly change from being enthusiastic to showing disinterest are said to ‘blow hot and cold’. The saying can be traced to one of Aesop’s Fables. It was a cold winter’s day, and the freezing traveler was blowing on his stiff fingers. Mystified, a satyr wanted to know what he was doing. The man explained to him that, with his breath, he was warming his chilled fingers. Taking pity on him, the satyr invited the man to his home for a hot meal. This time, he watched him blowing on the food, which intrigued him all the more. Inquiring why he did so, his guest explained that he was blowing on the stew to cool it down. There and then the satyr told the traveler to leave at once. He was not prepared to entertain, or even mix with, someone who could ‘blow hot and cold from the same mouth’. 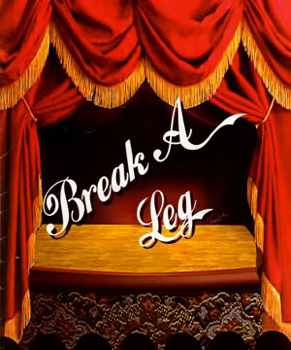 To wish an actor prior to his going on stage to ‘break a leg’ is a well-known practice. A pretty strange wish, actually it is meant magically to bring him luck and make sure that his performance will be a success. From the superstitious age it was thought that jealous forces, always present, are only too anxious to spoil any venture. A good luck wish would alert and provoke them to do their evil work, whilst a curse will make them turn their attention elsewhere. The underlying principle is the belief that if you wish evil, then good will come. I’m sure it’s called reverse psychology these days. 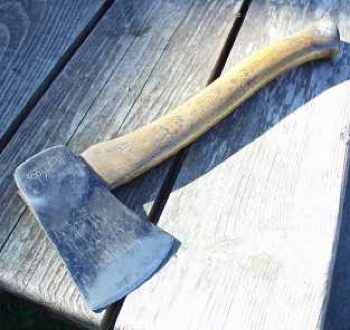 To bury the hatchet means to create peace. With hostilities at an end, the hatchet was no longer needed, and therefore could be disposed of. Now a merely figurative expression, the phrase is based on an actual practice of North American Indians. When negotiating peace, they buried all their weapons; their tomahawks, scalping knives and clubs. Apart from showing their good faith, simultaneously it made it impossible for them to go on fighting.

1
By hook or by crook 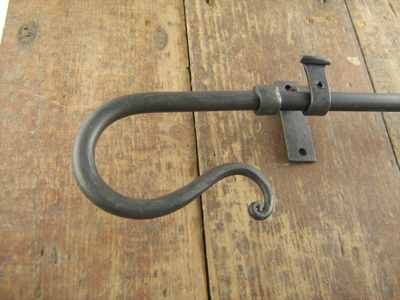 The achievement of a goal with determination, by fair means or foul, is described as getting things done ‘by hook or by crook’. The origin of this phrase is linked with an early British practice, at a time when forests were still the exclusive property of royalty. For any unauthorized commoner, then, to gather firewood in them was a crime, poor people being the only exception. Though they were not permitted to cut or saw off branches, they were free to remove withered timber from the ground or even a tree, doing so by means of either a hook or a crook.