This week, the main story exploding the news waves seemed to be the terrible, horrible, no good week Donald Trump has been having. The House voted to rebuke him, his Vietnam summit with Kim fell way short of expectations, and Michael Cohen delivered testimony that amounted to several hours of sustained (and possibly deserved) character assassination. But fear not, those who hate politics! There were other stories out there, too. Exactly seven of them, to be precise. 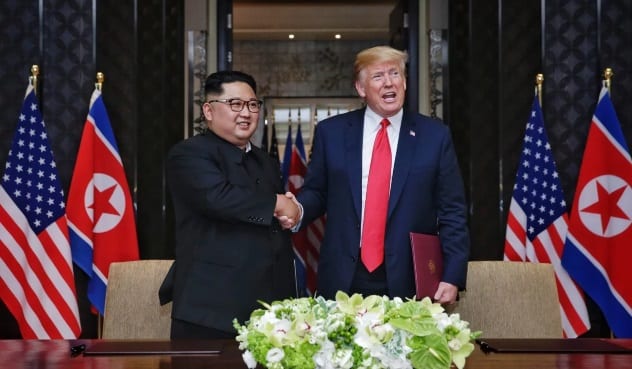 “Sometimes you have to walk.” That was Donald Trump’s take on the dramatic damp-squib ending to his second round of talks with North Korea’s Kim. (Can a damp squib be dramatic? Discuss.) Taking place in Vietnam and billed as being the diplomatic event of the year, the talks instead broke down, leaving the entire North Korea peace process in disarray.[1]

So what happened? How did the success of 2018’s Singapore summit become the failure of Vietnam’s? Well, the simple explanation is that US and DPRK expectations were simply too far apart. The North wanted to give up little in return for a lot, and the US wanted Pyongyang to denuclearize faster than Kim was willing to give on.

This won’t mean a return to the bellicose rhetoric of 2017. Both sides remain committed to the process, despite this huge setback. 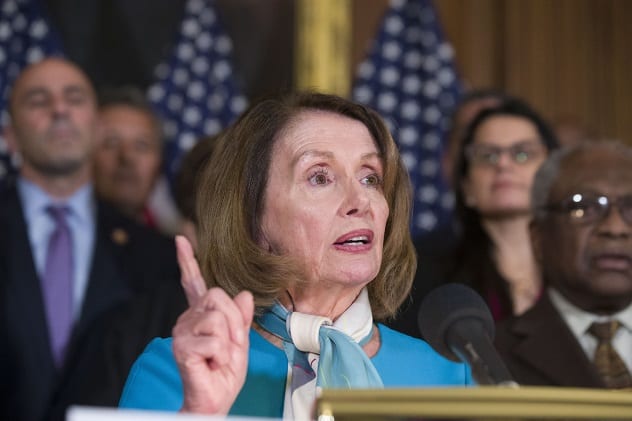 And so we continue on with the demolition derby that was Trump’s week. Back home, the Democrat-controlled House was giving him problems, too. You may remember that Trump recently declared a national emergency to fund his controversial border wall. Well, the House has now voted to block that declaration.[2]

Thirteen Republicans joined forces with every single darn Democrat to deliver the rebuke, a blow for the president. The Senate is now required by law to take up the vote, and signs are that they may follow in the House’s footsteps. Three Republican senators have indicated that they will vote in favor of the rebuke. Only a single additional GOP senator is required to flip to shoot down Trump’s declaration.

If that happens, things will get complicated. Trump can veto the bill, meaning Congress will have to vote again. This time, a two-thirds majority in both chambers would be required to actually halt the declaration. It’s unlikely to happen, but you never know. 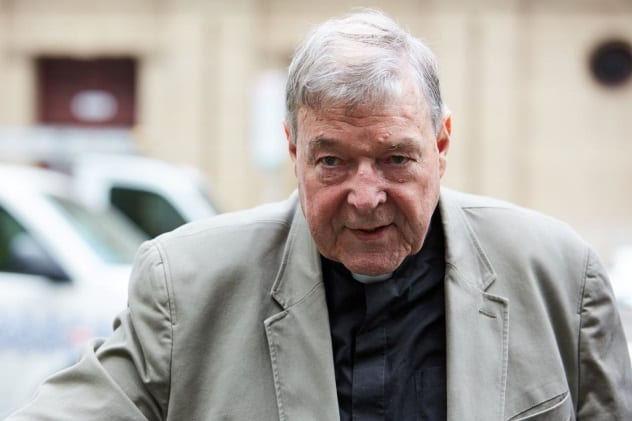 Cardinal Pell was once known as the third most important man in the Vatican. Today, he has a new reputation: as the highest-ranking Catholic priest to ever be convicted of child abuse. On Tuesday, it was revealed that Pell had been found guilty of abusing two young boys in Melbourne in 1996. Cardinal Pell will now appeal the sentence.[3]

Pell was actually found guilty in December, but a worldwide gag order meant that no media outlets could comment on the verdict until this week, lest they prejudice a separate trial which has since collapsed. However, it’s worth pointing out that some (though not all) experts believe Pell’s appeal has a relatively high chance of succeeding. We’ll know for sure in the next few months.

7 R. Kelly Was Arrested For Abuse 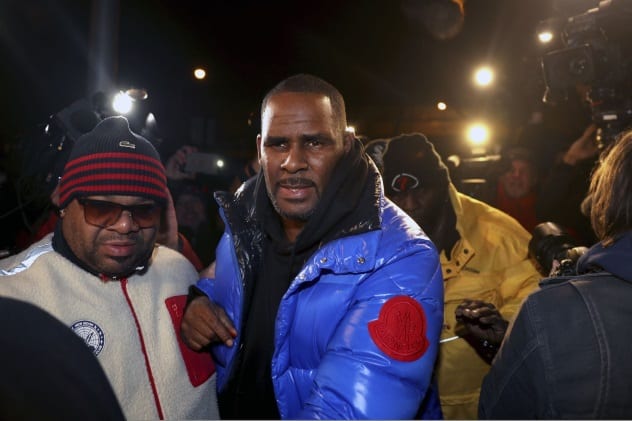 Last Friday, R. Kelly was forced to do something campaigners have been dreaming of for years. He turned himself in to Chicago police and was arrested on charges of sexual abuse. After spending the weekend in a cell, the R&B legend was released under a $1 million bail.[4]

The allegations against Kelly span back to 1988 and include things that have been brought up in public time and time before. They range from the infamous (the abuse of 14-year-old girls) to the, frankly, ridiculous. In one case, Kelly is alleged to have abused an underage girl who sought out his autograph during his 2008 trial for sexually abusing an underage girl.

There are also vicious accusations of misogyny, including Kelly pleasuring himself in front of a woman and then repeatedly spitting in her face when she refused to give him oral sex. If true, the charges will see Kelly go away for a very long time.

6 Japan Suffered Its Worst Measles Outbreak In A Decade 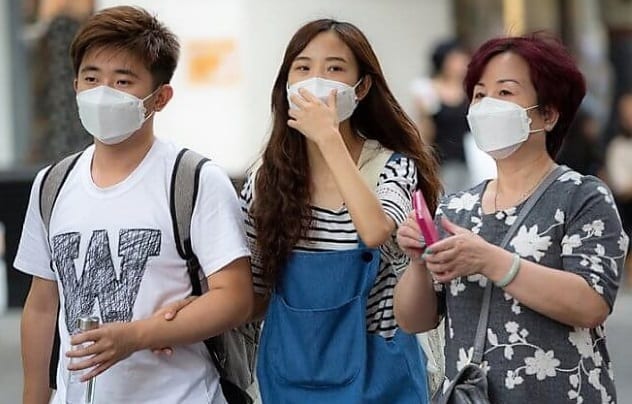 Wow. Who could have predicted that sparking a panic about the measles vaccine would result in an actual measles outbreak? Well, that’s exactly what is currently happening in Japan. This week, it was revealed that the Asian nation is in the grip of its worst measles outbreak in a decade. Many of the cases can be traced back to a single anti-vaxxer cult, Kyusei Shinkyo.[5]

In one of those head-slapping moments that would be hilarious if it weren’t so simultaneously tragic, many of those currently affected by the outbreak are people who attended a Kyusei Shinkyo seminar on why they shouldn’t vaccinate. Unlike many other anti-vaxxer groups, though, Kyusei Shinkyo has since apologized and removed misleading testimonies from its website.

Unfortunate as it is, the Japanese outbreak is a stark reminder that peddling nonsense conspiracy theories can harm people out in the real world.

5 Pakistan Shot Down An Indian Jet 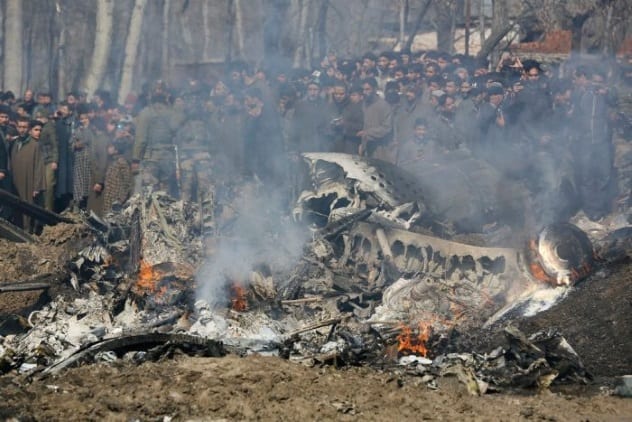 Remember last week how we told you about tensions rising between India and Pakistan? This week, the temperature got even hotter. Following Indian attacks in the Pakistan-administered part of Kashmir, Pakistan responded midweek by shooting down two Indian fighter jets. The incident is the worst confrontation between the two nuclear nations in years.[6]

And now this. With two fighter jets downed, India may well feel under pressure to respond with even more force. The idea of another India-Pakistan war has the potential to cause huge bloodshed. 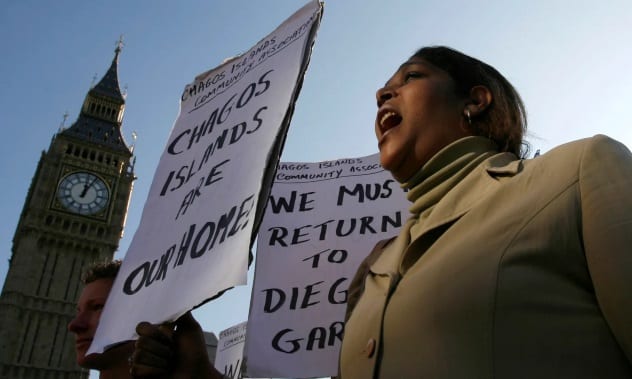 Way back when, as the UK was in the process of ending its colonies in Mauritius, London struck a deal with the local authorities. The deal separated the Chagos Islands from Mauritius proper and kept them under Britain’s control.

This would already be controversial enough, but what happened next really blew the issue up. Britain evicted all the Chagos Islanders from their homeland, dumped them on Mauritius, and refused any right of return. They then handed over one of the islands to the US, which maintains a military base there. The evicted Chagos Islanders, meanwhile, are treated like second-class citizens in their new homes.

This week, the UN ruled that the UK had breached the rights of Chagos Islanders back in 1965. The UK was told—albeit in a nonbinding way—to get the heck off the islands and hand them back over.[7]

While it seems unlikely London will comply, the ruling is still a blow to Britain’s international standing. It’s also a welcome boost to the Chagos Islanders’ campaign to right this historic injustice. 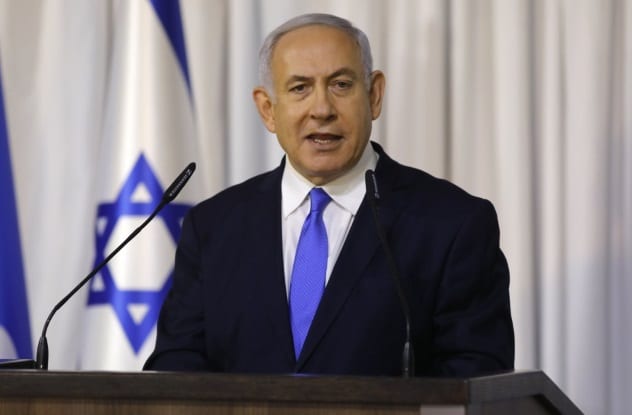 Although we didn’t cover it at the time, last Wednesday, Benjamin Netanyahu shocked many in Israel by announcing an alliance with a right-wing extremist party for the upcoming election. Barely had the dust settled on that announcement when the main rivals to Bibi’s bid dropped a bombshell of their own. They were now going to run against Netanyahu on a joint ticket to try and lock his extremist new faction out of power.

Benny Gantz and Yair Lapid are polling second and third, currently. Together, they are a hair ahead of Netanyahu. The new alliance is projected to win as many as ten seats more than Netanyahu’s Likud, although it should be noted that Netanyahu often does well in elections when he’s the seeming underdog.

Still, it was a major shakeup of Israeli politics and a clear sign that Netanyahu will go to almost any length to save his political skin. We’ll see what happens now that Israel’s attorney general has announced that Netanyahu is to be indicted on corruption charges.[8]

2 The UK Edged Closer To A Second Brexit Referendum 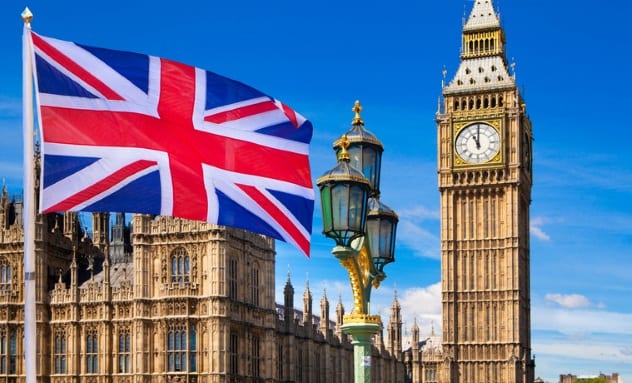 Yep, it’s another Brexit story. Yep, you’re probably gonna be seeing a whole lot more of these over the next few weeks. With only a month left until the UK breaks with the EU and no exit deal yet agreed on, things are starting to smack of desperation in London, which may be why the opposition Labour Party finally broke with over two years’ worth of policy on Thursday to announce that they would be backing a second referendum, commonly called a “people’s vote.”[9]

Clearly, as the opposition party, Labour cannot make a second referendum government policy. But with a potential cliff-edge Brexit nearing, MPs are starting to panic, and anything seems possible. Already, a motion to take the “no deal” concept off the table has been approved, meaning the government could soon find itself in an impossible position.

If a second referendum does take place, polls suggest it will be as close as the last one, which was won by Leave 51.9 percent to 48.1 percent. Labour activists will be hoping that this time, the figures are reversed. 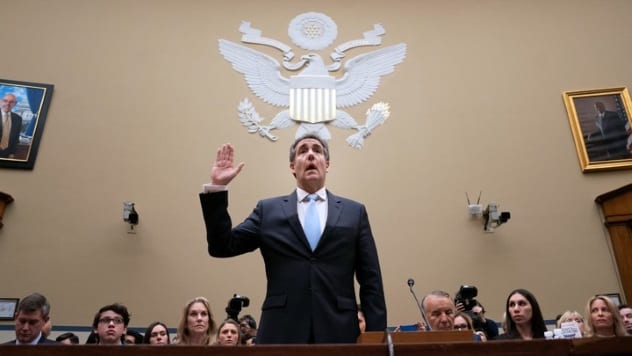 And we’re finally back with Trump’s awful week. Just as things were fizzling with Kim in Vietnam, former advisor Michael Cohen was sitting down before Congress to dish the dirt on the president. Almost everything he said was as incendiary as a stockpile of napalm.

From the beginning, Cohen set out his stall. He called Trump a liar, a cheat, and a racist, before going on to accuse him of having knowledge about Donald Trump Jr.’s attempts to collude with Wikileaks and Russia during the 2016 campaign, alongside knowledge of a controversial Trump Tower project taking place in Moscow during the same.

But by far the biggest bombshell was when Cohen revealed what he claimed was evidence that Trump had directed him to pay adult film actress Stormy Daniels hush money. The hush money is considered to have been a campaign finance violation—one Cohen has already been charged with—and could implicate the president in illegal activity.[10]

Of course, Cohen has lied to Congress before, so there’s no reason to assume he’s definitely telling the truth now. Still, if there really is “no smoke without fire,” Trump is currently walking at the center of a swirl of noxious black fumes that could soon engulf his presidency.