[WARNING: This list contains disturbing images – including spiders.] The time has arrived at last! The Ultimate Book of Bizarre Lists has been launched and is now available in bookstores (including Amazon and Barnes and Noble). It is as huge as the first book (over 700 pages), and this time it features a small number of lists that have never been seen elsewhere (including here on Listverse) by me and other contributors. Be sure to buy a copy today to get it in time for Christmas. And while you are at it, if you don’t have the first book you should also buy The Ultimate Book of Top 10 Lists. You can read about both on the Listverse bookstore. 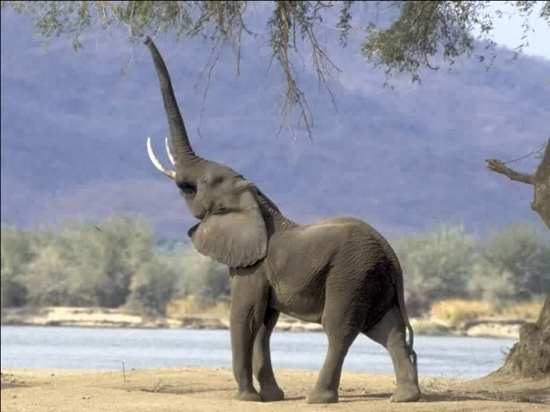 The most endangered type of elephant – the forest elephant is not just hunted for its ivory – it is also hunted for its meat. One animal can provide over 1,000 pounds of flesh, resulting in the poacher making a fortune from one kill. This, combined with the popularity of eating its flesh, makes it a difficult animal to protect. 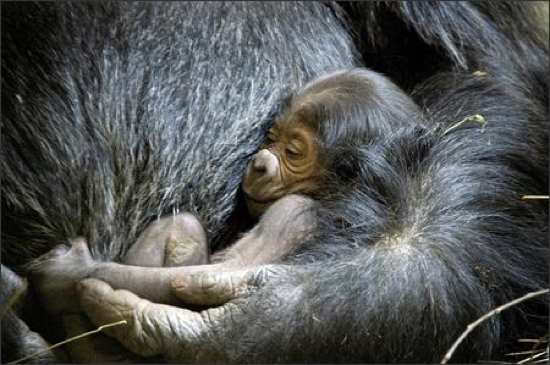 Gorillas are endangered, but the native populations of the various African nations in which they are eaten, don’t care. The eating of gorillas (and chimpanzees) is a very old tradition in Africa – a tradition that continues to this day. 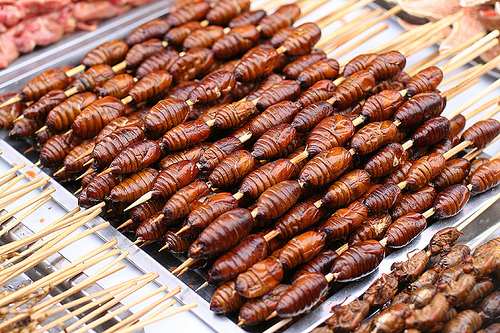 Silk worms make up the main ingredient in a very popular dish in Korea. It was originally made with rotten baby worms, but evolved to use freshly dead male worms. The worms are battered, crumbed, and fried in oil. In some places they are merely skewered and fried (as is seen in the picture above). 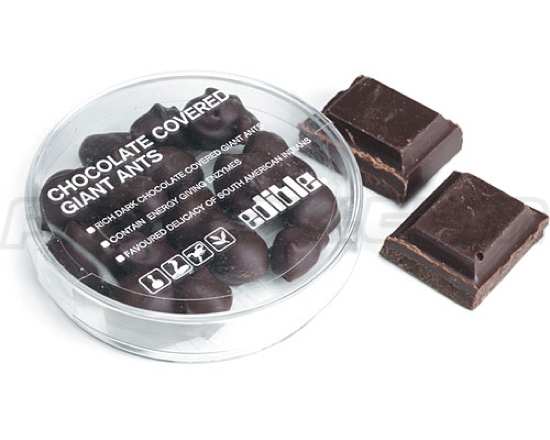 Ants are a popular addition to confection in some nations, and in others (where the ants are huge), they are eaten fried or baked. Frankly, the idea seems repellent to me, but to each his own. If you want to enjoy ants in France you can buy them in chocolate bars. 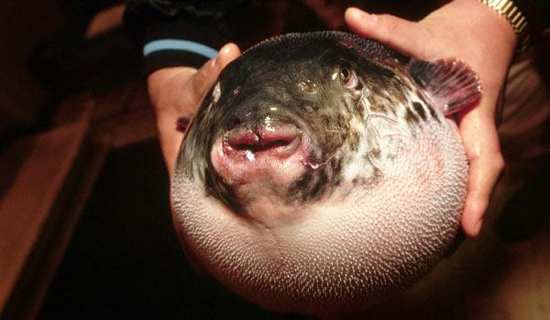 This has already appeared on a list here but, honestly – who can imagine eating a deadly poisonous fish? It beggars belief that someone once actually tasted each part of the animal to determine what was poisonous or not. 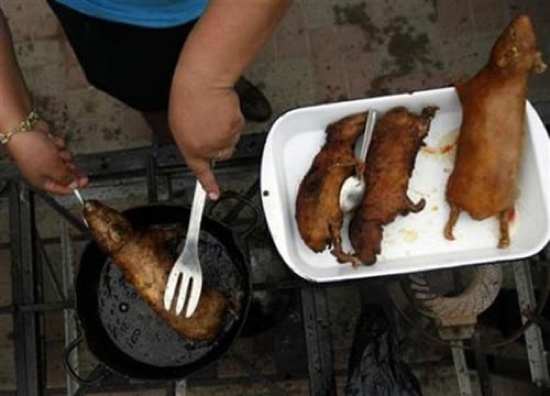 This is possibly not such a surprise, as rat is well known as a staple food in countries with scare supplies of protein. In some countries, rat is commonly eaten as a result of starvation (as is the case in North Korea). The ancient Romans used to eat dormice (and some European countries still do), and it was considered a delicacy. 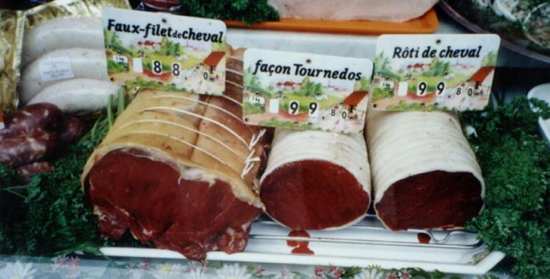 Horsemeat is not just for dogs. And you may be surprised to know that it is very, very popular in many western countries. France, for example, have special butchers who sell nothing but horse meat. A horse meat butcher is called a boucherie chevaline. In the top 8 horse eating nations in the world, over 4 million horses are eaten each year. The picture above shows a horse meat roasting joint on the right. 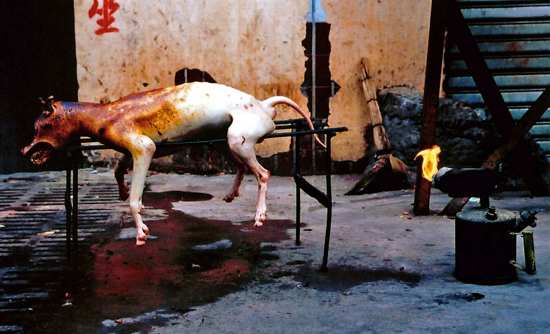 It is not a popular thing for us in the West to imagine people eating dog, but it is actually extremely common in Asia and in the South Pacific. Dogs are a good source of nourishment and they are far larger than rats – thus feeding more people. We all feel awful about the thought of people eating dog, but the animals are killed in the kindest possible manner, and it really is no worse (sentimentality aside) than someone eating beef (cows). 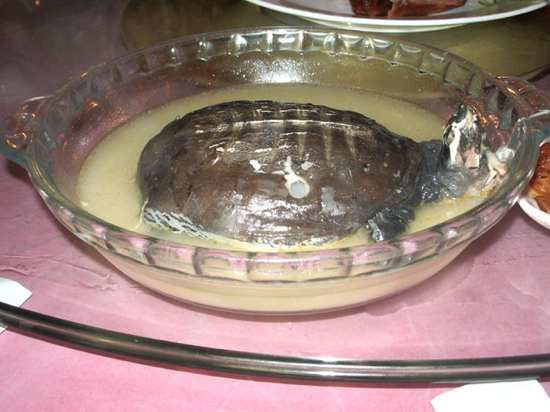 Turtle was a popular delicacy in Victorian times, but, due to dwindling numbers and the increase in environmental protesting, they have become protected most of the world around. Some species of freshwater turtle are plentiful in the US and they are not protected, so eating is allowed, but in parts of Asia, the endangered sea turtle is routinely caught illegally and eaten. Given the slow growth rate of sea turtles, this is a tragedy in the making. 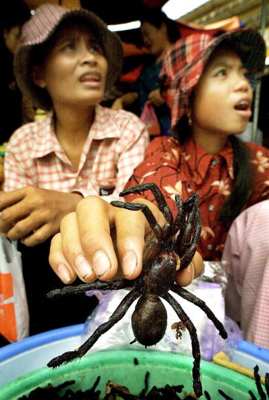 It had to be the first entry on the list. The thought of eating spiders probably makes most of us queasy, to say the least. But, in various parts of the world, spiders are a delicacy. You can buy them at road-side stalls in Cambodia, where people developed a taste for them when they were being starved to death by Pol Pot.