To even get to the continent of Antarctica one has to cross thousands of miles of harsh, ice-choked waters, and once you’re there, things are even worse. Antarctica is the coldest, driest, remotest, windiest and highest elevated continent on Earth. There are no trees, no rivers, no cities and very little life. Even today, with all our technology, many parts of this continent are unexplored and mysterious. NASA theorizes we have more data on the surface of Mars than we do some parts of Antarctica. It takes a brave person to conquer this harsh land, even with modern materials and supplies, but around the turn of the century it took a rare kind of explorer with a rare kind of bravery. Here’s a list of the top ten heartiest souls to brave the harsh lands of the south pole. 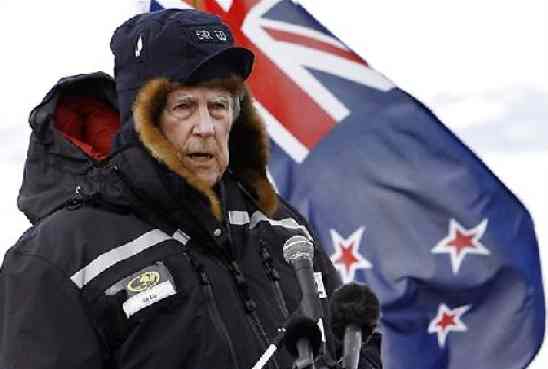 While best known for being the first man to the summit of Mt. Everest, Sir Edmund Hillary also made a number of expeditions to Antarctica. He lead the New Zealand section of the Commonwealth Trans-Antarctic expedition, in 1958. Hilary’s section was the first to reach the pole since Scot, in 1912, making him the third man to ever reach the pole. He also commentated a number of sight-seeing flights over the continent during the 1970’s, and established the Marble Point runway, in 1957. Hilary’s first-hand accounts of the continent’s many dangers are still required research for people planning to visit Antarctica. His achievements were so great that he is honored (and was in his lifetime) through being the main image on a New Zealand $5 note. 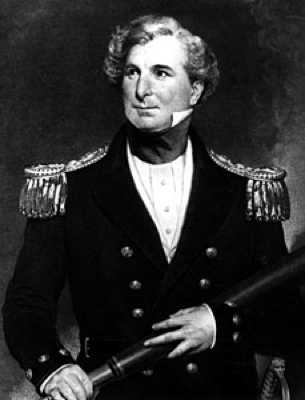 Many 19th century explorers, whalers and sealers knew about Antarctica, but due to it’s remoteness and the dangers of the surrounding Antarctic Ocean, it was largely ignored. James Clark Ross thought the land was worth exploring and, between 1839 and 1843, he took two ships, the HMS Erebus and the HMS Terror, farther south than any man had ever traveled. By sailing around the vast coastlines of the continent, Ross was possibly the first to establish that Antarctica was a continent, not just a series of islands. Ross discovered the Victoria Barrier, a massive ice shelf that was later named after him. He was knighted upon his return to England, and chronicled his journeys in “A Voyage of Discovery and Research to southern and Antarctic regions” which included one of the first uses of the term “Antarctica” for the southern continent. 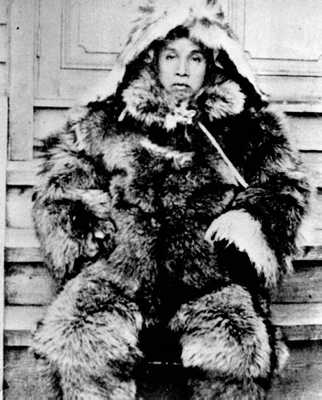 While most of history remembers Scot and Amundsen heroically racing for the pole around 1911, few remember the Japanese navy’s expedition around the same time. Nobu Shirase and his crew were the first human beings to make landfall on Edward VII peninsula, in 1911, and journeyed to 80°05’S – remarkable for such a small expedition. Nobu’s seven man team explored the southern Alexandra range before adverse weather forced them to return to their ship. One remarkable part of this expedition was an unexpected encounter with the Fram, one of Roland Amundsen’s ships, which was waiting for his return from the pole. At one point Nobu’s ship had to take an unplanned pit stop to winter-over in Sidney Australia, where they were assisted by fellow Antarctic explorer, Sir Edgeworth David (number 5 on the list), who was given a 17th century Samurai sword in thanks. The sword still is on display in a Sydney museum. 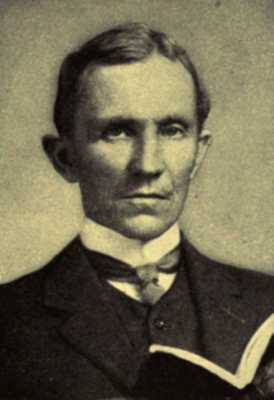 It’s a bit confusing, but worth mentioning, that there are actually two south poles. The geographic south pole is the exact bottom of the planet, and what most people are referring to when they say “south pole”. The other south pole is the magnetic south pole and, in 1909, it was located at 72° 25’S 155° 16’E, a few hundred miles off the geographic south pole. Welsh Australian coal magnate and geologist, Sir Edgeworth David, was part of the first expedition to attempt to reach the southern magnetic pole; he and his men lived off a diet of seals and penguins while exploring the southern coasts.

He was also the first person to reach the summit of Mr Erebus, Antarctica’s only active Volcano. It certainly does take guts to not only go to Antarctica, but to climb an active Volcano while you’re there. David later returned with Ernest Shackleton in the Nimrod expedition and successfully found the south magnetic pole, in 1909, for which he received the Muller Medal from the Australian Association for the Advancement of Science. 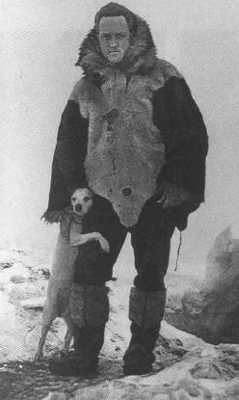 1929, When aircraft and flight were still in their infancy, US Naval officer Richard Evelyn Byrd, a Pilot and a photographer took a rickety Ford Tri-motor and became one of the first people to fly over the South Pole. Due to the extremely high altitude of the continent and the trans-antarctic mountain range in their way, the crew had to dump much of their supplies and equipment to lighten the airplane’s load, barely climbing over the peaks of the Trans Antarctic mountains.

This meant that if the airplane ran out of fuel or had mechanical problems, there would be no way for them to traverse the continent on foot. All of this just a little over a year after Charles Lindbergh’s trans Atlantic flight. Admiral Bird lead four more expeditions to Antarctica, becoming one of the first people who dared to “winter over” in the continent, where perpetual darkness and an average temperature of -70 degrees Fahrenheit (-50 Celsius) makes the environment almost unsurvivable. 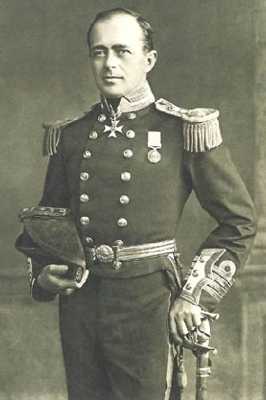 When it comes to something as historic as reaching the South Pole, there is no shame in taking second place. Robert Falcon Scott’s first expedition to the Antarctic was in 1901, but his crew’s lack of experience and the lack of proper supplies resulted in the expedition’s need to be rescued by relief ships. While this expedition was a success, many were surprised at Scott’s declaration that he would be the first man to reach the south pole, after barely surviving his first trip. He put far more planning into his next expedition to the South Pole. He received a telegram from Amundsen in Melbourne while preparing for the journey, Amundsen warning Scott he planned on being first to the Pole. Scott refused to treat this expedition as a race. He didn’t alter his schedule to try to beat the Norwegian to the pole, confident he was traveling by a much better known route and that he would make it first.

Scott chose five men for his final march to the pole, and when he reached it he found that Amundsen had preceded him by four weeks. On the return journey, while crossing the Ross ice shelf, a blinding blizzard pinned the men down, where a combination of scurvy, dehydration and hypothermia ended their lives. All the men knew their fate, and took time to write final letters to their loved ones. A monument to the expedition’s bravery still stands on observation point, a simple wooden cross inscribed with the names of the lost men and a line from Tension’s Ulysses: “To strive, to seek, to find, and not to yield” 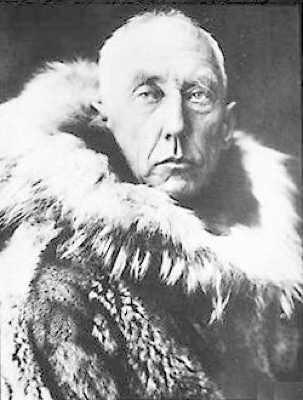 Amundsen is possibly one of the most well known polar explorers in history, and has the unique distinction of being the first man to reach both the north and south pole in his lifetime. Compared with Scott’s expedition, which was riddled with setbacks and problems, Amundsen’s south polar expedition was fairly uneventful. His use of hearty sled dogs instead of Scot’s more fragile Norwegian ponies, as well as careful use of his resources were the reason for his smooth journey, but Amundsen’s expedition was still extremely difficult.

He and his men trekked across hundreds of miles of totally unexplored mountainous regions and planted their flag on the south pole on December 14th, 1911 naming the area “Polheim” or “Land of the pole”. Not disliking his polar rival, Amundsen left a note for Scott Reading:

Dear Captain Scott — As you probably are the first to reach this area after us, I will ask you to kindly forward this letter to King Haakon VII. If you can use any of the articles left in the tent please do not hesitate to do so. The sledge left outside may be of use to you. With kind regards I wish you a safe return.

Amundsen only lead that one expedition to the pole, but spent the rest of his life exploring until he disappeared near Bear Island while assisting in a rescue mission. 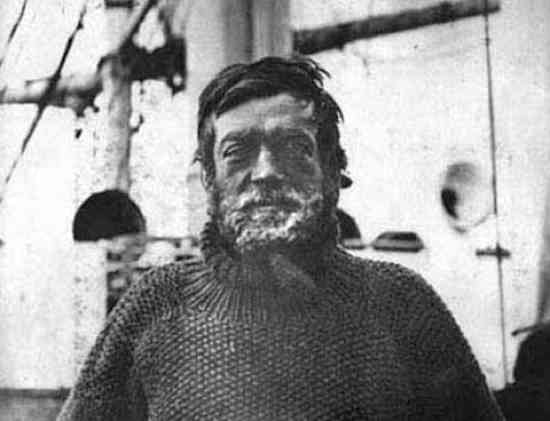 Compared to the two men that reached the pole, Shackleton’s contribution may seem infinitesimal, but historians remark that Shackleton and his men shared one of the most amazing adventures ever documented. Shackleton’s early expeditions included the first journey to the southern magnetic pole and charting a route through the trans-antarctic mountains that was later used by Scott on his southward trek. Being that the pole had already been conquered, Shackleton decided the next great quest would be to traverse the continent from shore to shore.

Tragically, this expedition was put to a halt when Shackleton’s ship (ironically called the HMS Endurance) was trapped in pack ice and eventually crushed, stranding the crew the near by Elephant Island. For almost a year the crew survived on seal, penguin and whale meat. They used seal blubber to make oil for fires to stay warm, and in one popular photo were seen playing soccer on the ice shelf. Shackleton realized that without help they couldn’t live like this forever, and decided to use the surviving longboats to make a treacherous voyage to a whaling station on the remote south Georgia island, 800 miles northward. With little food and water, and no medical supplies, Shackleton and five of his men braved the ice-packed seas.

After weeks, they landed on South Georgia island, starving and suffering from dehydration. Unfortunately, they’d landed on the uninhabited southern coast, so for the last arduous leg of the journey Shackleton and his men had to cross a mountain range that no one had previously crossed. He reached the whaling station and started to work on an expedition to rescue his crew. After almost a year and a half marooned in the antarctic, Shackleton’s crew was finally met with relief ships that took them home. Despite the fact his trans antarctic expedition was, ultimately, a failure as a voyage, it was a victory for the tenacity of the human spirit.