Whether for sinister, practical or survival purposes, man has been developing secret passageways, rooms and spaces, virtually since he began walking the Earth. I find the topic to be especially fascinating, because with each one discovered or publicly brought to light, another small piece of history is also discovered. Here we take a look at 10, each one with its own unique past. 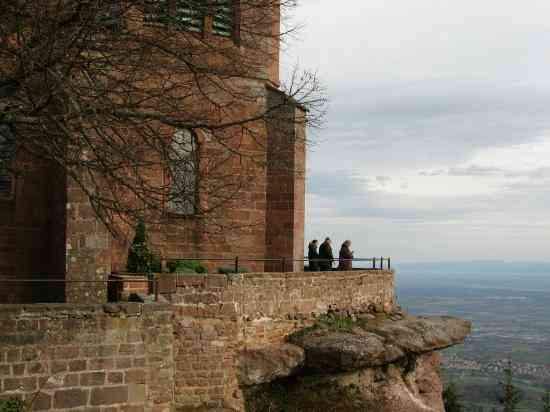 Breathtakingly perched 2,500 feet high in the Vosges Mountains of France, the Mont Sainte-Odile monastery dates back to the 7th century A.D. Its library has, for centuries, housed many rare and ancient books, but in 2003 something peculiar began happening. Many of these books began to seemingly vanish. Since the room was soundly locked and off limits to the public, it was a complete mystery as to where these books were disappearing. After police were called in, they eventually found that a section of bookcase swung back to reveal a hidden passageway. With a security camera then set up, a local teacher, Stanislas Gosse, was arrested soon thereafter. Apparently, he had stumbled upon a map to the secret passage in the city archives and decided to embark on his own adventure. In order to steal the books, he climbed over the exterior walls of the monastery then accessed hidden stairways that snaked toward a centuries-old, long-forgotten medieval passageway which led directly to the swinging bookcase in the library. It is believed that the passage was originally built to allow senior monks to eavesdrop on the younger monks’ conversations, being held in the library. As for Gosse, he commented that he stole the books because he felt they had been “abandoned” and he also wanted a “thrill.” 1,000 of the monastery’s books were found safely in his small apartment. 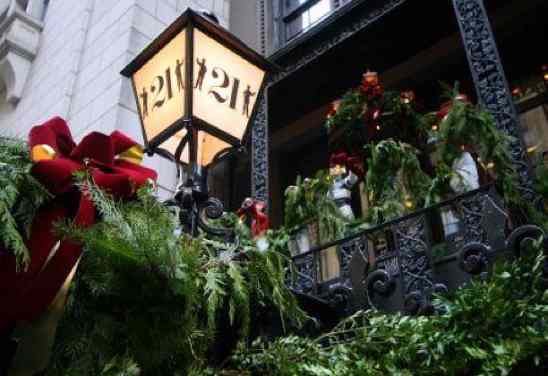 In Prohibition-era New York City in the 1920s, many speakeasies sprung up across the city to offer thirsty citizens illegal alcohol and good times. But one of them, the 21 Club, may have been the most clever of them all. The owners also owned the building next door, and used this as a means to hide their vast liquor supply in its cellar. This secret storage room was concealed by an enormous door that was designed to appear as a simple, cement wall. The door weighed a massive two-and-a-half tons, and could only be opened by inserting an 18-inch length of wire into one of the various cracks in the cement. With some muscle, the door would swing open into the basement next door, which housed hundreds of bottles of booze. Thanks to this secret room, and a system of levers used to tip shelves and drop bottles into the sewers below, neither the owners nor patrons were ever caught, even though the 21 Club was raided by police several times. During Prohibition, many celebrities and important political figures were known to imbibe in the secret cellar – including the mayor of NYC. 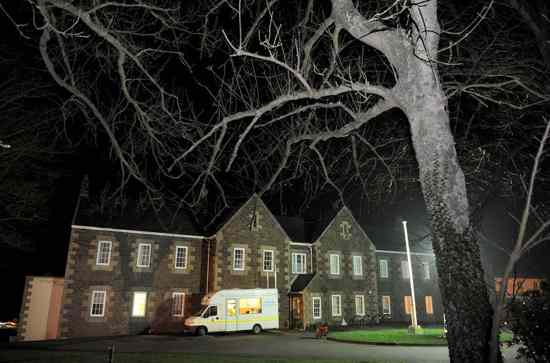 On the picturesque British island of Jersey, in the English Channel, the disturbing secrets of the Haut de la Garenne children’s home were made public, in 2008. After reports of abuse, rumors of exceedingly grim findings followed. An underground network of four, underground chambers were unearthed after an extensive police investigation, and what was discovered inside of them shocked not only the island, but the whole world as well. There were reports of shackles, juvenile bone and teeth remains, and shallow baths with traces of blood. It was down in these subterranean rooms where the children of the home were “punished”. It was stated that such abuse and murder took place from the 1940s to the 1980s, with the bulk of it occurring in the 60s. From various interviews and research, it was determined that “bad behavior” was met with floggings, druggings, sexual assault and solitary confinement in these terrible rooms. As if that wasn’t enough, notorious serial sex attacker, Edward Paisnel, also known as the “Beast of Jersey”, was also said to make visits to Haut de la Garenne to carry out his nefarious crimes. The accounts of abuse and murder now make up a long list, since many victims have come forward years later. The only positive effect to result from these horrors is that the island of Jersey has now taken legal steps to ensure that atrocities like this never occur again even though many of the initial horror stories have since been found to be exaggerations or completely untrue. 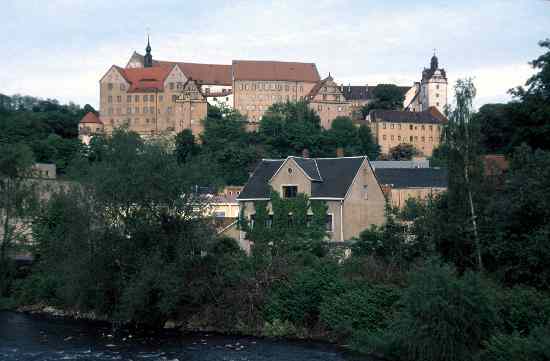 During WWII, a number of British and French soldiers were held as POWs in Germany’s Colditz Castle. It was in the attic of this castle where a notably impressive escape was planned and crafted. Led by British Lieutenant, Tony Rolt, and pilots, Bill Goldfinch and Jack Best, the small team of prisoners constructed a false wall and ceiling out of wooden shutters and mud, which created a hidden room in the attic. It was here that work on a secret glider commenced. Amazingly, their German captors did not even notice this newly-build room whenever they entered the space. Painstakingly, a flyable glider was built from no more than scraps of materials they found around the portion of the castle in which they were held. Able to get onto the roof with their creation, named the Colditz Cock, the escape launch was scheduled for the spring of 1945. However, the POW camp was liberated by American forces just before the planned date of escape. Although the name of this edifice sounds malevolent, it actually was a source of hope about 150-160 years ago. Located in Fountain City, Indiana, this was a small, brick home owned by Quaker, and abolitionist, Levi Coffin. The home contained many secret spaces, including a small, hidden room off the bedroom. Although the structure itself was nothing profound, what occurred there certainly was. It was in this diminutive room where Coffin successfully hid 2,000 escaped slaves who were following the path of the Underground Railroad, before the start of the American Civil War. Over the course of 20 years, these fugitive slaves would hole up in the room for, possibly, weeks as they prepared for the next leg of their journey to freedom. One slave’s experience in particular, known only as Eliza, was included in the classic novel “Uncle Tom’s Cabin”, by Harriet Beecher Stowe. Because every slave Levi Coffin assisted eventually made their way to freedom, he became known as the “President of the Underground Railroad”. 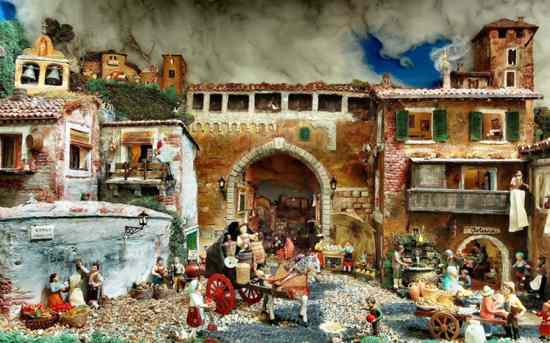 Dating back to 1277, the Passetto di Borgo was a secret passageway, approximately 800 meters long, atop the old Vatican wall linking Vatican City to the Castel Sant’Angelo, or Mausoleum of Hadrian, in Rome. Commissioned by Pope Nicholas III, it provided a crucial escape route for a number of subsequent popes. In 1494, Pope Alexander VI used it to escape an invasion by Charles VIII (It is also rumored that he used it to surreptitiously visit some of his lovers), and Pope Clement VII fled through it in 1527, during the Sack of Rome. Readers of author Dan Brown may also remember that the passageway played a part in his novel “Angels & Demons”. Today, the Passetto di Borgo is not so much of a secret, and is open to tourists. Legend has it that if a man runs 77 times up and down the passageway, he will get his lost virility back. Discovered in November of 2010, this elaborate passageway spans 2,200 feet long and is equipped with a small rail system, ventilation and fluorescent lighting. It connects the kitchen of a home in Tijuana, Mexico, to two warehouses in an industrial district in San Diego, California. Believed to be the work of Mexico’s Sinaloa drug cartel, which is headed by the country’s most-wanted drug lord, Joaquin “El Chapo” Guzman, the passage was used to transport massive amounts of marijuana, cocaine and methamphetamine into the United States. Located off the passage is a hidden staircase leading to a room 50 feet underground which housed an enormous amount of marijuana. Overall, more than 20 tons of marijuana was seized by U.S. and Mexican law enforcement. Many clandestine passages along the two countries’ border have been found since the early 90s, but this recently uncovered one is, by far, the most complex and complete. 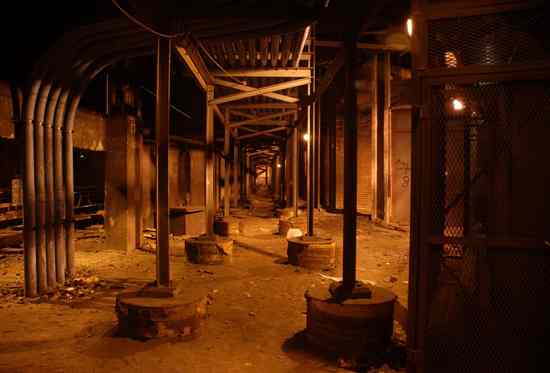 Built in 1913, Grand Central Terminal, in New York City, is the largest train station in the world, in terms of number of platforms. Therefore, it’s only natural that there be various hidden nooks, corners and spaces, such as the network of underground tracks, storage areas and tunnels. Weaved amidst them all is an unlisted train platform, known as Track 61, with a secret entrance and passageway leading to an elevator going straight up to the world-famous Waldorf-Astoria hotel. This furtive passage was what President Franklin D. Roosevelt used as his private entrance into Manhattan. It was a way of avoiding the pesky questions and flashbulbs of reporters and of going straight from his train to his hotel. In addition, it shielded the public from witnessing, in plain view, his polio affliction. Today, the entrance to this long-forgotten passage is welded shut, as millions of people per year scramble just feet away all around it. 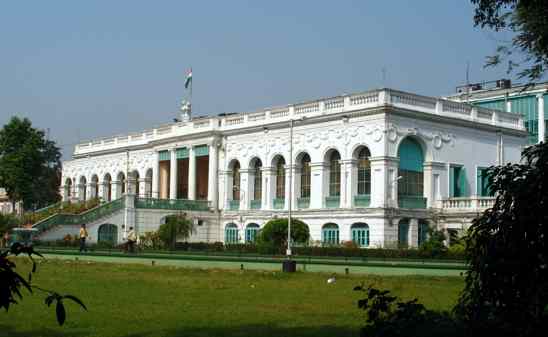 Another very recent discovery (November, 2010), this hidden chamber lies in the Indian National Library, housed in the Belvedere House, in Calcutta. As the building was undergoing restoration this year, the Archaeology Survey of India discovered the location of a mysterious large room, around 1,000 square feet in size. What makes it so mysterious is that they cannot find an entrance to the room, even after searching every square inch of the ceiling and walls that make up the enclosure. What was found was an arch on one side that was walled up at some point. Since the Belvedere House was home to British Governors then Lt. Governors during British colonial rule, there are some interesting theories as to what may be behind the chamber’s walls. Apparently, it was common practice among the British at the time to “wall up” offenders in “death chambers”, and that’s one speculation, since some sources say the room seems to have the same dimensions that such a chamber would have had. Others say that it may contain hidden treasures since the British of that time were also known to hide their riches in so called “blind chambers”. A colonial Governor or Lieutenant Governor definitely would have been a wealthy man, so it’s a valid hypothesis. Since a wall cannot be demolished due to the historic importance of the building, archaeologists are currently waiting on permission from India’s Ministry of Culture before they bore a hole through the wall to peer inside with a searchlight. He is known as America’s first serial killer. Born Herman Webster Mudgett, H.H. Holmes was an abject degenerate of a human being. Using dirty money he attained from unscrupulous activities, such as insurance fraud and the occasional murder-for-hire, he constructed a large building in Chicago and ran it as a hotel/hostel, in 1893. In addition, he ran a drug store on the same street which helped him become a respected member of the community. However, his ostensible integrity hid a sinister monster. It turns out that, for years, his building was the site of grisly and gruesome murders carried out at his hands. After his ultimate arrest, it was discovered that “The Murder Castle”, as it became known, contained many architectural oddities such as hidden staircases and trap doors, allowing Holmes to enter guests’ rooms. The most macabre hidden area, however, was the dissection room and crematorium, located in the basement into which victims’ bodies were thrown via a chute from upper floors. This room was a “laboratory” of torture devices, tombs and surgical devices and became publicly known as the “Chamber of Horrors”. It is believed that no fewer than 50 women were slaughtered in unimaginable ways there.