Countries are weird places. So much of our individual identities are tied to arbitrary lines on maps. Robert Anton Wilson said “every national border marks the place where two gangs of bandits got too exhausted to kill each other anymore and signed a treaty.” Is that true? Maybe. In the first of our series on weird facts about countries, we look at Liberia.

10 Liberia Was Founded By American Slavers 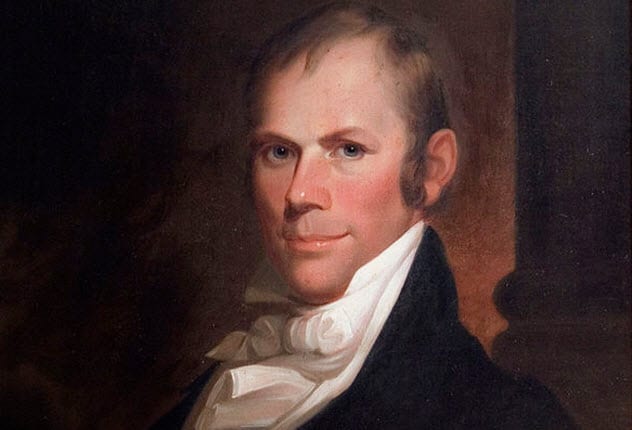 Liberia was originally an American colony set up by a coalition of slavers and abolitionists. Way back in the progressive days of the antebellum United States, some forward-thinking and moderate slave owners realized that the days of slavery were numbered.

Despite this realization, it was a step too far to consider that blacks and whites would be equals one day. The slave owners may have been forward-thinking for their time, but they still owned other people.

The American Colonization Society (ACS) was founded by a coalition of abolitionists and slavers who believed that free blacks could never coexist with whites in America. So the ACS thought the best solution was to send emancipated slaves to Liberia to live freely.

After the ACS bought land in Liberia, the first settlers (who were former slaves) arrived there in 1822.[1] But they died of ridiculously nasty diseases in the swamps. So technically, the second group of former slaves actually settled the land. 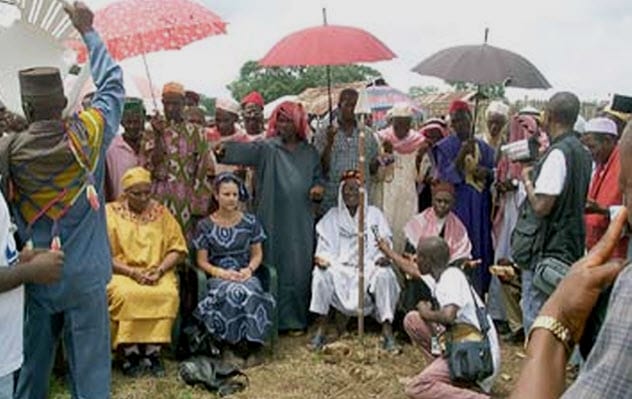 Between the 12th and 16th centuries, different tribes fleeing desertification of their homelands found their way to the lands that would become Liberia. This meeting of different peoples led naturally to cross-pollination of technology as well as political and social systems.

By the late 15th century, there was a healthy trade between these tribes and West African settlements from Cap-Vert to the Gold Coast. The descendants of these tribes are by far the largest group of Liberian people. The second largest group, which is only 5 percent of the population, is made up of the descendants of the resettled freemen. They ruled Liberia from the country’s independence in 1847 until 1980.

The third group is even smaller. They are the descendants of “recaptives”[2] or “Congos” freed by the British and US navies from slave ships in the 1800s. Although there has been some mixing along the way, the oligarchic system implemented by the American settlers preserved the power of the elite minority.

Incidentally, the constitution of Liberia is based on the US Constitution. But you can be sure that both countries becoming plutocratic systems with minimal social mobility is entirely coincidental.

8 Snails Could Prevent Another Ebola Outbreak 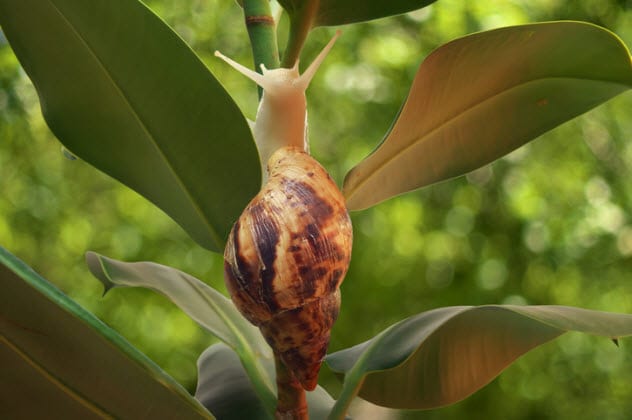 The Ebola outbreak in 2014 led to a banning of bushmeat, although this law is broken on a daily basis as Liberians, citizens of the eighth-poorest country on Earth, look to feed themselves. Liberia has very little land suitable for grazing animals, so monkeys are often killed and eaten.

The giant African snail, a delicacy in West Africa, is often sold at roadsides, and a burgeoning business in snail farming[3] is developing. With the creatures being so high in protein, countries like Liberia, whose population has doubled in the last 20 years, stand to benefit. Shifting the culture away from bushmeat and toward snails may be the greatest weapon in the fight against Ebola. 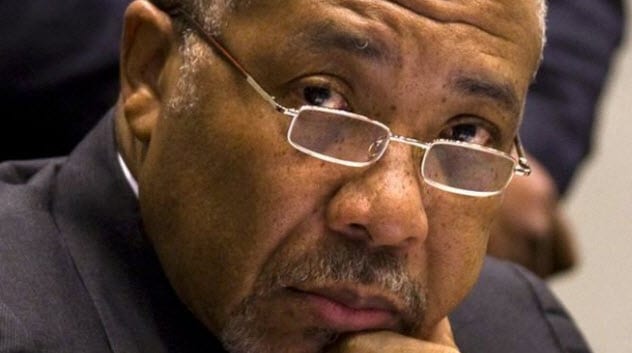 Charles Taylor is, to put it mildly, not a nice man. In 2012, he was convicted for his role in the Sierra Leone conflict, in which he used child soldiers, rape, and amputation as his weapons of choice. But Taylor was at least as brutal to his own people. To preserve the precarious peace between the different ethnic groups, he was never charged for his crimes in Liberia.

After supporting the 1980 coup that ended 133 years of government by the descendants of freed slaves, Taylor promptly embezzled $1 million from his country and fled to the US. Arrested for this crime, Taylor escaped jail and hooked up with Muammar Gadhafi in Libya. Taylor claims that the CIA helped him to escape.

Backed by Gadhafi, Taylor overthrew the Liberian government (the Samuel Doe regime) that he had helped to install. But Taylor was denied victory by his own lieutenant who broke away, formed his own army, captured President Doe, and tortured Doe to death.

This sparked another civil war that became an ethnic conflict costing over 600,000 lives. Before the First Liberian Civil War ended in 1997, Taylor was quite fond of drugging and brainwashing children to be his soldiers. They would put on wedding dresses and blond wigs which they believed would make them immortal. The effects of Taylor’s brutality still persist today as former child soldiers attempt to lead normal lives alongside the victims of the horrific ethnic cleansing.

“History will be kind to me,” Taylor said on leaving office. “I have accepted this role as a sacrificial lamb.”[4] 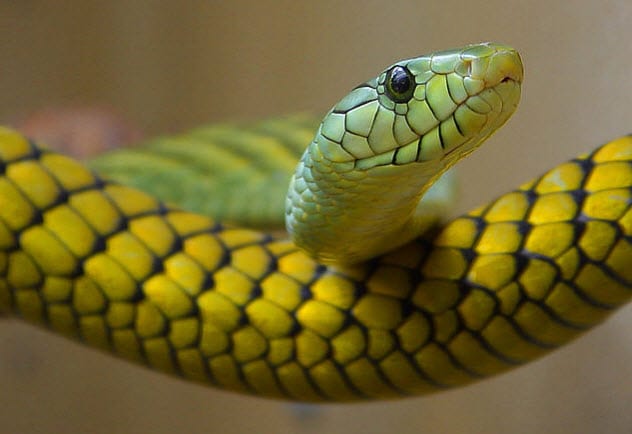 Although Liberia is home to the absolutely adorable pygmy hippopotamus, it stands alone. Every other animal in Liberia is crazier than a biker bar full of meth-addled vampires. We are reliably informed that 90 percent of Liberian snakes aren’t venomous.

But that still leaves the nose-horned viper, the western green mamba, and three kinds of cobra (one of which spits venom at you). There are also venomous pythons,[5] asps, boomslangs, and other snakes that hide in the grass, climb trees, or swim. Suffice it to say that we’re amazed Liberia isn’t one giant ball of snakes.

Of course, if the snakes don’t get you, there are a dozen other ways to die in Liberia—even if you’re actively trying to preserve the wildlife there. In April 2017, two rangers were murdered by humans who had been living illegally inside a Liberian rainforest.

The problem stems from the population’s dependence on bushmeat for protein, which leads to poaching. Angry mobs often kill forest rangers who try to protect the rainforest’s endangered species. But it doesn’t stop there. The poachers’ bushmeat may be infected with germs that can spark an Ebola outbreak.

5 Teetering On The Brink Of Ecological Disaster 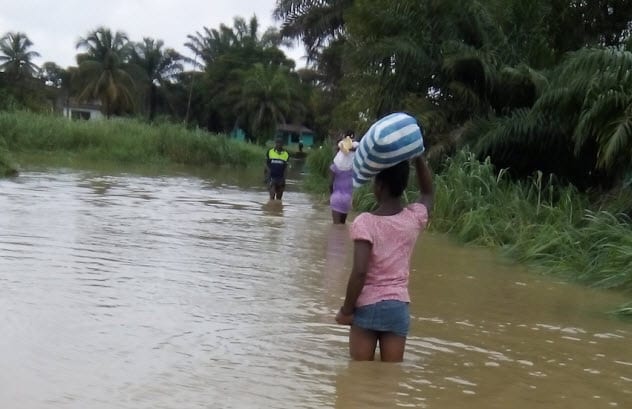 In an ironic twist, Liberia is suffering from the effects of global warming while contributing almost nothing to climate change. As Liberia is so undeveloped, the nation is in a catch-22.

On the one hand, the coastal regions are flooding due to a low coastal plain and increased rainfall. As a poor country, Liberia can do little about this even though there is a vast oil deposit available for exploitation.

The catch is that the deposit sits beneath the Upper Guinean tropical forest, a protected area. Even with the legal protection in place, the forests are being depleted at three times the global average due to illegal logging.

If that wasn’t bad enough, Liberian farmers can no longer rely on the usually stable weather patterns[6] to know when to plant crops. With the country’s population explosion, the future for one of the most environmentally pure regions on Earth looks troubled, if not downright bleak.

4 The Weirdest Animal Lives There 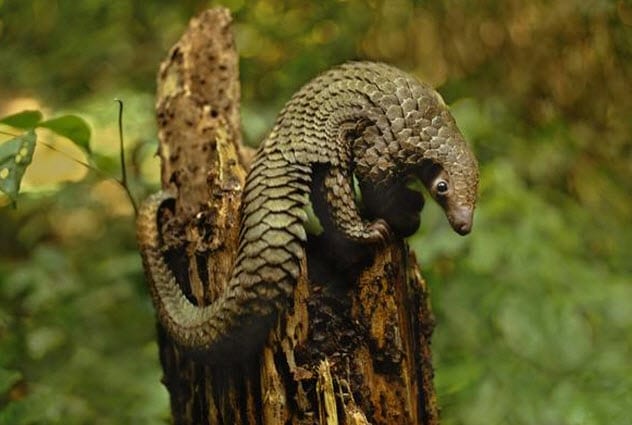 The long-tailed pangolin lives in Liberia, although humans are going out of their way to eat it into extinction like everything else. Pangolins are weird but also cute in a way that makes them beloved by hipsters and Japanese teenagers.

However, these animals are endangered, which means that they are incredibly valuable. As a result, the pangolin is the most trafficked animal on Earth. Despite looking like a honey badger in a snakeskin suit, Chinese medicine has decided that eating pangolins is good for you. Eating rare animals is also a sign of wealth.

In Liberia, however, the pangolin is banned from poaching like all other bushmeat delicacies. But the value of these unique animals is high enough that the reward outweighs the risks for many poachers. Pangolin scales alone are reported to fetch $3,000 per kilogram[7] ($1,363 per lb), while a factory worker can expect to earn just $100 in a month.

3 Migration Is Key To Liberia’s Future 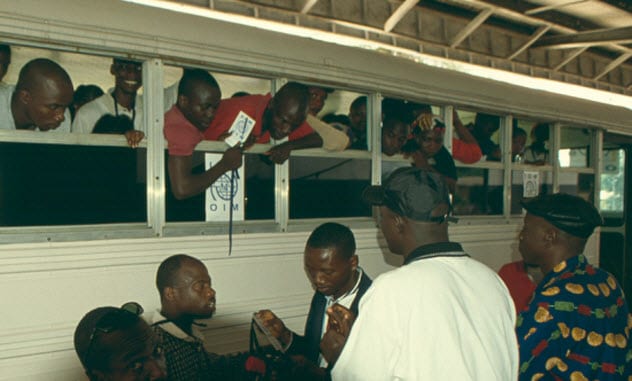 Although the population of Liberia is growing rapidly due to improving standards of living and a decade of peace, many Liberians seek their fortunes overseas. Eleven percent of people surveyed in 2010 said they received money sent back by friends or relatives abroad. This figure is likely to rise in the coming decades because 35 percent of the population is effectively uneducated[8] and 27 percent of women report an income of less than $0.50 per day.

Overseas investment in the form of offshore oil prospecting is beginning to take shape, but wealth remains concentrated in Monrovia, the capital of Liberia. For many rural Liberians, crossing the border to Guinea or Ivory Coast in search of a new life is attractive. Emigration to destinations such as Europe, Asia, and the United States has also been increasing. 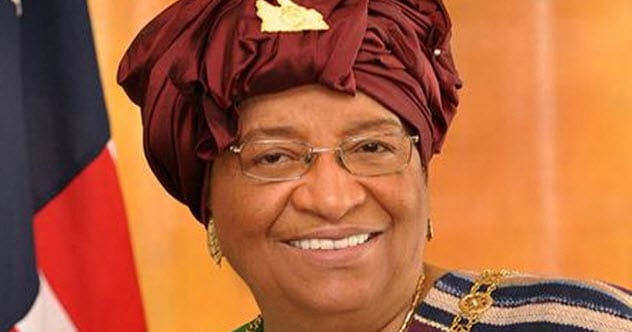 Ellen Johnson Sirleaf took office as Liberia’s 24th president in 2006. Sirleaf, who has the moniker “The Iron Lady,” also won the Nobel Peace Prize in 2011. While this is great in terms of gender equality, Liberia has repressive laws regarding homosexuality.[9] President Sirleaf has not repealed these laws, much to the chagrin of progressives in the West.

In the context of Liberian politics, however, it is clear that the nation simply isn’t ready to accept homosexuality as part of normal sexual behavior. To force the issue would be political suicide for Sirleaf. As the greatest president in Liberia’s history, this is a result the country can ill afford. 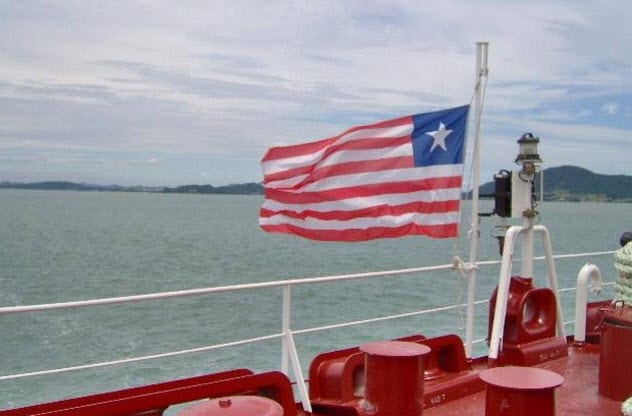 Due to its laissez-faire attitude toward pesky things like maritime law, Liberia has more ships registered under a flag of convenience than any other country except Panama. About 12 percent of the world’s ships fly the flag of Liberia.

According to the Liberian Registry,[10] “Liberia has earned international respect for its dedication to flagging the world’s safest and most secure vessels.” Even so, the registry itself is operated by a US company.

Despite so many ship owners taking advantage of Liberia’s lax maritime laws, very little of the registration fees have benefited the people whose flag adorns approximately 4,000 vessels. It is believed that Charles Taylor redirected some of the funds into nongovernmental projects.

With registration fees accounting for close to 25 percent of Liberia’s tax revenue, it is unlikely that the government will be keen to reform maritime laws at the behest of other nations. Although the ships are expected to employ Liberian sailors, this is seldom enforced due to the closure of the Merchant Marine Academy in 1992.