You may think our education system has come a long way since the days of paddling kids on the butt with a wooden plank—but once you read the stories on this list you’ll quickly realize you were very wrong. Here are some of the most bizarre punishments inflicted by parents and teachers on students who didn’t follow the rules.

Recently, a picture surfaced on the Internet and quickly went viral. At first glance, it seems like two fingers with some sort of odd disease, but on closer examination it’s actually the legs of an Asian schoolgirl who was forced to kneel on frozen peas for a long period of time. This punishment seems to be growing in popularity and more and more schools, especially in Asia, are using kneeling to deal with disobedient pupils.

Students have been forced to kneel with their hands raised for hours and their legs resting on frozen peas, corn, or rice. A girl in China was even expelled for taking pictures of the harsh punishment and posting them on the Internet. While you may think that’s bad, even worse are reports of small children being forced to kneel on things like baking hot concrete and cheese graters by their parents. In Florida, Albert and Nancy Cusson took the punishment to the next level by making their grandson kneel for nine hours straight, 10 days in a row. While some forms of kneeling punishment may be legal, there’s a fine line separating it from shockingly cruel and unusual treatment.

9Holding Hands While Being Laughed At

Usually when two students get into a fight at school they face suspension or possibly expulsion. However, at Westwood High School in Mesa, Arizona, two students who got into a brawl were faced with an ultimatum. They were given two options—either accept suspension or sit in the courtyard holding hands with each other for 15 minutes. The students quickly agreed to hold hands—but little did they know their punishment would soon go viral. Other students pointed, laughed, and took pictures and videos as the two miscreants tried to hide their faces.

The students also made lewd comments about the kids’ sexual orientation and called them embarrassing names. While some local parents apparently supported Principal Tim Richard’s bizarre punishment, it was strongly frowned upon by the Mesa School District. Both students were thoroughly embarrassed by the ordeal, as students continued teasing them far beyond the 15 minutes during lunch—although they have said that they’ve learned their lesson and don’t plan on ever fighting at school again. 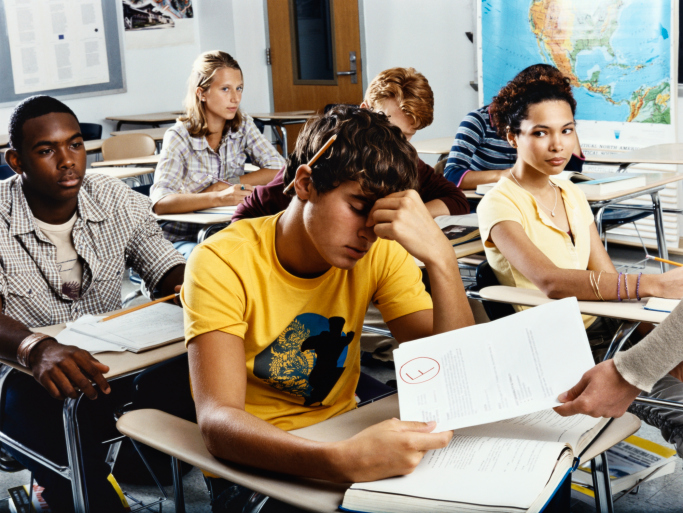 Trying to effectively punish your kid for bad grades is usually quite difficult—unless you’re the Florida parents who forced their son to wear a sign broadcasting his less-than-impressive scholastic achievements. Michael Bell Jr. was given a sign by his parents proclaiming: “Hey, I want to be a class clown. Is it wrong?” The back of the sign read: “I’m in the 7th grade and got three Fs. Blow your horn if there’s something wrong with that.” The teen was then forced to stand on a popular street corner in Miami for several hours.

After failing math, civics, and language art, Bell Jr. spent his whole spring break on the corner with the sign, even inspiring other parents to try out the punishment as well. A second Florida mother decided to punish her son by having him stand on a Tampa street with a sign saying: “I did four questions on my FCAT and said I wasn’t going to do it…GPA 1.22…honk if I need (an) education.” Unsurprisingly, many honked in support of the punishment, although others viewed it as cruel and overly humiliating.

7The Cone Of Shame 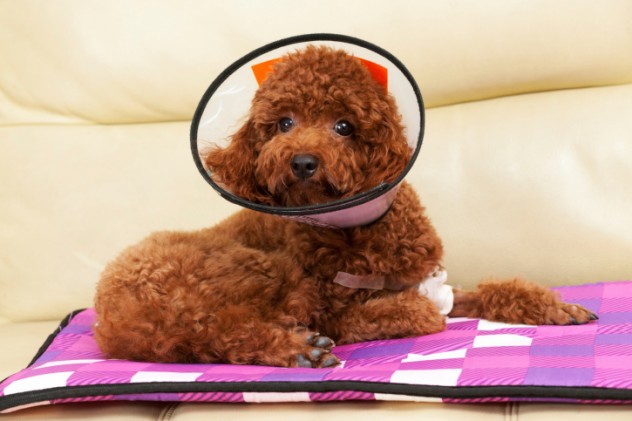 As we have seen, bizarre school-related punishments are apparently very popular in Florida and the “Cone of Shame” that students were forced to wear in one teacher’s classroom is no different. After watching the movie Up with her freshmen science students, Laurie Bailey-Cutkomp brought in her own Cone of Shame to put on students as punishment. The Cone consisted of a plastic dog collar that Bailey-Cutkomp obtained from her previous veterinarian job, where it was used to stop pets from disturbing their wounds. While she claims it was just a joke and that she never intended to truly embarrass her students, the school board definitely wasn’t as amused—especially after those wearing the collar had their pictures taken and uploaded to Facebook by other students. The use of the Cone lessened after criticism began rolling in and Bailey-Cutkomp was quickly put on unpaid suspension, with the possibility of losing her job.

6Eating Lunch Off The Floor 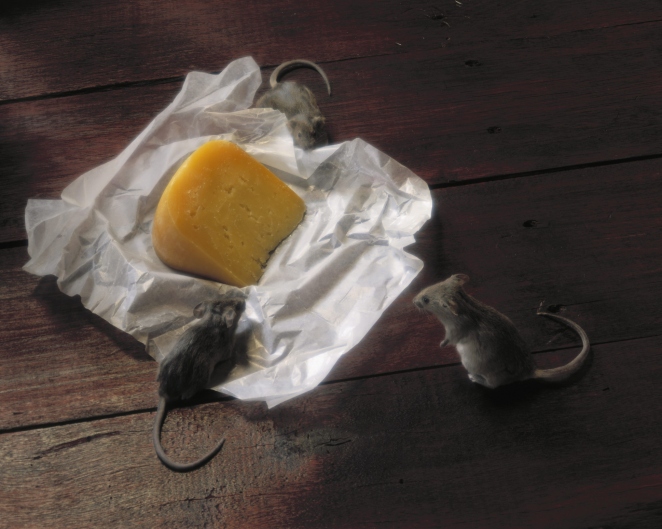 No use crying over spilled milk, right? Well except for students of the Charles Sumner Elementary School in New Jersey, apparently. In 2009, fifth graders at the school were forced to eat their lunch off the floor as punishment for a student spilling a jug of water while refilling a cooler. In the subsequent lawsuit, the school’s vice-principal denied the story, claiming the real reason was a lack of seats—which seems a bit odd considering that the students weren’t even allowed to use trays, instead being given only a small piece on paper to separate their lunch from the disgusting cafeteria floor. School officials even threatened the children that they would be forced to stay there longer if they told anyone about their punishment.

The lawsuit grew even more controversial when it was discovered that the students singled out by the African-American and Caucasian teachers were all of Hispanic descent. The bizarre punishment continued for 10 days, and included students that were absent the day that the water was spilled. In the end, seven of the students affected split a $500,000 settlement.

5Being Written On In Permanent Marker 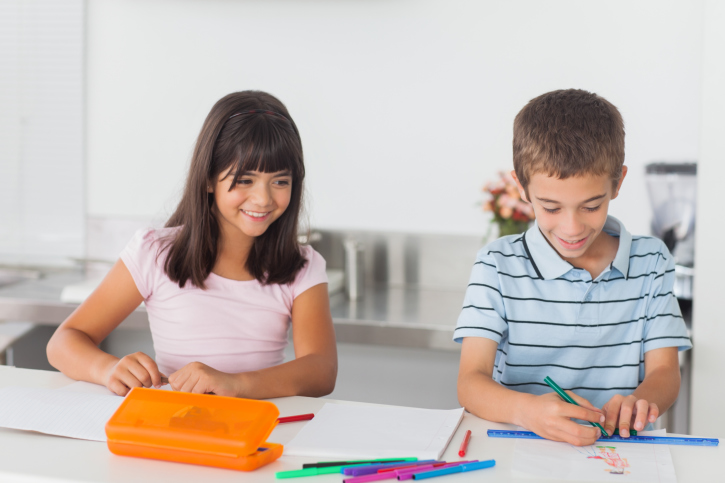 Learning how to read is a difficult and frustrating process, even without the threat of your teacher allowing other students to draw on your face with permanent marker. Summer Larsen, a fourth grade teacher in Idaho, chose just that as a bizarre form of punishment for students not meeting their Accelerated Reading goal. Those that didn’t meet the target faced two choices—not going to recess (Never that!) or allowing their classmates to write on their faces. Six students opted for the latter.

Parents were definitely not amused that their kids were coming home looking like a coloring book and quickly took action against the school. While the students did have a choice in the matter, the punishment was seen as bizarre and quite harsh to those in the class that weren’t the strongest readers. 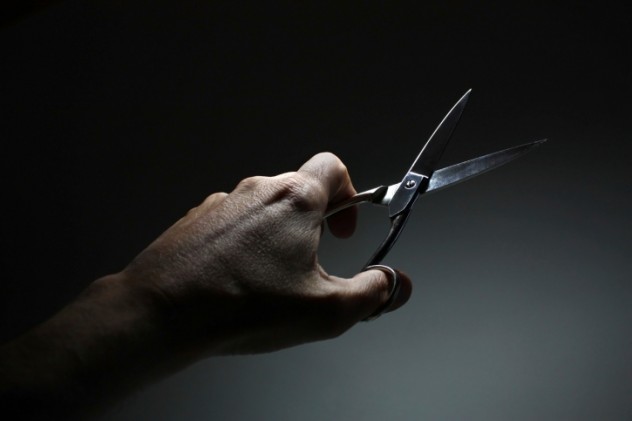 One morning, Lamaya Cammon sat in class minding her own business and playing with the beads in her newly braided hair. Then, after persuading the seven-year-old to come to her desk with candy, her teacher proceeded to grab a pair of scissors and chop a braid off. Lamaya claims that playing with her hair wasn’t disruptive to others, though her teacher, whose name wasn’t released, clearly disagreed. The incident happened in front of the whole class, who began laughing as Lamaya went back to her desk, crying and embarrassed. The teacher has apologized for the incident, claiming she did it out of frustration. She was fined $175 for her bizarre act, but has been allowed to keep teaching.

3Telling An Autistic Kid Nobody Liked Him 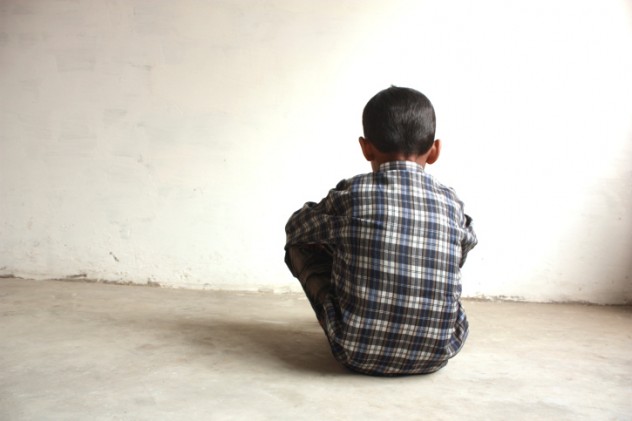 While suffering from undiagnosed high-functioning autism, a little boy named Alex Barton was voted out of his classroom by his teacher and fellow students. Alex was first sent to the office after coming to class without his backpack and homework folder, then later sent back for disrupting the class. Once Alex left, his teacher, Wendy Portillo, proceeded to hold a class discussion about what they disliked about Alex. When Alex returned, the discussion was still ongoing and he was made to sit and listen while the class discussed his flaws. At one point, it was reported that Mrs. Portillo had told Alex that she hated him. Once his classmates had finished calling him names, Mrs. Portillo found it to be an excellent opportunity to teach the children about tallying—by having a vote as to whether or not they wanted Alex to stay in class. By a not-so-close vote of 14-2, Alex was forced out of the room. Despite this bizarre punishment, a court ruled that Mrs. Portillo was allowed to teach again and keep her tenure. 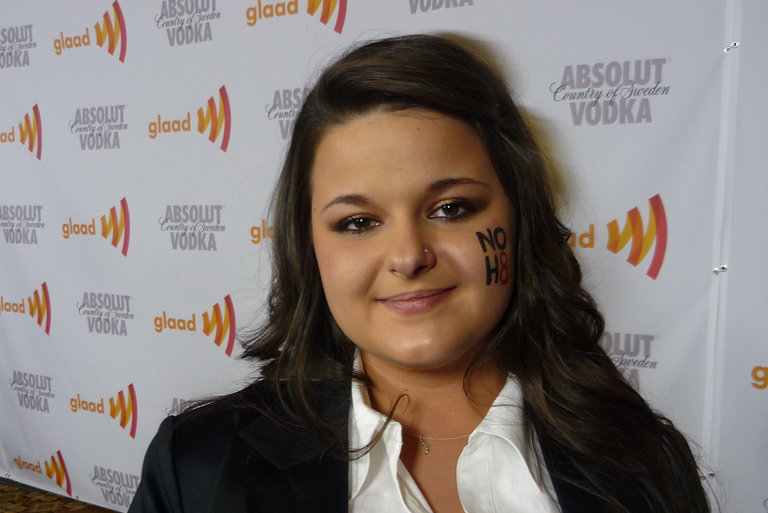 In an unbelievably petty act of revenge, a Mississippi school district held a fake prom for a lesbian student after she sued them for not allowing her to wear a tuxedo and bring her girlfriend to the event. Constance McMillen and her girlfriend were initially told they had caused their school prom to be cancelled after asking to go as a couple. Outraged by the school’s bizarrely over-the-top response to her simple request, McMillen proceeded to sue the district for discrimination. After a court ruled that she was legally allowed to attend, the school informed her that she would be invited to the replacement prom already arranged by her classmates’ parents. Little did she know that the school had no intention of inviting her to the actual parent prom, instead hosting a fake event for her, her girlfriend, and five students with mental disabilities.

It was only when McMillen showed up at a country club with her date that she realized they had been set up as a punishment. As she attended her prom with six other students, everyone else was attending the actual event just down the road. The school district was forced to pay McMillen $35,000 for the bizarre humiliation they put her through. But while the settlement was helpful, it couldn’t repair the trauma of being set up by both school administrators and her classmates. 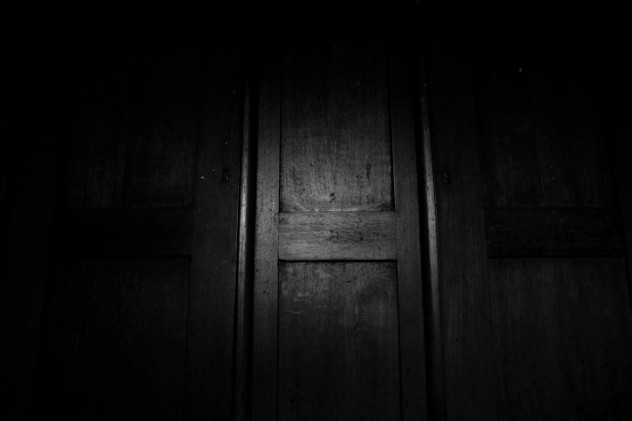 A teacher in Houston is under fire after locking several of her students in a pitch-black custodial closet known as the “Monster Closet.” After the class read a story about monsters that hide in closets, the Pre-K teacher thought it would be good punishment for four-year-old Kelon Chaney. As his classmates began laughing at Chaney’s punishment, the teacher also proceeded to stuff three other children alongside Chaney in the cramped, dark closet. Chaney himself was so frightened by the incident that he ended up vomiting.

A similar instance of children being locked in pitch-black rooms as punishment has also been reported in Idaho. A teacher at Washington Elementary School allegedly locked five-year-old Tanner Cagle in a small dark closet for over an hour—and eventually forgot about him altogether before leaving for home. After becoming worried when he didn’t return from class, Cagle’s parents went to the school themselves—where they found their son locked in the closet, having urinated on himself from fear. 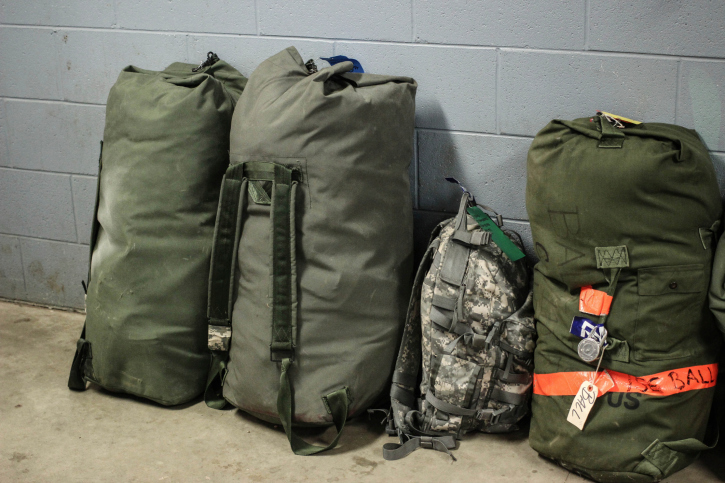 Just looking at the title, “The Therapy Bag” seems like some sort of relaxing new age relaxation technique. In reality, the “Therapy Bag” is actually just a small duffel bag that a Kentucky schoolteacher used to stuff a nine-year-old autistic boy into as punishment. Third-grader Christopher Baker was faced with this inhumane punishment simply for not doing his work. While school officials claim he was in there for no more than 20 minutes, the boy was still tied up tight in the bag when his mom arrived at the school. She was outraged to walk up and see her son calling out for her as he tried to wiggle his way out of the bag. The teachers involved have since been fired and the extremely bizarre punishment prompted a storm of outrage from the local community.

Shelby is an undergraduate at Arizona State University studying psychology and medicinal biochemistry. She is constantly fascinated by the mysteries of the world around her. She hopes to go on to medical school once she graduates to be able to search for and solve these mysteries.