Ice! Anders Breivik! Fish! The invention of the word “slalom!” A socialistic nightmare or wonderland, depending on how much you like Bernie Sanders!

What could the subject of this week’s list be, you ask? It could only be the fascinating country of Norway. Let’s see what the frozen land of happiness has to offer. 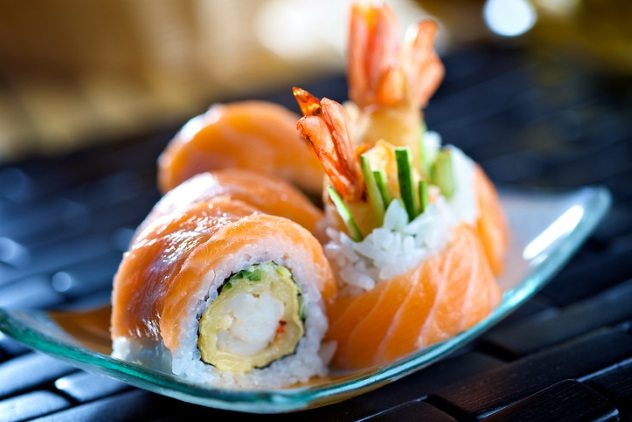 Way back when, before the Japanese began focusing exclusively on producing anime and ignoring the opposite sex, they ate fish. So much fish did they eat that soon, Japanese fishermen were banned from every non-Japanese fishing zone. Never one to pass up an opportunity (and with the patience of saints), the Norwegians began a 20-year campaign to turn Japan onto salmon. Until the plucky Scandinavians arrived, the Japanese had never used salmon in sushi. So, that salmon sashimi that you plow into is actually fusion food.[1]

The lack of a quota system and overfishing led Japan’s fish stocks to nose-dive, while consumption remained at a hefty 60 kilograms (130 lb) per person, per annum. Arne Hjeltnes, chief executive of Oslo’s Cruena digital advertising agency, says that getting the Japanese to put salmon on a lump of rice is perhaps one of Norway’s greatest export successes in the last 20 years, possibly even a better invention than the Norwegian cheese slicer. And we all know how important the cheese slicer was.

9 The Most Expensive Gas On Earth 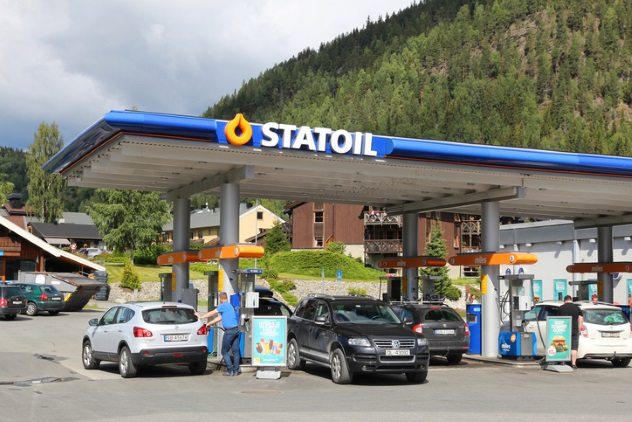 The world’s most expensive gas can be found in Norway, where drivers pay $10.12 for a gallon of premium gas. While the country has significant oil reserves of its own, instead of using the money to subsidize vehicle fuel, it goes to fund social spending such as free college education and into a trillion-dollar savings fund. By comparison, Saudis pay $0.61 for a gallon—but it doesn’t seem to faze the Norwegians too much.[2]

8 Norway, The Painter, And The Volcano 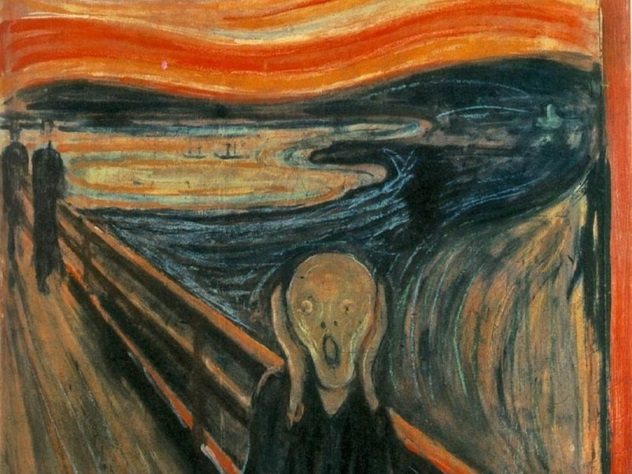 Edvard Munch is moderately famous painter, primarily for the eerie, despairing The Scream. The background to the tormented soul is a dun-red sky which broils with ominous intent and foreboding.[3]

This is not merely artistic license on the part of Munch. In fact, when he painted The Scream in 1893, he deliberately recalled events from his younger days to add effect. One of these formative memories were the years of blood-red skies, beginning around 1883 with the cataclysmic eruption of Krakatoa, halfway around the world in Indonesia. The volcanic dust darkened the skies of much of the world for years, and thus, when astronomers finally located the setting of the painting, they discovered that Munch would have seen red skies, too.

“It was very satisfying to stand in the exact spot where an artist had his experience,” Professor Olson said. “The real importance of finding the location, though, was to determine the direction of view in the painting. We could see that Munch was looking to the south-west—exactly where the Krakatoa twilights appeared in the winter of 1883–84.”

7 Norway Is Not Socialist 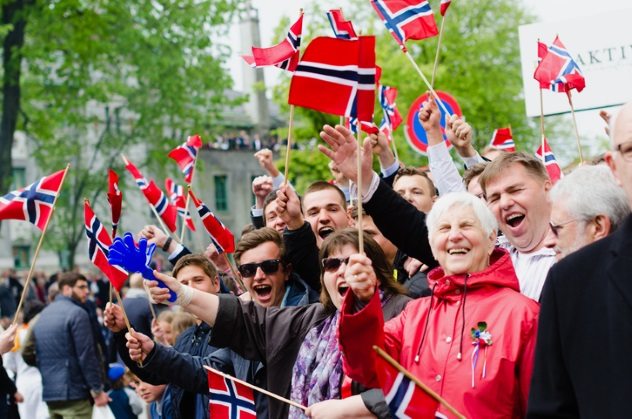 Of course, both of these imaginary people are wrong. As you are a smart person, you know that not every political model suits every nation—but the Nordic model certainly seems to work for the small populations of Scandinavia. Life satisfaction surveys consistently place Norway close to the top, and life expectancy is over 80 years. Save the Children ranks Norway the best place to raise kids, and there’s lots of free time, with an average working week of 37 hours, not to mention plenty of holidays. You can see why people hold the nation up as a great example of socialism, except the entire system is capitalist to the core, albeit with high taxation for social programs and state organizations.

Maybe Norway could put up a sign to clear this up once and for all.

6 The State Is Hugely Powerful And Will Take Your Kids 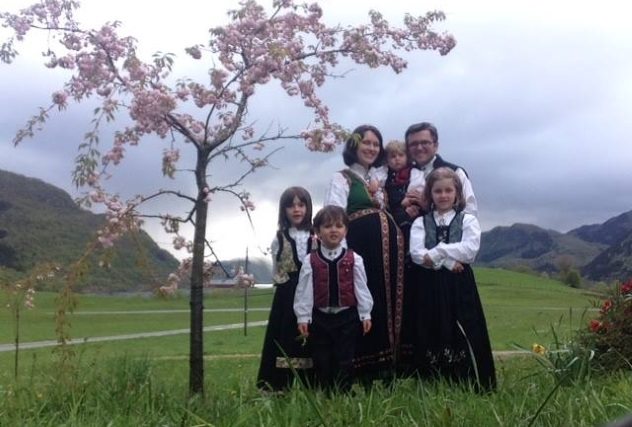 One of the state organizations I mentioned above is Barnevernet, who are the Norwegian social workers. In a bizarre case, this organization effectively abducted five children from an immigrant couple, citing concerns for their safety. In a case that began with two children arguing on a bus, the investigation involved questioning of the family’s faith, disciplinary habits, and eventually the arrest of the father and the children being seized and sequestered in foster homes across Norway.

This egregious overreach began after a seven-year-old girl admitted to social workers that sometimes, she was spanked lightly. Spanking being a crime in Norway, Barnevernet felt justified in charging the father with child abuse, taking a seven-month-old baby from his mother (in order to X-ray for signs of being shaken), and separating the family almost entirely. The father could not see his children. The mother was be allowed to nurse her baby twice a week and see her small boys once a week for two hours. The two girls would have no contact with either parent outside ten-minute phone calls.

No judge was involved in this process at any time.[5] Sounds like a great place to live so long as you obey the government at all times.

5 Norway Is Not In The EU 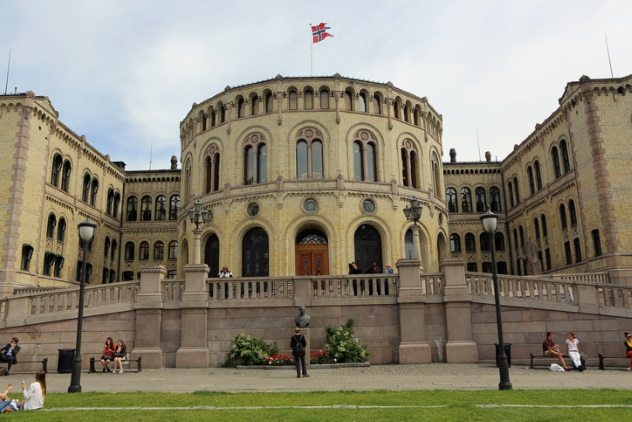 In what may be news to some, Norway declined to join the European Union. “The arguments for saying ‘no’ were that membership was a threat to the sovereignty of Norway, the fishing industries and agriculture would suffer, that membership would result in increased centralisation, and there would be less favourable conditions for equality and the welfare state.” Fishing is extremely important to Norway’s economy, especially for coastal areas, and the imposition of quotas would harm the trade.[6]

Norway still has access to the European community by virtue of paying high tariffs for trade, but the Norwegians are happy enough with being integrated into the EU but separate. The people voted down the motion to join twice back in 1994, and with high employment and a strong economy, the nation sees no reason to renege.

4 Sigurd I, The Undefeated 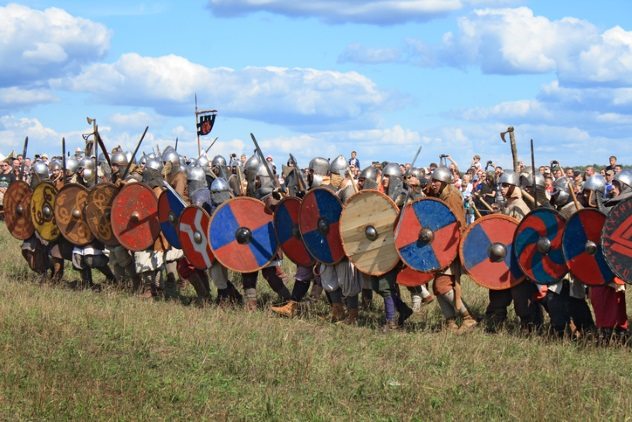 Back at the start of the 12th century, Sigurd I Magnusson of Norway set off on a crusade. As fairly recent converts to Christianity, the Norwegians were keen to prove their mettle against the foes of the cross. Beginning by sailing to England, the king and his men wintered with friendly lords before sailing on south. Running into many Arabs in Spain was a good opportunity to put the heathens to the sword—which Sigurd gladly did. He continued on to kick several shades of snot out of Barbars on Ibiza and Formentera, buddy up with a young prince in Sicily, and finally thrash all comers in the Holy Land itself.[7]

Returning home after just a few years, Sigurd is recognized today as the first crusader to take the fight to the Moors in the Balearics and took home with him a mountain of loot and, allegedly, a piece of the true cross itself. He retired undefeated.

Not bad for a king you never heard of.

3 The World’s Best Place To Be A Writer 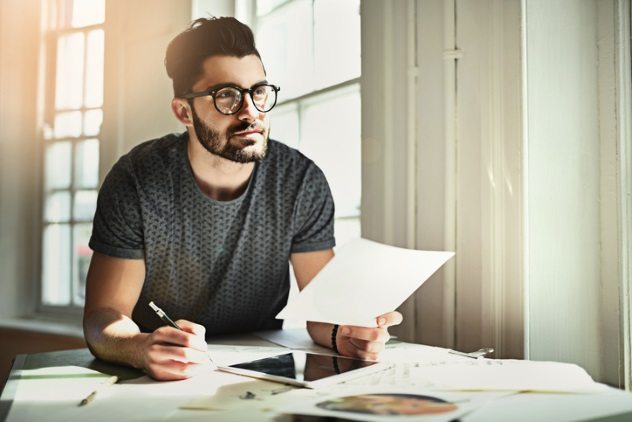 Many of you surely have been kept up at night, wondering if your thinly veiled Star Trek fan fiction in which a young farm boy takes part in a great adventure in the stars will ever take off. It will not. It needs more character development. Nobody is going to buy that Duke Sunstrider is anything other than a lame Captain Kirk pastiche. Sorry.

You could, of course, move to Norway, where, provided your finished book meets sufficient standards, the government will buy 1,000 copies and put them in libraries. Better than that, you will even earn royalties on these books, enabling you to feed your starving family while you work on “Duke Sunstrider II: Return to Beyond Thunderdome 4.” Additionally, if you are an actual artist instead of a charlatan who writes for Listverse, you can get a one- to five-year grant to pursue your dreams. The reasoning behind this is the market is so small for Norwegian literature and arts that no artists would be able to survive on the domestic market alone.[8]

2 The Town Where It Is Illegal To Die 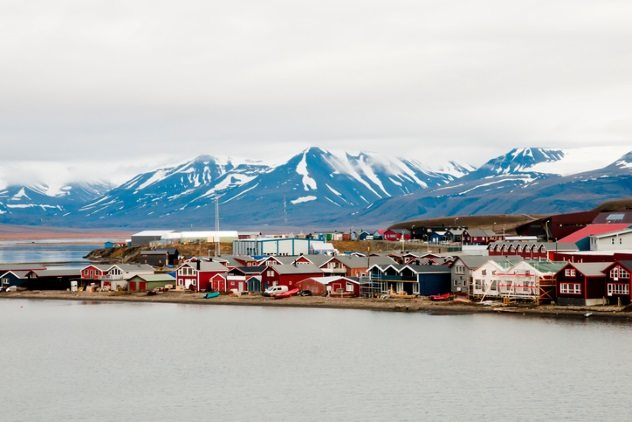 Longyearbyen, in Svalbard, has refused to bury dead people for nearly 80 years. The reason? It’s just too cold, and bodies don’t decompose in the permafrost. In fact, bodies that have been recovered from the ice have been preserved well enough to store the viruses that killed them.[9]

The other concern is that during a period of warming global temperatures, thawing permafrost which reveals cadavers might attract the attention of Longyearbyen’s neighbors—the polar bears. Relatively common throughout Svalbard as apex predators, the polar bears would happily munch through a recently exhumed body. It is to this end that the terminally ill are quickly flown or shipped off to elsewhere in Norway, to die quietly out of sight.

1 Swinging To The Right 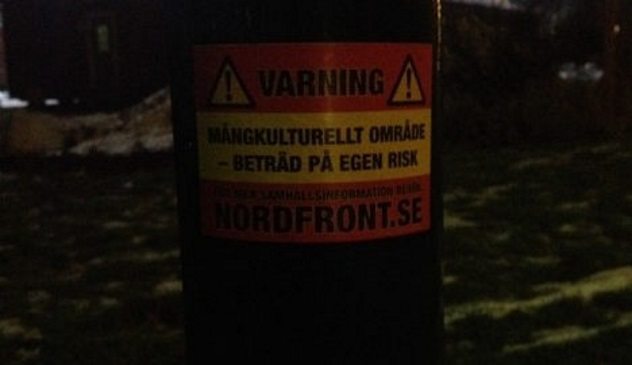 We all know the horrific terrorist attack perpetrated by Anders Breivik in 2011. At the time, it was a conundrum for Norway—how could such an event happen? Right-wingers have historically had little presence in the country since the end of World War II. An almost entirely homogeneous nation, Norway’s most right-wing political party was Progress, who plied a party line of tax cuts and privatization. Still, by 2013, the Red-Green coalition that had run Norway for a decade had been ousted by a center-right coalition.

Further troubling news comes from the fact that neo-Nazi group Nordfront, which is established in Sweden, Denmark, and Finland, has run a recruitment drive in at least six counties in Norway. Fueled by concerns about migrant crime in neighboring Sweden, the right is becoming increasingly popular as the government fails to ameliorate the concerns of citizens or bring the crime waves under control.[10]