The Vatican is the central point for the world’s largest denomination of Christianity, Catholicism.[1] With its nearly 2,000 years of existence and its secretive nature, it’s no wonder that over the years, the Vatican, and the Catholic Church it represents, has been rumored to have in its possession many items of intrigue.[2] From real life magical artifacts, to the devil, to aliens, the Vatican is rumored to have pretty much anything and everything. And, the supposed location of these things is the very real Vatican’s Secret Archives. So, today, we will delve into the rumors and see just how many hold any water. 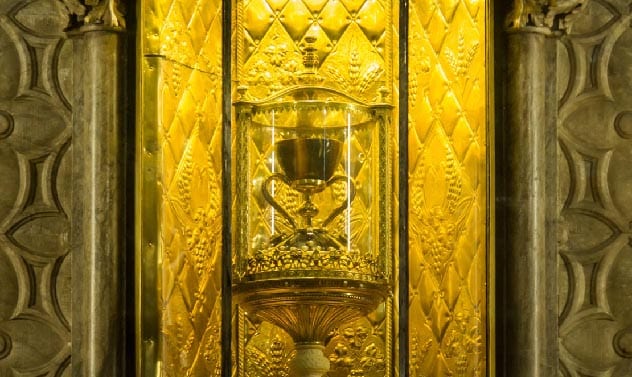 Unsurprisingly, the Vatican has been rumored to have all sorts of religious artifacts. After all, it is the biggest bastion of Christianity in the world.[3] And, to top that, it is one of the oldest still-existing institutions in the world. So, it should come as no surprise that the Vatican has been rumored to have all sorts of Artifacts with religious value. From the cross that Jesus Christ died on, to the holy grail, to the ark of the covenant, to Noah’s ark. Pretty much every single major christian artifact has been rumored to be stored somewhere within the Vatican’s Secret Archive. However, it has also been rumored that less well known and bizarre religious artifacts are hidden away there as well. Some are so bizarre, that it is unlikely that the common lay person has even heard of them. Some of the less weird ones are Jesus’ foreskin, the actual, non-degraded body of Christ, or even the crown of thorns Jesus wore during his crucifixion.[4]

9 The Bones of Saint Peter 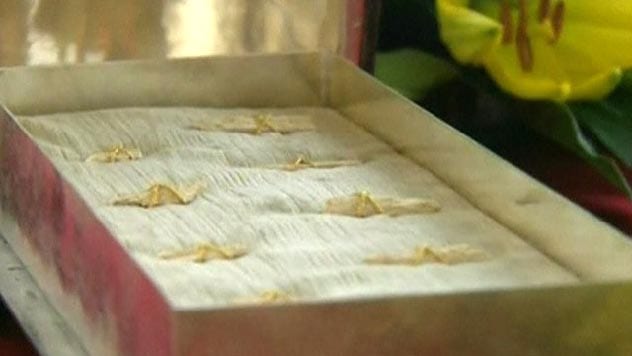 In 1939, nine separate pieces of bone were found under St. Peter’s Basilica, the largest church in the world, and the center of the Vatican city state. Even more surprisingly, the bones have been said to have been found in an unassuming, humble, shoe box.[5] In 2013, Pope Francis presented the bones to the public in a Sunday service, before locking them away again. They have not been seen by the public since. No one knows if they are really the bones of St. Peter, scholars and skeptics, are, well, skeptical. However, instead of showing the bones publicly, or allowing scholars to test their claims, the Vatican has locked them away from any further public viewings. The Vatican claims that this is because of a supposed 1,000-year-old curse for those who disturb the peace of St. Peter’s tomb. But, skeptics believe that this is an excuse.[6] 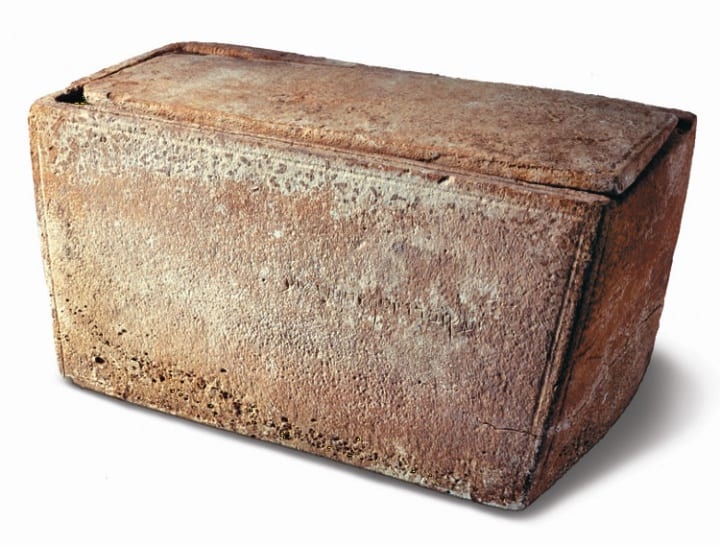 Allegedly, somewhere deep within the Vatican’s Secret Archive, there is evidence of either Jesus’ existence, or lack thereof. Supposedly, inside the Vatican’s Secret Archive, there is a recorded conversation between Emperor Nero of Rome and Saint Paul the disciple transcribed in some form. If this is true, then, potentially, depending on the conversation’s contents, it could theoretically either undeniably confirm the existence of Jesus as a historical person, or, disprove his entire existence and establish him as being entirely fictional. Either of which could rewrite history as we know it. If there is proof that Jesus didn’t exist, it’s no wonder the Vatican would keep it hidden. However, if they do have proof of Jesus’ existence, then who knows why they would keep such information under-wraps. Whatever the case may be, it is theorized that such history-altering proof is locked away within the Vatican’s Secret Archive. And, for as long as it remains this way, we won’t know for sure.[7] 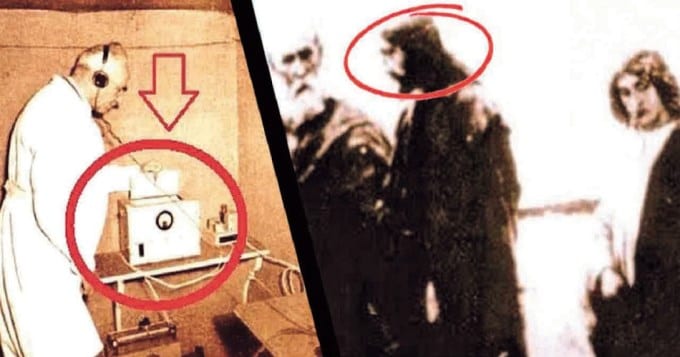 Described by Father François Brune in his 2002 book Le Nouveau Mystère du Vatican, the chronovisor is a device that is rumored to have been created and owned by the Vatican. This device was theoretically built by the world’s greatest scientists in the 1950’s. The project was theoretically funded by the Vatican for unspecified reasons. The device is said to work like a pair of glasses, and where worn up against the face. It was theoretically able to view events from the past. It allegedly worked by processing electromagnetic radiation leftover from past events and turning them into visual images and audio. Father Brune claimed to have witnessed historical events such as the crucifixion of Christ and a performance of the lost tragedy Thyestes. Apparently, soon after it was created, it was dismantled. As the church hierarchy was concerned that it was too powerful for any one person or group to have. If it exists, any evidence of it would be safely tucked away in the Vatican’s Secret Archive.[8]

6 The Third Secret of Fatima

In the small Portuguese city of Fatima. Three young shepherd children supposedly saw numerous visions from the Virgin Mary. This supposedly culminated in a mass miracle involving the sun. In the first secret, the children allegedly saw the fires of hell, filled with hideous demons and the suffering souls of the damned. In the second vision, they saw that World War One would end soon, but the Second World War would start almost immediately afterwards if the pope didn’t consecrate Russia to the Immaculate Heart of Mary. The third secret, however, was kept a secret until the year 2,000, where it revealed to supposedly be about the persecution of Christians in the 20th century and the assassination attempt on Pope John Paul the Second. However, some people are convinced that the third secret made public was not the same as the one revealed to the children of Fatima. Whatever the case may be, if the secret revealed was a fabrication, it is possible that the real secret is hidden somewhere within the Vatican’s archive.[9] 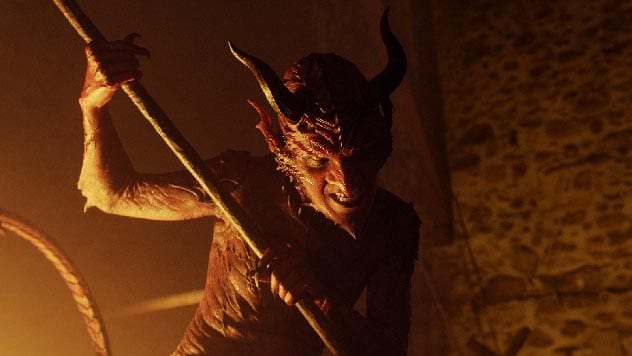 Some people have speculated that the Catholic Church is a demonic institution. Still, some take it a step further and claim that Satan himself is being held within the Vatican’s Secret Archive. The Vatican’s most senior exorcist, Father Gabriele Amorth, had conducted thousands of exorcisms before his untimely death. He had supposedly spoken to the Devil himself at one point within his career, although the circumstances of this encounter is unknown. Amorth claimed that Satan himself was hiding somewhere within the Vatican. The scandals and corruption within the Church in recent times are all attributable to the Devil himself according to Father Gabriele Amorth. Why the Devil is being kept in the Vatican and for what reason they choose to keep him a secret is unknown.[10] 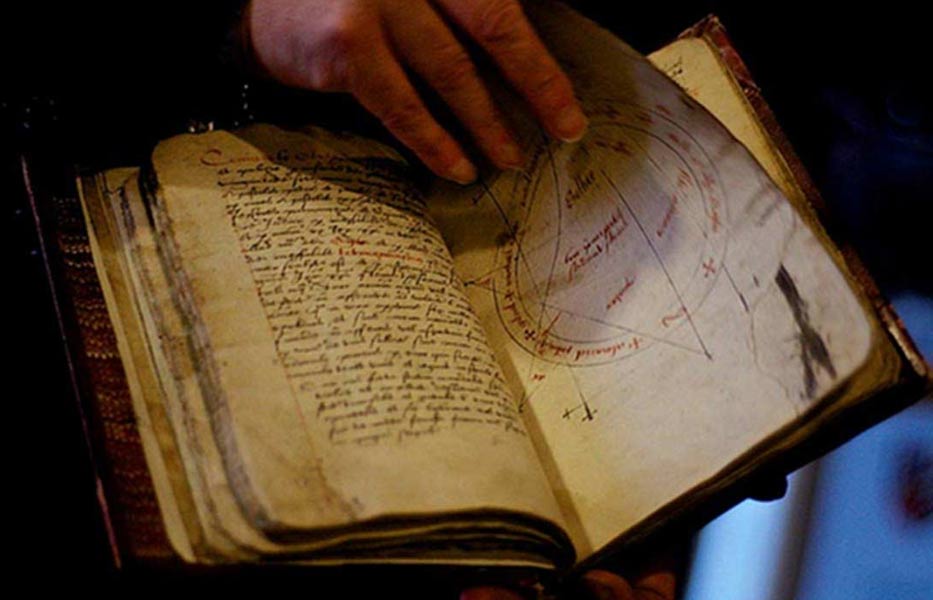 The Grand Grimoire is an alleged medieval book that is believed to possess immense powers. It was written in the 16th century by Honorius of Thebes, who claimed to be possessed by the devil himself. In the book, it has instructions on how to make magic talismans and amulets, how to make magic spells, and even how to summon demons. However, most alarmingly, it even offers instructions as to how to summon the devil himself and make a deal with him. There have been many copies made after the original was published, however, only the Vatican has the original, unaltered copy. Some claim that the others are fake, or have been altered to make them worthless. Others claim that all copies have some power, but the original copy owned by the Vatican is the most powerful. Still, according to some, the only real, functional copy is held by the Vatican as a way to protect humanity from unimaginable carnage if the book fell into the wrong hands.[11]

3 Paintings of The Real Jesus

Unlike what is taught in Sunday-School, Jesus was a Hebrew who lived in the mountainous regions of northern Israel. Therefore he almost certainly would have looked more middle eastern than what is often portrayed. As a result, the real, historical Jesus would have looked nothing like what is portrayed in popular culture (much of which is based on the face of the very handsome Cesare Borgia). However, some people believe that the Vatican has at least one contemporary depiction of Jesus’ appearance. If this is true, then not only would it be undeniable evidence of Jesus’ existence from only a few years after Jesus’ death, but it would also give a rare look into such an old historical figure’s physical appearance. Whether it exists, or why the Vatican would keep such earth-shattering information a mystery, is unknown and disputed.[12] 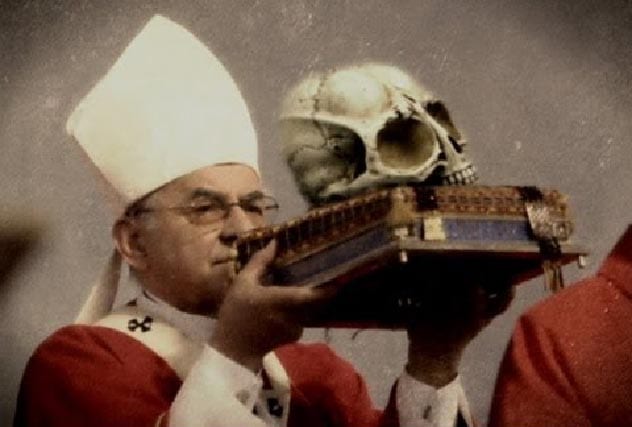 Aliens are almost always the go-to cover-up for many conspiracy theorists, and the Vatican is no exception. Some claim that in 1998, skulls with elongated heads and small faces, resembling the aliens from the Alien franchise, were found underneath the Vatican. Apparently, ever since, the Vatican has kept all evidence of Aliens secret as to not discredit Christianity. Some still believe that the Vatican has much more direct evidence of Aliens, with a few even claiming that there are several live aliens tucked away inside of the Vatican’s Secret Archive. Why they would keep aliens a secret, and why such aliens would be living in the Vatican’s Secret Archive of all places, is unknown.[13] 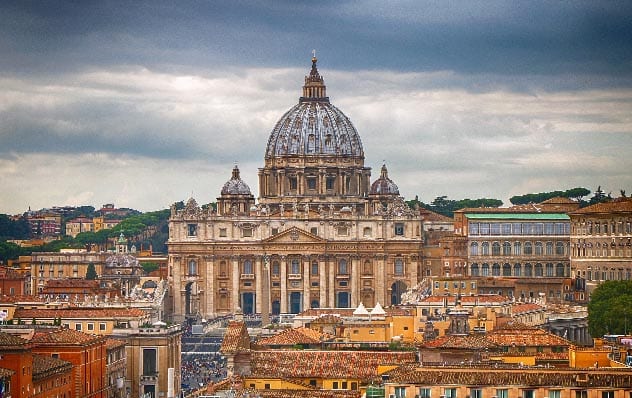 Panorama of Rome with a view of Basilica from St. Peter in the Vatican. Italy

Perhaps the most disappointing theory, and possibly, by far the most likely, is the idea that the Vatican’s Secret Archive holds no earth-shattering secrets at all. The Vatican’s Secret Archive might have sparked intrigue with the name, but, in reality, this is actually a mistranslation. “Secret” is in fact mistranslated. In the original Latin, the word “Secretum” doesn’t literally mean “secret”, like it has been incorrectly translated as, but would more accurately be translated as “personal”. “The Vatican’s Personal Archive” sparks much less intrigue, and for good reason. The mistranslation might be what paved the way for so many theories as to what might be hidden within the archives walls in the first place. And, unless the Vatican makes all of its archive public, we will never know for sure.[14]