As if your IQ weren’t low enough from driving down the last ten roads, strap on your helmets because there are even more of these things! The last list featured selections by myself and Mr. Frater, but this list is primarily roads that the readers mentioned in the comments. So sit back, read on, and be prepared to get some more frights put up you! 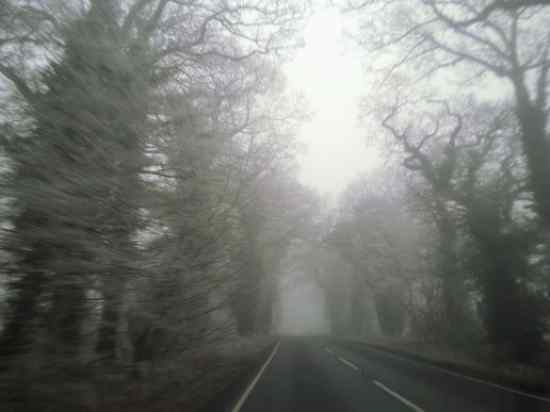 This one is at the number 10 spot for many reasons, but the most prominent reason is, perhaps, my bias towards it. I visited this road the night before I wrote this list and it was definitely a strange place to be. I saw nothing clear, so I dare not say it’s haunted (of course, I am almost entirely a skeptic). The road has an S curve with a bridge over a very fast moving creek. This is far and away the creepiest bridge I have ever set foot on! But, that’s my paranoia talking again, I suppose. Anyway, many cars met a foul end when taking the unexpected S curve too fast, and many ghosts are said to roam the area. On my visit, I saw strange movements and my friend heard whispering. Fellow Ohioans, I would recommend a trip to Ghormley next time you want to be spooked. Unfortunately, there are no good photos of the road or bridge so I have had to use a stock image. 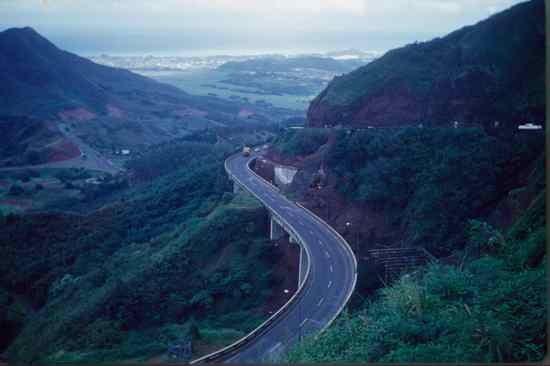 I’m uncertain if cops patrol this highway because, according to legend, your car will break down if you travel the thoroughfare with pork in your possession. But, I will leave this inquiry up to greater minds than mine. However, if you dare to travel the highway, do not bring pork, unless you want the angry and hungry spirits to break down your car. Or it could be Pele, but who’s keeping track? And while you are in the area, look up Old Pali Road so you can say “hey” to the ghost girl with half of her face missing. Ah, paradise! 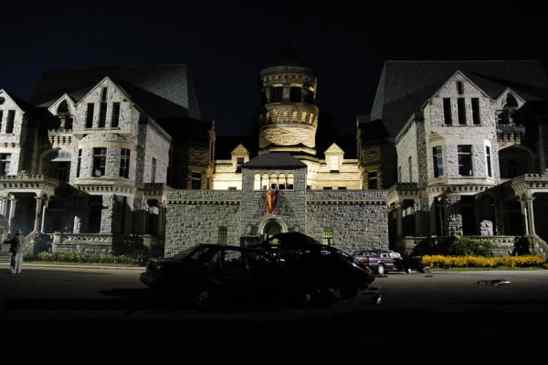 Ok, calm down. Two Ohio roads, Ian? Really? Well, yes, really. And that’s all, I promise. We’ve all heard of the movie The Shawshank Redemption, filmed at the Mansfield Reformatory, in Mansfield, Ohio (pictured above). But the building can’t hog ALL the attention. Phoebe Wise was an eccentric hermit. She lived alone, was unmarried and was just generally odd. As the youngest of 8 children, she inherited the house after her parents died, along with a few thousand dollars (a pretty good sum, if not filthy stinking rich). She also sold some land, for undisclosed amounts of money. Long story short, rumors spread of a hidden fortune. Some men broke in, tied her up, tortured her for her loot, and got very little to show for it (turns out, no treasure). They threatened to kill her if she left her house, and then booked it. She had a hard time dragging herself out to telegraph the police, considering the burglars had scorched her feet with a torch.

Phoebe survived and continued to live alone, until 1933. Now, she is said to walk the road, patrolling to keep an eye out for unwary burglars trying to ransack her home for lost treasure. 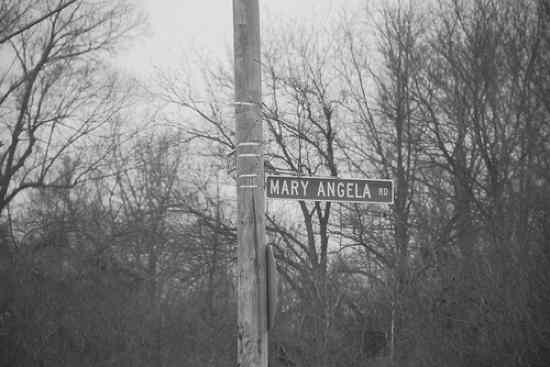 Landocommando would smack me if I didn’t include this and, fortunately, it actually turned out to be interesting! Mary Angela Road is a lonely, backwoods road that leads to the source of it’s legends: Voodoo Village. A small compound that is said to host many weird rituals and animal sacrifices, Voodoo Village is certainly an unsettling place to be. How haunted or evil this place is is disputed, and many rumors probably spawn from local residents’ ignorance, but between the weird, colorful paintings and the numerous, unexplainable statues, it isn’t hard to see why! The local inhabitants despise the name Voodoo Village, and will definitely get pissed off if you take pictures! Walsh Harris, founder of the establishment, used to belong to the Masonic Lodge, and much of the artwork there pertains to Masonic symbols and Scripture. A weird place for sure, and don’t expect be greeted with a smile. And don’t be too surprised if they block you in with a truck so you can’t leave… 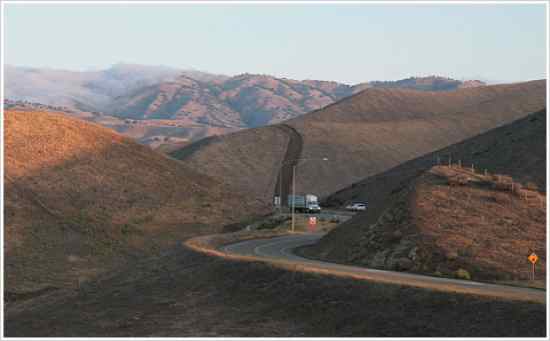 This road is notorious for numerous accidents, along with its ghosts! Many a sleepy driver has met an untimely end on the road, but many of its ghost stories aren’t even related to the accidents. A “time warp” of sorts is said to occur on the road, accounting for many reports of “lost time” (a phenomena detailed elsewhere on this very website), strange lights illuminate the sky, and men in Old West garb and a stagecoach make the occasional appearance. And, if that wasn’t enough, the San Luis Reservoir is said to host a mysterious light beneath the water. Side effects of driving on the road may include: Overwhelming feelings of dread/impending doom, inexplicable sadness, extreme apprehension or diarrhea. One of those is a joke, try to guess which. 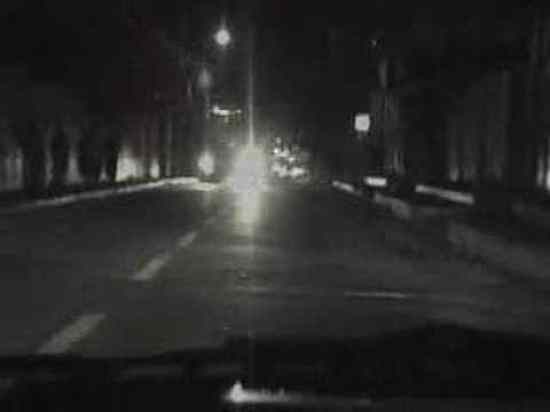 Listverse’s many Filipino visitors were quite upset at the exclusion of their beloved Balete Drive. I did some research, and now I see why they were! According to legend, Balete trees (which are numerous along the road) attract ghosts and other paranormal entities. You would be wise to keep your eyes up front. A glance in your rear-view mirror may make your stomach turn with a truly disturbing surprise. A lady in a white dress will have hitched a ride, with long, flowing hair, and… No face. The last thing you want to do is check for cars behind you and be greeted with the silent likes of THAT. And if No-Face gives you the pass, you can still admire the road’s three haunted mansions. The previous owners were simply too attached to let them go. 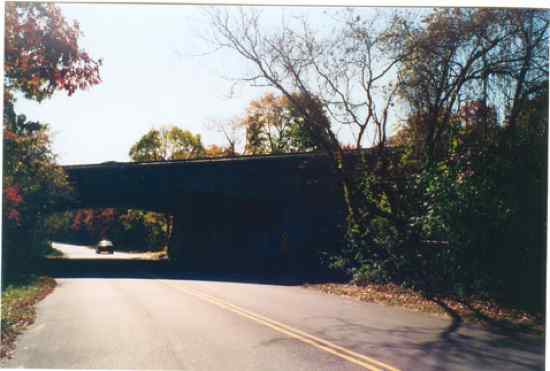 The woods surrounding this road, and the road itself, are rumored to be quite heavily haunted. A few pictures from the local ghost hunters have turned up some very odd images. It isn’t hard to see why! Three teenagers, who were apparently in some kind of bad way in their lives, decided to end their lives by hanging themselves from the overpass. Some say you can still see their bodies swaying in the breeze on a cool, dark night. Mary, a nurse from the nearby hospital, wanders the road, perhaps to try and resuscitate the deceased teenagers. And if that isn’t all bad enough, don’t get pulled over. No, not because you were doing anything illegal (were you?), but because he who routinely patrols the area isn’t exactly… alive. The good news is that he won’t write you a citation, he’ll just silently stare at you with blood running down his shoulders. After he feels you get the point, he’ll turn around, exposing the gaping exit wound in the back off his head, where the fatal bullet exited his skull. 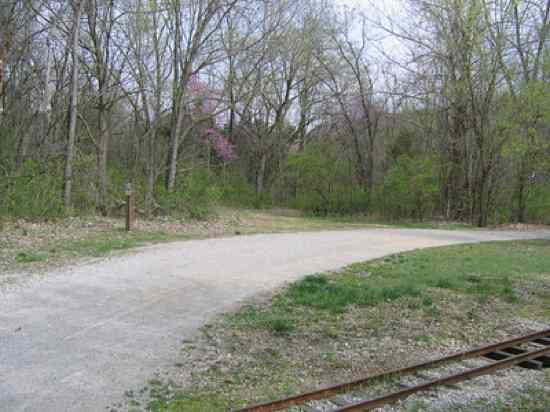 Despite the name, this road has a slim chance of making you LOL (think about it…). More likely, it may make you PYP (Pee Your Pants). In fact, why don’t we just refer to it by it’s far more popular nickname, Zombie Road. This incredibly narrow road carves a lonely path through two miles of woods, only to dead end at what used to be a rock quarry. The road soon became all but abandoned, and the road sign has been replaced by a chained gate. Among the resident freaks are: A young boy who plummeted to his death from the nearby bluffs, and man struck and killed by a train, a crazy old lady who yells at you from her house at the end of the road, Native American spirits roaming the woods and plenty of Satan worshipers. Boy, do those Satanists love themselves some urban legends! The name of the road, however, wasn’t derived from these weirdos. Credit for the spooky nickname goes to a mysterious killer known as The Zombie. He would wait in his old shack for lovers and party goers to show up, and would attack them. Perhaps he isn’t gone… Reports of visitors disappearing aren’t uncommon. 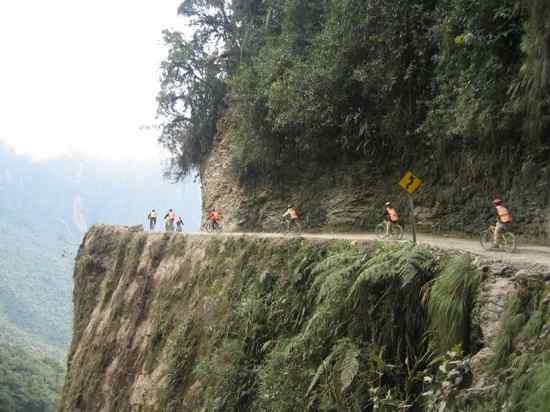 The only road on this list where its ghosts take a backseat to the road itself! And yes, the name translates to “The Road of Death.” Appropriate. The road is an incredibly dangerous winding highway that cuts through the mountains of Bolivia. Think 900 meter drop off with no guardrail, passing buses and trucks, despite the road being littered with debris and rock from the hillside. It has its fair share of ghosts, but if I were you, I’d be keeping my eyes on the road ahead, rather than scanning for spirits. 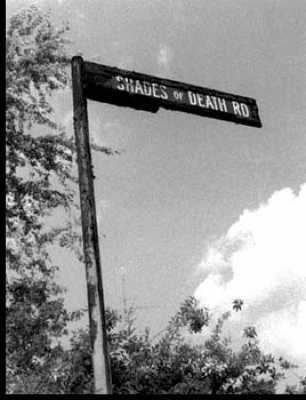 If this list was solely based on names, Shades of Death would surely still be number one. Shades of Death can’t be too bad, it runs right by… Ghost Lake? Seriously? Somebody was just demanding this place be haunted! And haunted it is, according to most. Between a murderer (or murderers?), a violent gang of criminals, and a mysterious plague, this road has been no stranger to death. Some say that at times, the population of Malaria-carrying insects was so large, that victims would have to be laid out on the roadside in the hopes a traveling doctor would happen by and cure them. Ghost Lake, home to mysterious columns of mist and a haunted cabin, is the most popular stop on the drive. If you are lucky (or unlucky) enough, you may just catch a faint glimpse of a murder victim out for a stroll in the fog. Yes, New Jersey wins it again, I know. But Bolivia wasn’t in it to win it because it wasn’t so much the scary ghosts as much as the scary road planning! And let’s be honest, between the stories, the lake, the name and the history, Shades of Death was a worthy contender.