Even if most of us can’t do anything to change how we look, there are still many ways we can raise our attractiveness factor for the opposite sex. Smell good, be funny, and don’t talk about your ex too much. It’s not as complicated as self-help books and relationship blogs make it out to be.

According to science, though, those are only the well-known ones. Many other factors seemingly unrelated to attractiveness secretly influence the success rate of your dates. 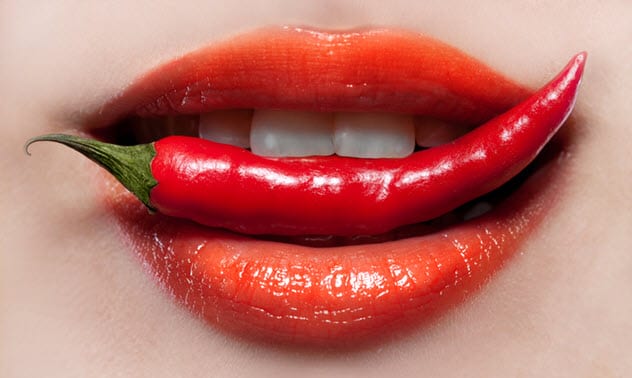 As to how attractive you are to the opposite sex, you’d think that the only effect of food occurs when you show up on a date with visible food stains on your clothes. Beyond that, what you eat shouldn’t affect attractiveness at all. If it did, we’d spend as much time choosing meals for upcoming dates as we spend on clothes.

According to one study, food can influence your sex appeal in other ways, though only in the case of women.[1] Researchers at St. Cloud State University in Minnesota found that women find men 20 percent more attractive immediately after the women eat something spicy. The study authors say that it’s because of something called embodied cognition, wherein our sensory feelings affect what we feel even if those two are otherwise unrelated. 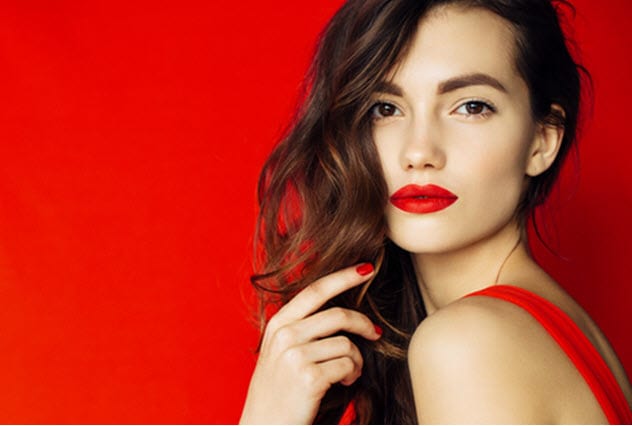 Preference for color is assumed to be subjective in nature. While some women may immediately ask you to take them to bed after seeing your blue shirt, others may not even answer your calls after the date. It depends on how much they like the color blue. Although that is true in general, one color is unanimously considered to be more appealing—at least on women. Red.

Quite a few studies have found that men tend to find women dressed up in red—whether it’s the color of the dress, bag, or lipstick—to be much more attractive than other colors. It’s perceived to be an indicator of sexual willingness, which may have something to do with the female body’s natural mechanisms to indicate that they’re interested.

Ever notice that your female partner blushes a lot, has fuller cheeks, and is just generally a lot redder than usual during the fertile phase of her menstrual cycle? Yup, that’s directly related to why men find the color red so hard to resist.[2] 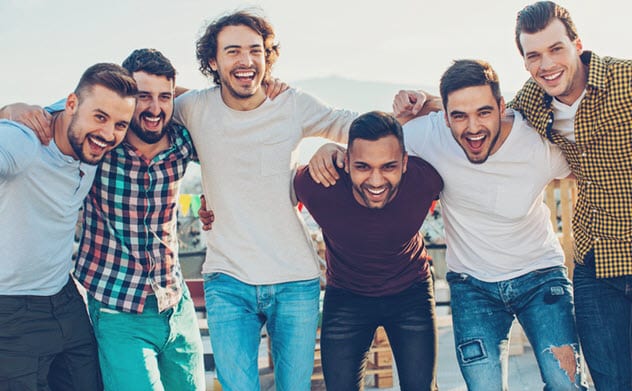 Entire books and gossip columns have been written on how to approach someone at a bar (or any other public gathering). Apart from facial cues and the type of setting, many other minor factors influence whether you’ll be getting the person’s number.

We’ll leave the full analysis of all elements to the experts. But according to science, we know of at least one factor that will increase your chances—being in a group.

In research conducted by psychological scientists from the University of California, participants were asked to rate 100 people on attractiveness. The pictures included people in a group as well as alone, though they were spaced out enough so that the participants didn’t notice any repetition. Overall, people in groups were found to be more attractive than those who were alone.

It may sound counterintuitive, but the researchers believe that it makes perfect sense. When you’re in a group, your face is seen in comparison to the other members of the group. This makes it more average than it would be usually.

You may think that being average would immediately lower your rating, though that’s only true for conventionally attractive people. For the rest of us chums, being in a group hides our otherwise unattractive features as they’re perceived in comparison to others.[3] 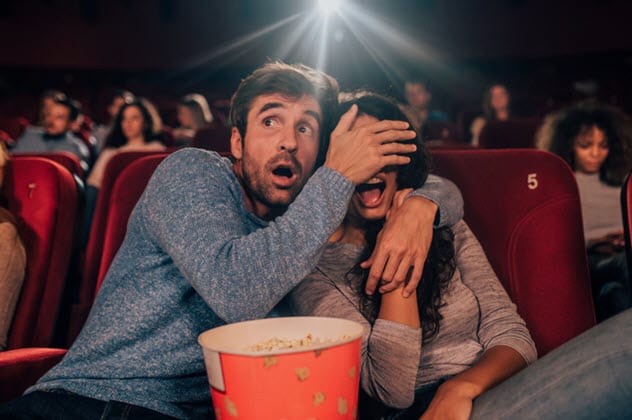 Even if we don’t know the scientific reasons behind it, a lot of us have intuitively used this at one time or another. Ever wondered why your dates at horror movies have a higher chance of succeeding than, say, at rom-coms?

Common sense would suggest that watching romantic scenes together would give you a higher chance of succeeding than staring at ghastly entities out to devour your soul. But we all know that’s not the case. So, what gives?[4]

According to many studies, the answer is simple. We tend to mistake feelings of fear for arousal, and it almost always works. In psychology, it’s creatively known as the misattribution of arousal. When we’re scared, our body exudes symptoms—like increased heart rate and shortness of breath—that are very similar to the ones we have when we’re sexually attracted to someone. 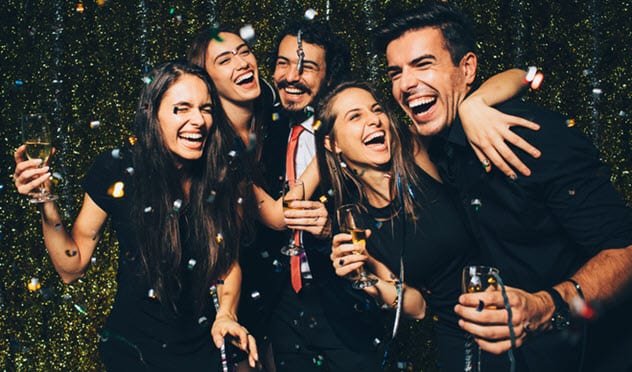 It’s common knowledge that the left and right hemispheres of the brain work in wildly different ways. Even if the extent of the difference between them and how it affects our overall personality is still not perfectly understood, we know that each side is responsible for a different type of brain function. What we don’t know, however, is that it also influences your chances of success while talking to someone in a public gathering.[5]

According to one study, if you approach someone at a loud club and speak into their right ear, you have a much higher chance of making that person listen than if you speak into the left ear. The researchers actually tested this in a club instead of a lab.

Their findings suggest that we’re much more receptive to things on our right side. We’re not entirely sure why it happens, though you could certainly use it to your advantage on your next visit to a loud concert. 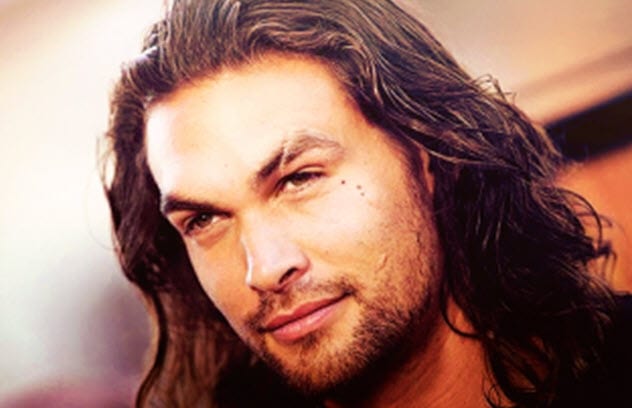 A huge part of the cosmetics industry is aimed at exploiting our insecurity about visible scars, especially on the face. Admittedly, different cultures have different opinions on scars. In Western society, they’re largely seen as indicators of unattractiveness. However, that’s only because we’re listening to the cosmetics industry and not actual science.

Studies have found that facial scars—at least in the case of men—are considered to be more attractive for women seeking short-term relationships. Even if we don’t hunt and fight for survival like we used to, women still associate scars with bravery on the battlefield and with survivability.

They also instinctively indicate higher levels of testosterone and genetic qualities, though the study was only conducted with short-term relationships in mind. Women may still want men without scars for longer-term commitments as that suggests that the men are more caring and empathetic.[6] 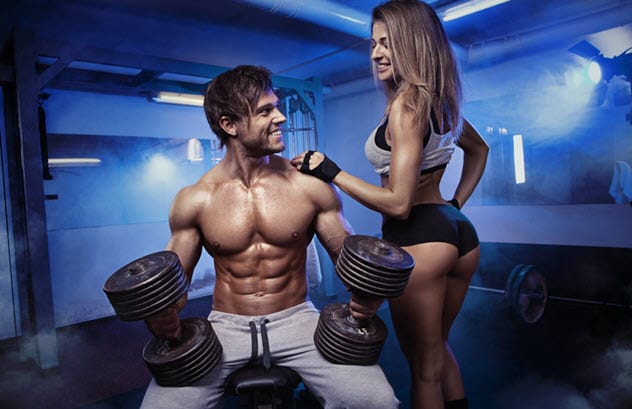 Sweat isn’t considered to be an attractive trait in any culture around the world as it comes with unpleasant side effects like body odor. People who don’t sweat a lot are still thought to be better mating partners than those who do for the simple reason that no one wants someone else’s bodily fluids in their space any longer than necessary.

According to science, though, sweat may actually make you more attractive. In a study published in The Journal of Neuroscience, researchers found that male sweat contains a pheromone known as androstadienone. It raises the levels of the cortisol hormone among women, which is responsible for sexual arousal and the activation of certain regions of the brain.[7]

Now we’re not saying that you should show up for your date in your sweaty gym clothes as personal hygiene is still an overpowering attractiveness factor. All we’re saying is that you’re much more attractive to the ladies at the gym than you realize. 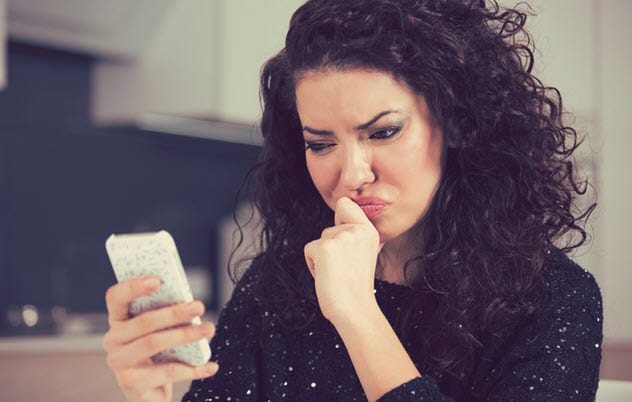 It’s no surprise that people tend to be more romantically attracted to you if the feelings are mutual. That works the other way around, too, as someone who’s not attracted to you will eventually make you lose interest in them. (However, that may also have to do with having no choice in the matter.)

It gets a bit unclear when you can’t tell if someone is interested in you. Anecdotal evidence suggests that it should make them much more attractive to you, and science confirms it.[8]

In one study done by researchers at the University of Virginia and Harvard, female participants were found to be attracted to men whose intentions weren’t clear. Surprisingly, the level of attraction was even higher than with men who had obviously shown interest in them. This suggests that the best course of action in a romantic pursuit is keeping things confusing.


2 Drinking Too Much Or Too Little 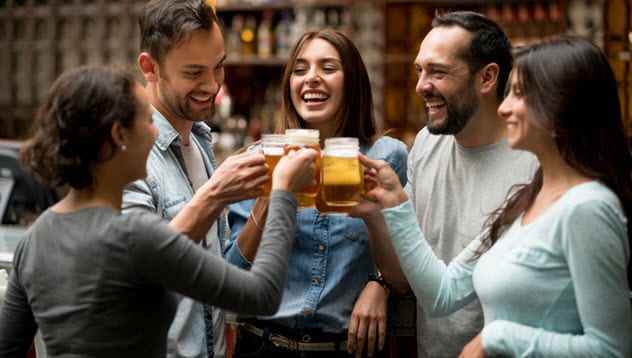 Ask anyone in college and they’ll tell you that drinking a lot of alcohol is the best way to find another person more attractive than he or she usually is. While we have no doubt about the veracity of that—despite a lack of scientific evidence—not much is known about how it works the other way around. How does drinking affect your own attractiveness for others?

If one study is to believed, the trick is to have just the right amount of alcohol. If you have too little, you’re (understandably) perceived as “no fun.” But having a lot isn’t good, either, as it’s associated with risky sexual behavior. According to the study at least, the perfect amount is somewhere around 250 milliliters (8 oz) of wine for an average-sized individual.[9] 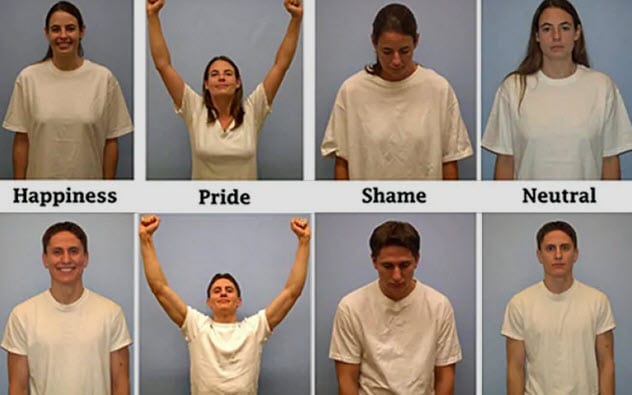 Popular wisdom says that smiling is a sure way to be more attractive than you usually are because it indicates friendliness and social adeptness. It makes sense, too, and conventionally unattractive people—like a lot of us online writers—have to resort to factors like that. According to science, though, we’re doing it all wrong.

At least for men, smiling is actually perceived to be a less attractive trait by women. It ties into the conventional stereotype of the brooding types being more appealing. But it also has to do with smiling being seen as a feminine and submissive trait. On the other hand, men find smiling women to be more attractive than their ever-serious counterparts.[10]

Read more surprising stories about attractive people on 10 Ways Being Attractive Can Work Against You and 10 Murdered Beauty Queens.