The well of original ideas seems to have dried up in Hollywood. For every original film there is a comic book / videogame / novel / stage play adaptation coming around to take the box office by storm. The most guilty culprit of killing original ideas is the remake; slap a fresh coat of paint on an old(er) film and turn it loose on the ADD generation, with flashy cuts and updated special effects, and watch it rake in the big bucks opening weekend. I know this is surprising but there actually are remakes that are very well done and manage to entertain. 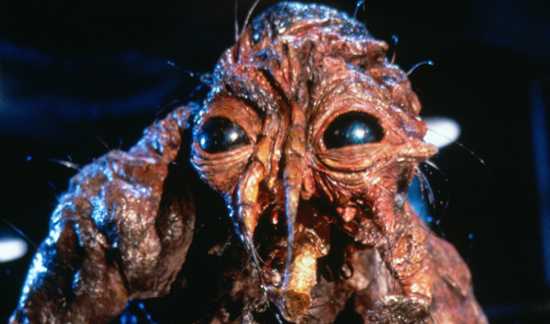 David Cronenberg creates the ultimate body horror with his retelling of the 1958 film. Casting Jeff Goldblum as tortured scientist Seth Brundle, and Geena Davis as the woman who loves him, was a stroke of genius (seeing as how the two were, at the time, a couple); Davis manages to convey the horror that the man she loves is becoming a gigantic human/insect hybrid with sincerity and believeability, so that we as, an audience, are feeling her pain. This film is brutal and disgusting, yet, in a strange way, also very endearing and heartbreaking. 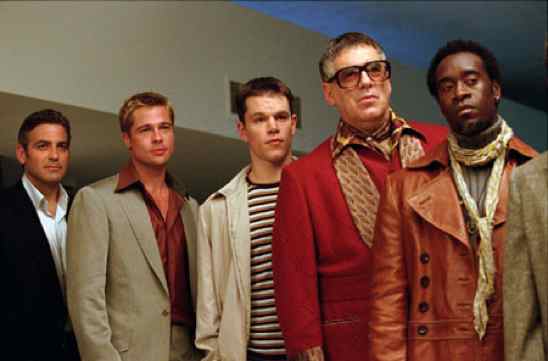 If anyone can pull off being as cool as Frank Sinatra it’s George Clooney, and he does it in spades. Steven Soderbergh manages to make an excellent ensemble heist movie which succeeds in giving equal development for every character. Clooney and Pitt are a duo that click better than most film partners, their chemistry is something extraordinary. The story flows at an excellent pace and the dialogue is extremely crisp and full of bite. While Ocean’s 12 wasn’t quite as good as the first, it managed to entertain until the much better Ocean’s 13 came out. 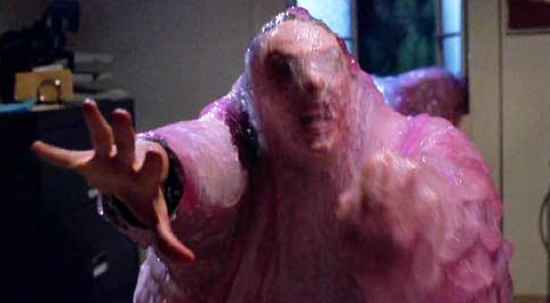 With a script from Frank Darabont (The Mist, Shawshank Redemption, Nightmare on Elm Street 3), and the direction of Chuck Russell (Nightmare on Elm Street 3), this film is a much more entertaining and worthwhile experience than the original Steve McQueen version, mainly because it twists the typical 50s scenario on its ear: instead of the jock being the heroic type, he becomes the second victim of the creature, leaving the fate of the town in the hands of the rebellious motorcycle riding teen (Pre-Entourage Kevin Dillon) and the goody two-shoes cheerleader (Pre-Saw Shawnee Smith). Darabonts script manages to be both horrifying and humorous at the same time, and all of the actors involved play it straight, never letting the hokiness become obvious. 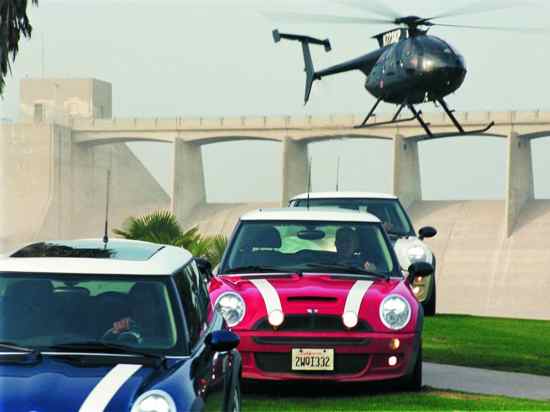 Making criminals fun was the thing in the beginning of the 2000s. With Ocean’s 11 making bank it was time to dust off another heist movie for the masses. Mark Wahlberg is actually an actor I enjoy, and in this movie he really has a great screen presence and is very charismatic, making me like his Charlie Croker character. Edward Norton plays slimy extremely, well but sometimes seems to be phoning it in (word on the street is this was his last film for Paramount due to contractual obligations, and his sleepwalking shows in some scenes). 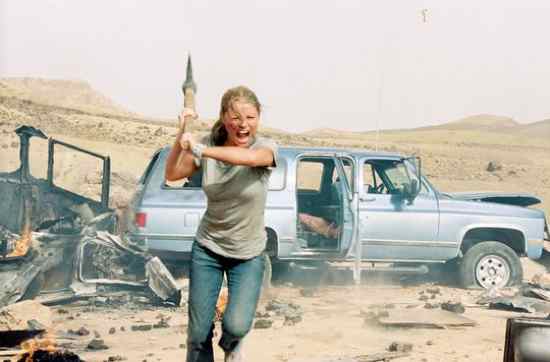 If ever a movie needed a remake it was Wes Craven’s version of The Hills Have Eyes; that film is boring and not even remotely frightening in any way, shape or form. Alexandre Aja, fresh off High Tension, took the original films idea of a family trapped in the desert being attacked by vicious cannibalistic mutants, and managed to ratchet up the freakiness from 0-60. Aja is a bit of a remake whore now (Mirrors, Pirahana 3D), but this film shows that he definitely has talent behind the camera. 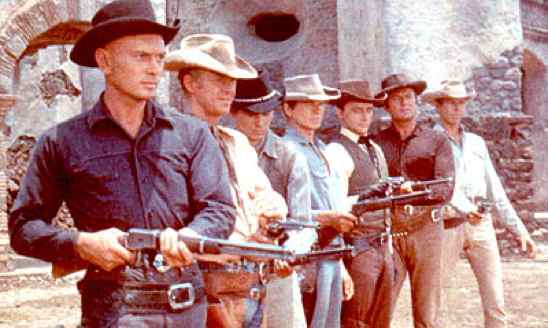 Turning The Seven Samurai into a western with a Eurasian actor in one of the lead roles may have sounded like the most ridiculous ideas ever, but John Sturges took the idea and ran with it, making one of the most action packed westerns ever to grace the silver screen. Featuring a veritable who’s who of badass stars, from Charles Bronson to James Coburn and the king of cool, Steve McQueen, this film packs a wallop and takes the viewer on a ride they won’t soon forget. 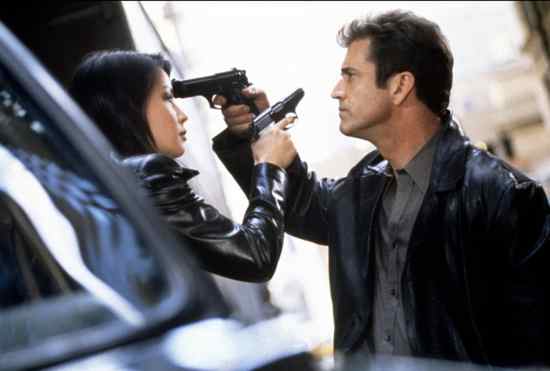 Few people are as badass as Lee Marvin, but Mel Gibson fills his shoes quite nicely in this remake of the adaptation of “The Hunter” by Richard Stark. Gibson has the gruff vocals of Porter down, sounding as if he chain smoked twelve packs a day for three months before shooting, and another six during. Brian Helgeland does an admirable job in the directors chair, though apparently his cut is radically different from the cut the studio released. Nonetheless this film manages to succeed in its attempts at neo-noir 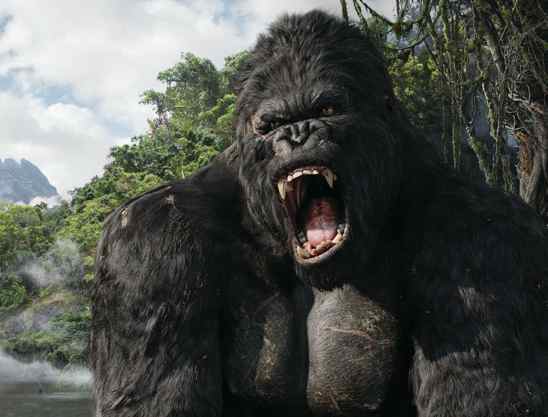 Peter Jackson has guts; he chose to remake one of his favorite films from childhood after releasing one of the most successful film trilogies in history and, upon its release, managed to divide a large amount of his fan base. Some feel this film is overlong and really should have been cut, while others actually prefer the directors cut released on DVD over the theatrical cut. I loved this film when I saw it in theaters and really felt that Jackson succeeded in bringing his vision of one of the saddest love stories to the screen.

2
Invasion of the Body Snatchers
1978

A fro’d out Donald Sutherland has to help save the world from an alien takeover alongside Jeff Golblum and Leonard “Stop Calling Me Spock” Nemoy. Filled with references to the original film (spot Kevin McCarthy foretelling of the invasion, just as he did in the original) and special effects that are actually still pretty amazing for this day and age, this film will keep people awake (as opposed to the two remakes that came after, which were boring as hell). 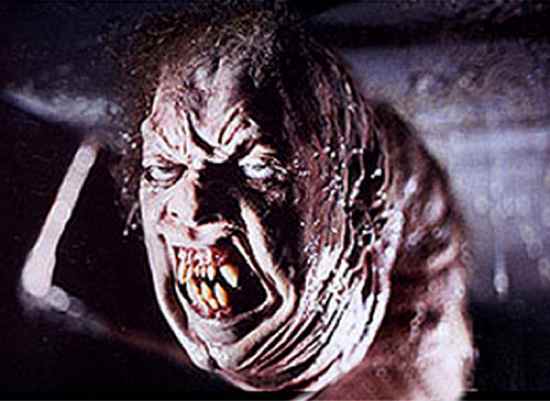 John Carpenter is a horror icon: no film shows this more than…Halloween. But, the film that shows he knows how to handle horror on a big budget is his re-imagining of the Howard Hawk’s freezing cold alien invasion film, The Thing From Another World (1951). Carpenters second outing with his muse Kurt Russell is a bloody, terrifying, paranoia filled classic that still freaks the crap out of me to this day. The reason it still freaks me out may have something to do with Rob Bottins stellar makeup effects, which hold up so well that they put CGI to shame with the things they can accomplish in camera, as opposed to in post production.

So, while there are remakes out there that suck (I’m looking at you The Hitcher, When A Stranger Calls, The Jackal, etc.) there are still plenty of remakes that are fun to watch and, in some cases, outdo the original film they are remaking.