Throughout time, plants have provided us with many things: Food, shelter, warmth, fuel, medicine, clothes, textile, entertainment and a love of nature. With many of the species of plants around today, toxicity is an important aspect that must be addressed – especially when the toxicity involves a plant you are already quite familiar with. I am proud to present to you a list addressing some common plants that also have a hint or two of toxicity. A list of the 10 Common Plants You Didn’t Know Were Toxic. 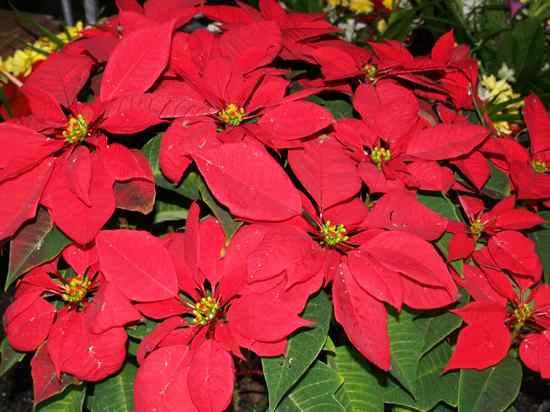 To start off, we have perhaps one of the most well-known ornamental plants, the poinsettia. Euphorbia pulcherrima is a plant native to the tropical, deciduous forests of Mexico, but has long been used as a symbol of Christmas. As you might have guessed, this is due to its distinctive red and green leaf combinations, although poinsettias can be cultivated to have a wide range of colors, from blue to pink.

It is a wide misconception that poinsettias are incredibly poisonous. This is not true. This, presumably, comes from the fact that most other plants in the Euphorbia genus are highly toxic. While ingestion can cause vomiting and diarrhea, exposure can cause temporary skin eczema AND contact with the eyes can cause temporary blindness, this is not always the case. POISINDEX, a major resource for poison control centers, says that it would take 500 brachts of the plant to cause poison to a 50 pound (22.68kg) child. Thus, our first entry on the list. 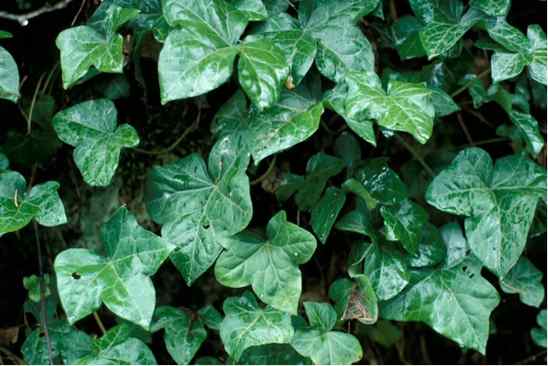 English Ivy is an extremely common plant, and is labeled as an invasive species in the United States. Its sale and distribution is even prohibited in the state of Oregon. This is due to its ability to create “ivy deserts” across landscapes. Hedera helix is even known to climb to the top of trees, causing them to topple. Though hard to control, it is often used by gardeners as an edge plant, or in the home as an intriguing house plant.

Young children are often victim to this plant’s poison, most likely due to its curious demeanor. Ingestion can cause delirium, stupor, convulsions, hallucinations and fever, and contact with its leaves can cause skin irritation, itching, rash and blisters. Kind of makes you wonder why it isn’t illegal where you are, doesn’t it? 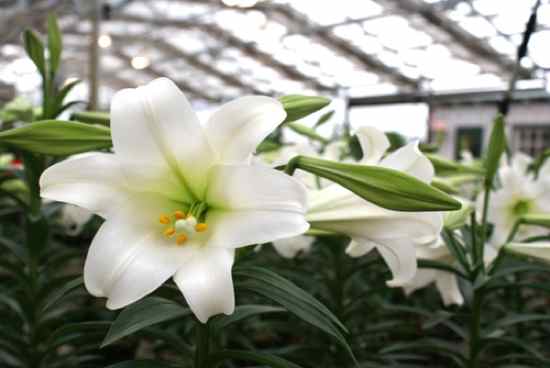 Easter lilies are a very common species in the Liliaceae family. Although native to the Ryukyu Islands of Japan and Taiwan, this lily is found in gardens all across the globe. Growing up to one meter (3.28 ft) in height, and bearing a number of trumpet shaped, white, fragrant and outward facing flowers, it is a keepsake to the art of gardening.

Easter lilies, although beautiful, are also poisonous, especially to cats, at an extreme level. It is also poisonous to humans due to the alkaloid Lycorine, found in the bulbs and stems. Symptoms of poisoning due to ingestion of Easter lily (likewise for almost all other true lilies) include abdominal pain, salivation, shivering, nausea, vomiting and diarrhea. Wouldn’t we all love a bit of that around Easter time? 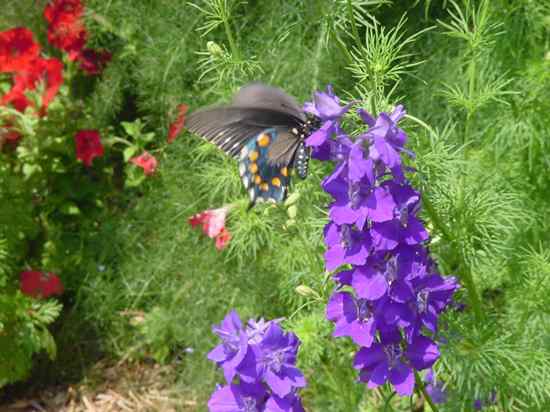 Larkspur is a member of the buttercup family Ranunculaceae, and is native to North America. It usually grows at higher elevations, and is often found on mountains. From 10 centimeters (3.93″), and in some alpine species, up to two meters (6.56 ft) tall, this plant is topped with a raceme of many flowers, varying in color from purple and blue, to red, yellow or white. Almost all species are toxic. Despite its toxicity, Delphinium species are used as food plants by the larvae of some moth species.

All parts of the Larkspur are poisonous. Due to their height, cattle are frequently poisoned by ingesting them. Many ranchers will delay moving cattle onto such ranges until late summer, when toxicity rates are the lowest. Symptoms of poisoning include burning of the lips and mouth, numbness of throat, intense vomiting and diarrhea, muscular weakness and spasms, weak pules, paralysis of the respiratory system and convulsions, which usually leads to death. Although it is a genuinely attractive plant to look at, it is best left alone. 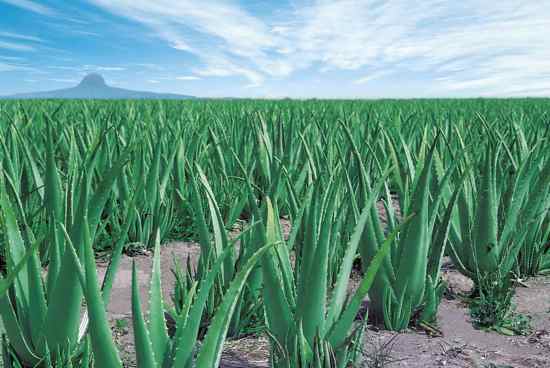 Aloe Vera is a succulent plant, recognized for its long, spiny, flower spikes, and yellow flowers, in terminal, elongated clusters. It has been used for thousands of years to treat burns. In addition, it has also been used to treat heartburn, diabetes and irritable bowel syndrome. It is also common practice for cosmetic companies to add sap or other derivatives from aloe vera to products such as makeup, tissues, moisturizers, soaps, sunscreens, incense, shaving cream and shampoos. It is not widely known, however, that it is, in fact, poisonous. The gel, which is NOT poisonous, inside the leaves, is covered in a thin layer of Aloin and Anthraquinone c-glycoside, which are very toxic. If eaten in large enough quantities, it is known to cause abdominal cramping, nausea and vomiting, diarrhea and red urine, though not due to blood. Breaking a piece off to sooth irritated skin is generally considered safe, with the exception of those sensitive to latex. 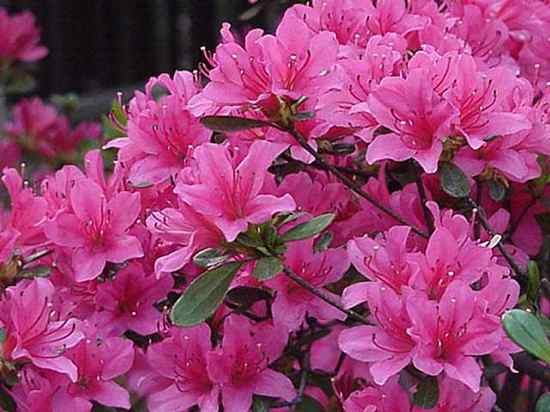 Azaleas are a very common plant, found in gardens all over the world. Its evergreen leaves and brilliant flowers make it an exceptionally attractive plant for many gardeners. Its flowers are white to deep pink, red, yellow, purple, blue and orange.

Despite its popularity, an underwhelming common knowledge of its toxicity exists. All parts of the Rhododendron are highly toxic, and may be fatal if eaten. Symptoms from ingestion include over-salivation, watering of eyes and nose, abdominal pain, loss of energy, depression, nausea and vomiting, diarrhea, weakness, difficulty breathing, progressive paralysis of arms and legs and coma, usually leading to death. How beautiful and attractive! 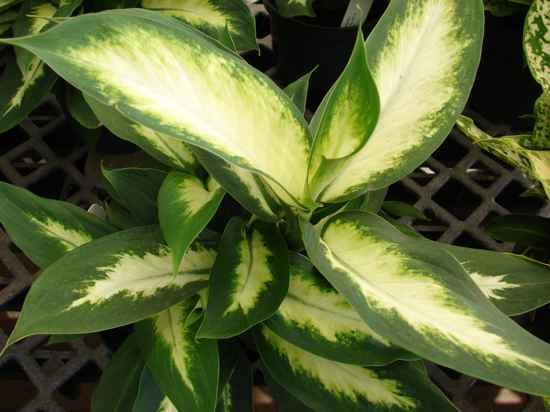 Dumb cane makes it to number four on our list due to its overwhelming popularity. Dieffenbachia is an extremely common house plant, and you’ve probably been to many homes where it resides. You might even have it in your house and not even know about its toxicity. Dieffenbachia contains oxalic acid, a sour acid which is also found in the tasty shamrock (oxalis). It also contains tiny needle shaped crystals called calcium oxalate. If a leaf is chewed, these crystals cause an extreme burning sensation in the mouth, throat and tongue. It is also known to cause temporary vocal cord paralysis, hence the name, ‘dumb cane’. While ingestion is not always fatal, victims describe it as excruciatingly painful and debilitating. In addition, other symptoms include excessive drooling, localized swelling, and difficulty in speaking and swallowing. Nausea, vomiting and diarrhea is also reported to occur. Think about that the next time you pass by this seemingly innocent-looking house plant! 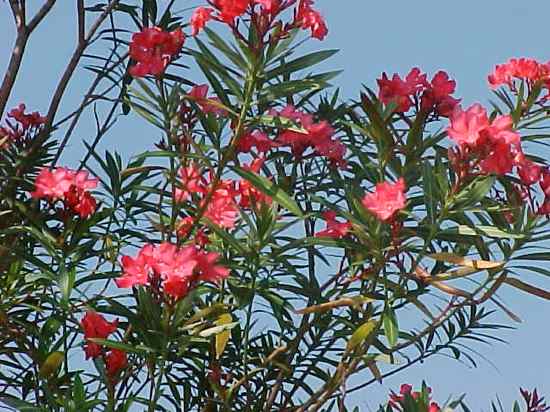 Oleander is a small, yet eye-catching plant, and its flowers are known to come in a wide assortment of colors. One aspect (perhaps already well-known) of the plant is its high level of toxicity. A single leaf consumed by an infant or child is often fatal. It is even known to hold its toxicity after drying. The symptoms experienced from the ingestion of this plant are horrific and terrifying, placing it third on our list. These include nausea, stomach pain, dizziness, drowsiness, poor circulation to extremities, seizures, tremors, collapse, slowed pulse, irregular heartbeat, pupil dilation, bloody diarrhea, coma, death and suicidal depression. Yes… you read that correctly. In Southern India, there are innumerable reported cases of suicide after consuming mashed oleander seeds. Think about that the next time you decide to throw a bit of oleander in your dumpling recipe! 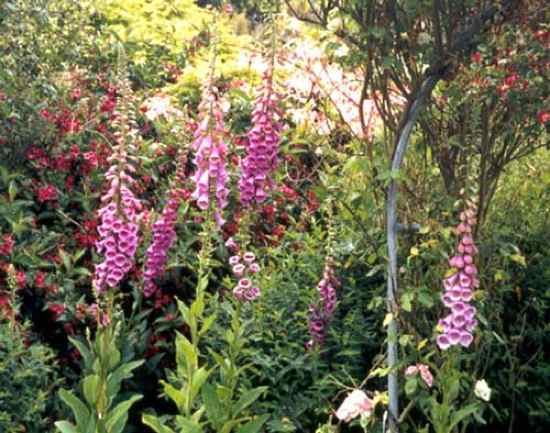 Foxglove is a beautiful plant that is common in many colorful gardens. Its scientific name, digitalis, means “finger-life” and refers to the ease with which the flower can be fitted over a human fingertip. These flowers, produced along a tall spike, are known to come in colors such as blue, purple, pink, white and yellow. They also sometimes possess various markings and spots inside the flowers. Foxglove is number two on our list for its beautiful, yet sinister appearance, distribution, and unrivaled toxicity.

Initially praised for its medicinal effectiveness with treating heart conditions, epilepsy and other seizure disorders, many of its uses are now considered inappropriate, due to its wide variety of adverse reactions. The entire plant is toxic, though the leaves of the upper stem are particularly potent. Just a nibble has the potential of causing death. Early symptoms of ingestion include nausea, vomiting, diarrhea, abdominal pain, wild hallucinations, delirium and severe headache. Depending on the severity of toxicosis, a victim may later suffer irregular and slowed pulse, tremors, cerebral disturbances (especially of a visual nature, such as colors appearing yellowish to green, and blue halos around lights), convulsions and deadly disturbances of the heart. Sadly, death is often at the end of many experiments with foxglove. 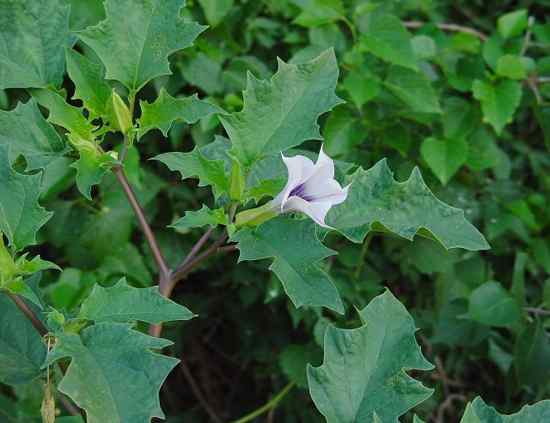 Finally, we have Datura Stramonium. This is a very common, and very attractive plant. It grows just about anywhere there is soil. It can sometimes lie dormant underground for years and suddenly germinate when the soil is disturbed. The plant is known for its trumpet-like flower, which is colored white to pink or purple, and its seed pod which is covered in many sharp thorns. A foul odor is secreted when any part of the plant is disturbed or broken. Draw your initial conclusions when you hear its many names – Devil’s trumpet, Devil’s weed, Devil’s cucumber, Hell’s Bells, locoweed, stinkweed, pricklyburr, thornapple, Jamestown weed, Jimson weed, tolguacha and Moonflower. It is a member of the deadly Nightshade family.

Datura was used as a mystical sacrament in North America by natives, and in South Asia, where Hindus believe Lord Shiva is often seen smoking Datura. It causes intense hallucinations and delirium. It’s unofficial name, Jamestown weed, comes from the town in Virginia, where British soldiers were drugged with it while attempting to suppress Bacon’s Rebellion. They spent eleven days appearing to have gone insane, as this suggests:

“The James-Town Weed (which resembles the Thorny Apple of Peru, and I take to be the plant so call’d) is supposed to be one of the greatest coolers in the world. This being an early plant, was gather’d very young for a boil’d salad, by some of the soldiers sent thither to quell the rebellion of Bacon (1676); and some of them ate plentifully of it, the effect of which was a very pleasant comedy, for they turned natural fools upon it for several days: one would blow up a feather in the air; another would dart straws at it with much fury; and another, stark naked, was sitting up in a corner like a monkey, grinning and making mows [grimaces] at them; a fourth would fondly kiss and paw his companions, and sneer in their faces with a countenance more antic than any in a Dutch droll.

In this frantic condition they were confined, lest they should, in their folly, destroy themselves – though it was observed that all their actions were full of innocence and good nature. Indeed, they were not very cleanly; for they would have wallowed in their own excrements, if they had not been prevented. A thousand such simple tricks they played, and after eleven days returned themselves again, not remembering anything that had passed.” – The History and Present State of Virginia, 1705

All parts of the Datura plant contains dangerous levels of poisonous alkaloids. It is often fatal when ingested by humans and animals, including livestock and pets. Datura intoxication typically produces a complete inability to differentiate reality from fantasy. Other symptoms reported include hyperthermia, tachycardia, bizarre and possibly violent behavior and severe mydriasis with resultant painful photophobia that can last for several days. Pronounced amnesia is another commonly reported effect. Because of the small window between dose and overdose, recreational use of datura stramonium is NOT advised. Overdose, more often than not, includes death.