Being a species of the genus known as Bestselling Novel, the Intellectual Thriller is not necessarily intellectual, nor is it much of a thriller, but I have chosen to use this particular denomination since calling it by its real name – which is Kind of Predictable Story about a Mystery that Involves Members of the Academia and Has an Actually Kind of Meh Ending – would obviously require typing too many letters over and over again. The Intellectual Thriller can take on several forms. First and foremost, there is The Intellectual Thriller with a Name-Dropping Title. Here, the mystery surrounds a Prestigious Historical Person. The Club Dumas by Arturo Pérez-Reverte and The Poe Shadow by Matthew Pearl are examples of such Intellectual Thrillers, along with another book whose title I choose not to mention, assuming that everyone is already tired of hearing it. You’re welcome. There is also a type of intellectual thriller where a Prestigious Historical Person is called upon to investigate a series of Gruesome Murders. Henry Wadsworth Longfellow, Sigmund Freud and Oscar Wilde may count themselves among those who have received this kind of treatment.

Other Intellectual Thrillers, like Diane Setterfield’s The Thirteen Tale or Scarlett Thomas’ The End of Mr. Y prefer to introduce a fictional literary figure/scientist, also inducing disappointment among the ranks of fans, who will then have to hear their local librarian’s answer of: “Never heard of him/her”. To spice things up, the authors sometimes throw in some elements of the supernatural. For instance, in one of the aforementioned books, the Love Interest (see number 5 on the list) turns out to be a demon – the “I fought alongside Lucifer, but we got kicked out” kind of demon.

All this is not to say that I’m joining the (bestselling) book burners. In fact, Intellectual Thrillers may be quite engaging and jolly good fun. However, it is of the utmost importance to keep in mind that the Renaissance was something that did not happen to Dan Brown. Based on my encounters with the genre and without any further ado, here are the 10 Elements of the Ultimate Intellectual Thriller. 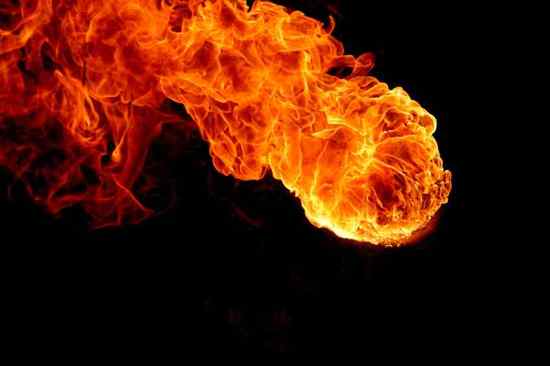 Any self-respecting Intellectual Thriller must begin with a Really Disturbing Occurrence. The nature of the occurrence is not crucial in itself, as long as it takes place on a campus or inside a museum or any other type of cultural institution. Thus, the Really Disturbing Occurrence may consist of a gruesome murder, several gruesome murders, an all-consuming fire, the collapse of a building or a toga party. Whatever its nature, it must be – as its name may suggest – really, really disturbing and described in lavish detail. Most authors seem to favor the gruesome murder, but in order to fully achieve the desired effect, I would like to suggest that the murder be committed during a toga party taking place inside a museum. 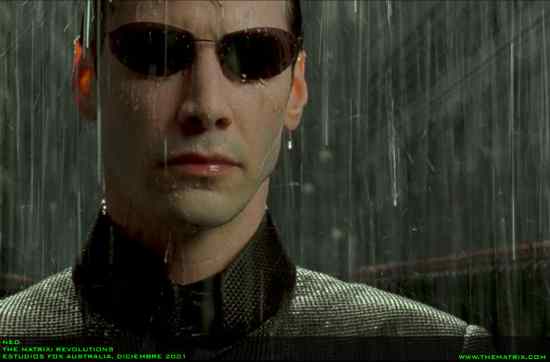 Element: The Chosen One

Being the protagonist of the Intellectual Thriller, the Chosen One is, in almost all cases, a member of the author’s own gender. Despite being the best looking and most intelligent thing around, the Chosen One is a shy loner devoid of any sort of fashion sense, whatsoever. Either in order to emphasize the Chosen One’s status as Chosen One, or in order to make him/her appear less like the result of a genetic experiment to produce the best looking and most intelligent thing around (or for both reasons), the author may choose to bestow upon him/her an oddly shaped scar or birthmark. Pre-Really Disturbing Occurrence, the Chosen One’s favorite pastime consisted of gently caressing the pages of an extremely rare mid-to-late 17th century French edition of Aristotle’s Metaphysics, and sighing as he/she contemplated the prospect of an intellectually rewarding, but unbearably lonely Academic existence. Post-Really Disturbing Occurrence, the Chosen One suddenly realizes that he/she is the only person who can possibly provide an explanation to the mystery. But first, he/she must speak to… 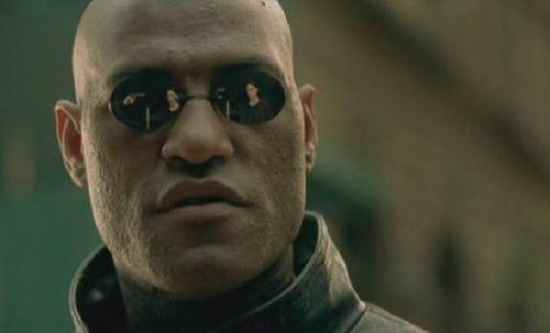 Preferably sharing the Chosen One’s (and author’s) gender, the Mentor is a kindly older specialist in the former’s field of study. The Mentor has always believed in the Chosen One’s potential and intellectual abilities. Pre-Really Disturbing Occurrence the Mentor liked to express his/her faith and confidence by having Chosen One carry his/her luggage, pass the sugar or retrieve his/her glasses from a second-hand bookstore downtown during rush hour. Post-Really Disturbing Occurrence, the Mentor is willing and ready to offer his/her advice. This advice must, by all means, be delivered in Oracle of Delphi fashion – though not as clear and straightforward, and sans toxic fumes. Thus utterly confused yet filled with confidence and hope, the Chosen One embarks upon… 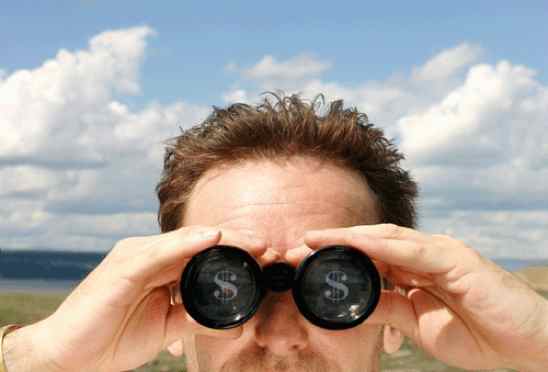 Element: The Search for No One Must Know for Sure What

This drags on for most of the novel and in order to keep the reader awake, it is necessary for the author to introduce… 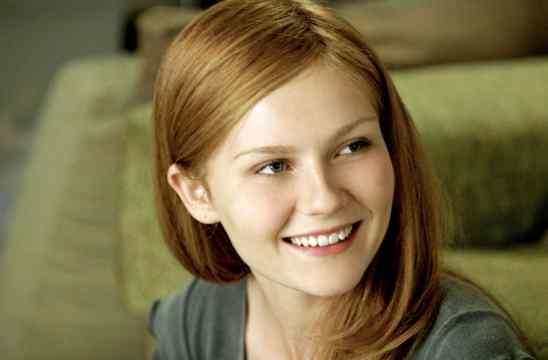 The Love Interest is easily identifiable, being the first person of opposite gender that Chosen One encounters during the story. Therefore, the author need not be bothered by minor matters such as character development. It is preferable for Love Interest to be an eager student, or a specialist either in Chosen One’s field of study or in a complementary one. Nevertheless, the Academic qualifications are not truly relevant, as it is by pure accident that Love Interest stumbles upon… 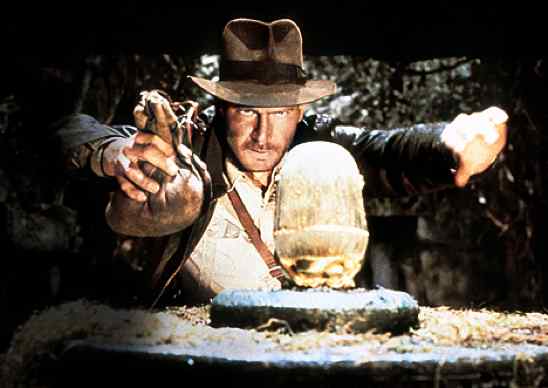 At a superficial glance, The Really Rare Item is the one object that could help solve the mystery. In reality, its role is to underline the depth of the romance between Chosen One and Love Interest. Now is the right time for the author to introduce a bit of seriously risqué dialogue, along the lines of:
Chosen One: “But I thought this type of incunabulum was but a legend, a dream… Do you suppose I could, you know, touch it?”
Love Interest: “Touch it? You can *have* it!”
C.O.: “Are you sure you want me to?”
L.I.: “Yes, take it! It’s all yours!”
C.O.: “But… It belongs in a museum!”
L.I.: “You’re quite right. Then again, it belongs wherever you say it does.” 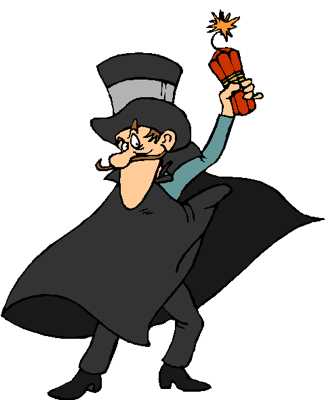 Element: The Mentor Turning Out to Be a Supervillain Who Was Actually Behind All of This All Along

Completely unashamed to barge in on such an intimate conversation, the Mentor suddenly steps up holding an antique weapon – an object which is to be described in utmost detail by the author – and snatches the Really Rare Item. Chosen One and Love Interest take a moment to assess the situation, then conclude that the Mentor just Turned Out to Be a SuperVillain Who Was Actually Behind All of This All Along. The Chosen One vocalizes his/her disillusionment with the Mentor’s treacherous ways, omitting all possible mentions of his/her own gullibility. 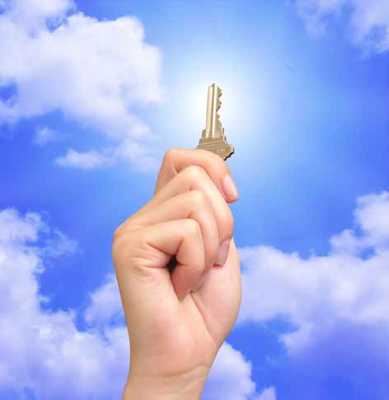 Element: The Key to the Mystery

Quite sure of his/her victory, The Mentor is struck by a severe case of verbal incontinence. The next 50 pages or so are therefore dedicated to the Mentor revealing how he/she had orchestrated the Really Disturbing Occurrence in order to obtain the Really Rare Item without actually having to search for it. (That being Chosen One’s task). 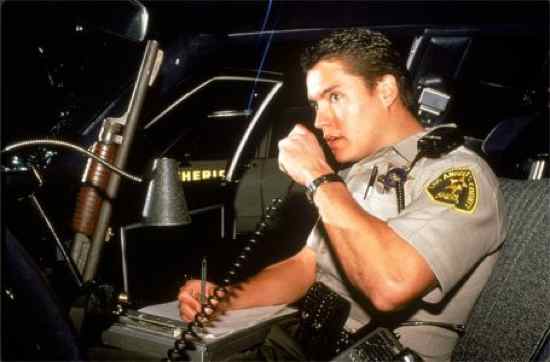 Unfortunately for the Mentor, the Police had arrived just in time to listen to the entire confession and had managed to somehow remain unheard and unseen during the whole of the 50 pages. They reveal themselves right at the end of the confession, disarm the Mentor and respectfully escort him/her to the Police vehicle. 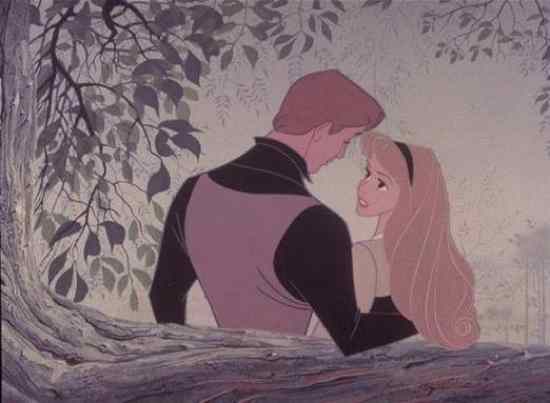 As befits common sense, logic and professional regulations, the Police allow the two main witnesses – and possible co-suspects – to simply walk away. Thus, Chosen One and Love Interest step out into the sunlight and continue the conversation that the Mentor had interrupted. A lot of wink-winking and nudge-nudging is involved. In case you were wondering, the Really Rare Item does end up in a museum.