Professional Boxing is known as the “Sweet Science”, but corruption, a lack of a central governing body and the rise of MMA have threatened to end this glorious sport. Mega fights still bring in huge revenues, but they are few and far between. We take a look back at 10 events which have contributed to the downfall. 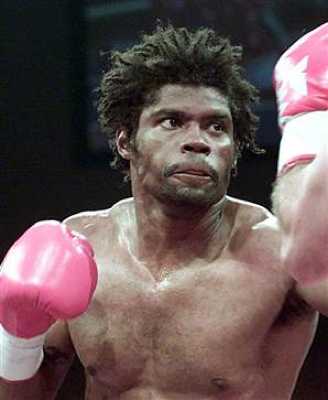 Butler was a very promising young fighter from New York City, known by the nickname “Harlem Hammer”. In November 2001, James Butler fought Richard “The Alien” Grant. The bout was a charity event to benefit survivors of the September 11 attacks. After losing by unanimous decision Butler made his way to the middle of the ring to purportedly congratulate Grant. Grant reacted by stretching his hand out in a motion to embrace. Instead, Butler (who had already removed his gloves) threw a vicious haymaker to Grant’s face. Richard Grant suffered numerous facial injuries including a broken jaw, lacerated tongue and several stitches. Butler, in turn, was arrested and convicted of assault, and served prison time for the attack.

Unfortunately, the tale does not end there. James Butler continued his career after this incident, but could never duplicate his earlier success. In October of 2004, Butler was arrested and charged with murdering Sam Kellerman, brother of HBO Boxing analyst Max Kellerman, with (ironically) a hammer, and setting his body on fire after a dispute. Butler pled guilty in 2006, and was sentenced to 29 years in prison. 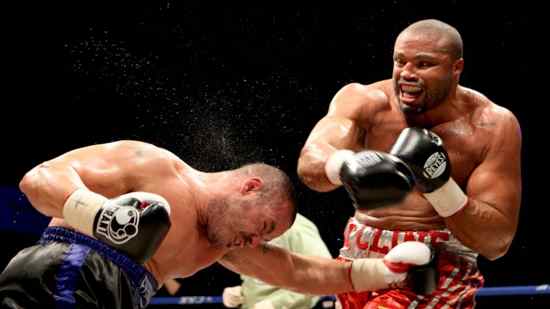 Polish born Andrew Golota entered the ring on July 11, 1996, with an exceptional 27-0 record and on the cusp of Superstardom. All he had to do was get past the 38-1 former Undisputed Heavyweight champ, Riddick Bowe. Golota responded with a brilliant performance. The Polish sensation clobbered the ex-champ round after round, almost into submission. He was well ahead on points and seemingly close to scoring a knockout.

In the 7th round, the fight began to take a very strange turn. Golota (for reasons known only to himself) commenced to blatantly and repeatedly punch Bowe below the belt line. Golota was warned several times and even received point deductions, but his behavior continued. After several more flagrant low blows the referee was forced to disqualify him. Riddick Bowe’s corner responded by rushing the ring and viciously attacking Golota and his team. This triggered a full scale, racially charged riot, which spilled into the stands. MSG security was not equipped to handle a massive brawl and had to wait for New York riot police to arrive. Reinforcements finally arrived but not before dozens of fans, boxing personnel and police were injured in this disgraceful and bizarre incident. 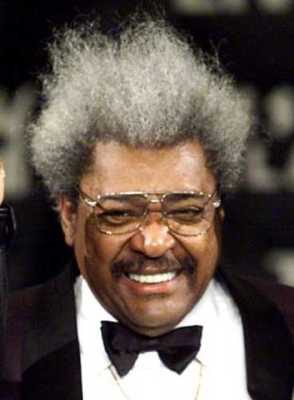 Not just anyone can own a professional football franchise. Not just anyone can own a baseball franchise. Anyone can promote a fight, even a convicted killer and numbers operator from Cleveland. In 1974, Don King very shrewdly promoted his first professional fight. It turned out to be the famed Ali vs Foreman “Rumble in the Jungle” in Zaire. This mega-event instantly transformed King into a major player in boxing for the next 30 years.

But, unfortunately the major player likes to play dirty; King’s many exploits are infamous. He has perpetrated fraud after fraud on any and all promising young fighters to join his stable. King has been implicated in: murder, bribery, theft, bookmaking, breaches of contract, and mafia assisted racketeering. Larry Holmes once said, “Don King wears his hair like that so he can hide his horns”.

7
Sonny Liston and the Mob 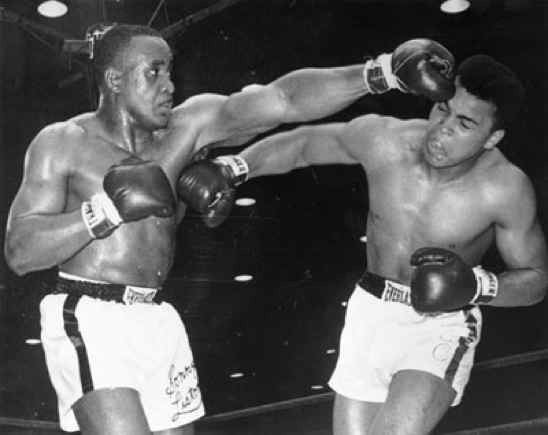 By all accounts Liston had a woeful childhood. Extremely poor and physically abused, Liston left home at an early age and participated in numerous violent crimes. While incarcerated, his boxing skills were discovered and, soon after his release, he began destroying a string of opponents on his way to the Heavyweight title. Liston’s incredible prowess caught the attention of several mafia associates including, Frankie Carbo and “Blinky” Palermo.

By the time Sonny Liston fought a young Cassius Clay on May 25, 1965, many in the press already suspected that Liston was controlled by the mob. He nevertheless participated in one of the most obvious fixes in sports history. In the very first round, Liston took a dive and allowed himself to be counted out after Clay threw his famous “Phantom Punch”. Slow motion review shows a quick combination that seemingly misses, or at best only grazes, Liston. Coincidentally, their first fight also ended controversially when Liston refused to come out of his corner for the 7th round, claiming a shoulder injury. Sonny Liston would die 5 years later, under very suspicious circumstances. 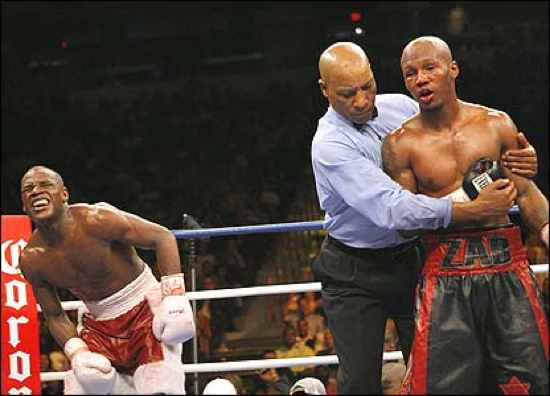 A very rare event occurred on March 17, 1990. On this night two undefeated champions, who were both in the same weight class and who were both in their prime, fought each other. Julio Cesar Chavez who was 68-0 (and promoted by Don King) met undefeated Olympic gold medalist, and welterweight champ, Meldrick Taylor. Chavez was the favorite but it was Taylor who dominated the fight from the opening bell.

In late going Taylor’s trademark speed was beginning to wane but he still held a commanding lead on all scorecards going into the final round. Moments before the end of the match, Chavez scored a knockdown but Taylor rose to his feet quickly. Had the fight continued, Taylor would have still won by unanimous decision, but it was not meant to be. The bout referee, Richard Steele, stopped the fight with a mere 2 seconds left, and awarded the victory to Chavez. There were immediate protests from Taylor’s camp, but the Nevada State Athletic Commission (whose integrity has been routinely called into question) upheld the decision. Taylor’s career and health were subsequently ruined and Steele, who notoriously favored Don King fighters, forever tarnished the sport. 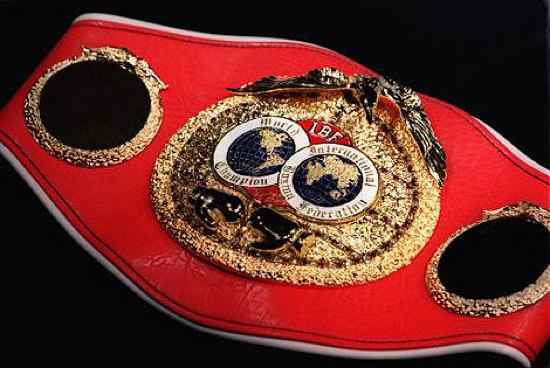 In November 1999, IBF president Bob Lee Sr. was indicted and convicted on numerous racketeering charges. Lee was conspiring with his rankings chairman, C. Douglass Beavers, to rig the rankings system to favor boxers whose promoters and handlers paid them cash bribes. The duo routinely took hundreds of thousands of dollars from the likes of Don King and Cedric Kushner, in return for artificially inflating the rankings of their fighters. Promoters who didn’t pay didn’t see title fights. The result was: a completely corrupt system which was not in any way based on merit. Another black eye for boxing.

4
Boxing’s not so Golden Age 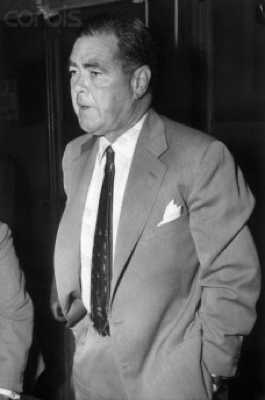 James D. Norris was a very wealthy and extremely powerful man in the mid 20th century. He owned many companies and was heavily involved in the sports world, including owning a National Hockey League franchise, a major stake in Madison Square Garden and champion racehorses. Jim Norris was also a very unsavory individual and was widely known to associate with criminals. As president of the International Boxing Club, Norris had a virtual monopoly on championship fights, due to a lucrative contract the IBC had to broadcast fights on national television.

Jim Norris was personally responsible for fixing numerous bouts, including: Harry Thomas vs Max Schmeling in 1937, and Jake Lamotta vs Billy Fox in 1946. His corruption knew no limits. Besides match fixing he was also unofficially managing many boxers (usually against their will) and persuading them to hire his associates as advisers. Norris’ actions perpetuated a chain of farce’s which were passed off as competitive bouts to an unsuspecting public, and helped erode boxing’s integrity. Many people remember a young Roy Jones Jr. being robbed of a gold medal by corrupt Olympic judges, but few remember an even uglier incident that preceded it. New Zealander Keith Walker was officiating a bantamweight bout between Byun Jong Il of South Korea and Alexander Hristov of Bulgaria. The fight was an ugly foul-filled affair and Walker had to repeatedly penalize Jong for head butting.

At the conclusion of the fight, Hristov was announced the winner but this only incensed Jong’s countrymen. Numerous South Korean boxing officials and coaches stormed the ring and viciously attacked referee Keith Walker with punches, kicks, bottles and even chairs. The terrified Walker barely escaped serious injury and headed directly to the airport and took the first plane back to New Zealand. Shamed and embarrassed, the Korean Boxing Federation president and the president of the Korean Olympic Committee both resigned after this deplorable incident.

2
The actions of Panama Lewis At one time Carlos “Panama” Lewis was a world class trainer, his character, on the other hand, was anything but world class. Despite already being under a cloud of suspicion for allegedly giving his boxers water spiked with illegal stimulants and for gambling on fights that he was involved in; Panama Lewis concocted a wicked plan for his fighter, Luis Resto. Resto was nothing more than a journeyman fighter, or simply a professional opponent when he took on undefeated rising star Billy Collins Jr, on June 16, 1983

Knowing Resto was overmatched, Panama and another trainer removed padding from Resto’s gloves and poured an illegal hardening agent on his hand wraps. Luis Resto proceeded to brutalize his unsuspecting opponent for 10 rounds. After being declared the winner, Resto approached Collins’ corner. Collins’ father, who at that point was suspicious of Resto’s new found power, touched Resto’s hand and immediately notified ringside officials. The gloves and hand wraps in question were confiscated by the state Athletic Commission and both were brought up on charges. Panama Lewis and Luis Resto both had their licenses permanently revoked and were given prison sentences. Sadly, Billy Collins Jr. would never fight again, his once promising career shattered by the injuries he received. Collins Jr. was dead less than one year later, a suspected suicide. 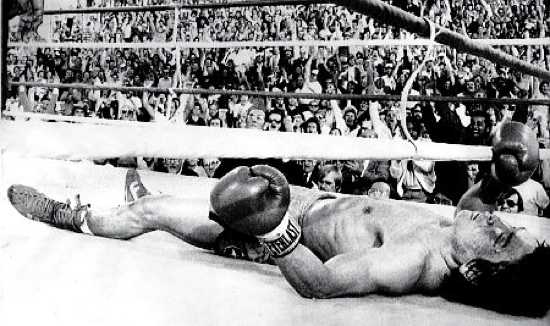 A superstar in South Korea, Kim had risen all the way to the number one lightweight contender and earned a world title shot against the famed Ray “Boom Boom” Mancini, on November 13, 1982. The bout was extremely brutal, especially for Kim, who had begun to wear down in the latter rounds after absorbing tremendous punishment from the champion. In the early part of the 14th round, Mancini hit Kim with a crushing right hand that caused him to fly toward the ropes and hit his head on the canvas.

Kim managed to rise but the fight was stopped by the referee. Minutes later Duk Koo Kim collapsed into a coma and was carried out of the ring and taken directly to the hospital. Tragically, the Korean star died 4 days later from severe brain trauma. Out of the hundreds of recorded ring fatalities, Kim’s death was one of the saddest. Kim’s opponent, Ray Mancini, would never again be the same caliber fighter, and it was widely reported that he blamed himself for Kim’s death. Kim’s mother committed suicide three months after her son’s death by drinking a bottle of pesticide. The bout’s referee, Richard Green, consumed by guilt, also committed suicide shortly after the fight.