The two poles are at extreme opposites of the planet, and many of their features are also polar opposites. This list looks at ten of the most significant differences between two of Earth’s most inhospitable areas. Feel free to mention others in the comments. 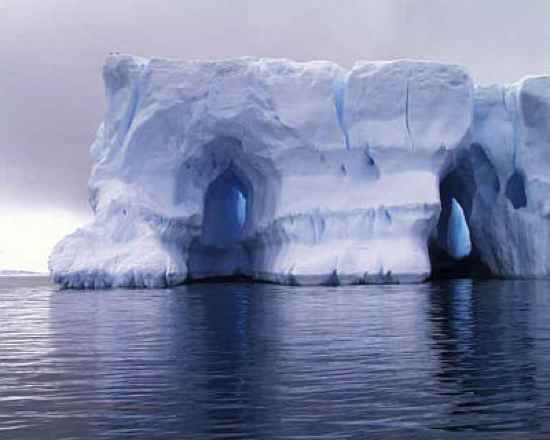 The arctic area is located in the North Pole region and has a natural melting cycle during which almost half of the ice shelf melts away in summer, only to freeze again in winter and come back to its original size. During winter, the arctic ice shelf has a surface almost equal to that of the US. However, an unsettling study has recently revealed that the 3.5 km thick ice shelf from Greenland is melting away so fast that half of it could disappear by the end of the century. Other studies suggest that the whole Arctic region could become iceless during summer, in less than a century.

On the other hand, the Antarctic region, or the South Pole, does not show the same regular melting cycle because its ice shelf has almost the same size and shape throughout the twelve months. Recent studies have also shown that the Antarctic region is melting away as well, not because of natural processes, but because of the global warming effects. Should all the ice from the South Pole melt in one day (which won’t happen in the near future), the seas and oceans would rise by 60 meters, specialists say. Interestingly enough, the Arctic region melts faster because it is submerged and the ocean currents accelerate the process, whereas the Antarctic region is made of stony bedrock which is less, or not at all, influenced by such phenomena.

9
Hole in the Ozone Layer 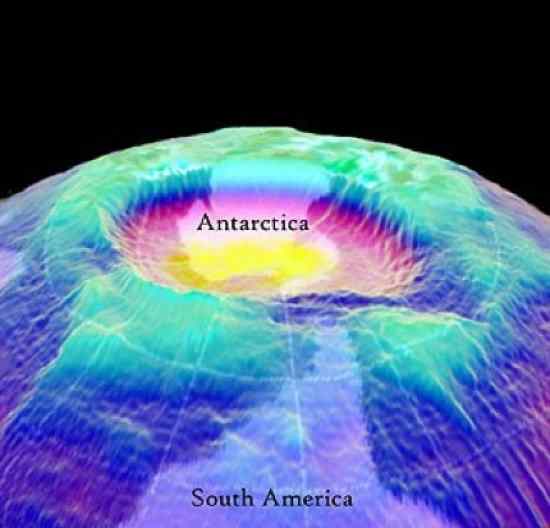 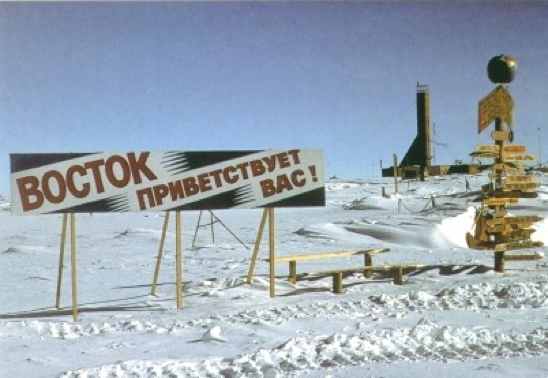 The South Pole is much cooler than the North Pole. Actually the Antarctic temperatures are so low that snow never melts in some parts of this continent. The average yearlong temperature of this region is -49˚ Celsius, which makes it the coldest place on Earth. In contrast, the average winter temperature in the Arctic region is -34˚ Celsius, and goes up by a few degrees during summer.

The lowest temperature ever recorded on Earth was -89.6 ˚Celsius and was reported at the Vostok Base, near the geomagnetic South Pole. The Arctic region is an ice shelf and this is what makes it more vulnerable to climate changes. 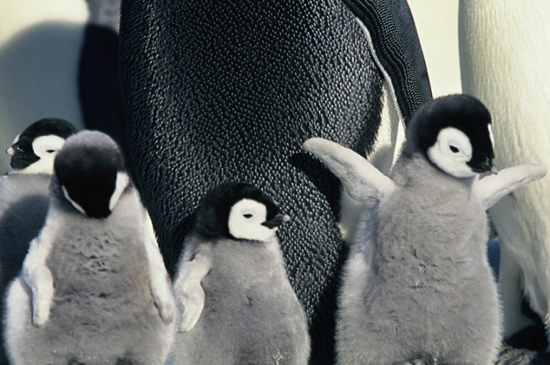 Most people think that polar bears and penguins share the same habitat. However, this is a false idea rooted in commercials and post cards. Penguins actually live in the southern hemisphere only, this means in the Antarctic region, where they have no natural continental predators. If penguins and polar bears lived in the same region, then polar bears wouldn’t have to worry about their food source.

But they don’t, therefore penguins have evolved into flightless birds and adapted their wings into flippers, which come in very handy when performing various nautical maneuvers. On the other hand, polar bears are the largest land predators and an endemic species of the northern hemisphere. They rule over the icy northern area of the Arctic Ocean and feed on seals, sea cows and sometimes even on stranded whales. 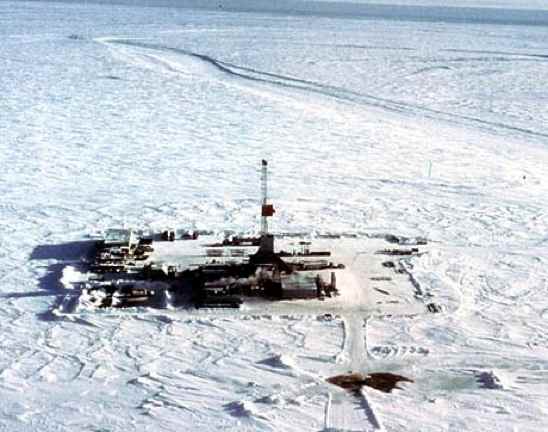 Almost half of the world’s remaining oil deposits lie under the ice from the northern part of the Arctic Circle, according to estimates published by the US Geological Survey. For this reason, Russia is already claiming a monopoly over a large part of the Arctic region, thus hoping to exploit the deposits from the Lomonosov ridge, an aquatic protuberance from under the Arctic Ocean. It stretches over more than 1,800 km and allegedly hosts up to 10 billion tons of crude oil.

The US is also claiming its part, and is sending ice breakers to mark the US territory near Alaska. It is thought that oil deposits exist under the continental crust of the Antarctic region as well, such as the Ross Sea, but the Treaty of the Antarctic strictly forbids any oil exploitation activities in the region, for the time being.

Despite symbolic images featuring daring explorers triumphantly digging flags in the ice of the South Pole, the Antarctic continent is the only place on Earth that belongs to nobody. No traces of indigenous people have been discovered yet, and the region is governed by the Treaty of the Antarctic, which stipulates that the territory itself, and its resources, should be used solely for peaceful and scientific purposes.

In contrast, more than four million people live inside the Arctic circle, both in small villages and in towns, such as: Barrow, Alaska; Tromso, Norway; Murmansk and Salekhard, Russia. People rarely set foot on the Antarctic territory and they do so only on research and scientific grounds. 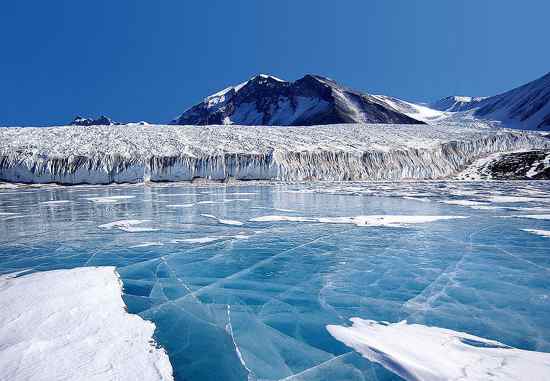 The southernmost continent of the planet hosts 90% of all the ice on Earth, which makes up for 3/4 of the global freshwater reserves. Due to this fact, some have even considered the idea of cutting large chunks of ice and using them for quenching the thirst of arid areas. In fact, Prince Mohammed-al-Faisal of Saudi Arabia even planned to dislodge a 100 million ton iceberg from the Antarctic region, and take it to the Arabic Peninsula. In comparison, the North Pole has far less ice then the South Pole. 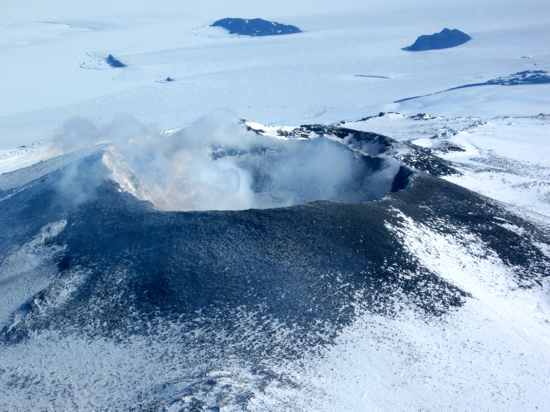 The Arctic region is basically a frozen ocean. In contrast, Antarctica is a continent in itself, based on bedrock and various landforms, such as mountains, valleys and lakes, all surrounded by the ocean. In fact, Antarctica is home to the famous active volcano Mount Erebus (pictured above).

Ironically enough, from a social and political standpoint, the Arctic region, which is made up of ice only, is the place where the interests of many countries converge: Canada, Greenland (part of Denmark), Russia, Iceland, Norway, Sweden, Finland and the United States. As stated before, the South Pole belongs to no country, and it has never been colonized nor populated by Eskimos. 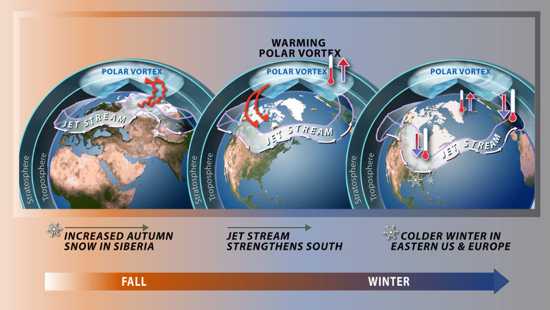 An interesting phenomenon occurs near the geographic poles of the Earth, namely the polar vortex, which is a massive cyclone forming near the vertical edges of the planet. Polar vortexes are located in the middle and upper parts of the troposphere and the stratosphere.

They surround the polar areas and are part of the so-called “polar front” – the climate boundary between the polar area air masses and the neighboring warmer areas from both hemispheres. The Antarctic polar vortex is stronger and lasts longer than the Arctic one. This is due to the large land regions concentrated in the high latitude areas of the northern hemisphere, which create the Rossby atmospheric waves, thus diminishing the intensity of the vortex. In contrast, there are not too many factors able to influence the vortex from the South Pole. 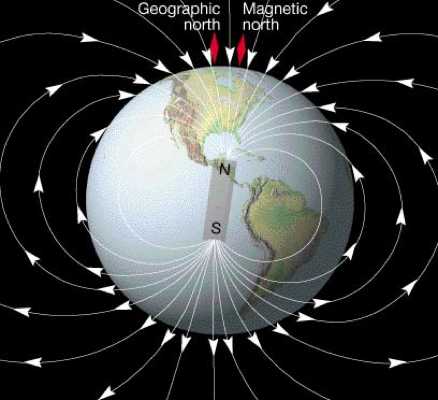