This is a List of 10 Modern Dictators who were, or are, amazingly insane. As the old saying goes, “Absolute Power Corrupts Absolutely”. These dictators imposed their eccentricities upon their country, while ignoring poverty and/or killing opponents. This article was updated in 2019 to include additional content. 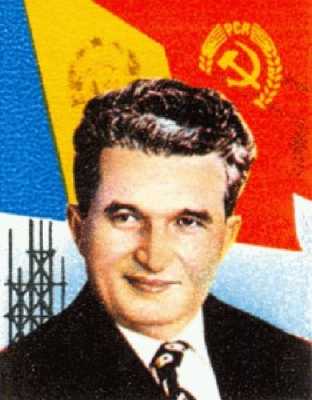 Nicolae Ceausescu was the General Secretary of the Romanian Communist Party from 1965-1989. He made a scepter for himself (Isn’t Communism Anti-Monarchy?), and called himself “The Genius Of The Carpathians”. He obviously wasn’t a fan of modesty. He demanded that his, nearly illiterate, wife be made part of the New York Academy of Sciences and the Royal Institute of Chemistry, and all scientists in Romania had to include her name in their research. He claimed that his son, Nicu, had published several volumes on Nuclear Physics. He built a palace so huge that today’s Romanian Parliament can only use 30% of it. He met his end when he and his wife were overthrown and executed by revolutionaries. 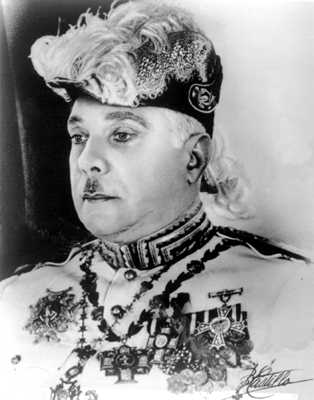 Rafael Trujillo was dictator of the Dominican Republic from 1930 to 1938 and again from 1942 to 1952. Trujillo was one of the many dictators that thought that he was God. He ordered that all churches put up a sign that read, “ God in Heaven, Trujillo on Earth.” He organized a $30 million event called the “Fair of Peace and Fraternity of the Free World”, where he appointed his daughter as Queen. He appointed his 3-Year old son as a colonel. He campaigned for his wife to be awarded the Nobel Prize for Literature, even though she was illiterate. He made a law requiring that all license plates say “Viva Trujillo”, and finally promoted his son (still very young) to General. He was finally killed in 1961, by a group of about 11 people, and his family was forced to leave the Dominican Republic. 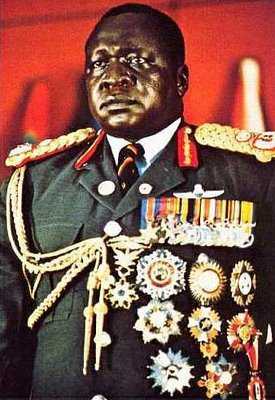 Idi Amin Dada was dictator of Uganda from 1971-1979. Amin reportedly ate dissidents to his regime, or fed them to his pet crocodiles. Some of his titles were “Conqueror of the British Empire”, “President for Life”, and others. He banned all Asians from Uganda because the daughter of an important Asian family refused to marry him. He also claimed to be the King of Scotland, and apparently wrote love letters to Queen Elizabeth. He fled to Libya after the demise of his regime, then to Saudi Arabia, where he died in 2003. 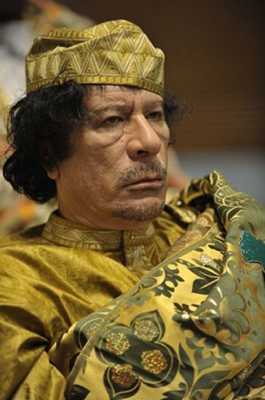 Muammar Qaddafi is the dictator of Libya. Qaddafi took power in 1969 in a revolution, and is still ruling. After three years with the title “Prime Minister” he changed it to “Brother Leader and Guide of the Revolution”. All his bodyguards are female virgins, and he claims that Libya is run through a direct democracy. He has possibly the weirdest fashion sense of everybody here, for example when he wore a traditional Islamic dress with sunglasses. He blames Osama bin Laden and drugs for the 2011 Libyan Civil War, and once claimed that he conquered the U.S. He banned all Italians from Libya in revenge for the colonization of Libya during WWII. He once gave a speech in Italy, to only women, on why Europe should pay him 5 Billion Euros. He also despises Switzerland, and wrote a UN resolution on why Switzerland should be dissolved. Also, on his relations with the UN, he once gave a speech for two hours, during which he expressed support for Somali Pirates. He claimed that Israel was responsible for JFK’s assassination (Yeah, right), and once called Barack Obama “My Son”. He was only allowed a 10 minute speech. 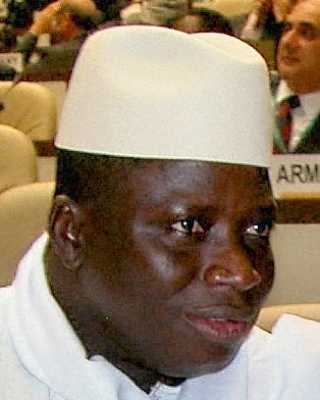 Yahya Jammeh has been dictator of The Gambia since 1994, and has since claimed to have mystical powers. The Gambia sponsors Witch Doctors, who have abducted about 1,000 Gambians on charges of witchcraft. He intends to have a policy in The Gambia “Stricter than those in Iran”. His official title is “His Excellency Sheikh Professor Alhaji Dr. Yahya Abdul-Azziz Jemus Junkung Jammeh Naasiru Deen”. He claims to have discovered the cure to AIDS/HIV. He claims that The Gambia was formerly the largest country in Africa. In his own words, this country is one of the oldest and biggest countries in Africa that was reduced to a small snake by the British government who sold all our lands to the French.” 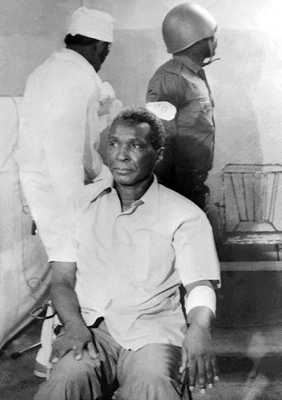 Francisco Macias Nguema was President of Equatorial Guinea from 1968-1979, his reign ending after being overthrown by his nephew, Teodoro Obiang Nguema, who is the current dictator of Equatorial Guinea. Nguema (The Uncle) closed down hospitals in favor of his Witch Doctor Ancestry. He banned the word “intellectual” and banned fishing. He changed the national motto to “There is no other God than Macias Nguema.“ He killed the head of the national bank and hid all the money of the National Treasury in his house. On Christmas, 1975, he ordered 150 opponents executed in a football field to the tune of “Those Were The Days”. His reign of terror and insanity was finally over when he was executed by firing squad “101 times”, and was replaced by a slightly less insane, evil and strange dictator. 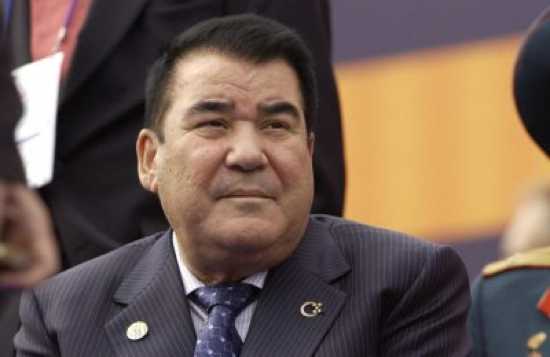 Niyazov was the President for Life of Turkmenistan from 1990-2006. He is most famous for naming months after himself, his family and his books. He renamed bread after his mother, and built a huge Ice Castle in the middle of Turkmenistan, a desert country. He banned make-up, gold teeth and lip syncing at concerts. He demanded that his book be given equal status as the Quran in Mosques, and all Turkmen currency has his picture. All employees must memorize the book to keep their jobs, and you could not get a driver’s license unless you memorized his book by heart. Turkmenistan is a one-party state with (of course) no opposition. As he put it, ‘There are no opposition parties, so how can we grant them freedom?’. 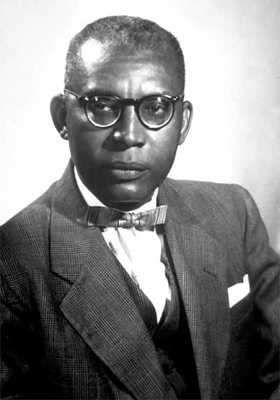 President For Life Francois “Papa Doc” Duvalier was dictator of Haiti from 1957-1971. He once had a heart attack, and chose Clement Barbot, leader of the Tonton Macoutes,a paramilitary group, to become acting president while he recovered. When he was fully recovered, he accused Barbot of trying to take power from him. When Barbot tried to overthrow Duvalier in a coup, Francois issued a massive search for Barbot. When the police couldn’t find him, Duvalier believed he had turned into a black dog. He than ordered the death of all black dogs in Haiti. Eventually, when Barbot was caught and executed, Duvalier kept his head for Voodoo. In 1961, he ordered elections. He received 100% of the vote. He made Haitians recite a prayer every day, which went like this: “Our Doc, who art in the National Palace for life, hallowed by Thy name by present and future generations. They will be done in Port-au-Prince as it is in the provinces. Give us this day our new Haiti and forgive not the trespasses of those anti-patriots who daily spit upon our country…“. He once said that he controlled Lee Harvey Oswald to shoot JFK with voodoo. He finally died in 1971, and was succeeded by his son, Jean-Claude Duvalier, who was known as “Baby Doc”. 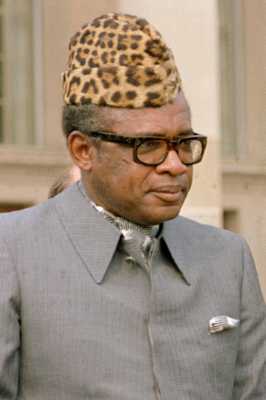 Mobutu was the President of Zaire (Now the Democratic Republic of the Congo). Zaire means “River”. He made a law saying that TV in Zaire cannot mention anybody but him by name. He banned all leopard print hats from Zaire, except for his own. He commanded that all evening news begin with a scene of him descending from the heavens. He chose many names for himself, including one that translates in English to “the all-powerful warrior who, because of his endurance and will to win, will go from contest to contest leaving fire in his wake.“ He jailed anyone who did not have an African name. He was overthrown on May 16, 1997 and died on September 7, 1997, of Prostate Cancer, in Morocco. Good riddance. 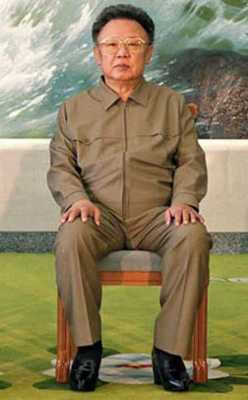 And finally, we come to Kim Jong-Il, of North Korea. He took power in 1998 when his father, Kim Il-Sung, died. Kim travels with his “Pleasure Squad”, a group of beautiful women. Kim is praised as the “Creator of the Universe”, along with his father. Kim is praised as having had a supernatural birth, and claims that North Korea is the most democratic, free, and respected nation on earth. He claims that he invented the hamburger, and that he is the greatest golfer in history. He built a city right on the border of North and South Korea, just to trick South Koreans into defecting. He attempted to rid Pyongyang, the capital of North Korea, of short people, because he was angry about his height. Schoolchildren are taught that he never defecates. And, finally, his grand jewel of insanity, he had two South Korean directors kidnapped to kick-start North Korea’s film industry by forcing them to make a remake of Godzilla, only Communist. He claims that North Korea is a paradise, where nobody ever experienced poverty, and where everybody leads a happy life. In real life, people are regularly tortured, and nearly all of them work in collective farms. 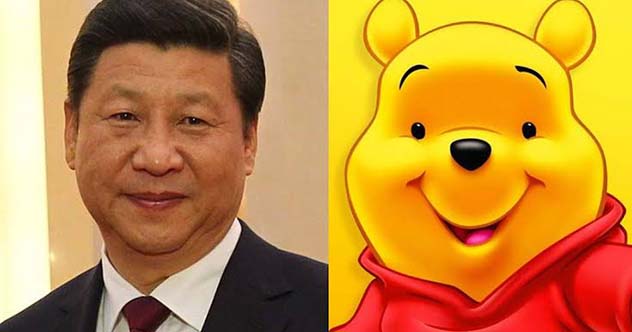 Xi Jinping is the current dictator of China and needs inclusion here due to his recent bizarre behavior around the banning of Winnie the Pooh. After a slew of memes spread by PewDiePie in July 2017 comparing Chinese Dictator Xi Jinping to children’s book character Winnie-the-Pooh, China blocked references to Winnie on social media. This led to “Christopher Robin”, a film adapted from the Winnie-the-Pooh stories, being denied a release in China. Additionally, the Chinese dictator has also banned Facebook, and due to the recent protests in Hong Kong, it is now illegal to import black clothes from the mainland. The mainstream media and many celebrities (particularly sporting) have refused to speak against the communist dictator for fear of losing Chinese funding. Being compared to Winnie the Pooh is quite a distraction from the Chinese Concentration Camps, so perhaps Xi Jinping should be pleased rather than embarrassed.