This list looks at the origins of ten computer related words. The entries presented here are not necessarily etymological, but, rather, they attempt to trace the words back to their creators or first use in the computing world. I tried to include words that were common enough to be recognizable, so there is a mix of technical and colloquial terms. If there are any you feel I have overlooked, or any about which I am mistaken, please share your thoughts in the comments! So here, for your enjoyment, and in no particular order, are the origins of ten computer words. 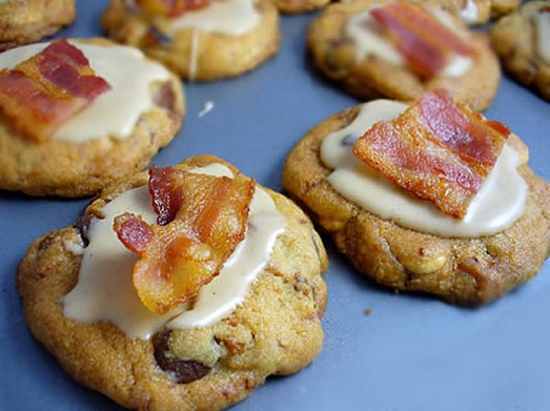 I am listing this item first because of its dubious origins. First, an explanation of HTTP cookies. Cookies are used to save a user’s information and relay this information between a website and a browser. This is used to authenticate a user, provide easier access to password controlled sites, or save various preferences of the user. The reason the word cookie is used seems to come from a comparison to fortune cookies – the dessert common from fast-food Chinese inside which there is a slip of paper with a fortune. Early internet programmers must have been overwhelmed by the similarities of a program that saves information within its code and the treats that save fortunes within their cookie walls. Incidentally, those delicious looking cookies above are bacon and chocolate chip cookies with maple glaze [recipe]. 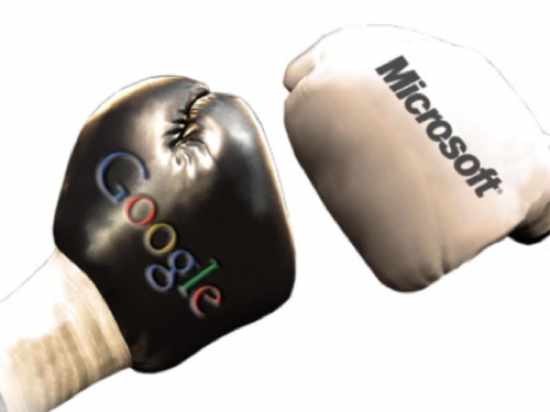 I have decided to combine these since they are not really computer terms so much as they are just companies, albeit computer companies. Remember Hotmail? One of the first widely available email programs, Hotmail’s name comes from co-founder Sabeer Bhatia. When trying to decide on a name for his new service, he eventually settled on Hotmail because it contained the letters HTML, which is a foundational language for writing web pages. In fact, the service’s name was originally notated “HoTMaiL,” in case users had missed the nod to the language at first.

Google’s origin is not really that surprising. The name came forward as a boast about how much information the new search engine would be able to index and provide. Google is a misspelling of “googol,” which is a number notated by a 1 followed by 100 zeros. When you consider the earlier name of the engine, “Backrub,” Google seems like a much better choice.

Speaking of Google – if you have a Google+ account, feel free to add Listverse (via Jamie Frater until business accounts are launched) to one of your circles – we always re-circle those who add us. If you don’t have an account and want one, you can go here to get a free invite. There are only 100 left so get in quick. 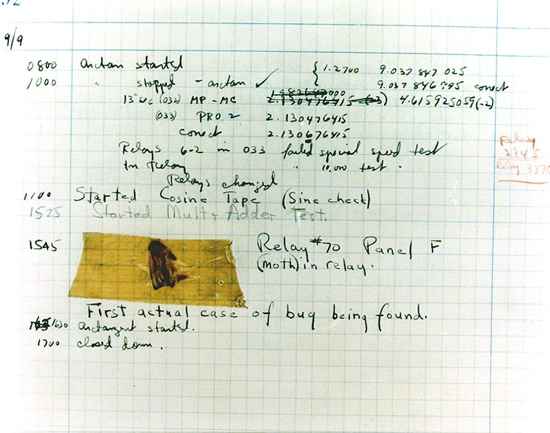 This may be the most well known word because of its interesting story. While Grace Hopper, a pioneer of computer programming, was working on the Harvard Mark II, she traced the cause of a glitch in the computer to an actual moth trapped in a relay. The moth she found can still be seen on display in the Smithsonian Museum. As some of you may be desperate to point out, this was not actually the first use of the term “bug” to describe a malfunctioning system. Thomas Edison, for example, used the word in his notebooks. However, since Admiral Hopper brought the word into the world of computers as we know it today, this lister gives credit to her. 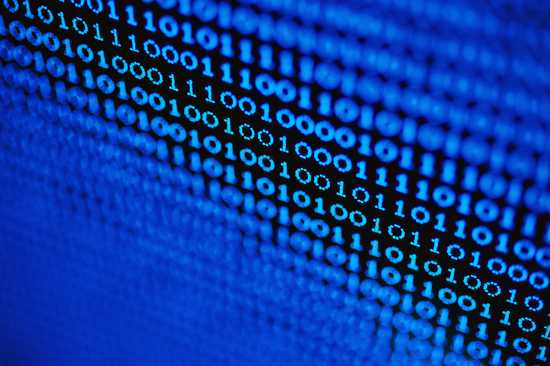 A bit is a basic building block of computing. When developing the earliest computer languages, binary emerged as the simplest and most effective language to operate computers. A bit is simply a contraction of the words “binary digit.” This explanation has also been given to the word “byte,” which refers to multiple units of information, most commonly eight. However, since “byte”, itself, emerged from and is a derivation of “bit,” this lister thought bit deserved the focus. 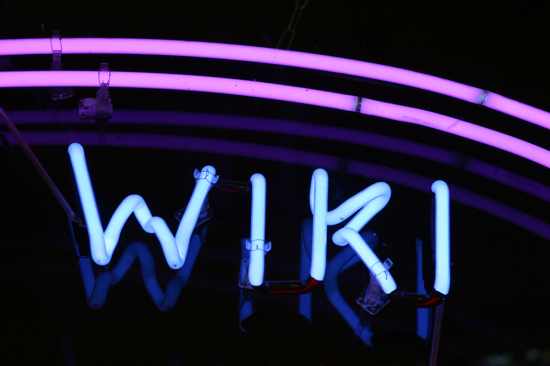 As you may or may not know, a wiki on the internet is a group of interconnected sites that is built from user interaction. Wikipedia, Encyclopedia Dramatica and Metapedia are all examples of this “wiki” model. The origin of the name itself is quite simple. In Hawaiian, “wiki wiki” means “quick.” Creator Ward Cunningham decided that a “wiki” online would be a quick, easy way to access and manipulate multiple sites and information. 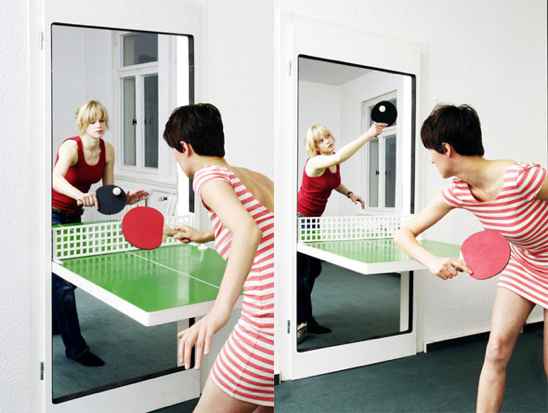 Famous for being part of a favorite method of attack of hacker groups (or “hackivists,” depending on where you fall on the issue) such as Anonymous, pings are a common method of DDoS attacks. However, they were first used simply to test the reachability of a host or IP, by sending out a message and measuring its round-trip time. As some of our sharper readers might have noticed, this is similar to the function of sonar with the name, “ping,” mimicking the sound of a functioning sonar system, and in fact, that was the inspiration for creator Mike Muuss during the invention of pings. As is common with computer terms, a backronym was provided: “Packet InterNet Groper.” As is also common with internet terms, the backronym was a bit forced. 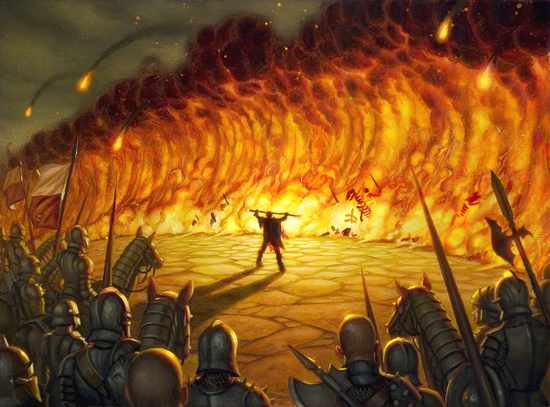 A firewall is a device that protects networks from unauthorized access or manipulation. IRL (in real life, for you non-nerds out there), firewalls are structures that are built to prevent the spread of, you guessed it, fires or similarly destructive forces. In the computer world, they are not much different. Instead of fires however, firewalls protect against viruses, hackers and worms (worms are similar to viruses, but they do not need to attach themselves to existing data and are therefore much more prone to spreading throughout a network of computers… similar to the way a fire spreads, see?). 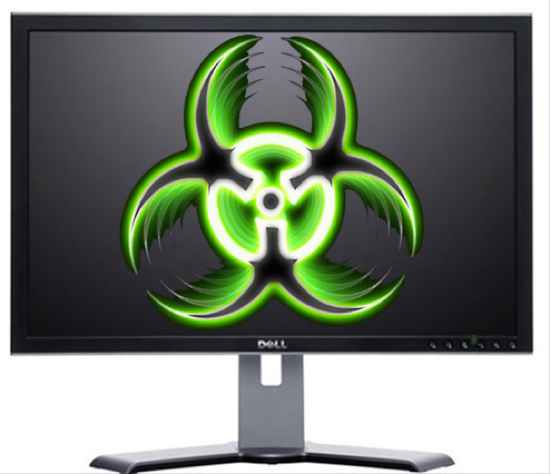 A computer virus is very similar to a biological virus. Both insert their own code into normally functioning systems in order to disrupt the system and reproduce themselves. Academically, the word virus was used as a computer term in 1984, by Fred Cohen, in his paper “Experiments with Computer Viruses.” However, before the publication of this paper, the word had been used by science-fiction writer David Gerrold in the 1970s (in which a computer program called VIRUS enters a computer and *spoiler* is eventually defeated by a program called ANTIBODY…no one said he was a good science fiction writer), and also, the word appeared in an X-Men comic published, in 1982. 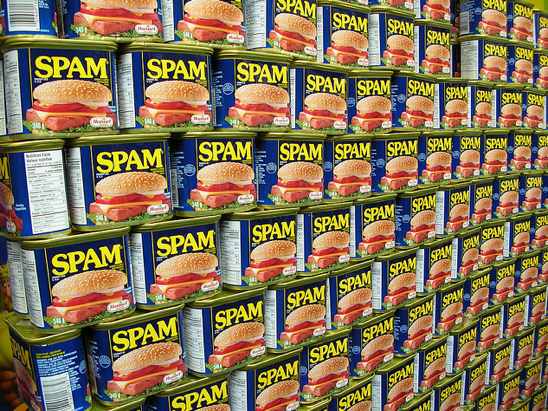 Spam is awful. Both in its computer form and in its rubbery, pink form. The two words have more in common than you might think though. The computer spam actually derives its name from a Monty Python sketch set in a café with an entirely Spam-centric menu. In typical Monty Python fashion, the characters (including a chorus of Vikings) break out into a song consisting almost entirely of the word “spam,” thus “spamming” the dialogue. While the sketch was a commentary on the influx of commercially available canned meats (from the US…sorry) during a period of desperate agricultural rebound, the word made its way into the computer world as the annoying and excessive influx of unwanted mail or advertisements. In the 1980s, online advertising companies attempted to acronym the word as “Sales Promotion And Marketing,” but as you are no doubt aware, the more critical definition given to us by Monty Python survived. 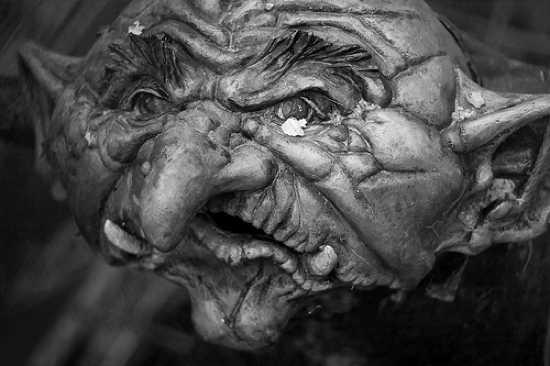 While the etymology of this word might seem relatively straight forward, it gets a little more complicated that simply equating ugly, annoying monsters online to the ugly, annoying monsters of Norse mythology. That is undoubtedly a part of it, but in addition to, and more important than, the nominative form of the word, the verb “to troll” refers to a fishing technique in which bait is slowly dragged behind a boat to hook unwary fish. Obviously, this is similar to the way an internet troll will feed out “bait” for other users to react to, and then reel them in with further inflammatory or offensive remarks. An additional comparison to the trolls of fairy tales can be made when you consider the troll of the story, “TheThree Billy Goats Gruff.” The way internet trolls take over public space for their own enjoyment and use seems very similar to the unfair ownership claimed by the bridge troll of the story.

However, trolling on the internet was not always considered a bad thing. According to Wikipedia, “the most likely derivation of the word troll can be found in the phrase “trolling for newbies”, popularized in the early 1990s, in the Usenet group, alt.folklore.urban (AFU).” On this site, veteran users would toss out an inside joke or exhausted topic. Newcomers would respond earnestly, not having the experience to let them know not to respond, and they would then be revealed to be newbies, or n00bs, if we’re using modern terminology. These noob-hunts, however (the French verb “troller” is a hunting term, as well), while potentially embarrassing to the victims, were often light-hearted and nowhere near the damaging levels that modern trolling can reach.