As anyone who has explored the depths of the Internet would tell you, it’s a pretty weird world out there. From fetishes you didn’t even know existed to websites maintained entirely by bots, there’s no dearth of bizarre things to be found in the online world. However, those areas are still just niches and almost no one seems to care about them.

When it gets truly weird is when you get more than just a handful of people to go along with your bizarre, out-of-place idea. These Internet fads don’t stand out because they exist—as the Internet is home to much weirder stuff—but because they convinced a bunch of regular individuals to get on board. 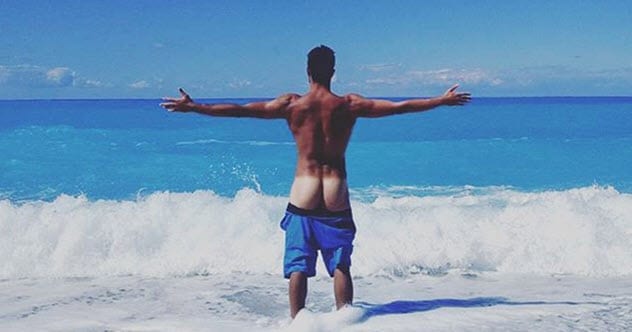 No one likes a picture of a naked butt online unless you’re specifically looking for that, and you’d probably be banned from most social media platforms if you post one. However, it’s a completely different matter altogether when you do it with a pretty landscape in the background as the recent viral trend proves.

Carefully and successfully walking the line between art and buffoonery, users on Instagram have taken to photographing their bare butts in exotic, beautiful places. Before anyone could ask, “Why the hell are you doing that,” it was too popular to contain. Many people include it in their travel itineraries as we speak.

You can still see the pictures on an Instagram account called Cheeky Exploits. We’re guessing that it has something to do with body positivity, though that’s not explicitly clear from the photos or their captions. It’s highly likely that people are just doing it because everyone else is.[1] 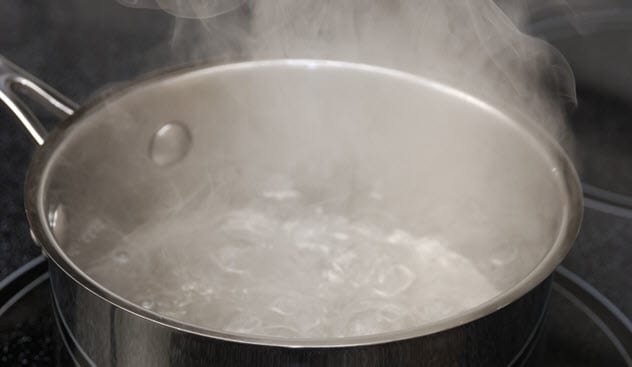 In case it’s not immediately clear through common sense, pouring scalding water on yourself for no reason other than to see if you can is a terrible idea. It’s one of those everyday things that may seem like a harmless mistake, but it actually ends up killing more people than you’d expect. In the US alone, around 100 people die every year due to burns caused by hot water.

So, when some people on the Internet thought it’d be a great idea to turn the hot water challenge into a viral trend, it raised some understandable red flags. Everyone was suddenly pouring hot water on themselves or others or just drinking it with a straw and then posting the evidence all over YouTube and Instagram.

As you’d expect, many people were seriously burned. Medical professionals across the world advised against jumping on this particular bandwagon.

The worst of it was when an eight-year old girl died after being dared to drink hot water through a straw after her cousins saw videos of the challenge on YouTube.[2] Due to the injuries caused by this type of challenge, the trend has thankfully ebbed and the Internet audience has finally learned its lesson. Oh wait, it didn’t . . . 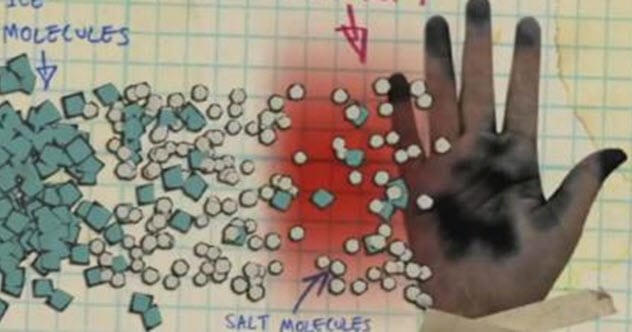 For a species that counts burning to death as one of its biggest fears, we sure love to come up with ingenious ways to burn ourselves for fun. The salt and ice challenge is another one of those.

As you accurately guessed, you put salt and ice on a part of your body. The trend has apparently fizzled out for now, but videos of people doing it can be traced as far back as 2012. It was only recently that it became popular in a big way, though, causing parents and health experts to issue warnings.

While salt and ice may not seem dangerous at first, they combine to create a dangerous chemical reaction that causes serious burns and injuries. The combination of the salt and ice results in something very similar to frostbite.[3]

Although we were unable to track the user who started it all, the Internet fashion trend of doing up your nails in the form of fur has spread far and wide ever since it first gained traction.

Essentially, it requires you to painstakingly attach strands of fur to your nails. Even if we ignore its ethical implications—and the people doing it claim that it’s all faux fur—the simple fact that it doesn’t really look good or fashionable is why this trend baffles us.

There may be some legit benefits to it, like added insulation during winter, though we were under the impression that gloves do that job quite well already. It may not be as popular now as it was around a year ago. But why it was popular at any time is a question we all need to ask ourselves.[4]

We may think that this one is a bit less dangerous than the others on this list. However, that’s only if we’re talking about bodily injuries. Looking at something so aesthetically displeasing still harms the brain in other ways. 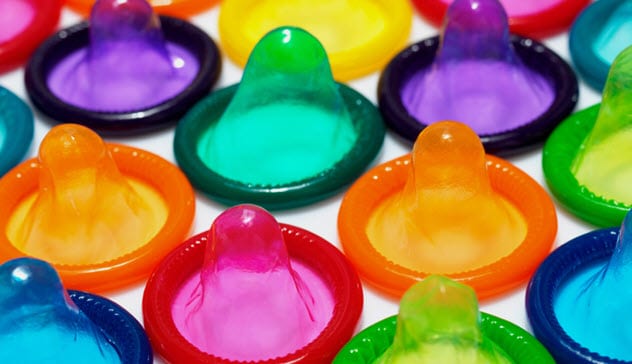 We all know the most popular uses of a condom—to fight against the spread of STDs and avoid unwanted pregnancies. The Internet, however, has long disputed that those are the only applications.

We’ve seen everything from DIY furniture-fixing kits made with condoms to condom blow-up challenges surface on YouTube, which were all fine as long as they weren’t hurting anyone. The most recent condom trend to hit the Internet, however, took it a bit too far.

It entails snorting a condom up your nostrils until it comes out of your mouth. We don’t need to tell anyone why that’s a horrible idea as condoms are made to not break or dissolve under any conditions. Aside from the danger of choking to death, this can cause bacterial infections or rashes in the nasal cavity. However, that didn’t stop it from blowing up on YouTube.[5]

Thankfully, this challenge has largely subsided now, and teenagers are (hopefully) back to using condoms for their intended purpose. 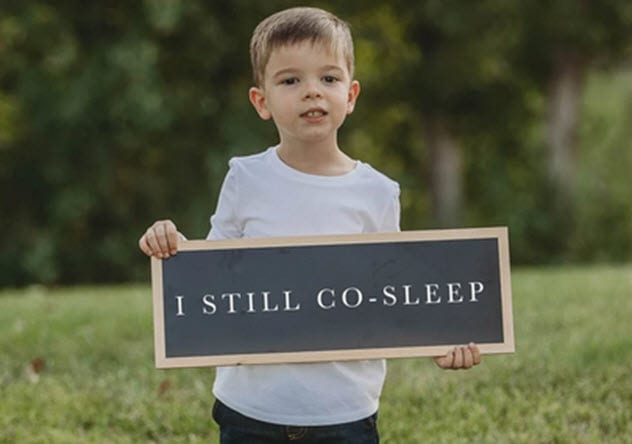 Having arguments with your parents was a healthy and natural part of growing up. However, with the advent of the Internet, that’s not the case anymore. “Parent shaming” refers to an increasingly popular trend of taking your parental complaints online—whether it’s about your folks refusing to buy you the latest gaming console or embarrassing you in front of your friends. Almost anything goes.[6]

If you’re feeling bad about the parents at the receiving end of this, don’t. Child shaming is a countertrend. There are around 30,000 clips of parents disciplining their kids on social media platforms, and the types of punishments range from grounding children to setting their Christmas presents on fire. 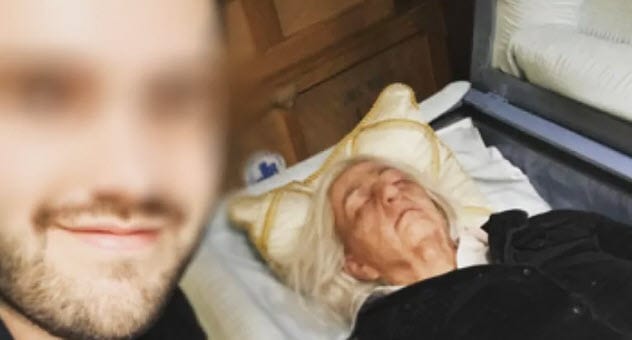 If you’ve spent enough time on the Internet, you know about the creative and creepy ways that people have used corpses throughout history. One particularly unsettling example is Victorian-era corpse photography when people would prop up their dead loves ones to get a photo with them.

Now if you thought that was a thing of the past, we’d like to tell you that it absolutely was. Then modern-era Internet users picked it up again and turned it into a fad.

Many people on Instagram and Facebook are now taking selfies alongside corpses of their dead relatives. The living relatives are often found to be smiling or cheerful about the whole thing.[7]

For some, it may even be a part of the mourning process. Although from all the photos we’ve seen of the trend, mourning doesn’t seem to be a part of the process. It’s a horrifying combination of the modern craze of taking selfies wherever we can and the age-old tradition of being photographed with the dead. 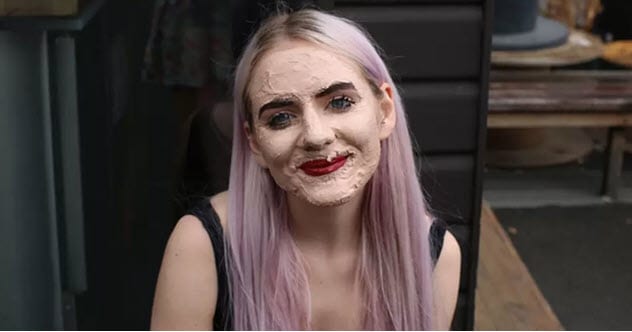 With the deluge of Instagram beauty influencers and YouTube vloggers consistently coming up with new ways to look better, beauty trends are often hard to define. Are we supposed to shave off our eyebrows now? Are bangs back in fashion? Can we make DIY lipsticks from things found in the kitchen?

All of those questions have wildly different answers depending on whom and when you ask. Some people got fed up with that and came up with a whole new trend as a statement against the generality of the term “beauty” nowadays. The trend is putting 100 layers of something on yourself and making videos of it.[8]

It can be anything—from 100 layers of tape to makeup to clothes—as long as it’s precisely 100 and you put it up on the Internet for everyone to see. While we can’t say if it’s still all the rage, the mere fact that it caught on is something we’re still grappling with. 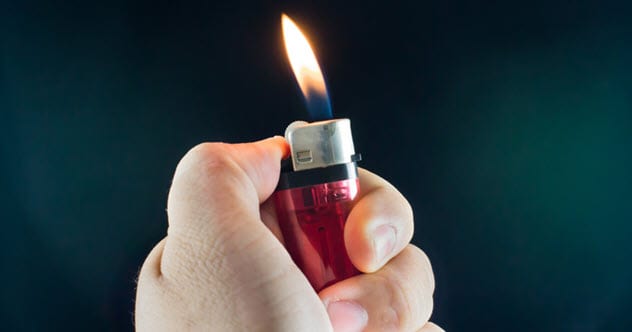 For some people online, pouring hot water on yourself or giving yourself frostbite with salt and ice was not an efficient way of causing burns. So they took to actually setting themselves on fire.

We especially love Wikipedia’s matter-of-fact and dry definition of it: “Fire challenge is an activity which refers to the application of flammable liquids to one’s body and then setting the liquids aflame, while being video recorded.”

If you’ve seen people pouring lighter fluid on themselves and lighting it up on Facebook, that’s not a one-off Internet weirdo. Worryingly, it’s a growing trend on video-sharing sites like YouTube. Needless to say, it is extremely dangerous to attempt.

While we don’t understand the motive behind any of the trends on this list, we particularly don’t grasp this one as it entails actually burning yourself for a bunch of fake Internet points. That is, of course, if your video goes viral. Otherwise, you just burned yourself for nothing.

There have been reports of people—especially kids—being admitted to the hospital due to severe burns after attempting this challenge. However, that hasn’t done anything to discourage other proponents of this viral phenomenon.[9]

As most of us have been told at some point during our adolescence, popping a pimple yourself is almost never a good idea. Doctors and surgeons are qualified to do it in case it gets worse, but most pimples are temporary occurrences that go away on their own. It’s just one of our body’s many mechanisms to fight off infections, which usually don’t require any intervention on our part. Also, pimple popping is a bit gross.

That’s why the Internet video phenomenon of people popping zits—as well as removing botflies from the body—is so fascinating. We have no idea what’s fueling it, but right now, plenty of people are searching online for videos of other people doing it.[10]

Some say that the process is immensely satisfying to watch, which makes sense as some people are just weird. However, why so many others are getting in on it remains a mystery to us.