From hollow points and standard ball to armor-piercing and wadcutters, the modern gun owner has access to a dizzying selection of ammunition. But while most bullets make perfect sense for the situation they’re designed for, there’s always going to be that odd slug that defies logic. 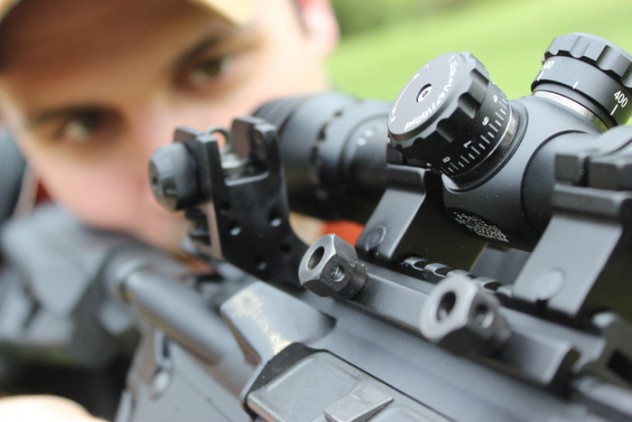 Over at the Sandia National Laboratories, engineers have developed a “smart” bullet, which is expected to hit targets out to a range of 2,000 meters (1.2 miles) with Duke Togo levels of accuracy. The bullet is equipped with an optical sensor that controls a set of miniature fins near the bullet’s tail end. Once a target is “painted” by the laser and the bullet leaves the barrel, the sensor tracks the laser dot, sending signals to the fins to keep it on course and land it within 20 centimeters (7.9 in) of the target.

As far as targeting is concerned, it is a miniature Tomahawk cruise missile, a pocket-sized Liam Neeson that will look for, find, and kill anything within a mile.

Owing to their large bore size, shotguns can load all sorts of unique ammo you wouldn’t normally find on smaller-caliber weapons like rifles or handguns. And if you’re a Tarantino fan, you probably remember the scene in Kill Bill Vol. 2 where Bud blows the Bride away with a shell full of rock salt. Turns out, Tarantino didn’t completely make that up.

Used as something of a poor man’s rubber bullets, rock salt slugs were designed to scare off trespassers—it was a stronger warning than foul language, and not as much overkill as live ammunition. And from the ballistic tests we’ve seen, the idea makes sense. Rock salt is brittle enough to shatter at close range without breaking skin, but it’ll still hurt. Of course, given that you have to hand-load the salt yourself, and the shotgun’s barrel has to be cleaned right away afterward to avoid corrosion, it’s not very practical. On the other hand, it’s the perfect ammo to stockpile if you’re expecting an invasion from giant alien snails.

Not all bullets are designed to shoot people with. Some, like the Dragon’s Breath ammo for shotguns, look more like somebody’s way of indulging their inner child (or pyromaniac).

The round uses a magnesium-based ammo that, when fired, triggers gout of flame that can get as long as 30 meters (100 ft). It looks absolutely awesome on a dark night, and it’s guaranteed to make that next home invader wish he brought an extra pair of pants, as long as the shooter remembers not to burn down his home.

While Tasers are an awesome way of stopping muggers dead in their tracks without actually killing them, they’re also very short-ranged—you need to be within 4.5 to 10.5 meters (15–35 ft) to hit a target. Not cool, especially if you’re a police officer trying to stop a perp who’s doing his best Usain Bolt impression.

But what if you could get that Taser gun, make it smaller, and load into a malevolent (albeit non-lethal) missile of pure electrical malice? Enter the XREP, a Taser slug that’s capable of hitting targets out to 30 meters (100 ft). The slug works like a standard Taser—once the barbed tips hit a target, it drops them with 1.3 milliamps of electricity for up to 20 seconds. 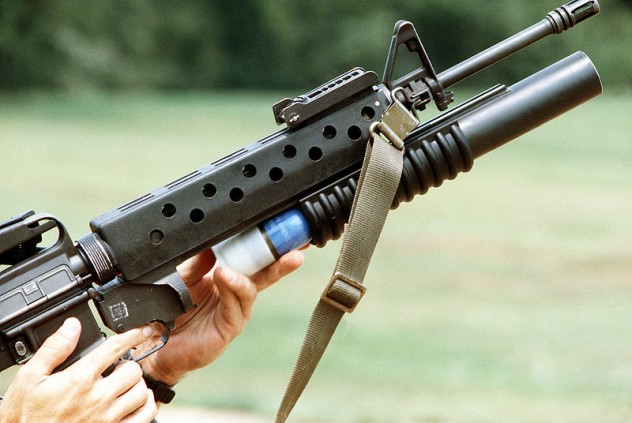 Remember those cool (but downright weird) boxing glove arrows that Green Arrow loves to shoot at crooks? What if we told you that you could get something similar without actually having to spend decades honing your archery skills to near-superhuman levels?

Developed as a non-lethal form of crowd control, sponge rounds are designed to be fired from the M203 grenade launcher fielded by the United States Army. If getting hit in the face with a sponge doesn’t sound nasty, keep in mind that these grenades fly out at 200 meters per second—that’s just 30 meters per second shy of the .45 ACP bullet’s muzzle velocity. Imagine your worst dodgeball session in PE class, only the dudes throwing have gunsights, and live ammo in case things get serious.

While the modern-day bullet is designed based on data gathered from live combat and extensive ballistic testing, this was not always the case. Take, for example, the Puckle gun. Patented in 1718, at a time when the Turks were threatening Eastern Europe, the Puckle gun was designed to fire square ammunition.

The reason for this was that the British believed that square bullets would inflict more damage against the Muslim Turks they were most probably going to be used against. The idea never really caught on, since the square rounds had a reputation for being inaccurate. The Puckle gun itself, however, became the basis of revolvers.

When it’s built properly, the modern bullet is generally foolproof. However, that hasn’t stopped attempts to reinvent it.

Take, for example, the GyroJet. Designed as a way of literally getting more bang for the buck, GyroJet ammo takes your traditional hunk of copper-jacketed lead and propels it with rockets. The reasoning was that the gradual, sustained push of a rocket motor would propel the slug to ridiculously long ranges that not even large-caliber handguns or rifles could reach.

Unfortunately, it didn’t work out. The rocket ammo relied on a delicately balanced spin-stabilization system, and even the slightest bit of fouling in the vents caused them to fly erratically. They were expensive too: Emptying a whole clip cost $200, which is pretty much you shooting somebody else with a whole handgun.

When you want to demolish a car or most other four-wheeled vehicles, you’re probably thinking of breaking out bigger guns, like a grenade launcher, or even an RPG. But what if we told you that you didn’t need to grab the heavy weapons?

The FRAG-12 is a portable yet potent solution for all your vehicular demolition needs (legally, of course). This explosive slug is effective out to a range of 200 meters (650 ft), and is capable of penetration up to 12 millimeters (0.5 in) of steel plate. Load this, and you’re basically turning your humble anti-zombie/intruder shotgun into a portable meat-sauce maker.

The even cooler part is that it was designed to work with the AA-12 shotgun, a 20-round monstrosity of a firearm that belts these miniature bombs out at 450 rounds per minute. 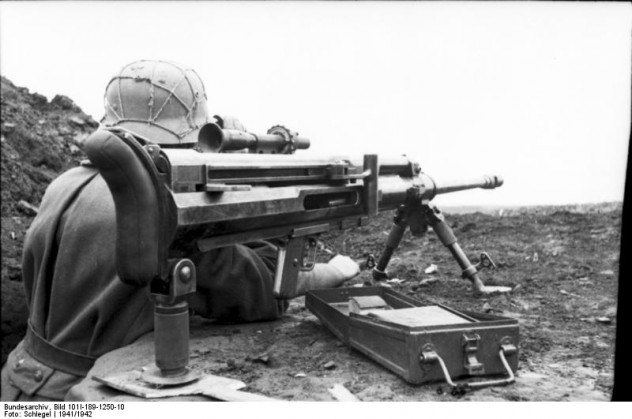 Yes, you read that right. An anti-tank bullet designed to stop a tank by making it (or rather, the crew) cry. The slug was actually developed back in World War II, at a time when Germany was trying to develop a man-portable anti-armor weapon for their troops.

Since rocket tech and shaped-charge ammo wouldn’t become common until later, Germany developed the Panzerbüchse 38, which was based on a World War I gun, the Mauser 1918 T-Gewehr. The PzB 38/39’s original ammo was a steel-tipped armor-piercing shot loaded with a tear-gas capsule at its end. The idea was that after the slug penetrated the tank’s armor, the tear gas would force the crew to abandon the vehicle.

It never really worked out—while the slug could punch through 2.6 centimeters (1.02 in) of armor, the tear gas pellet almost always ended up outside the target. If there was anybody who’d be crying, it was probably the rifleman, who’d just drawn the attention of a very, very upset tank crew.

Back in the ’70s, as Russia was preparing for every eventuality in case the Cold War turned hot, one of their soldiers looked at the Atlantic Ocean that separated them from the United States and realized “We need a gun that can fire in there.”

And since they thought spearguns weren’t awesome enough, they went and developed the APS, an assault rifle that rapid-fired miniature harpoons. The “bullets,” which were 120 millimeters (4.7 in) long and used a 5.66×39mm MPS cartridge, were designed so that they sliced through the surrounding water without sacrificing too much stability or range—two issues that made standard bullets much less effective underwater. The APS and its ammo have since been phased out by more modern underwater guns like the Russian ADS amphibious rifle.

Geek, freelance writer and purveyor of obscure bits of trivia, JD Gallo has been at the freelance writing game for some time now. When he’s not writing, he enjoys reading interesting novels that range from the standard sci-fi/fantasy fare to the more obscure interstitial stuff. He is also working on his first novel and indie series.