The Ancient Egyptians are shrouded in an aura of mystery and intrigue, cultivated by continuing archeological discoveries. Unfortunately, the sense of awe that pervades Ancient Egypt has also produced countless myths. This list will investigate the most common misconceptions about Ancient Egypt, and include some interesting digressions that will illuminate new areas of their advanced culture. 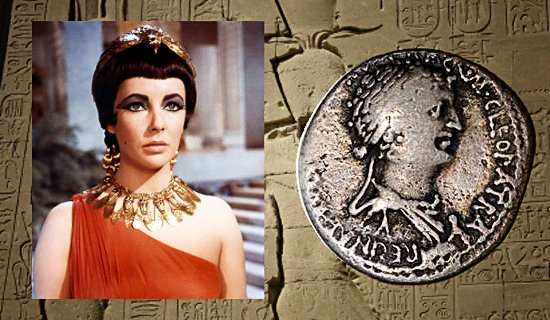 Cleopatra VII, the last Pharaoh of Ancient Egypt, has always been a cultural figure, renowned for her alluring beauty. This idea has been perpetuated by everybody from Shakespeare to film director Joseph L. Mankiewicz. However, Roman coins show Cleopatra to have masculine features: a large nose, protruding chin and thin lips – not any culture’s archetype of good looks. On the other hand, she wasn’t lacking in brains; contemporary sources note Cleopatra as being charismatic and clever, as opposed to possessing physical beauty. 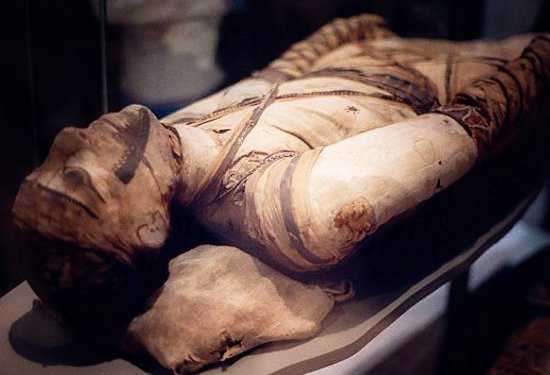 Reading about the Ancient Egyptians with their pyramids, mummies and imposing gods, it is easy to reach the conclusion that they were preoccupied with death. In fact, nothing could be further from the truth. The great labor that the Egyptians took in burying each other was actually a way of glorifying life. For example, many of the illustrations that adorn the inside of tombs are celebrations of farming, hunting and fishing. Furthermore, the expensive ornaments buried with the Egyptians helped them reach the afterlife, where they continued their current job without any hardships. Mummifying was a way to keep the corpse lifelike, ready for this idealized form of everyday life. Clearly the Egyptians were obsessed with life, not death. 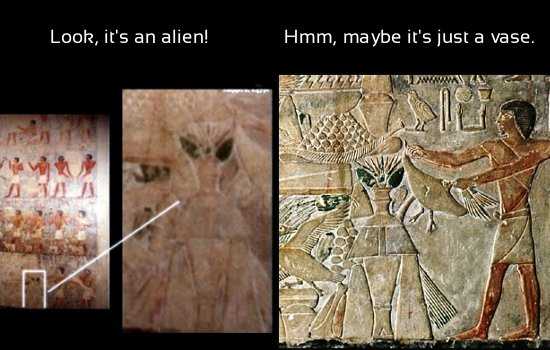 Listverse attracts a very rational crowd, but unfortunately there are some who believe that the Egyptians were in contact with aliens. They allege that the pyramids are superhuman achievements and that some murals actually depict extraterrestrials. This is simply insulting to the legacy of the Ancient Egyptians. Whilst the Great Pyramid at Giza is mathematically astounding, its construction was not beyond the ingenious astronomers, scholars and architects of the time. And while the Great Pyramid stood as the tallest structure for almost 4000 years, that does not mean that the Egyptians were friends with aliens; it only means that no culture rivaled the Egyptians at building monuments until the 19th century. Concerning murals, the picture above speaks for itself. 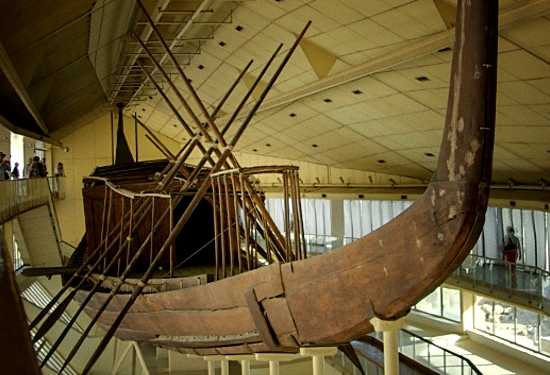 Many believe that we have found out everything we can about Ancient Egypt, and that Egyptology is a dead and buried subject. This is simply incorrect. Fascinating discoveries are still being made daily about Ancient Egypt, shedding new light on their civilization. For instance, a “solar boat” is currently being extracted from the Great Pyramid. It is presumed that this solar boat would allow the dead Pharaohs to assist sun-god Ra in his eternal battle with Apep, demon of darkness. Every night, Ra sails his solar boat into combat with Apep and at dawn he emerges triumphant and cruises across the sky. 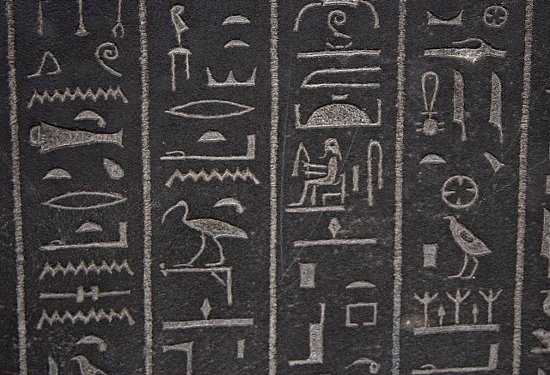 People seem to assume that the Ancient Egyptians invented hieroglyphs. However, primitive hieroglyphs were probably brought to Egypt by West Asian invaders. Another myth, fueled by the images of snakes and disembodied legs, is that the hieroglyphs were a language of curses and magical incantations. In reality, most of the time hieroglyphs were used for innocuous inscriptions or historical depictions. Curses are rarely found in tombs and most of those discovered have been impotent: “His years shall be diminished”, “He shall have no heir”. Interestingly, until the Rosetta Stone was discovered in 1798, and later translated, most scholars believed that the hieroglyphs were illustrations, not phonetic sounds making up an alphabet. 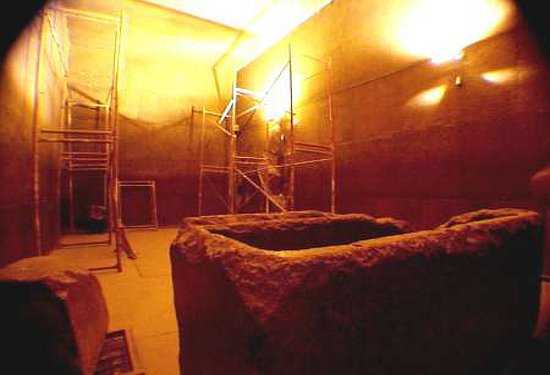 Hieroglyphs cover the interior of many Ancient Egyptian tombs and palaces. But contrary to myth, the pyramids are relatively undecorated. Indeed, until recently the pyramids at Giza were thought to be absolutely bare inside. This supposition was shattered when hieroglyphs were found behind a secret door in the Great Pyramid a few months ago. Also, the pyramids were not all limestone-colored 4000 years ago: some sections, such as interior pillars, were painted red or white. This basic paint and hidden writing still leaves the pyramids extremely austere; it is their architecture that cements the pyramids as the oldest and most popular stone buildings in the world. 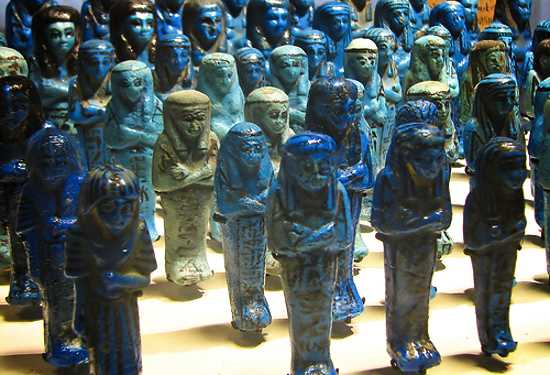 When the Pharaohs died, their servants were not killed and entombed with them as is popularly believed, bar a few exceptions. Two Pharaohs of the First Dynasty of Egypt are known to have had their servants buried with them. The human tendency to generalize has led to the myth that this was a common occurrence amongst all of the other 300 or so Pharaohs. The later Pharaohs probably realized that their trusty servants were more useful living than dead, so they buried themselves with ‘shabtis’ instead. These were figurines that could be animated to help the Pharaohs in the afterlife. 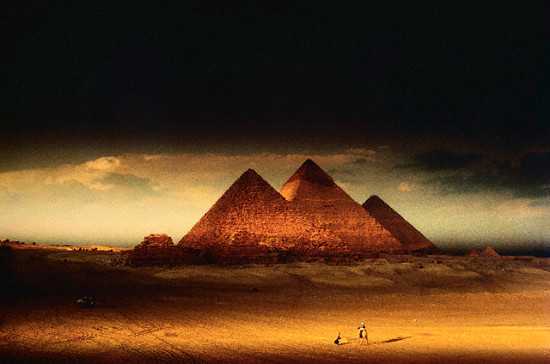 The idea that slaves built the pyramids in Egypt has been circulating since Greek historian Herodotus reported it in the 5th century BC. It was confirmed as false when tombs containing the remains of the pyramid builders were found next to the pyramids at Giza. Being buried beside the divine Pharaohs would be the greatest honor, never granted to slaves. In addition, huge numbers of cattle bones excavated at Giza show that beef, a delicacy in Ancient Egypt, was a staple food of the builders. The builders of the pyramids were evidently highly skilled Egyptian craftsmen, not slaves as Hollywood or perhaps the Bible makes people think.

2
Enslavement Of The Israelites 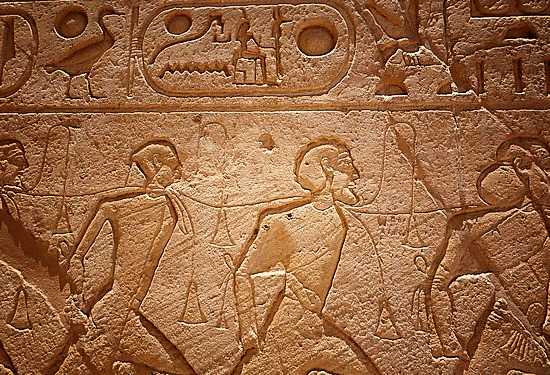 This follows on from the last myth and is obviously a delicate issue. Unfortunately for those who follow the Bible as a literal account of history, there is no evidence to suggest that the Israelites were enslaved in Ancient Egypt. We know much about the Ancient Egyptians from their thorough records, yet they never mention keeping a race of slaves, they never mention the Ten Plagues and there is no archeological information that shows millions of Hebrews inhabiting Egypt or the desert. Besides, the escape of millions of slaves would have destroyed the Egyptian economy, yet it was thriving throughout the second millennium BC when the exodus supposedly happened.

1
Curse Of The Pharaohs 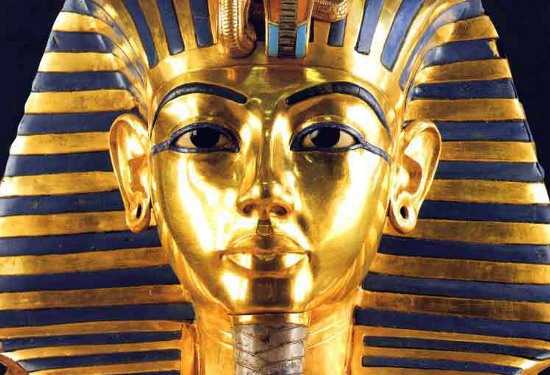 The ‘curse’ that blighted those who opened the tomb of Pharaoh Tutankhamun was a triumph of media hype and public susceptibility. The myth is that a curse laid by Tutankhamun killed sponsor Lord Carnarvon and other members of the expedition. Although some have come up with theories of dangerous fungi and gases accumulating inside the tomb, the deaths do not need a special explanation. Only 8 of the 58 present at the uncovering of the tomb died within a dozen years. Expedition leader Carter, the most obvious target for a curse, lived on for 16 years. The other coincidences are a case of confirmation bias: any misfortune that befell anybody in the expedition was ascribed to the Curse of the Pharaohs. The curse is a prime example of people’s impulse to believe an exciting story instead of the facts.