There are 7 distinctly famous worldly wonders which inspire awe and demand intrigue, but mostly in the way of their unfathomable beauty. In Egypt, we have the Great Pyramids which to this day baffle even the most learned of engineers and architects, in their precision of construction and apparent lack of technological intervention (that is if you don’t buy the “ancient aliens” theories). In Arizona, we have the Grand Canyon, a profoundly gaping spectacle and standing proof of erosion’s mighty shovel. But in addition to these marvels of human and natural possibility, there also exists a darker counterpart: the creations and residuals of what less-than-admirable events have occurred during our collective human experience. These “infamous wonders of the world” must be noted, however, for we can only grow from, and build off, what hardships we endure and mistakes we make as people (the worst mistake of all is often ignorance). Here are the top ten of such infamous wonders: 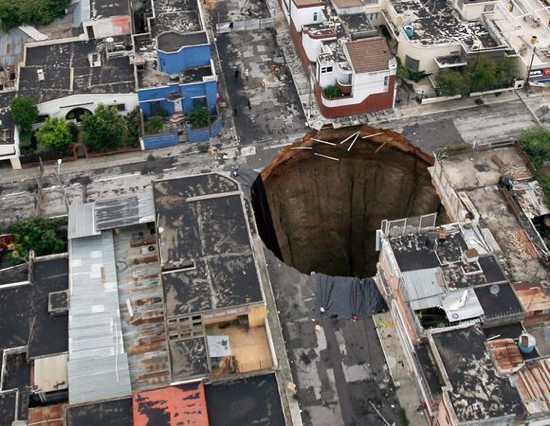 This little wonder turned up last year in Guatemala in the wake of a tropical storm and has been growing ever since, feeding on every building in its grasp; even shoveling in rocks and miscellaneous debris has failed to plug up the swelling problem. A sinkhole is said to occur when soil layers beneath the top layer become too damp to support the inundating weight above and ultimately give way. The result is a hole that resembles a bottomless pit that leads straight to Hell, or at the very least, the resting place of some giant alien pod a la H.G. Wells’ War of the Worlds. 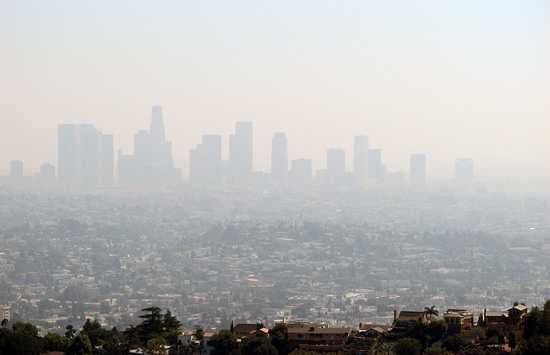 What better symbol than a looming cloud of filth to represent a careless race of environmentally-oblivious individuals who think not of the consequences of their waste. This very visible residue which can be witnessed over the city of L.A. is largely the product of vehicle emissions and industrial pollution. It goes without saying that smog is harmful to the ozone and general human health, not to mention the fact that it makes any city look like the setting of Ghostbusters 2. 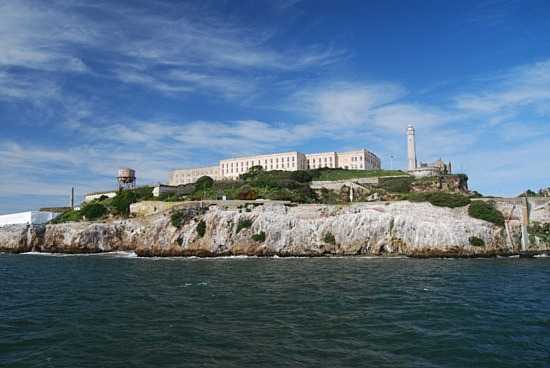 Caging such notorious criminals as Al Capone and Robert Stroud (a.k.a. the “Birdman of Alcatraz), this facility, situated on its own island off San Francisco, boasted itself as the virtual Titanic of prisons. Several inmates managed to escape its confines (often unsuccessfully, as most were either recaptured, shot on sight or lost at sea). Inmates were frequently the worst of the worst: bootleggers, armed bank robbers, murderers and big name gangsters. All being much sought after guests of the Big House, they were each cordially invited to stick around for a while. 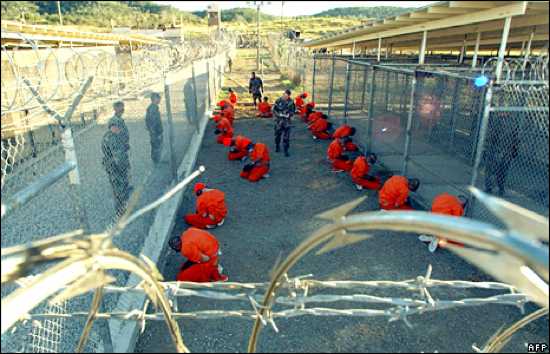 Entirely unethical and totally getting away with it, “Gitmo” is a detention facility located outside U.S. legal jurisdiction and away from the eyes of God. Cruel and unusual torture practices from “water-boarding” (simulated drowning) to blasting terrible music at deafening volumes have been used to extract information here. Just imagining the prospect of forcefully being exposed to Justin Bieber or The Jonas Brothers on loop induces chills. 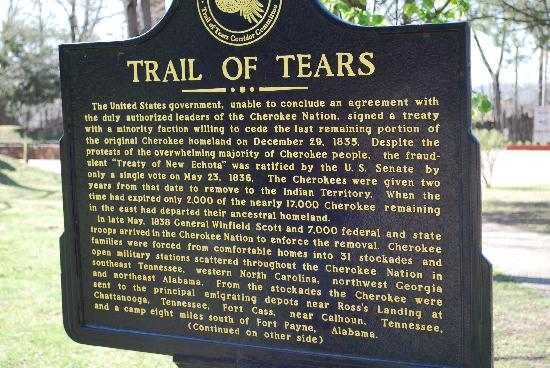 Now a designated historical site, the original “Trail of Tears” was the interstate pathway where countless Native Americans (with the assistance of the Indian Removal Act set forth by President Andrew Jackson) were rounded up and forced to evacuate their homes, being herded into concentration camps and wherever else white settlers didn’t much care to build a saloon-having ghost town. As a result, many died – if they were not killed intentionally – of disease and starvation. A dark chapter in American history, it wouldn’t be the first or last time an entire race of humans was treated like cattle.

5
The Ashes of Pompeii 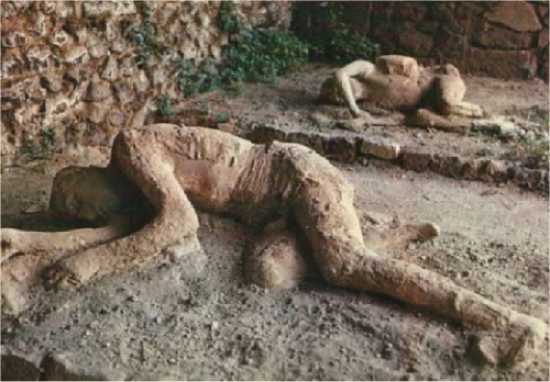 An ancient Roman city was almost lost as it became buried under layers of volcanic ash. Once it became unearthed, a portal to the daily lives of local citizens was opened up. Also unearthed were corpses striking death-poses, revealing their last configurations before so many were killed by the devastating, two day-long eruption of Mount Vesuvius, in 79 AD. While previously it was thought that these citizens-turned-living-sculptures were asphyxiated by an avalanche of ash, recent finding have suggested that cause of death may more likely have been attributed to high heat exposure. 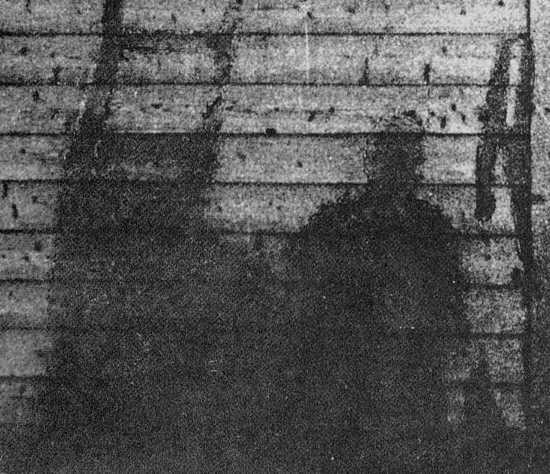 A bad day in wartime history, countless innocents melted away when we dropped the first atomic bomb on Hiroshima. A name like “Little Boy” is disingenuous given the massive, immediate and long-term destruction that was wrought (many of those exposed to the radiation are still suffering the horrifying side-effects). As if deteriorating flesh and structural disarray wasn’t enough of a scar on the city, shadows are permanently fixed all about, burnt-in imprints left behind like tanning bed tattoos, taking the shape of etched flowers on telephone poles and outlined guardrails on the streets. Some memories simply don’t wash away. 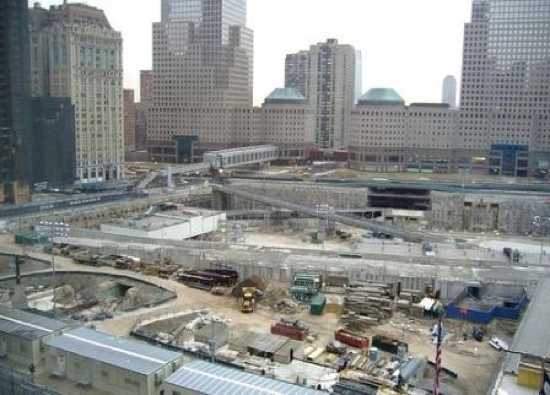 Ten years and a few days later, and the United States is picking up the pieces (in a matter of speaking) of what waste was made of the World Trade Center towers. Those with any connection to the tragic event relive it every year when the 9/11 specials and documentaries spill through the floodgates of news opportunism. Recently a cemented tribute, in the way of a memorial, was constructed so as to immortalize those fallen by displaying their names in engraved text. 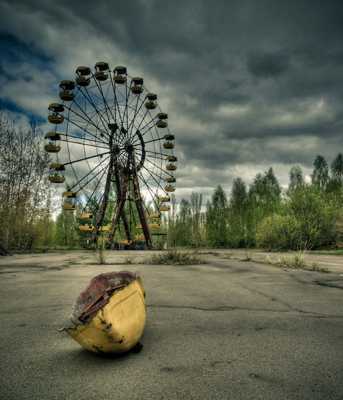 There is a serious consequence to not vying for safer, more environmentally-friendly forms of energy generation (windmills, water turbines, etc.) in favor of nuclear energy: risk of meltdown. Before Japan taught us the risks of constructing dangerous power plants in earthquake-and-tsunami-prone hot spots, there was Chernobyl. In 1986, the world’s worst nuclear reactor disaster occurred in Ukraine, as the power plant exploded and released an abundance of radioactive material, which is still killing and crippling people to this day. Speaking of crippling effects, the Soviet Union’s economy was rigorously torn apart, effectively setting up the impending collapse of the USSR. After a spill like that, Paul McCartney’s lyrics are given a new, cynical meaning when he sings “I’m back in the USSR, you don’t know how lucky you are, boy.” 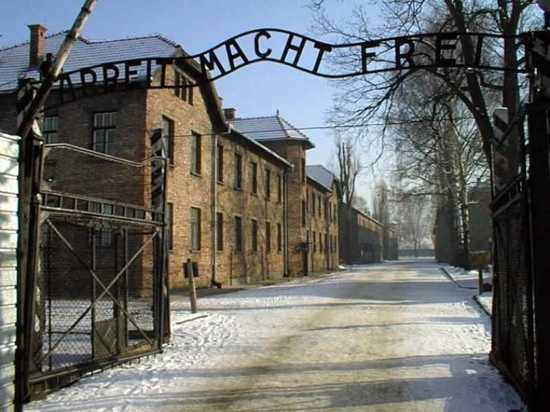 You can visit the Auschwitz historical museum whenever you want to step back in time – back to when genocidal monsters roamed freely about the earth. The largest of all the Nazi death camps during the Holocaust, Auschwitz was personally responsible for the death of over a million Jews (many other non-Jews were killed, in addition), and made for a sort of Marriot-from-Hell, wherein shower heads gushed poison gas in mock bathrooms, and crematoriums vacuumed up any evidence of an unpleasant stay. It’s good, in spite of all the unabashed evil, that the site has been restored and turned into a museum so future generations can learn what the human race is capable of.