Surely the greatest controversy of 2011 surrounds the decision not to reopen London’s only revolving restaurant for the 2012 Olympics. The BT Tower will stay resolutely still. So can we learn anything from its history, and a few tales of other spinning food emporia?

Revolving restaurants are one example of a weird set of medals which a city feels it must accumulate to show it has “arrived” (modern art museums and aquariums are other examples, perhaps the basis of another top ten). Cities in emerging markets are still utterly beguiled by these (mostly) clockwise wonders. In the US, many have faded away after a rush of them in the 70s, but this number is outweighed by restaurant openings in the Far East. There are still around 150-200 (though many old ones no longer spin). This provides very rich pickings for a list. Let’s start with ten and see if you’re interested.

Also, look out for some really abysmal puns. 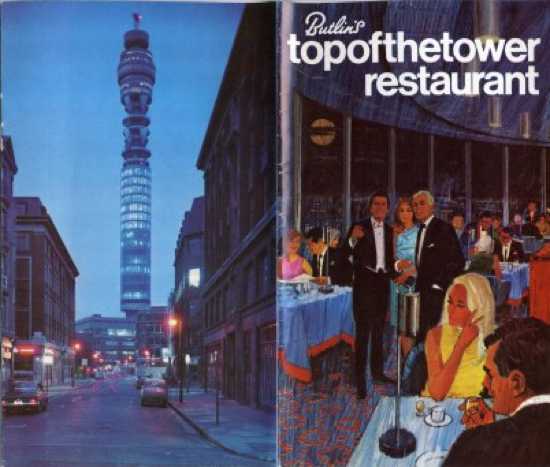 The last fruit cocktail left the Butlins-run Top of the Tower kitchens, in 1971, when the IRA bombed it, specifically the gents (playing to the “at least they narrowed down the list of suspects” comedy angle) at 4:30am. While there were no casualties, the restaurant never recovered and closed completely when Butlins’ lease expired. There was talk of reopening it in time for the London Olympics, likely driven by the Olympic Committee’s surprise that no one took them to the local revolving restaurant, which surely happens on Day 1 in every other city they visit. For reasons unknown, the idea has not taken off and the space remains a BBC outside broadcast studio, and a location for non-spinning corporate events. Discussing revolving restaurants seems to involve a lot of double-takes, so let me assure you that you did read “Butlins” (for those of you unfamiliar with Butlins, save time by imagining any company unlikely to run a high profile national treasure). 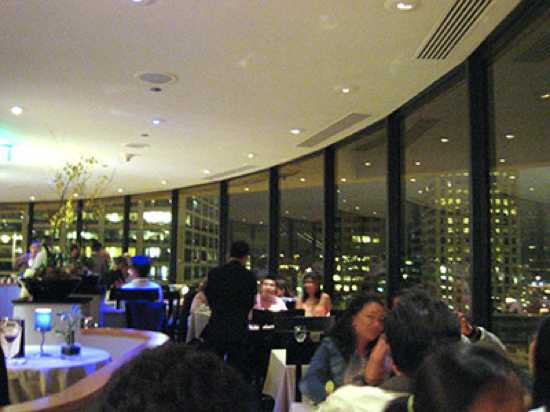 Many of the first flood of Western revolving restaurants have taken their place in history, victims of a sad, slow demise driven by the popular realization that such establishments trade on spinning, rather than cuisine. A typical example would be Equinox in San Francisco. Despite a venerable two decades of first dates, family meals and fabulous views of the Golden Gate Bridge, it stopped rotating in 2007 (and is now a stationary nightclub). As one furious online reviewer noted, the Sunday brunch buffet “DID NOT INCLUDE TOAST” – a crime apparently so heinous, the manager felt compelled to allow the entire family to eat for free. Take heed, other revolving restaurant owners. Either get some toast, or get a manager with a backbone. 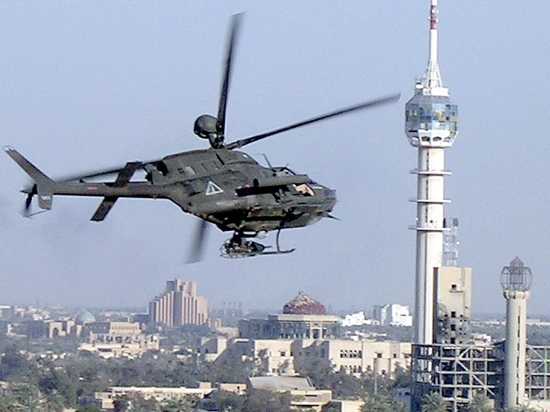 We don’t know whether the man himself often frequented the “International Saddam Tower” Restaurant, in Baghdad, though doubtless his many doubles were dispatched often. Saddam commissioned it in 1994, as a 207m one finger salute to the world after a previous TV tower was destroyed in the first Gulf War. By the second conflict, it clearly had something going for it. First, the invading forces avoided bombing it in case it toppled onto surrounding residential areas, showing a bit more decorum than the previous assault. Second, the foreign troops and locals were so impressed by the food that they didn’t loot it, and it survives under the unimaginative but innocuous name “Baghdad restaurant” – reflecting a recent global trend in giving revolving restaurants names which advertise the marketing concept “The people who own this place really could not give a toss about naming restaurants.” 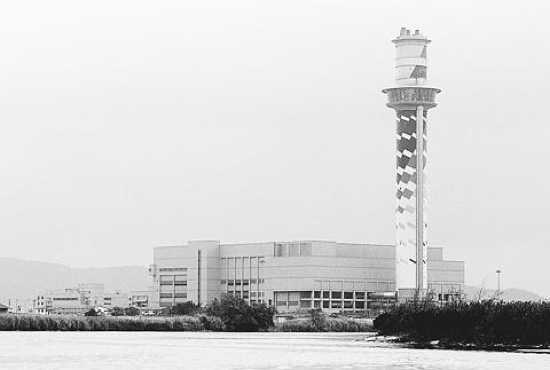 The Star-Plucking Restaurant in Taipei, opened in 2000, and balanced on top of the Beitou garbage incinerator. Yes it did, and while we might surmise it could have been better translated as “Touching the Stars”, that’s not how local press translate it. According to coverage of the launch “More than 7,000 people rushed to the restaurant, which can seat 120. Luckily, an official was on hand to confirm that “the dioxin rate of the incinerator is far below the standard rate” while another told a TV station “Diners can enjoy the view of Taipei and also examine the cleanliness of our garbage incinerator”. Time must have flown by that day for the 6,880 people in the queue. This restaurant is still in operation, raising the possibility that some of them are still queuing. Actually, jokes aside, this was a really good idea and I’d love to eat there. There, I wrote it. 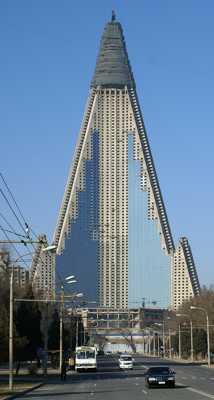 Kim Il Sung was a huge fan of revolving restaurants, though history does not record how he felt about the huge fans of revolving restaurants, or whether he liked to see a huge fan in a revolving restaurant. Or something. At one point he was aiming for seven in North Korea. Few will feel sympathetic that he died a year too early, missing the first rotation of the sole completed restaurant in Pyongyang, in 1995. More notable for our purposes, however, is the restaurant at the top of the 105 story Ryugyong Hotel, which began construction in 1987, then halted in 1992, due to lack of raw materials (such as food for the construction workers). There followed a 16 year lack-of-tea break until work resumed, in 2008, after a Middle Eastern multinational offered to take on the task. So, once again we can look forward to two people in neighboring revolving restaurants in a country where many are starving, waving across the void as they circulate their separate ways. Clearly a poignant message for all of us, though I’m not sure what it is. 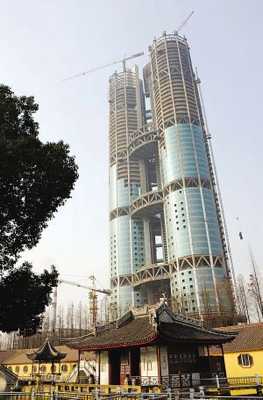 “New Village in the Sky”, Asia’s largest revolving restaurant, is to open in the village of Huaxi, two hours North of Shanghai. This village of 2,000 people is completing a 74 story tower, and the restaurant will doubtless feed some of the 3 million Chinese tourists who visit the, somewhat Swiss-looking village, each year to understand how it became so wealthy. (By living the Chinese dream of cuckoo clocks, private banking and fondue?) Merely building the tower has increased the footprint of the village by over 30%, while increasing the number of local revolving restaurants by considerably more than this. 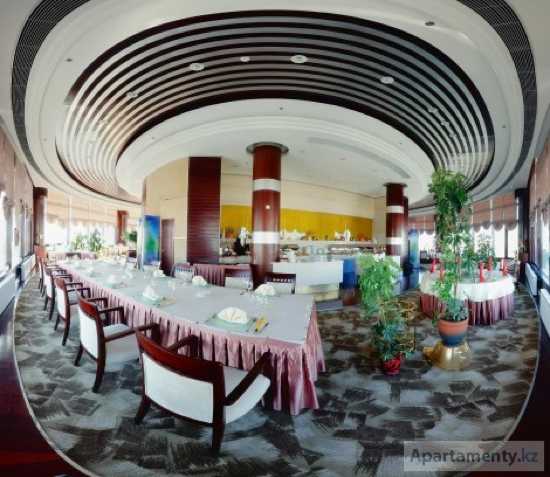 The aptly named “Kazakhstan Revolving Restaurant” in Astana, is a revolving restaurant in Kazakhstan. The name may be defensive positioning, given that it is at the top of the local “Beijing Palace” Soluxe Hotel, a tiny island of China in the steppes. Or the name may be another incident of the global “Couldn’t give a toss about the name, really” brand alignment typical of today’s revolving bistro.

This place has the unfortunate distinction of being the only revolving restaurant “outed” by Wikileaks. In one diplomatic cable we can read that it “provides a spectacular panorama of Astana and the empty steppes beyond, but it seems to revolve at varying speeds and sometimes can be a bit too fast on a full stomach and after a few glasses of wine.” Despite these alleged mechanical glitches, it is claimed to have been a regular venue on the diplomatic circuit, noted as the place where the US Ambassador requested Chinese support for a supply route to Afghanistan (and the Chinese demurred). 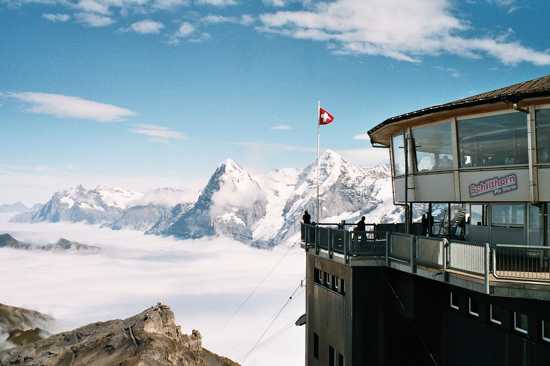 Of all the revolving restaurants discussed here, this one seems to have a history of managers/owners with a flair for business. They partly funded construction of this beautiful mountaintop cafe by inviting the production company behind James Bond movies to furnish the interior and build a helipad, in return for filming climactic scenes for On Her Majesty’s Secret Service – it’s arch-villain Blofeld’s “Allergy Clinic”. They are still wisely milking this today: one of the most popular menu options is the James Bond Breakfast, which actually would not be very good for people with common allergies at all (“More gluten, Mr Bond?”). In a further effort to control costs, this is the first solar powered revolving restaurant, raising the possibility it will still be quietly spinning long after humans have given up on Earth and gone elsewhere. 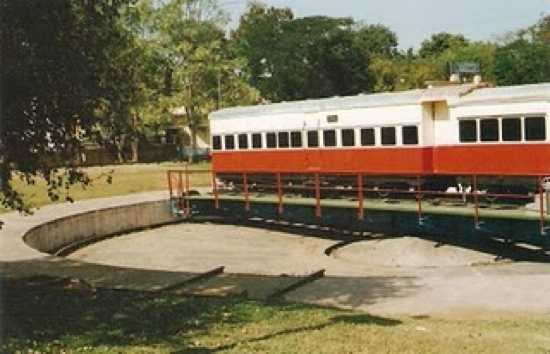 Not all revolving restaurants afford a panoramic view. Reflecting on potential uses for two carriages sat on an obsolete train turntable in a South Indian train museum, the owners had two ideas. The first one, quoted by a local official was, “We can have an LCD TV in here!” The second idea proved to have more long-term potential – it’s a spinning canteen. According to one hobbyist “The movement is a bit wobbly, but only serves to heighten the pleasure, making you feel as though you are moving along in a slow train trundling along the track”. Daily train commuters, perhaps especially in the UK, will ponder why the hell anyone would think this was a good idea. On the other hand, if they ever got around to buying that LCD TV… 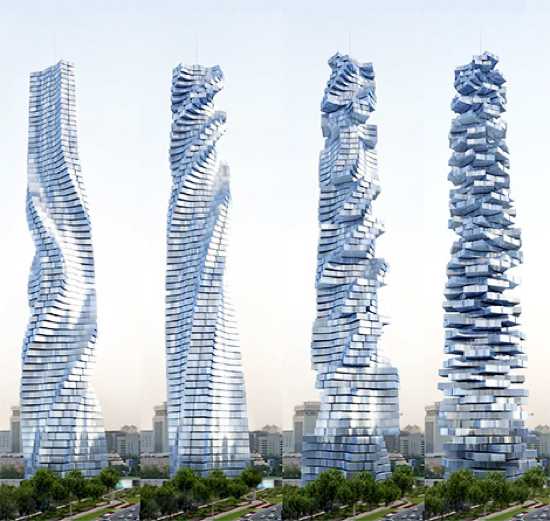 Finally, we leave food far far behind us, probably as a result of motion sickness: The Dynamic Tower, a proposed building in Dubai (where else?), moves us to a new plain. Who wouldn’t love an 80-story tower where every single floor rotates? Proposed in 2008 (and still under wide discussion with developers), this is a breathtaking plan, involving as it does the longest consecutive circular taxi drop-off point in history. (“Here! … No, here! No wait…”)

I don’t know how you feel about hubris, but let’s quickly review some of the plan. Among other claims, the building will be another solar-powered one, but with this one generating enough power to fuel five similar buildings. Supplementing the solar panels will be wind turbines between each floor. Furthermore, the technology used for in-flight refueling of aircraft would pass clean water between floors. As the building will be modular and prefabricated, it will take less than half the common number of skyscraper construction workers to build it. And each floor would be a restaurant of a different cuisine (all right, that’s not true). Also, it will be possible to align all the floors and create the exciting illusion of a building that is not revolving at all (actually, that might be true)!

Without wishing to discredit some rather fabulous ideas, does this sound credible? Notably, architect Richard Fisher did not “say where the tower would be built, […] because he wanted to keep it a surprise.” Also, the answer “it will be solely built in my imagination” is not very compelling.