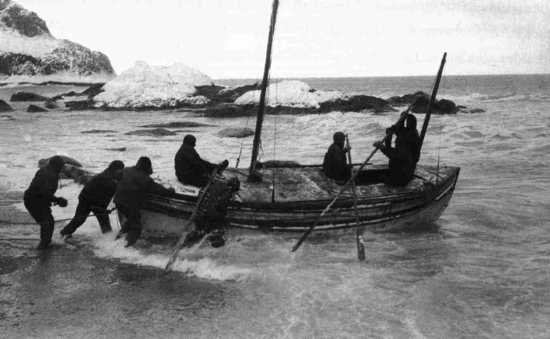 A tragic 1914 expedition went bad after getting crushed by a large section of ice. This led to Ernest Shackleton’s fight for survival. Shackleton, over the course of two years, safely led a boat crew through the nightmarish Antarctic waters, until he found an island. It was called Elephant Island, and was an ice covered mountain island off the coast of Antarctica. These islands were in the outer reaches of the South Shetland Islands, in the Southern Ocean. This island got its name for the large elephant seals that inhabit it, which was lucky for Ernest Shackleton and his crew, as they were able to survive off this food for a while. It left for a sticky situation in which Shackleton went open-boat journeying in the hopes of finding a whaling station. This was called “The Voyage of James Caird”. Luckily for the group, through a stormy and perilous ocean, they were able to find an unclaimed southern island, and as they crossed the landscape they found a whaling station helping the island crew. 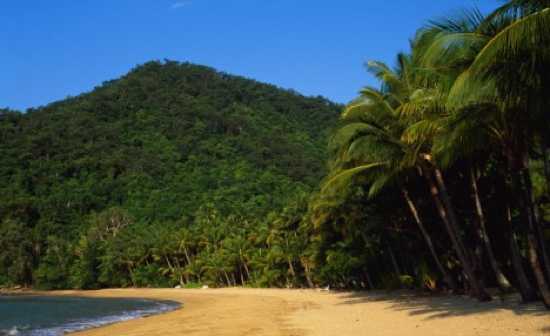 A truly amazing story, indeed, as it was no human who had survived this event. During a family yachting trip in Australia, in 2008, a cattle dog named Sophie, who was four years-old, had fallen overboard on the yacht. The yacht was close to the harbor, but instead the dog swam 6 miles in a different direction. To make this story even more amazing, Sophie had traveled over open shark-infested waters! Truly a heroic story; the dog traveled to a small island that happened to be in its direction. This island contained lots of vegetation and plenty of wild goats, which Sophie would hunt and eat. This was soon reported by the locals, and when the family heard, they headed towards St. Bees island and found her safe. Today, Sophie lives with her family. 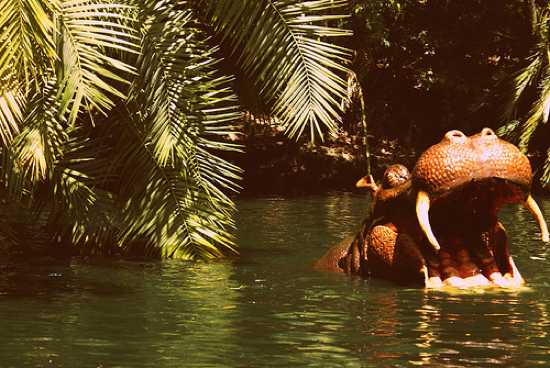 Sticky Situation: In the mouth of a giant hippo.

River guide Paul Templer had once fought for the British Army, but afterwards decided to become a guide in the rivers of his home, Zimbabwe. With this type of job comes many hazards, and one of the most common attacks come from a hippo. On one occasion, this happened to Paul Templer. A hippo mauled Paul and tried to eat him, when the canoe he was on was being attacked. His head was now in the mouth of a hippo, and as he tried to escape he lost his arm and after that a foot. This attack became famous, and Paul is currently a coach and a public speaker for a children’s charity. 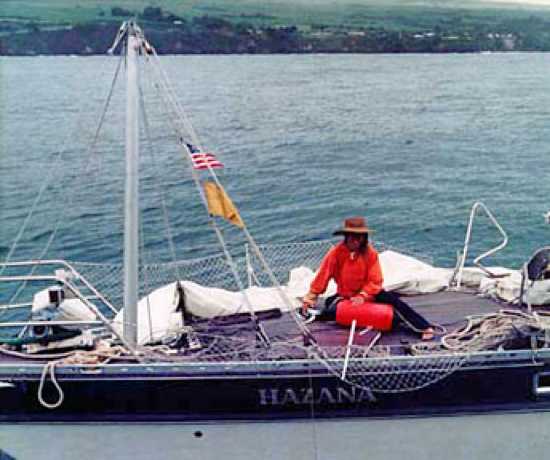 Tami Ashcraft was sailing, with her boyfriend, to sell the sailboat they were currently on. Disaster struck as Hurricane Raymond brought waves up to 50 feet, leading to Tami being knocked unconscious. She awoke to the sight of a broken sail boat and found that her boyfriend wasn’t on the boat. He was assumed to have drowned. She was now clueless as to her position but managed to fix the boat’s makeshift mast and sail on. For forty days she lived off what was supposed to last her only a couple days, and finally she was able to find Hilo Harbor, in shock, but alive. 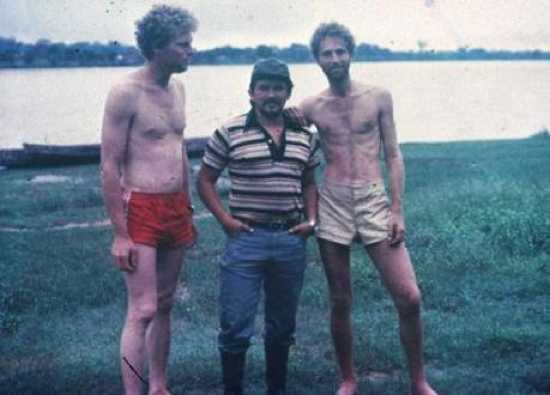 Sticky Situation: Trapped in the Amazon.

Yossi Ghinsberg was traveling down the Amazon River with a group that was not truly prepared for the trip, and they became lost. There were four of them, and the worst thing they could have done was split up, but two groups were created and each pair went their separate way. As the rivers became more powerful, Yossi and his friend, Kevin, were both separated. Yossi had gotten the worst of it as he was now in the unpredictable and untamed wilderness of the Amazon jungle, alone. Luckily for him, his friend Kevin had found some locals that were eventually able to find Yossi and get him back to a civilized society. The search for Yossi had taken 19 days, so Yossi had survived long, terrible circumstances. As for the other pair, they were never heard from or seen again, as if the Amazon had swallowed them up. 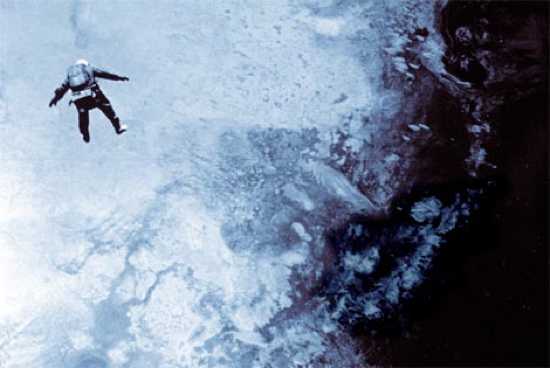 Sticky Situation: Jump with a parachute at the edge of space?

Former U.S. fighter pilot, Joseph Kittinger, tried something that had never been heard of – skydive from the edge of space. At the time, he did not know that he jumped from the edge of space, as it was 1959, but Joseph had worn a special suit with a breathing apparatus as they were well aware of the lack of oxygen. There are so many views of this on camera, but the descent itself was a very dangerous one, as his suit was ripped open, leaving room for the ice cold air to break in. This was a record-breaking free-fall jump, and it took him a very long time to fall to the earth, and he is now called the fastest person ever – when he was falling, he flew faster then the speed of sound. 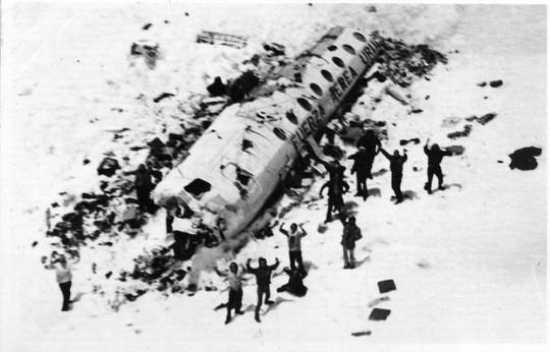 Sticky Situation: Stranded in the Andes.

This flight crew of rugby players has become famous, as it is an epic story of survival. They’re remembered primarily for their resorting to cannibalism, but this was truly an amazing story as two brave young men had decided to face the Andes. The crew had survived rough storms and some lives were lost to an avalanche, so Nando Parrado and Roberto Canessa traveled over the unknown terrain of these mountainous landscapes. They finally found some vegetation, and then a river, which they walked alongside. From there Nando and Roberto were able to seek help. and the remaining survivors of the plane crash were finally recovered. 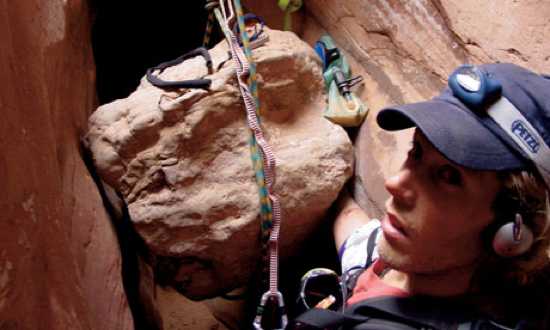 Sticky Situation: Arm trapped between a boulder and a wall of rock.

Aron Ralston had traveled through an activity filled Utah landscape, only to have a giant 800 pound boulder pin him against a wall in a small canyon. This was, indeed, a sticky situation as Aron had little food to live by, and the rest of his drinking supply was back in his car. This story was made into an excellent Academy Award-nominated movie. Aron Ralston, in this small space, had envisioned his life with many regrets. This story becomes more shocking as Aaron realized that no one was going to find him, and used a small, dull, extra accessory pocket knife to free his arm. This must have been agonizing as he had to cut through tissue, then nerve stem, then his bone. This story is too much for some, but is truly a great survival story. 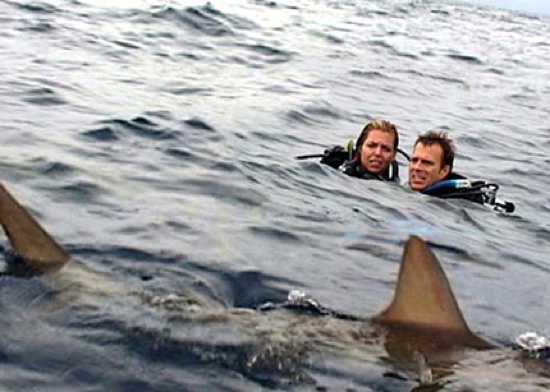 Tom and Eileen Lonergan were a couple that had completed a three year tour of duty with the Peace Corps. This couple had been diving with a boat crew, when the skipper calculated wrongly and accidentally left them behind. Over the course of three days, no one had noticed their disappearance until someone on the dive boat had found their belongings untouched. One could only imagine what would have happened over these three days, as they were never found again. A large air and sea rescue had taken place, but to no avail as the couple had simply disappeared. Their equipment had washed up onto shore, and if they had drowned and been untouched, they would have, also. As this was not the case, they are assumed to have been lost to the sharks. Their story was adapted into the movie Open Water, with altered names. 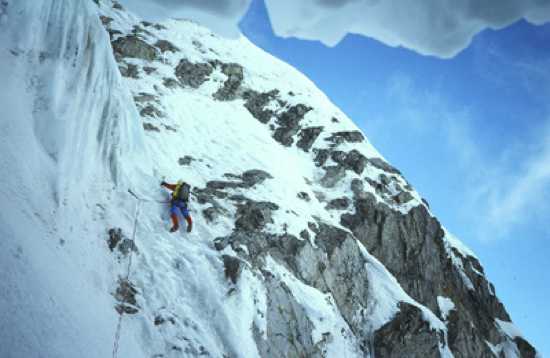 Sticky Situations: Do both of us freeze to death on the mountainside, or do I cut the rope? Trapped in a crevasse with a broken leg, do I stay and wait for help, or crawl deeper into the abyss?

Simon Yates and his friend Joe Simpson were climbing a challenging mountain, Siula Grande. As they were climbing the mountain during a stormy night, Joe could not see Simon below and was not sure how high he was from the ground. He knew that if he did not cut the rope connecting them, both of them would be trapped on the mountainside and freeze to death. He made a life-altering decision and cut the rope. Joe Simpson fell into a crevasse but survived. He had a broken leg, and realized that climbing out of the crevasse was impossible. Instead, he crawled deeper into the abyss hoping that he would find a way out of the mountain. Miraculously, he finally emerged from the ice and was able to make it back to their camp.