If you’re feeling a bit down in the dumps, we’ve got the solution. This list focuses only on positive, inspirational, and amusing stories from the last few days, which ensure that you won’t end the week on a sour note. Click here if you also want to read up on the weird happenings.

This week, we have two tales of dogs in the mountains, although one is about a heartwarming rescue while the other shows off one pooch’s steely determination. We also have a few positive accounts from the world of heavy metal. Lastly, we examine some notable feats: a record-breaking row across the Atlantic, the longest calculation of pi, and a viral challenge that’s actually worth doing. 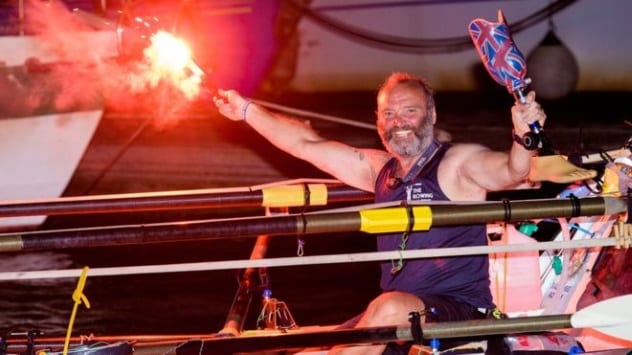 A former Royal Marine with only one leg smashed the record for the fastest unsupported solo row across the Atlantic Ocean while also raising tens of thousands of dollars for veterans’ charities.

Lee Spencer lost his limb in an accident but was adamant about proving that “no-one should be defined by disability.” The 49-year-old father of two from Horrabridge, Devon, made the 6,115-kilometer (3,800 mi) journey from mainland Europe to South America in just 60 days. This not only made him the first disabled person to row from continent to continent, but he also beat the able-bodied record for that route by 36 days.[1]

During his journey, Spencer slept only two hours per day. He also had to contend with waves over 12 meters (40 ft) high and a bout of gastroenteritis. He set off from Portugal and arrived in Cayenne, French Guiana, on Monday. His trip actually had a slight detour, as Spencer had to stop in the Canary Islands to fix his navigation system.

Back in 2016, Spencer and three other former servicemen became the first team of amputees to cross the Atlantic. This time, his record-setting journey also helped raise over £55,000 ($72,000) for charities near and dear to Spencer’s heart, such as the Royal Marines Charity and the Endeavour Fund.

The power of social media turned a man’s new doughnut shop into a success following a tweet from his son that went viral.

Last Saturday was the grand opening of Billy’s Donuts in Missouri City, Texas. There was only one problem: No one showed up. This left the owner feeling a little down. Trying to drum up some interest, his son, Billy By, posted a few photos on Twitter of his sad dad and his empty doughnut shop.[2]

Those images resonated with the online community, and the post garnered over a million likes and shares in just a few days. Moreover, customers came in droves to Billy’s Donuts, and the shop has sold out multiple days in a row. Suffice to say that the store has turned into an overnight hit, and Billy’s dad isn’t so sad anymore. 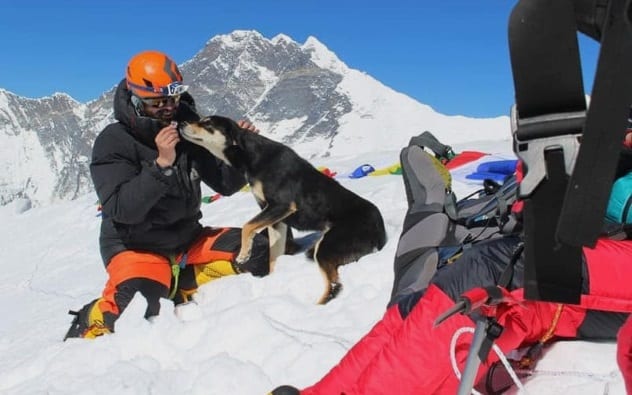 A stray dog named Mera might have accidentally recorded the highest climb for a canine after befriending a mountaineering expedition and scaling almost 7,130 meters (23,390 ft) to the top of Baruntse in Nepal.

Dogs are a pretty common sight at the Everest Base Camp, 5,360 meters (17,600 ft) up. They will even climb to Camp II, which is 6,500 meters (21,300 ft) high. However, Billi Bierling of the Himalayan Database believes this to be the highest recorded climb of a dog according to expedition documents.[3]

Mera is a 20-kilogram (45 lb) stray who appears to be a cross between a Himalayan sheepdog and a Tibetan mastiff. She joined the expedition when it was already almost 5,200 meters (17,000 ft) up and formed a bond with Don Wargowsky from Seattle, who shared his tent and food with her.

The Sherpas said they have never seen a dog like Mera before, and some even came to believe she was blessed. Clearly, this wasn’t her first climb. She seemed unfazed by the altitude and the precipices and still had energy to play and run even after reaching the summit. 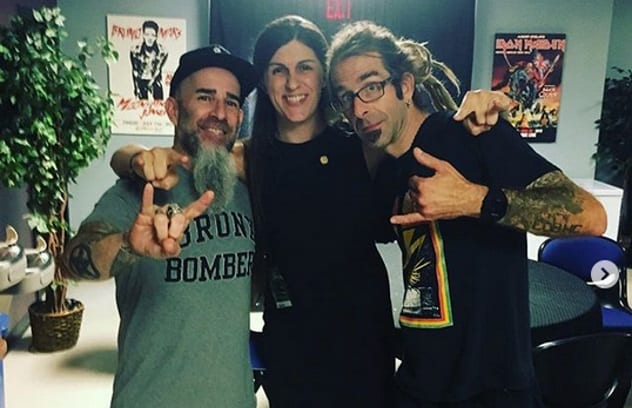 Heavy metal vocalist Randy Blythe led a kazoo “counter-party” to drown out a protest by the Westboro Baptist Church (WBC).

The WBC is a controversial church which has often been described as a hate group. It first gained infamy for protesting military funerals with inflammatory slogans such as “Thank God for dead soldiers” and “God hates f—s.” Since then, they have protested pretty much anything that would gain them some attention.

Recently, they intended to stage a protest against Danica Roem, the first transgender person elected to the Virginia State Assembly. This didn’t sit well with Randy Blythe, a resident of Virginia and Roem’s friend. He is best known as the singer for heavy metal band Lamb of God.

Blythe reached out to his followers on social media and invited them to a counter-protest to show the members of the WBC their “famous Southern hospitality.”[4] He stressed that their gathering would be full of colorful outfits and loud kazoos, their strategy being to simply drown out the protest. He advised attendees not to engage with the WBC in any way, knowing that they are looking for disputes, even fights, because that is when they attract the most publicity.

6 Rescue And Reunion For Family Pet 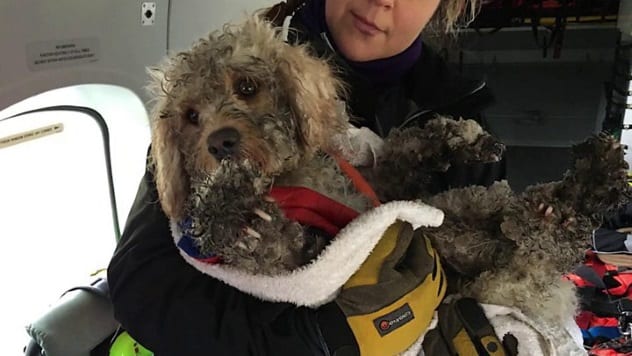 A helicopter crew with the Inverness Coastguard mounted a daring rescue of a dog that became stranded in the Cairngorms in Scotland.

Ben is a Bichon Frise/Cavalier King Charles mix who went on a trip with his family near Lake Avon. On Monday, he ran away and became lost as snow and storms engulfed the region.

On Wednesday, a team from the Coastguard was doing winter training at nearby Stag Rocks. Crew members spotted Ben stuck on a ridge above a 60-meter (200 ft) vertical drop.[5] In a moment of serendipity, the weather cleared just in time to organize a rescue.

One of the Coastguard members was lowered from the helicopter, picked up the pooch, and lifted him up to safety. Ben was scared and cold, as his fur was caked in snow, but uninjured. A vet gave him a quick checkup before reuniting him with his family. 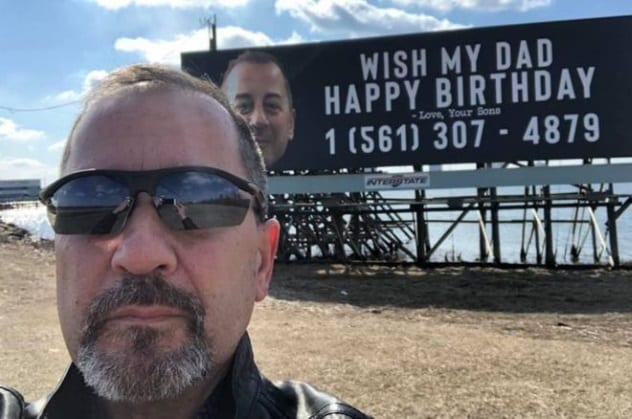 A 62-year-old man from New Jersey has received tens of thousands of birthday greetings after his sons put up a billboard asking strangers to wish him a happy birthday.

Michael and Chris Ferry are in Florida right now and couldn’t be with their father, Chris Sr., in Linwood, New Jersey, to celebrate his birthday. Even so, they decided they would give him one to remember. They rented a billboard with their dad’s face and phone number on it and simply asked people to wish him a happy birthday.

Chris first got wind of his sons’ plan when he received a greeting from a man named Nick. When asked how he knew Chris’s birthday was coming up, the stranger replied that he saw it on a billboard. Since then, tens of thousands of people from all over the world have called or texted Chris Ferry to commemorate his birthday. Some of them shared anecdotes about their own fathers or mentioned persons who shared Chris’s birthday. He even got recognized in public a few times by people who call him the “billboard dad.”[6]

The sons were completely blown away by the response, as they thought only a few locals might take them up on their request. They said the idea originated from a prank they pulled when they were kids. Their dad would take them to restaurants after their hockey games, and they would say it was his birthday so that the waiter would bring him free cake. They already suggested that next year, they might rent a larger billboard.

4 The Biggest Slice Of Pi 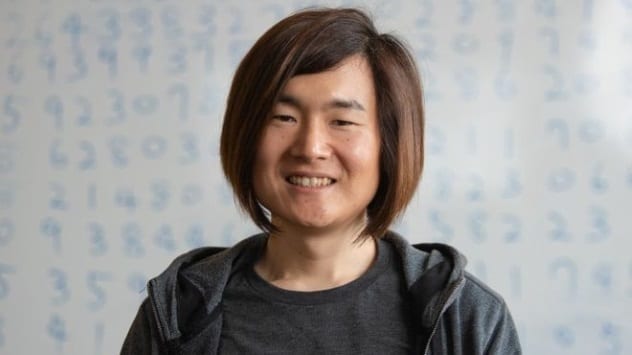 This Thursday was Pi Day. Fittingly, a Japanese Google employee broke the world record for the length of the value of Pi by calculating the number to 31 trillion digits. This is nine trillion more than the previous record.

Pi is a special number. It is an irrational number which has been used in mathematics for thousands of years. Nowadays, it still plays a vital role in engineering, physics, and space exploration, among others.

Most of us know it as 3.14, but pi has an infinite number of digits. However, calculating the series of digits in pi is difficult because they don’t follow a set pattern. This has become a favored pastime of mathematicians, who see it as a challenge. Up until recently, the record for longest calculation of pi was 22 trillion digits. However, Emma Haruka Iwao extended it to 31.4 trillion digits.[7] The number is so long that it would take 332,064 years to say it aloud.

As a Google employee, Emma made use of the company’s resources. It took 25 machines 121 days and 170 terabytes of data to calculate the latest pi. Already, she hopes to expand the number even further in the future. 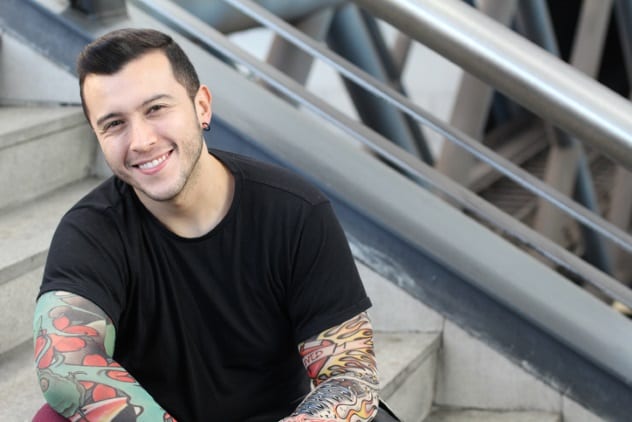 A new study published in the Royal Society’s Open Science journal indicates that death metal music does not incite violence, nor does it desensitize its listeners.

Professor Bill Thompson from Macquarie University in Sydney, Australia, has been investigating the emotional effects of music for decades. His latest experiment shows that fans of death metal “are nice people” and unlikely to hurt others due to the music they listen to.

The test was based on a phenomenon called “binocular rivalry.”[8] Eighty people took part: 32 death metal fans and 48 non-fans. They had to look at pairs of images (one for each eye) while listening to music. One image was neutral, while the other one was violent. A normal response focuses more on the violent representation because the brain deems it a threat.

The other part of the test involved listening to music to see if death metal actively changed the subconscious response. First, participants heard the cannibalism-themed track “Eaten” by Bloodbath, a good representation of the genre. Then, they listened to something deemed the complete opposite—“Happy” by Pharrell Williams.

Death metal fans displayed the same bias as regular people. This shows that they still share the same sensitivity to violence as everyone else. 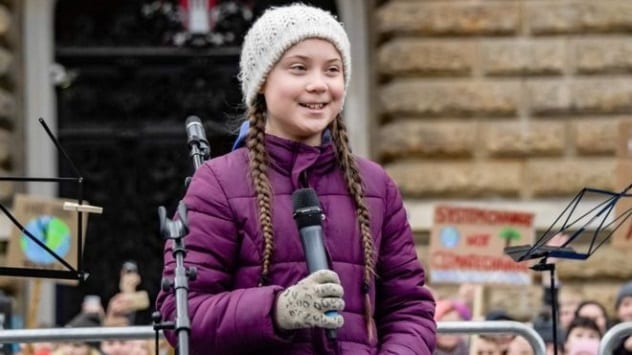 On Friday, tens of thousands of students walked out of school and staged protests in over 100 countries to challenge politicians to become more proactive when it comes to climate change. This youth movement started with just one Swedish girl, who has now been nominated for the Nobel Peace Prize.

Greta Thunberg is a 16-year-old girl from Stockholm. Back in August of last year, she began a solo demonstration which has since evolved into a global phenomenon. She continued her protest at the UN climate change summit last December and at the 2019 economic conference in Davos.

Greta’s nomination came courtesy of three Norwegian members of parliament.[9] Under normal circumstances, the names of the nominees and nominators are kept secret for 50 years. Greta is just one of 301 candidates who will be in the running for the Nobel Peace Prize this year. The winners will be announced in October and receive their awards in December. 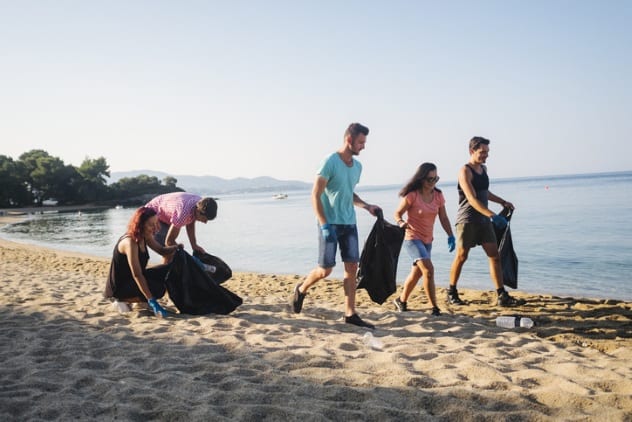 There is a new Internet challenge that has gone viral. Most such trends are often stupid, dangerous, or, at the very least, pointless. But this new movement actually does some good. It is called the #TrashTag Challenge and encourages people to clean up public areas.

The way it works is pretty simple. Participants must clear the litter and garbage from a public spot or a natural space. They must show their work by posting before and after photos, and then they can nominate someone else to clean another space.

The #trashtag idea was actually part of a 2015 campaign developed by outdoors gear retailer UCO.[10] However, the concept recently picked up global steam after a Reddit thread went viral. Already, there have been tens of thousands of online posts using the #trashtag hashtag which show people cleaning up public areas as part of the challenge.