Callimachus, librarian of Alexandria, once said “A big book is a big evil.” Today most publishers will not look at a book of anything less than novel sized from an unknown author. The thinking seems to be that a slim book must be slight in every way. Here are ten of the best books that are what my teacher used to call ‘one-sit reads.’ Disclaimer – Length of time you are willing to sit may vary depending on patience and comfort of seat.

10
The Old Man and the Sea
Earnest Hemingway 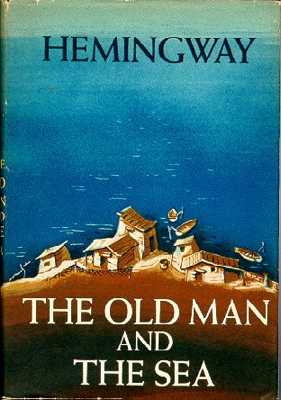 This was the book which won Hemingway the Pulitzer and Nobel Prizes. Not bad for a book which comes in at around 110 pages. It tells the story of an old Cuban fisherman, Santiago, who has not caught anything for 84 days. This streak is so bad that his devoted assistant, Manolin, has been forced to take other work. On the 85th day, the fisherman takes his boat out to new waters and lets his bait go deep. When a gigantic marlin bites, it becomes a bodily struggle between the old man and the fish. Hemingway denied putting explicit symbolism in his works, preferring to let readers find their own meaning. The ability of the work to support multiple interpretations has made it popular with the public ever since its publication. 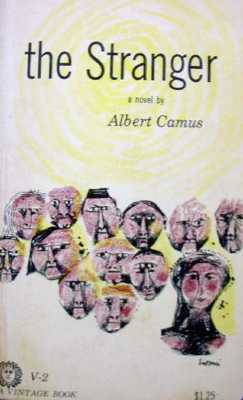 This is another work by a Nobel laureate, but of a completely different sort than the bluff, manly works of Hemingway. The Stranger tells the story of a man, Meursault, who’s mother has just died. At her funeral he displays no emotion. He then becomes involved in assisting a friend in getting revenge on the friend’s supposedly unfaithful girlfriend. The turns of this plot of revenge will lead to Meursault, for no obvious reason, shooting a man dead. Meursault’s indifference and atheism infuriate everyone and he is sentenced to death. Waiting to die Meursault considers the coldness of the universe but comes to find comfort in the ‘gentle indifference of the world.’ A deeply philosophical work, it may take more sitting and thinking than one’s buttocks can take in a single session to fathom out the meaning. 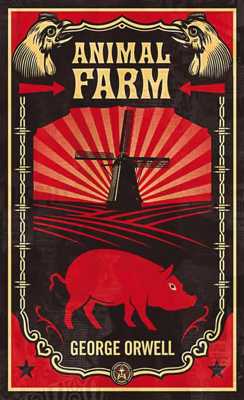 Called a fairy story by Orwell, Animal Farm is an allegory for totalitarian regimes of the 1930s, particularly the Stalinist regime of the Soviet Union. In a hundred or so pages Orwell charts a revolution on Manor Farm where the animals drive out their human overlords, and how the Utopia they seek to create is driven astray. The story is not easy reading as every member of society comes under attack for allowing totalitarianism to rise; the unthinking sheep who follow every new diktat, the pigs who turn everyone’s work to their benefit, the intellectual donkey who sees what is happening and does nothing, and the hard working horse who trusts blindly in the people in charge. These are all too human mistakes.

7
All Quiet on the Western Front
Erich Maria Remarque 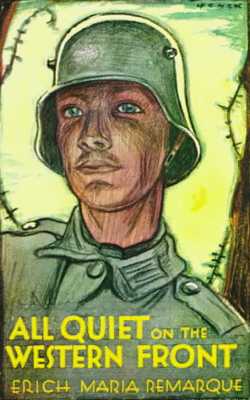 All Quiet on the Western Front is the story of the lost generation of boys who went off to fight in the First World War. Narrated by Paul Bäumer it tells of the disconnection men who fought feel from their lives before the war, and the uncomprehending people who wait at home for them. Before the war, the boys are puffed up on patriotism and the epics of Homer, and pushed into enlisting by men too old to fight themselves. As the war goes on, all of Bäumer’s friends are killed and he finds he no longer cares about the future. The book ends with a message reporting “Nothing new in the west.” All the deaths and stories the book tells are reduced to one line for the people for whom these men ostensibly died for. 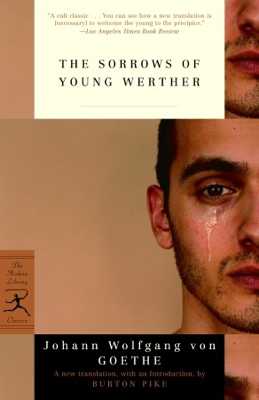 This book sparked a wave of suicides when first published, so best to wait until you are feeling stable before reading it. The story is told in letters between a temperamental young man, Werther, and his more settled friend. Werther is a romantic person with a love of drawing and poetry, though his father pushes him to take up a profession. While living in the country he becomes enamored with Charlotte, his Lotte, despite her being engaged. This love consumes Werther, and when Lotte’s fiancé, and later husband, Albert forces Werther to leave them alone, it pushes Werther to suicide. Dressed in the suit in which he first met Lotte, he shoots himself. Goethe, whose other works were on far grander scales and themes, came to dislike being associated just with Werther. But late in life he admitted that he thought it would be bad for a person not to have felt as Werther did, at least once. 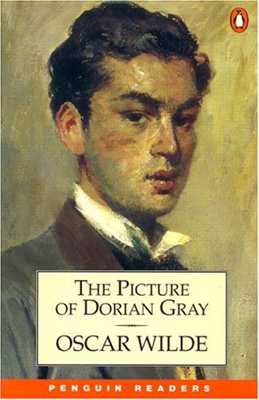 The Picture of Dorian Gray is the sort of book you would expect from Wilde. It is packed with wit and overflows with sumptuous detail. It tells the story of Dorian Gray, a sweet young man of money, who is corrupted by the world. Or is he corrupted by himself? When Dorian’s angelic face is captured flawlessly in paint he wishes that it was the painting which would age and that he could stay forever the same. As Dorian descends into sin and vice the toll of these is taken on the painting, where the face becomes cruel and twisted. Unable to look on the ruined picture Dorian hides it in his attic. Dorian makes an attempt to regain his innocence through good works but finds it hollow. In the end, he murders even the friend who loved him best and destroys the painting, breaking the wish which became a curse. To us the veiled hints at homosexuality are clear and the prim Victorians found this work upsetting to their sense of decency. If a book was upsetting to Victorian morality it is often worth a read, and that is certainly true of this one. 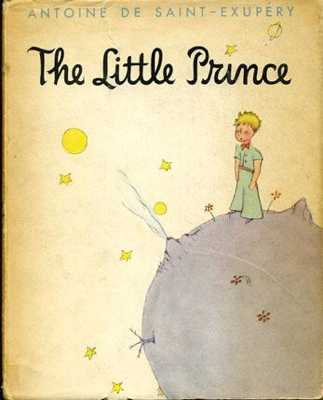 The Little Prince is one of those children’s books that offer a great read whatever your age. Deceptively simple in structure the book tells the story of a Prince who rules over an asteroid, and his adventures as he travels to Earth. The adults he meets ruling their own asteroids are comic masterpieces. There is a king who wishes to sentence the rat he suspects lives on his asteroid to death. However, he would also pardon the rat if he ever caught him; “For the economy’s sake. There’s only one rat.” Some find the end of the Prince’s travels too much for young children, and some find it hard to understand even as adults. 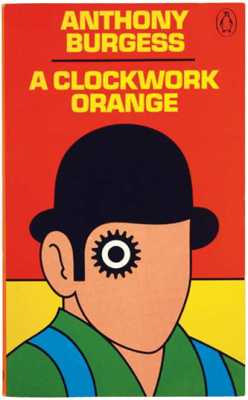 Perhaps the most notorious book on this list, A Clockwork Orange was written in just three weeks, to earn money quickly. Burgess would later wish he had never written it, claiming it was misunderstood. The story is set in a dystopian future, and follows a gang of teenagers who revel in performing ‘ultra-violence.’ The book does not hide from describing the terrible things done by the gang, and the narrator, Alex, speaks with a flat voice as though weary of everything. The book follows Alex’s treatment for his addiction to violence, and how it affects his attempts to re-enter society. Definitely worth reading if you enjoyed the Kubrick film as, the book’s final chapter changes the meaning of the story significantly. 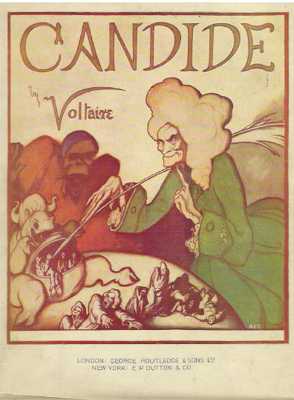 Candide is a young man raised under the influence of a teacher, Pangloss, who teaches that this is the best of all possible worlds, and all that happens is for the good. The book then proceeds to test this theory by subjecting the characters to the worst the world has to offer. Every page contains a new horror and should, by all rights, make for a very depressing book. Even after earthquakes, attempting hangings, beatings, impoverishment and disfigurement by syphilis, Pangloss clings to his optimism. Candide, however, learns his lesson that this is not the best of all possible worlds, but since it is the only world we have we must make do. As Candide says “We must tend our gardens.” 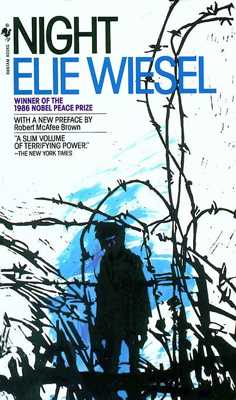 Night is the account of what Wiesel experienced as a young boy in the Holocaust. Eliezer, Wiesel’s stand-in for himself within the book, is a studious young Jew who wishes to learn all he can about the Kabbalah. Unfortunately, it is the Second World War and the Hungarian government is coming under pressure to restrict the rights of Jews. Night tells how Eliezer loses his mother and sister in the concentration camps. He comes to hate his father in the camp, as his father requires Eliezer to take care of him. The pious boy finds he can no longer believe in a god who would allow this to happen. Yet Eliezer survives the camps and must now reconcile what has happened with life after the Holocaust. Those who find Night too harrowing might be interested in Wiesel’s other books, Dawn and Day.