A songwriter has many foes. He must fight many battles: the battle for attention, the battle of self-sustenance, the battle against greed and complacency and integrity. But none of those battles should be against his very audience. By having his music used for this purpose, he becomes a public enemy of sorts. Trying to keep musicians in line and away from anything detrimental to the name of art, here are the top ten inappropriate uses of music.

Have you ever been listening to your favorite song and wished it could be redone by a bunch of cacophonous twelve year-olds. That wish has been granted by the Kidz Bop franchise, which does this very deed, making Rhianna – and whatever else contemporary and mainstream – sound kid-friendly, like it’s being chanted from the back of a school bus. It certainly gives hope to all the undiscovered Rebecca Blacks out there, who seek to convert mediocrity to obnoxiously-omnipresent commercial success.

Because absolutely every song should be a flamboyant show tune, Glee filters the radio through a high school musical. Lady Gaga, Elton John, My Chemical Romance and Fleetwood Mac have all been Glee-ffected, not once complaining about another chance to sell a few extra million records. Kings of Leon and Foo Fighters, however, have refused to allow their music to be bastardized and thus maintain integrity; these musicians, it should also be noted, work hard for their money, touring to no end. 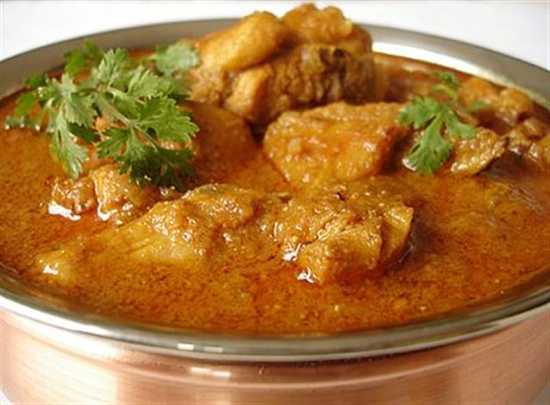 There’s hardly anything more crass than making music about food. Whether it be in a jingle for Subway or McDonald’s, or in a Jimmy Buffet song, emoting about what you enjoy stuffing in your gourd is as gluttonous as gluttony gets, and completely American. Who else derives so much inspiration from their fat gut? You don’t hear Indian songs about curry… 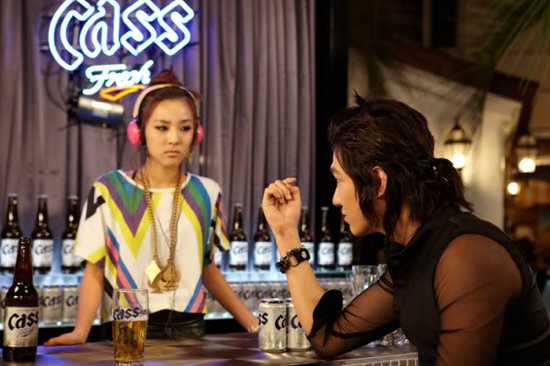 Music and beer both equate to a good time, but in separate terms. Beer loosens the spirit and enhances sensual perception. Thus, people who are drunk like most of what is played for them, regardless of how rudimentary. What doesn’t fly is the opposite: music doesn’t make beer anymore enjoyable, but leave it to a Budweiser or Miller ad to try to use good music to make their beer more appealing. A lot of indie rock, including Jet and Cold War Kids, have found its way to commercials depicting attractive people in bars having a good time. The idea seems to be to recreate a party atmosphere so viewers will be led to believe the beer brand is a vital part of the equation, but that is classic deception.

Lindsay Lohan and Paris Hilton both have albums. Yes, this is true. None of them are a singer by trade, but that didn’t stop them from entertaining their delusions. They aren’t talented in any other way, but their sex appeal and tabloid scandals keep them scrubbing the toilet bowl of relevance, and so they go on to pursue other ventures (reality TV, perfume lines, magazine spreads, etc.) to keep their names in all our heads, as well as inside truckloads of unsold CDs. The sooner they burn out, the better. But the out-of-thin-air singer fantasy seems to show no sign of stopping: Kim Kardashian, Leighton Meester, and others of sex tape fame have taken their respective shots at being over-synthesized pop music miscarriages.

5
To Sell Any Product 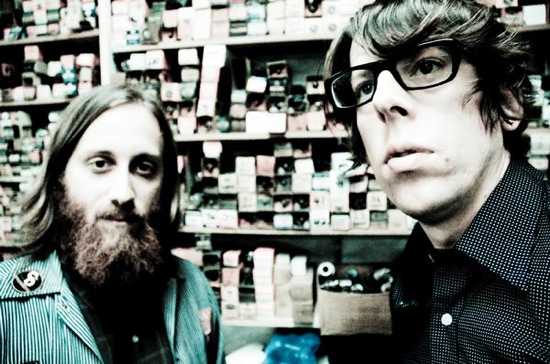 Music can be used for a lot of good: to raise money for hurricane victims, starving third-world nations, and myriad disease-treating foundations. It can also be used to line the breast pockets of some fat business mogul. Music should exist for its own sake, but all too often is it used in television commercials to make the contents of the ad seem more appealing. A lot of bands agree to let their music be used, which, for a struggling musician, is logical. It guarantees them a healthy check as well as a heightened level of exposure. Dan Auerbach of the Black Keys, who has allowed his songs in many commercials, including car ads, said in an NPR interview that television commercials are kind of the new radio, a way to get heard by those who like to watch things.

4
As a Form of Torture 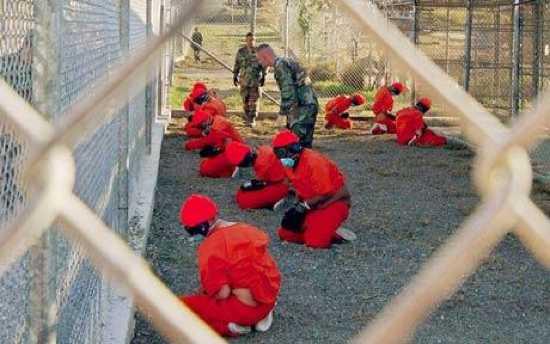 Guantanamo Bay has been found to do this. Playing Eminem, AC/DC, and even the Sesame Street theme song, at deafening volumes and on loop for inhumane lengths of time – captives have been turned insane and suicidal, beyond simply being lulled to confess. Musicians like Tom Morello of Rage Against the Machine has since refused the rights to have their music played for this cruel purpose.

3
To Recruit for the Military 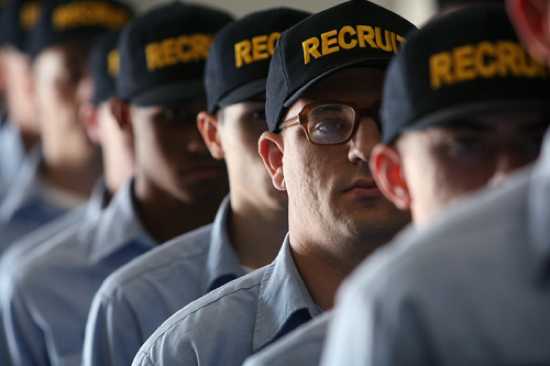 A few years ago Jack White of the White Stripes sued the U.S. Military for having the likeness of one of his songs appear in an Air Force propaganda ad during the Super Bowl – and he had every right to. Using the positive feelings associated with the song to underscore an ad endorsing nationalistic pride is the very definition of propaganda, and evoking a popular song (‘Fell in Love with a Girl’) in an ad aiming for military recruits is completely dissembling. Jack White, via the White Stripes’ website, said he doesn’t want his music used in an ad campaign recruiting troops for a war he doesn’t support (although he was sure to clarify his support of the troops). Meanwhile, Disturbed has no problem letting its anger-anthem continue to nourish the violence-craving emotions of confused teens tempted by any brutish Navy ad.

2
To Spread Hate and Aggression 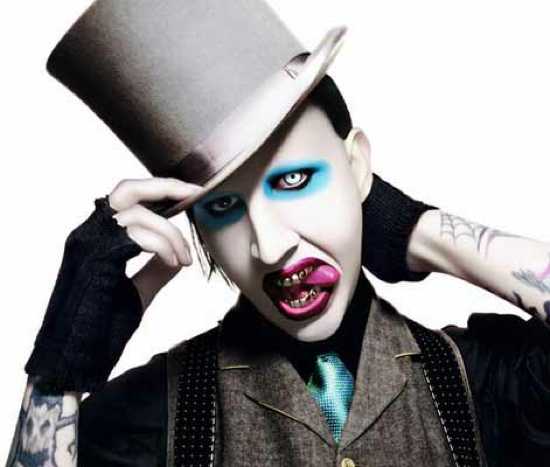 Music is meant to inspire peace and a sense of community, as well as appeal to the emotions, but some music thrives on taking one emotion and running with it. The result – music-listeners who perpetuate their bitterness and rage through sycophantic music, rather than channeling it properly. The flip side of music feeding lowly desires is the use of music as a scapegoat for what negative feelings already exist. Prime example: after Columbine, Marilyn Manson became a sort of martyr for all unchecked teen aggression, especially the killing kind, even when it was evident the Trenchcoat Mafia was more influenced by violent first-person shooters like Doom and by the distinctly evil-sounding German shock-metal of Rammstein. The murder of John Lennon, in 1980, should be proof alone that human evil long preceded evil music.

The worst possible transgression involving music is in its own unchecked plagiarism. Rap music somehow continues to operate under the pretense that it is actually a genre in its own right, and not someone else’s – where most songs are fabricated constructions of Pro-tools’ loop samples, or mosaics of songs written by other people, rarely is anything new actually generated, so much as stitched together and resold. Examples: Kanye West has sampled Daft Punk twice in songs he calls his own, and the song conspicuously titled ‘Opposite of Adults’ is a hack-up of the song ‘Kids’ by MGMT. For those who call these practices of a rap-prominent music community “exciting,” that’s just the thrill of a crime gotten away with. Kanye’s “King-Kong-Ain’t-Got-Nothin’-On-Me” attitude was recently challenged when he got sued for sampling the song ‘Different Strokes,’ which appeared on his collaboration with Jay-Z. Maybe that will polish his crown with a dab of modesty. Or maybe he’ll get drunk and interrupt another awards show. Learning nothing, after all, is his greatest skill.