In the world of laboratories, foam is not the froth that makes beer look crisp. Appearing as gels, solids, and even at the quantum level, foam is earmarked to improve the lives of humans in remarkable ways.

This flexible substance spawns innovation in combat, operating theaters, and robotics. It also fosters a safer environment for the public. At its most bizarre, foam lies at the heart of a mystery that questions the very nature of reality. 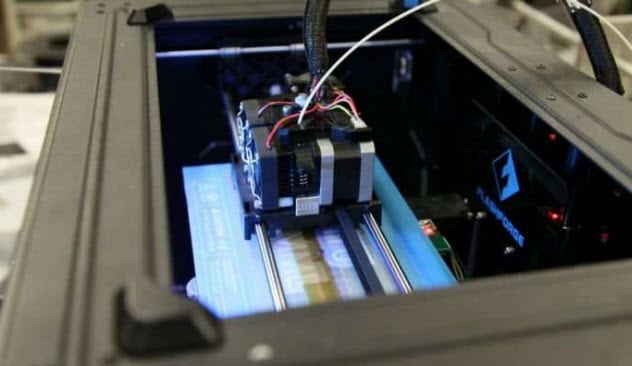 Most vehicles, ships, and aircraft contain something called syntactic foam. The material is renowned for being lightweight, tough, and buoyant. This makes syntactic parts perfect for submarines, except for one thing. They tumble from injection molds as smaller parts needing to be fastened together, and any kind of seam is vulnerable to failure.

In 2018, scientists figured that 3-D printing would solve this by printing the entire part instead of sections. It was not easy. Syntactic foam consists of billions of hollow microspheres, made of glass or ceramic, inside plastic resin.

At first, they were either crushed while mixing the resin or they clogged the printer’s nozzle. Success came when the team changed to another plastic resin and replaced the spheres with balls of fly ash. Blending the two ingredients took great control because the balls could still flatten. However, in the end, the idea worked.

Using commercially available printers, the first intact syntactic foam parts were born. This holds special appeal for deep-sea submarines. Manufacturers can now entertain the idea of printing massive parts as a single unit, enabling submarines to brave the pressure of diving deeper than before.[1] 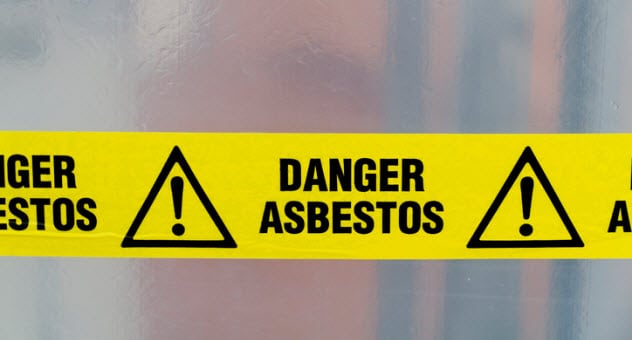 At one time, asbestos was the material of choice to fireproof buildings. Made of magnesium and silicon oxides, it was both flame retardant and kept plaster from falling off the walls.

When the truth dawned that asbestos was a potent carcinogen, it had been in use for decades and widely installed in homes, offices, and schools. Removing the material took time and a deep wallet. Worse, when asbestos is torn from a wall, some fibers can float around in the air and be inhaled.

In recent years, a Florida fireproofing firm came up with a solution. They created a special foam made of fluoride ions and acids. When injected into a wall, the chemical froth broke down asbestos fibers into a harmless silicate. Not only does it save the homeowner the cost of a new wall and possible illness, but the material that stays behind remains fire resistant.[2] 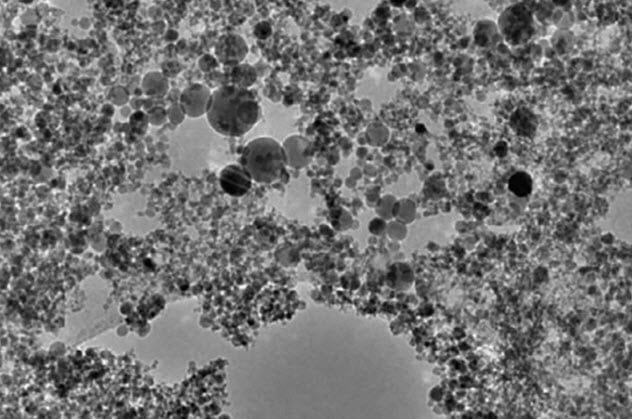 When the Russians and Koreans get together, things get interesting. In this case, the researchers whipped up the world’s first sound-absorbing nanofoam. It may not seem like much, but this groundbreaking material could save lives.

To use foam as a noise blocker is nothing new. Unfortunately, past attempts only blocked high frequencies and it is the lower range that is harmful to humans. Low frequencies such as infrasound can lead to scary health problems.

The new nanofoam is the closest that scientists have come to neutralizing the lower spectrum. It absorbed frequencies as low as 0.5–1.6 kHz. Researchers took sheets of everyday sound-absorbing foam and injected each with microscopic granules of silica and magnetite. The final steps included soaking the sheets in liquid nanopowder and performing ultrasonic treatment before being dried.[3]

The resulting material was similar to the widely used aerogels but cheaper and more user-friendly. The future of nanofoam is aimed at one day helping to absorb large amounts of noise in a given area—from inside a car to an entire neighborhood. 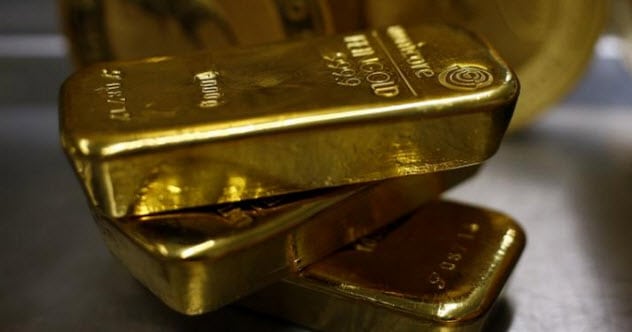 In 2015, Swiss scientists took precious metals to a bizarre new level—they turned gold into foam. Tiny fibers called amyloid fibrils were harvested from milk proteins and mixed into a gold saline solution. The result was a mass resembling a cross between strings and gel.

Air drying damaged the delicate structure, but the final step finally met with success when researchers figured out how to parch the mass with a carbon dioxide bath. The gold foam consisted of 98 percent air, enabling it to float on water.

Indistinguishable from normal gold, it might also be the next step for the metal in the jewelry business. Since the foam is a thousand times lighter than any gold alloy, a jeweler can shape the desired piece by hand.

The right color also makes some gold more wanted by the public than others. The foam’s manufacturing process can be tweaked to adjust the gold’s appearance. In particular, when reaction conditions are changed, the precious metal will turn dark red.[4] 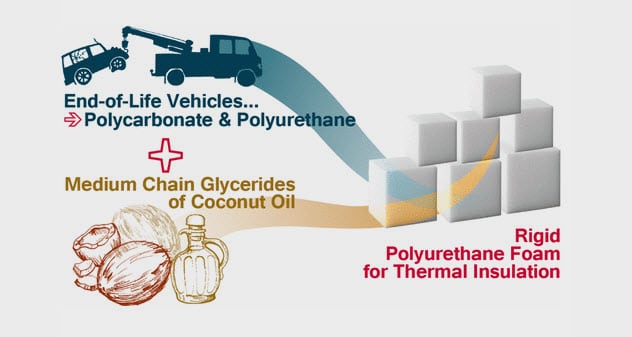 When considering how cars pollute the world, most people only think of exhaust fumes. However, cars that are scrapped from service annually contribute millions of tons of waste to the planet.

In particular, two kind of plastic are hard to reprocess. Recycled polycarbonate (PC) and polyurethane (PUR) need a complex chemical treatment often not worth the trouble.

In 2017, researchers found a novel way to recycle these cars’ plastic parts—including PC and PUR. Using coconut oil and microwaves, the scientists turned these parts into a multipurpose foam.

At first, the plastic was recovered as waste into a usable form and then merged with existing foam. Previous attempts made the changed foam brittle, but the coconut-treated plastics had no such side effect. The new foam was stable and more fire resistant.[5]

This recycling process turned two major sources of plastic waste into something with many new uses. Ranging from the mundane to the complex, the foam can stuff cushions or get used as insulation in the construction and automotive industries.

Afsaneh Rabiei, a professor of mechanical and aerospace engineering, had a special love of composite metal foams (CMFs). After spending years developing this unusual line of the foam family, Rabiei announced some of their most remarkable qualities in 2015.

For one, the material is not afraid of an armor-piercing bullet. During trials, several bullets smashed to dust against the foam. As it is much lighter than metal plating, it offers soldiers and combat-zone vehicles more maneuverability and protection.

Another ability makes CMFs the darling of anyone who hates fire because they can withstand unholy temperatures. In addition, CMFs are particularly good at blocking dangerous rays, including neutron radiation, gamma rays, and X-rays. This makes metallic foam perfect for space travel or lugging nuclear waste safely from one place to another.[6] 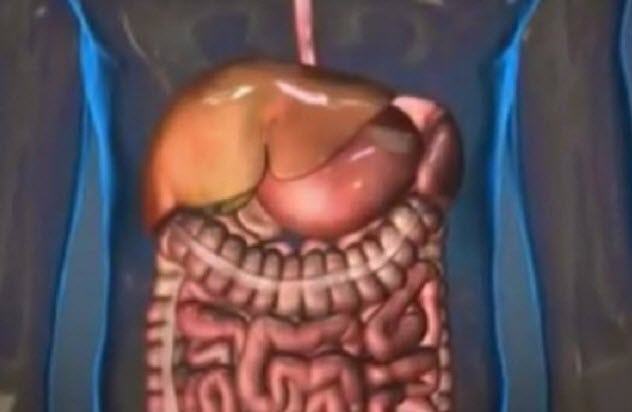 The Defense Advanced Research Projects Agency (DARPA) is known for inventing really nifty technology, but injecting huge amounts of foam into the stomach of a wounded soldier? That’s exactly what DARPA came up with (minus the soldier).

Using the next best thing, scientists took pigs and assessed the foam’s future as a tool for medics on the battlefield. In the field, internal bleeding is deadly. It needs treatment as soon as possible. But often, combat soldiers cannot reach the operating table for some time.

DARPA’s foam is injected as two liquids, and when they blend, the resulting hybrid polymer swells 30 times in volume. While it mushrooms, the foam closely hugs organs and tissue before hardening. This sealing effect slows the rate of abdominal bleeding. The presence of any excess blood does not interfere with the way the foam behaves, either.

Removal only required an incision, and about a minute later, the pig was foam free. The procedure dramatically spiked the animals’ survival rates, giving hope that the foam could keep human patients alive for long enough to reach the hospital.[7] 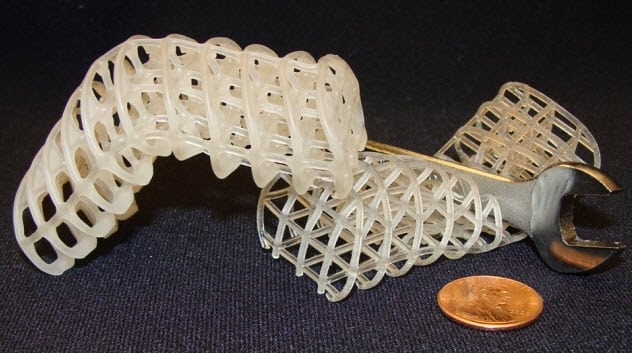 There’s a reason why surgeons, engineers, and DARPA dream of squishy robots. Shape-shifting machines can squeeze into tight spots and go deep into the debris of a disaster or behind a human liver.

In 2014, researchers at MIT managed to make a “muscle.” The discovery is the starting point for artificial dexterity that may one day rival the natural flexibility of an octopus.

Incredibly, this big step was achieved by using materials that anyone can pull off a craft store’s shelf—polyurethane foam and wax. The engineers placed a foam lattice in a container of melted wax. Wires ran an electrical current through the lattice and melted the wax. This caused the robotic muscle to soften.

To return it to a hardened state, the current was simply switched off and the wax was allowed to cool. Future evolution of the invention could replace the wax with robotic fluids that shift between solid and liquid under the influence of magnetic fields or electrical currents.[8] 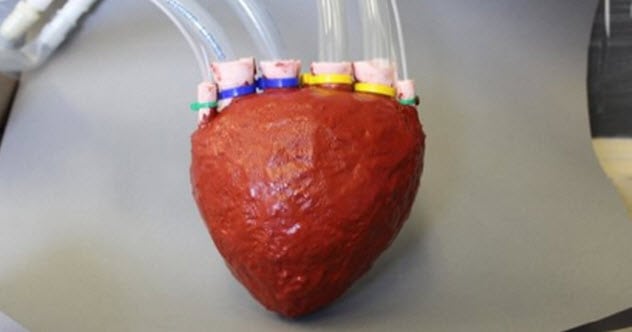 In 2015, a remarkable thing tumbled from a 3-D printer at Cornell University. It was an artificial human heart made of memory foam called poroelastic or elastomeric foam. What makes this synthetic ticker noteworthy is that it pumps like the real deal.

The cardiovascular device works with intuitive sensitivity to biological pressures and liquid flows—all thanks to the elastic foam cover. Effective blood circulation is not the only virtue of this strawberry-shaped wonder. In addition to the 3-D printer, the heart was shaped with a reusable mold—an economic advantage.[9]

Should the foam heart ever get patented and make it to the operating room, it could make heart transplants an affordable procedure. 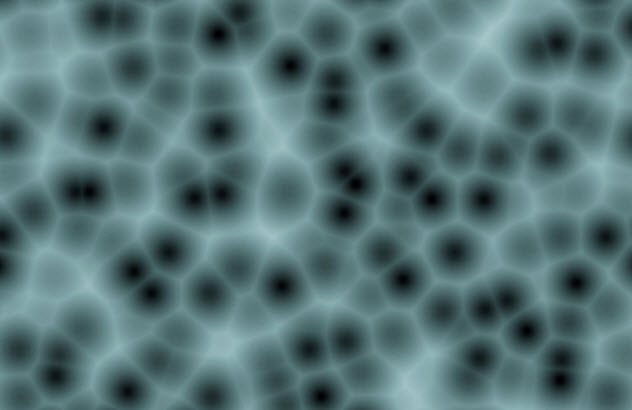 There’s evidence that the true reality of space is a chaotic froth. Physicists call these particles “space foam.” Truth be told, nobody has actually seen space foam because it is too small and, for now, exists as theoretical particles.

Space foam was predicted in 1947 by Dutch physicists who suggested that it could be observed by the force it exerted on two metal plates. Particles create waves. If space foam was real, only short waves could exist between the plates and eventually be crushed by longer, more powerful waves pushing the metal together from the outside. This so-called “Casimir Effect” was seen for the first time in 1997.[10]

However, the quantum world is rarely that simple. Another test timed two photons expelled from a stellar explosion. If space foam exists, its density would slow one down and prevent both from arriving together at a given point.

Several studies of explosions had different results. Sometimes, photons arrived together, and at other times, one won the race. It was like space foam showed up for one experiment, and then it went completely missing for the next. Should this froth be confirmed, it would not only change how scientists view the very fabric of space but also that of reality.

Read about more weird uses for everyday things on 10 Weirdest Ways Scientists Are Using Everyday Things and 10 Mind-Blowing And Entertaining Uses For Snow And Ice.