Loss is inevitable; from car keys to aging relatives, sooner or later they shall vanish from our midst and, more often than not, at a time when we need them most. While some forms of loss affect just one person or one family, others can affect an entire race of humans. Consider an example from recent times, the loss of Michael Jackson. His death resulted in millions of mourning fans, and while he wasn’t inhabiting a state of musical proliferation, as he was in decades past, he did leave behind a legacy that wasn’t quite finished (he had some unfinished collaborations in the mix, and he was preparing to tour for the first time in years). Similarly, we as humans have collectively lost many a thing we held dear, even vital, throughout history, each of which has made us question how we can possibly carry on with life as if all is well. With that in mind, here are the top ten losses to humanity which have effected a great many of us deeply, some more so than others.

10
Break-up of The Smiths 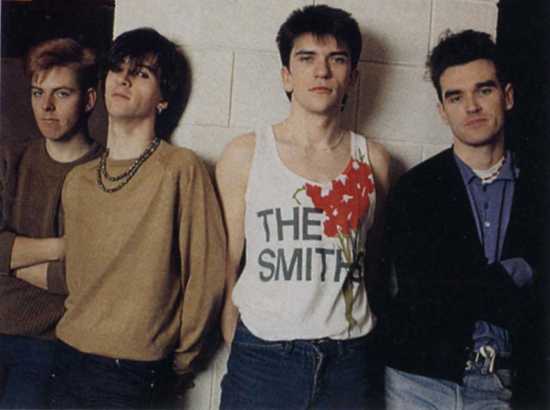 Number 10 because nobody died and not nearly as many fans were devastated as some more notable break-ups, the collapse of the Smiths came after an extremely fertile, yet brief period of musical creation (between 1982 and 1987), wherein each album got progressively better and more demonstrative of each musician’s growth. Splitting after a mere fourth studio album, and absolutely because the songwriting team of Morrissey and guitarist Johnny Marr was corrupted by the vocalist’s impossible ego, it’s tragic to think of what great body of work could have ensued had the two been able to work out their differences. A song title best sums up whose to blame: “Big Mouth Strikes Again.” But with the myriad compilations on top of four incredibly contentious albums, new generations of fans discovering the band for the first time get to experience musical enlightenment, the Smiths being a light that never goes out. 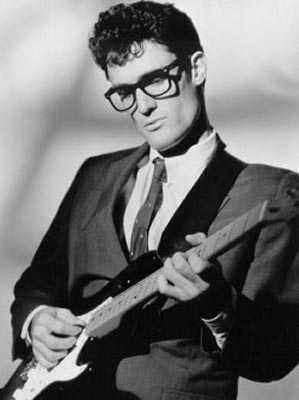 Killed far too young, in a plane crash at the age of 22, Holly went down in flames before he barely was off the ground. Producing some astonishing work for a musician of his age, his signature riffing and double-tracking techniques (not to mention glasses) would serve to inspire the styles and sounds of generations of musicians in his wake. Mixing country, blues and folk into an early form of rock and roll that was familiar yet uniquely his own, to think of what kind of transformations he might have undergone if he had lived to fully come of age (and coincide with Beatlemania, which blew up not long after his plane did). 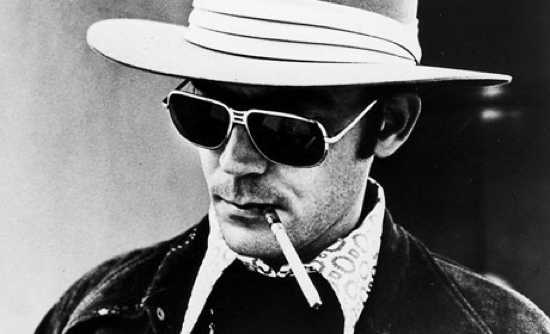 When Hunter S. Thompson took his own life by way of shotgun, an exit strategy he had alluded to earlier on, a noticeable void was left in the political atmosphere, much as was the case with his skull. In fact, politics have never had so much vigorous life as when he was alive and regularly offering his insight, which he was still doing even in his foggier years. Thompson was in his prime while trailing Nixon’s presidential campaign and subsequently his resignation, playing the best watchdog during a time of unabashed corruption. Also his unmistakable voice, use of colorful language, and heavy satirical appeal made interesting what most journalists presented as painfully straightforward as possible.

7
Break-up of The Beatles 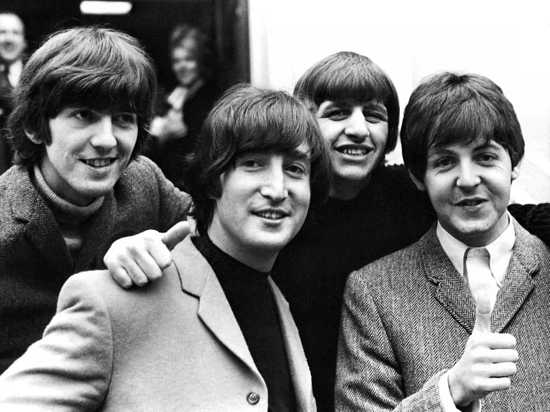 Frequently hailed as the number one rock band/musical act of all time, the death of the Beatles, often blamed on Yoko Ono and her distracting influence upon John Lennon, would not be the last time a band suffered for unmanageable tension between a pair of songwriters. While nary a band has undergone as many transformations and evolution cycles as the Beatles, it is still unfortunate that the foursome couldn’t resolve their difference for the sake of how important their work was. The impending dissolution, however, could be foreshadowed in the solipsistic lyrics in albums such as Abbey Road (their last); Paul’s lyrical contribution “Boy, you’re gonna carry that weight, carry that weight a long time,” has been said to refer to Yoko and John, and her literal weight, or just how much she was weighing him down. A bitter, vitriolic line like that made so public, permanently impressed on the cultural waxes, and disrepair sounds like an inevitable condition of a great band hanging on a greater friendship. The result: solo careers for all, and Ringo developing a false sense of importance over the period of forty years.

6
Destruction of the Library of Alexandria 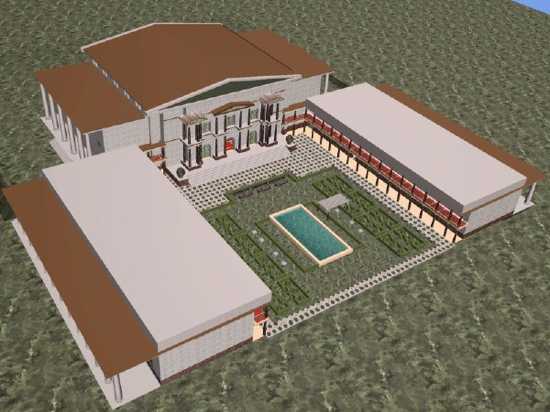 If knowledge is power, then the destruction of the Library of Alexandria left many minds utterly powerless as countless texts and documents were reduced to indiscernible ash. Destroyed in a Roman conquest of Egypt in 30 BC, a mass body of collective knowledge has been lost, and consequently we may have even been set back in a major way for having to retrace steps. After all, the Library was responsible for being the world’s memory; a blackout of such proportions is bound to leave us a little hungover. 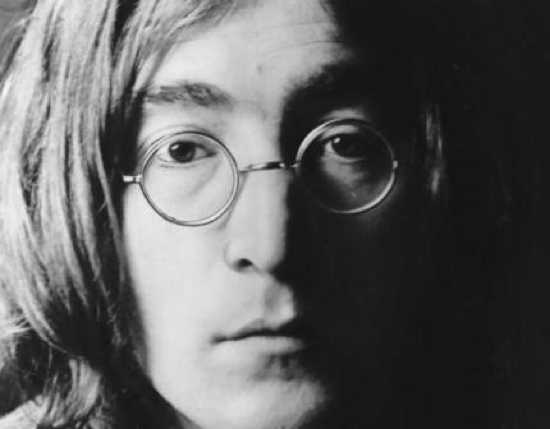 The murder of John Lennon was as shocking and horrible as it was unfathomable. John Lennon wrote songs about peace and love, and was killed by a deeply disturbed, yet somehow ideologically-driven individual, for whom he had recently signed an autograph. The result was an unimaginable amount of ideas and creative energy that died with Lennon’s physical form on December 8th of 1980. Countless mourned around the world, while mental illness provided a legally-viable reason against an otherwise completely justified death sentence, and incidentally, an unfair suspicion about anybody who would try to buy The Catcher in the Rye for decades to come. 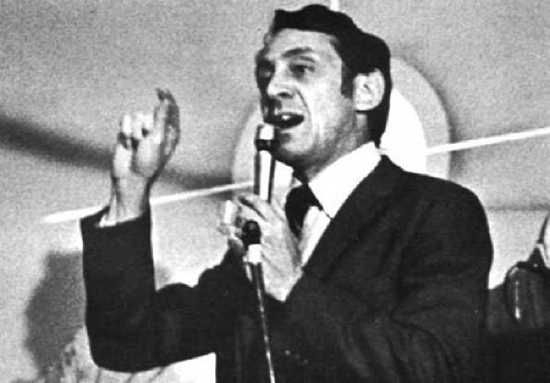 While he was an activist for a cause many would endanger his life over, he was slain by a fellow supervisor with a grudge. So he was killed needlessly by a recently replaced office-holder in a blind rage (a mayor was also killed), rather than over what he fought for. In his case, he fought for gay rights as the first open gay to be elected to a public office. For one, he sought to redress the persecution of gay teachers and other employees thought to be somehow corrupted, in spite of a society that alienates certain individuals based on their natural sexual disposition. Meanwhile, in present day, the squid is added to a long list of animals in nature that have gay sex and gay marriage has been legalized in New York, the biggest human melting pot in the U.S. Milk’s actions have made an empirical difference in our present culture, in the shaping of our status quo, and have opened up the eyes of former, ignorant paradigms. 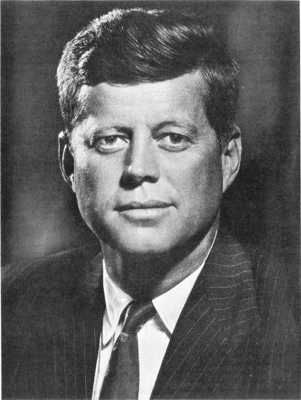 It was a black shroud on the nation when JFK was shot; it was an eye-opener and, at the same time, left many with their fingers over their eyes as a country of complacence was dealt a stark truth: safety isn’t guaranteed. If the President of the United States can be killed in broad daylight, how safe is the common citizen from the dangers that lurk within our own borders. Kennedy was always the perfect figurehead of a prosperous nation of seemingly endless possibilities, but leave it to a lone gunmen and ex-marine to open up and make tangible the possibility of having your head shot off. 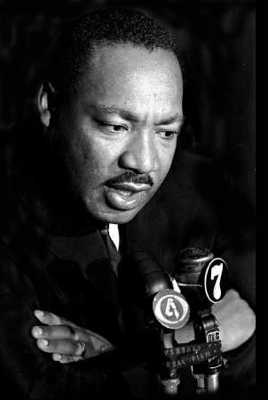 Championing change through peaceful exchange and powerful rhetoric, it was a harsh piece of punctuation to silence such philanthropic efforts with a bullet. Hate and racism were in full swing in the Sixties, but starting to show signs of stopping as segregation and government injustice were dismantling. King was a huge part of the country achieving unequivocal human rights, starting first and foremost with black Americans, who were receiving the very least of them all. Nonetheless, King’s death couldn’t stop his message from permeating time and influencing our present day thoughts on absolute tolerance. Still, we have ways to go before everyone can feel equally free, at least. Recently, a statue in his honor was erected in Washington D.C. (even though it does paraphrase his “drum major” quote). 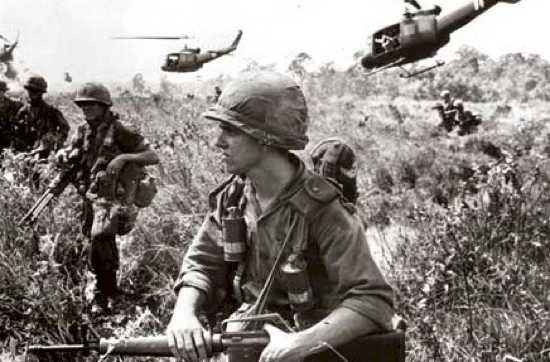 Finally, the greatest loss of all is not just that of life, but of the innocence of the living. While it’s terrible to acknowledge the number that were lost to the jungles of Vietnam in direct conflict, worse still are the numbers of innocent civilians that were needlessly killed and raped by indiscriminate soldiers. And while the horrors of war can only be so faithfully represented by Marlon Brando’s final words in Apocalypse Now, at home there was, and remains, readily available proof of neglect and mistreatment: “peace-minded” war protestors booing and hatefully greeting veterans upon arrival (many of whom were devastated psychologically and physically by the war, some brought home unshakable heroin addictions), and countless disabled and homeless who received little to no support from an unsympathetic government and unmindful citizens, even family members. If World War II brought out the best in every American, the Vietnam War surely brought out the worst.